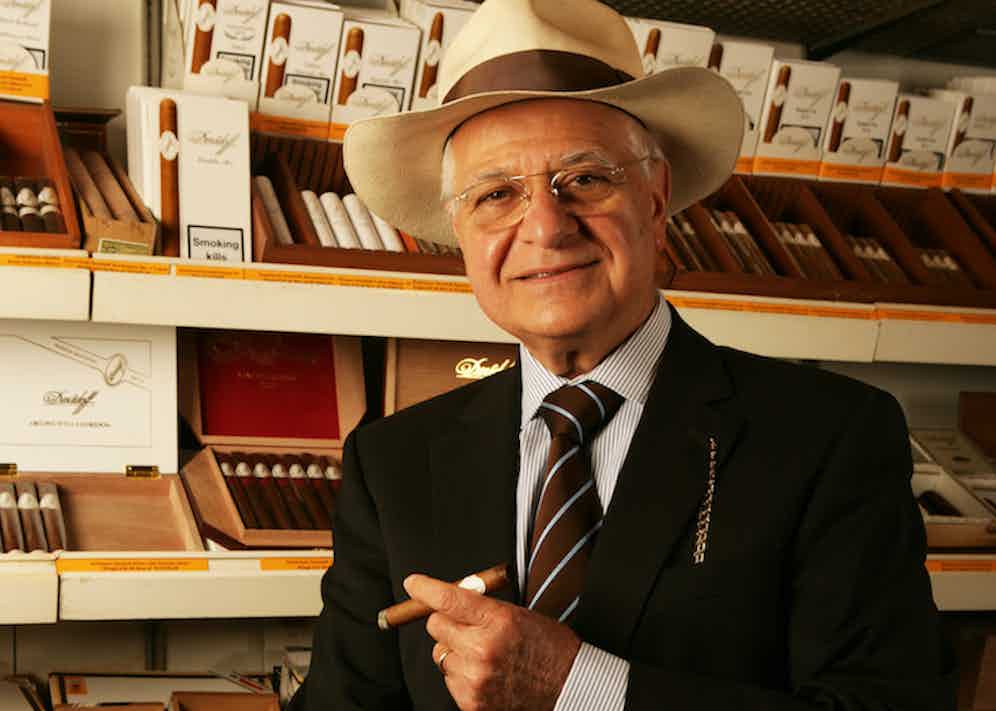 The awards season is finally over. After the Golden Globes, the BAFTA’s, SAG Awards and of course the Oscars, it all ends with a final award given for a cultural contribution that must be one of the more coveted, that of Havana Man of the Year.

Over the years, the award ceremony held in Cuba is designated to the person who has made a wider contribution to the promotion and significance of cigar smoking than anyone else. Past recipients include The Rake contributor Nick Foulkes, and MD of Hunters and Frankau, Jemma Freeman. This year it has gone to one of The Rake’s great friends, who with his son, runs the finest cigar shop in the world, Edward Sahakian of Davidoff of London. As with Leonardo di Caprio's Oscar, to the cigar cognoscenti seems almost impossible to see how the head honchos at Habanos took so long to reward such service to luxury arm of the tobacco industry. Most likely it is because if there was anyone less likely to be hunting such an accolade, it is Edward, who with great grace and modesty has become a stalwart of his trade.

Nick Foulkes is as unequivocal as we at The Rake are in our affection for Edward, saying, “I am delighted that my old friend Edward Sahakian has carried off the coveted Havana Man of the year title: the highest award that the Cuban cigar industry can bestow. With this award the Cuban government is acknowledging what informed cigar lovers have known for years - namely that Edward is Havana man of the year every year. He is worshipped on the Castro family’s island, I have watched the faces of wizened workers brighten with joy when they see him. He is revered as a living God - to walk with him around the factories is what I imagine it is like to stroll around the theologically appropriate temples with the Dalai Llama. I remember on one of my earlier visits to Havana about 20 years ago there was even talk from one of the factory directors - Benito Molinar who ran H. Upmann - that there would be a vitola named the Sahakito in his honour, as anyone who follows havana cigars knows these things take time and I hope that this follows soon as it is hard to think of a more effective and charming ambassador for the cigar. If you can detect a note of enthusiasm in my words then you are not mistaken and the fact that Edward now has this award makes me even prouder to say that I too have been a recipient of the famous silver statuette.”

I am lucky to regard Edward, and his equally ebullient son Eddie, as a friend. If I can claim any familiarity with cigars, and in the face of Edward’s encyclopaedic knowledge I cannot claim to know anything, it is because he has given freely of his time to help nurture my fondness and familiarity with cigars purely out of his unceasing and heavily entrenched enthusiasm of the source material. I know no men of more generosity, kindness, and who looks so good in a hat, as Edward. He is this year’s Havana Man of the Year and everybody at The Rake salutes this great man for unflinchingly taking all the legislation anti-fun governments throw at him, and looking it in the eye with a smile, a Cuban Davidoff No. 2 in his hand and a career acknowledged, as well it should be.