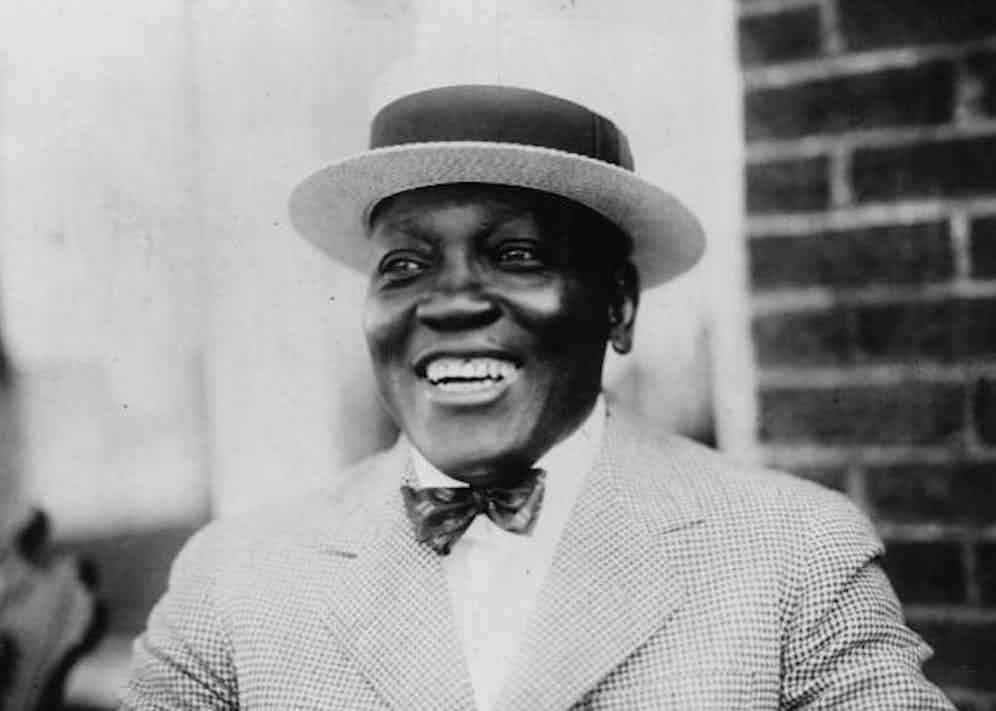 Forget the rumble in the jungle, or even the thriller in Manila. The most momentous boxing match of the 20th century — or possibly any other — actually took place in 1910, in Reno, Nevada. Jack Johnson, who had made history two years earlier by becoming the first black world heavyweight champion, was set to fight James Jeffries, a former champ coaxed out of retirement as the ‘Great White Hope’ to reclaim the title, and as the boxing authorities and wider society then saw it, to affirm the superiority of the white race. The stakes couldn’t have been higher; The New York Times, no less, declared that “If the black man wins, thousands and thousands of his ignorant brothers will misinterpret his victory as justifying claims to much more than mere physical equality with their white neighbours.”

When the pair finally met in the ring — on the fourth of July, deliciously — Johnson, perhaps following the Times’s lead, didn’t pull his punches. In front of a baying mob of more than 25,000 sozzled pimps, outlaws and gamblers, he knocked a visibly diminished Jeffries to the ground twice before the latter’s corner threw in the towel in the 15th round. The inconvenient result sparked racial riots across America in which more than 20 black men died, many lynched by the Ku Klux Klan. “It wasn’t just the championship that was at stake,” wrote Johnson in his autobiography, “it was my own honor, and in a degree the honor of my own race.” But Johnson was nobody’s fall guy, and certainly nobody’s patsy. As acclaimed filmmaker Ken Burns said in his 2006 documentary Unforgivable Blackness: The Rise and Fall of Jack Johnson: “Johnson in many ways is an embodiment of the African-American struggle to be truly free in this country — economically, socially and politically. He absolutely refused to play by the rules set by the white establishment, or even those of the black community. In that sense, he fought for freedom, not just as a black man, but as an individual.” Or, as his fans put it, in a reworking of ‘Amazing Grace’: “The Yankees hold the play / The white man pulls the trigger / But it makes no difference what the white man says / The world champion’s still a nigger”. 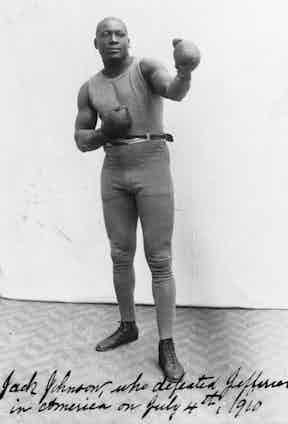 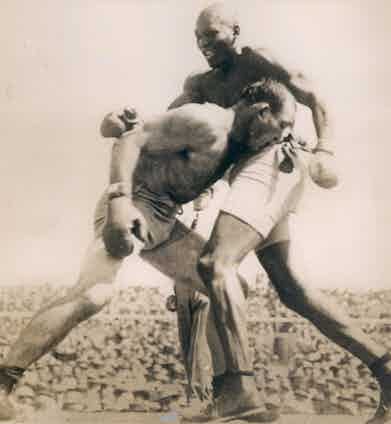 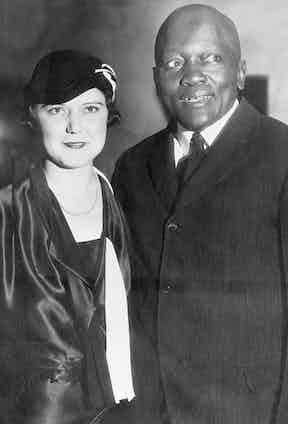 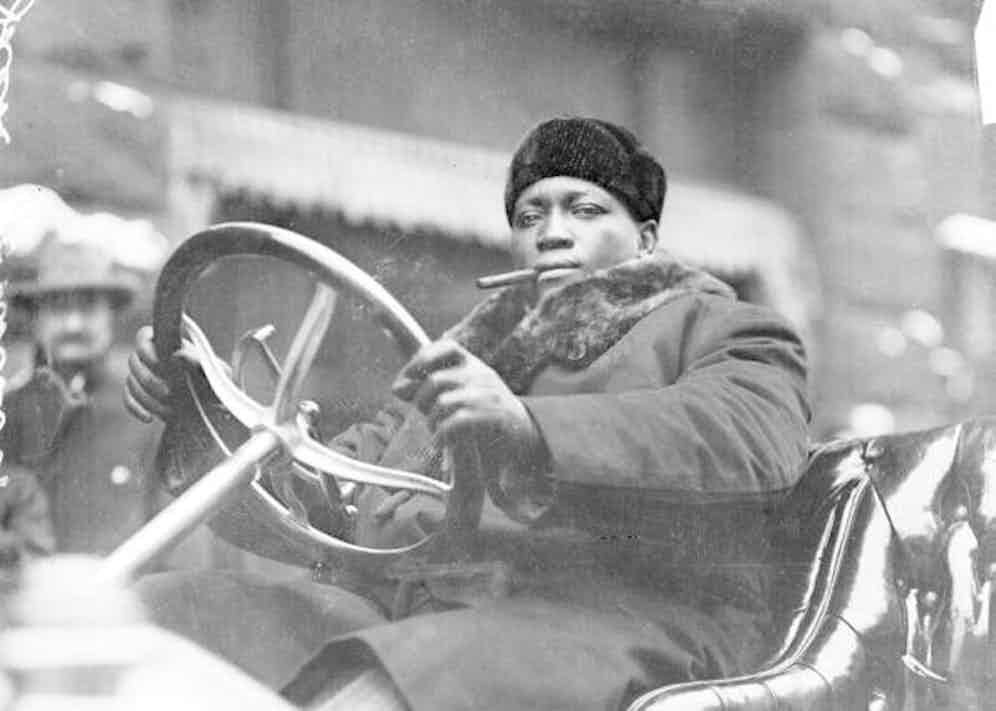 That spirit of exultant contrariness chimed perfectly with Johnson’s personality; he was a one-man awkward squad who delighted in getting up into the faces of his white supremacist pursuers, from the ornery folks of Galveston, Texas, where he was born in 1878, the son of former slaves, to the great and the good in Washington, London, and even Moscow, where he befriended the Tsar and hung out with Rasputin (perhaps recognising a fellow outsider and subversive non-conformist). Not only did he redefine the art of boxing with a gliding, balletic style that later icons like Muhammad Ali emulated (Ali himself called Johnson ‘Papa Jack’), but he also blazed an audacious, taboo-busting trail that made him one of the most stylish — and divisive — figures of the age. He whored and partied, had very public relationships with a series of white women (opining that he preferred their company to black women — he was nothing if not an equal-opportunity offender), favoured exquisite bespoke tailoring and mink coats, drove fancy cars with punch-drunk abandon, ran a series of nightclubs, spoke his own unique form of mangled French dialect, and mixed with gangsters, poets, princes and mad monks. He was one of the first celebrity athletes, appearing regularly in the press (usually provoking another drawing-room scandal; one reporter, on asking him the secret of his prowess after watching a procession of women enter his hotel room, received the nonchalant reply: “Eat jellied eels and think distant thoughts”), and starring in film vehicles like The Black Thunderbolt.

"One reporter, on asking him the secret of his prowess after watching a procession of women enter his hotel room, received the nonchalant reply: “Eat jellied eels and think distant thoughts”"

Johnson had learned to box as a teenager and became a professional at the age of 20, when, at six foot two, he was dubbed the ‘Galveston Giant’. But he had to wait 10 years, and many novelty-act exhibition-bouts, for the chance to fight for the world heavyweight title. He finally taunted the then-champion, Canadian Tommy Burns, into accepting his challenge, though it had to be relocated to Sydney to get round segregation laws. It was staged on Boxing Day 1908, a date Johnson took more than literally, battering Burns so savagely that the proceedings were halted by police. After his later triumph over Jeffries, and his emphatic refusal to live anything but the largest and loudest of lives, federal prosecutors, fearing that the pernicious example Johnson was setting to young black people might foment revolution in America, determined to destroy him as effectively as he dispatched his opponents. In October 1912, he was arrested for “transporting women across state lines for immoral purposes”; however, the (white) woman in question, Lucille Cameron, an alleged prostitute, agreed to marry Johnson and refused to cooperate. Less than a year later, however, he was arrested again on similar charges; and this time, another alleged prostitute named Belle Schreiber testified against him. The prosecution was brought under the Mann Act, intended to protect women against enforced prostitution, but conveniently loosely worded enough to be invoked against inter-racial relationships. Johnson was convicted in 1913 and received the maximum sentence: a year and a day in jail. However, with Lucille at his side, he chose to flee the country rather than to serve his sentence, living in exile in Canada, Europe and South America and Mexico. His reign as world champion ended when he lost to Jess Willard in Cuba in 1915; he returned to the US in 1920 and served his sentence, but by then, his career and his reputation were in tatters. The authorities, just as they had intended, had robbed a powerful symbol of his potency. 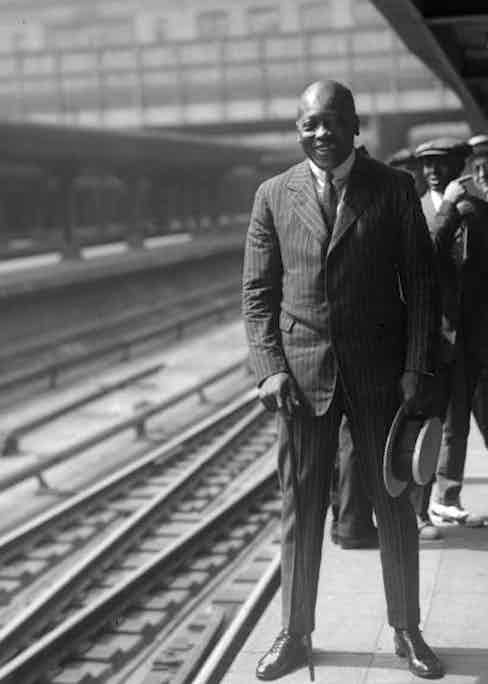 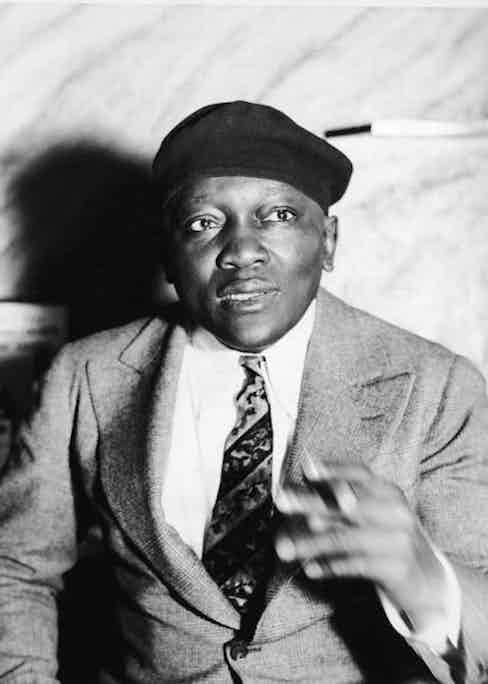 That symbolism — flamboyant, charismatic, rule-intolerant — has found powerful expression in a number of avatars since, both in boxing (Ali, Sonny Liston, Mike Tyson) and beyond (Malcolm X, James Brown, Kanye West). But Jack Johnson didn’t live to see any of them. He died in a car crash in June 1946, and was buried in an unmarked grave beside two of his wives. In 2009, the US Congress approved a resolution that a presidential pardon be granted Johnson, in an attempt to expunge the “racially motivated abuse” of the man many regard as the greatest heavyweight who ever lived, but President Obama has so far remained unmoved, and you get the sense that Johnson himself might well have cocked a snook at such a move toward posthumous respectability, being blithely unconcerned with the latter quality while he was extant. As the American sports writer John Lardner said at the time of his death, “Jack Johnson died crossing the white line for the last time.” That’s the kind of killer-blow tribute he’d have appreciated.