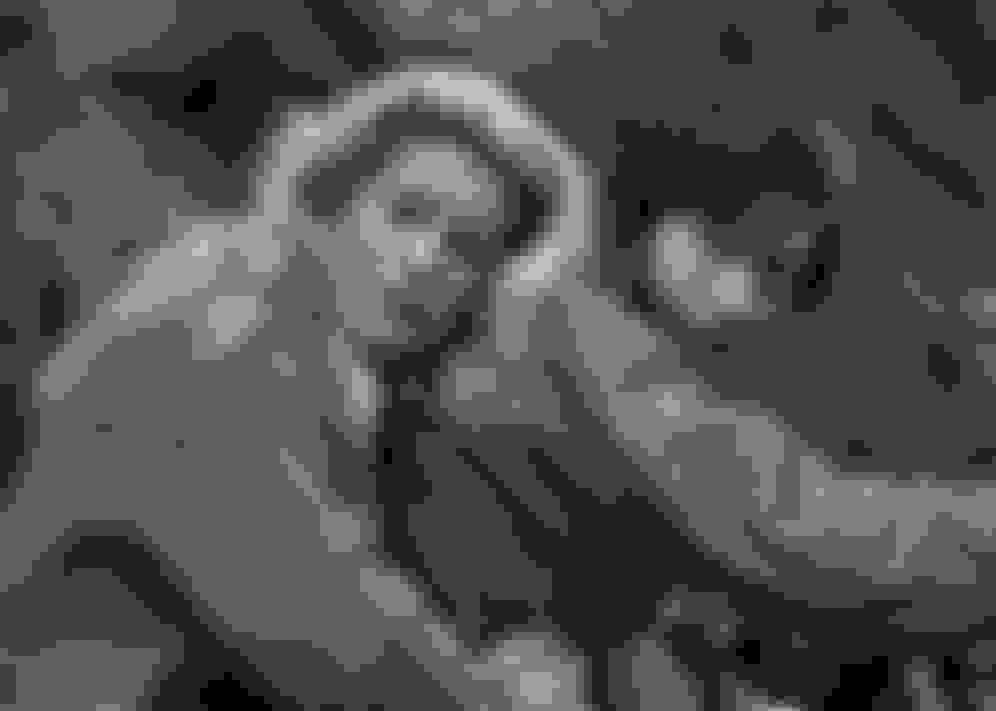 In 1966, the magazine Paris Match photographed Jacques Dutronc in a less-than-unenviable position. He is reclining on a bed in the offices of the Catherine Harlé modelling agency in white polo neck and black mohair trousers, encircled by a phalanx of the agency's top signings, who proffer bowls of fruit and Champagne cocktails like votive offerings. Dutronc had just referenced the Harlé agency in his single Les Playboys, which spent six weeks at No.1 and sold 600,000 copies; it was a hipster salon in 1960s Paris with It girls such as Anita Pallenberg, Nico and Anna Karina on its roster, and various photographers, filmmakers, Rolling Stones and members of Warhol's Factory passing through and crashing on its couches. Here, in the centre of it all, supine and supreme, is Dutronc, looking like the proverbial chat who got la crème.

In fact, Les Playboys, like all Dutronc's songs, is less a celebration of its swinging era and more a sardonic take on its cant and excesses. The barbed lyrics, delivered with an acerbity that makes Liam Gallagher sound like Nick Drake, dismiss the playboys - 'Habillés par Cardin et chaussés par Carvil' - and their allure, because Dutronc has a secret weapon that makes girls fall to their knees - and we're made aware, by the lubricious way he sings 'Un joujou extra qui fait crac boum hu' that he's not talking about a mere pistolet à bouchon. This bring-it-on attitude, coupled with his elemental garage-band sound, gave Dutronc a singular place in the French rock superstar pantheon, less chanson-indebted than Serge Gainsbourg, more winningly outré than Johnny Hallyday (an early acquaintance). Dutronc's closest stylistic soul-brother is probably The Kinks' Ray Davies, a fellow contrarian, pop-culture classicist, cigar smoker, and impeccable Mod dandy. But even Davies never got to marry Françoise Hardy. 'I've been lucky,' Dutronc has said, in his nicotine-inflected drawl. 'But,' he tends to add, 'you make your own luck, right?'

Dutronc is the archetypal Parisian flâneur. He was born in the 9th arrondissement in 1943 to a staunchly bourgeois family. By the early sixties he'd dropped a graphic design course in favour of cutting an enigmatic figure around Le Golf-Drouot, a tea room (complete with miniature golf course, hence the name) turned rock club, where he surveyed the world with quizzical detachment from his rarefied De Gaulle-esque height and played guitar in El Toro et les Cyclones (which wasn't even the worst offender among contemporary band names, as Hector & Les Mediators or Gil Now & Les Turnips might attest).

Today, Dutronc lives in splendid exile in the town of Monticello in Corsica, with a harem of felines (up to 30 at the last count, which would require numerous cartons of crème). Like his old mucker Gainsbourg, he's become the kind of magnificent ruin frequently wheeled on to 'enliven' those interminable television chat shows the French seem so keen on (and he's lost none of his diplomatic skills: he recently opined that he'd rather have Ségolène Royal, then campaigning to be France's first female president, not in the Éysée but 'in my home, with me and my mates'). But the glory of Dutronc's impudent-blade pomp is always ripe for periodic rediscovery. He's referenced on Cornershop's Brimful of Asha ('Jacques Dutronc and the Bolan Boogie/The Heavy Hitters and the chi-chi music') and lionised by contemporary Modfathers such as Paul Weller and Miles Kane. In fact, the latter has come as close as anyone to nailing the appeal of Dutronc's truculent savoir-faire. 'There's a photo of him standing somewhere with a ciggie,' Kane told one interviewer. 'It's all about how he wears a suit and that swag with it ... It's less about fashion and more about feeling, right? He had the stance, the extra va-va-voom.' Even Dutronc might find it hard to cock a snook at that assessment.