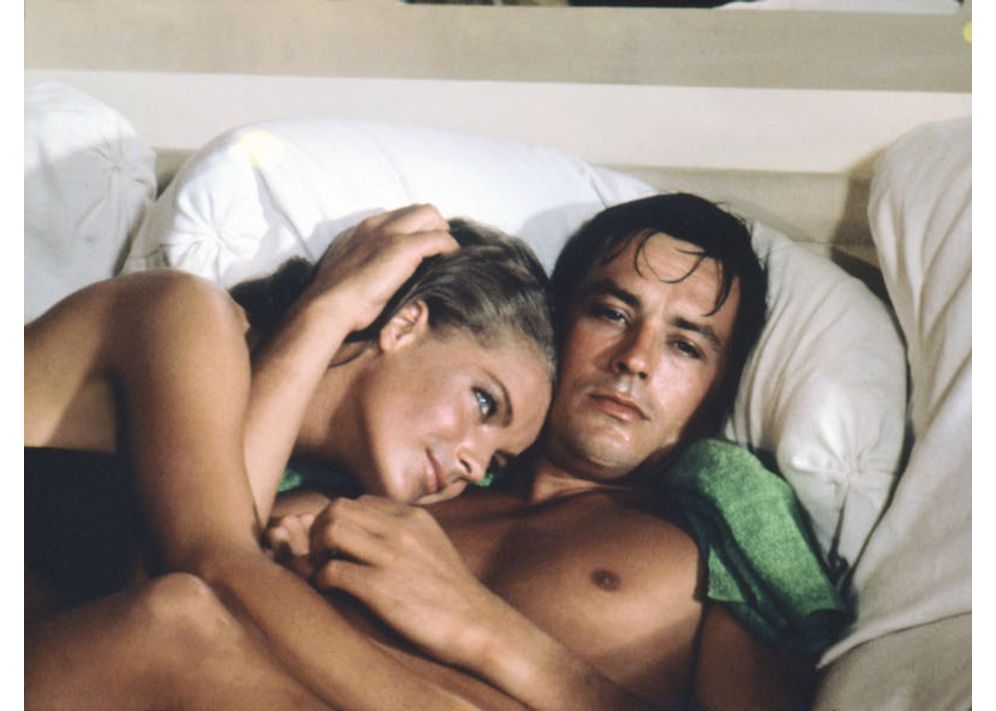 As stylish a film as it is, anyone looking for style tips from La Piscine, Jacques Deray’s 1968 meditative Mediterranean psycho-sexual thriller, might be disappointed. The clue, as they say, is in the name, for the cast of four spend their screen time in various states of undress. The bikinis, crochet mini-dresses, geometric, backless and robe trapeze dresses and diaphanous gowns may have been designed for Romy Schneider and Jane Birkin by André Courrèges, then four years out from Balenciaga’s tutelage, but the effect — and the film’s theme of jealousy (sexual and otherwise) — tends towards nakedness. The men, played by Alain Delon and Marcel Ronet, are no less body-conscious: skintight swim shorts in psychedelic or paisley prints for their scenes at the pool, and, away from it, fitted trousers, big, groin-signposting belts, loafers, and semi-transparent, blousy shirts, with only a hyper-masculine Lee Rider denim jacket or suede over-shirt for the chillier evenings.

On any other nationality, you’d think there was a prescient channelling of Tony Manero. Indeed, if the film, which is being remade with Tilda Swinton, Ralph Fiennes and Dakota Johnson, of Fifty Shades of Grey fame, offers any style advice, its golden rule under a golden sun is this: shirts must, on all accounts, be worn undone to the navel, as though one is, frankly, too cool, too bohemian or too French to be bothered to do one’s shirt up. Well, it does get hot on the Côte d’Azur, and those checked cheesecloth numbers, or the chambray work shirt, look on the heavy side in this sunshine. Perhaps closed collars would present a risk of a fire hazard — Delon is rarely without a cigarette seemingly glued to his lower lip, smouldering away like his misguided passion. No wonder the film has inspired recent collections from the likes of Salvatore Ferragamo and ad campaigns for Dior’s Eau Sauvage.

"It is a story of long eye contact of uncertain meaning, of lascivious looks, of a kind of slow, self-destructive voyeurism, and of dialogue as minimal as the wardrobe."

Certainly, La Piscine has a good chance of being recognised as the most Gallic of the French films made in the post-nouvelle vague period. With this decidedly upper-middle- class movie as languorous in its pace as one might feel in the heat, every few minutes viewers are left with the need to jump into a pool as mentally refreshing as the perfectly blue centrepiece must feel physically. It is a story of long eye contact of uncertain meaning, of lascivious looks, of a kind of slow, self-destructive voyeurism, and of dialogue as minimal as the wardrobe. Intentionally or not, the more sexually loose the protagonists become, the more buttoned-up their dress becomes — Schneider graduating to mumsy, preppy shirt and pedal pushers, Delon to a black T-shirt. It’s as though they want to cover up their indiscretions. Sunglasses, characteristically huge, are worn less and less. The characters literally see the light.

They also talk about the weather a lot — not just a British trait, after all — and when they are minded to offer anything deeper, it is deep in the cod-philosophical way that comes across as distinctly French. “Some nights anything goes. Almost anything”; “How quickly things change”; “You have to change your own desires, not the order of the world”; “In the end one always has to choose, even between the worthless” — these are just a few of the ‘big thoughts’. That latter comment comes from an 18-year-old, as she requests that someone pick one of the two dough balls she has rolled from the remains of her baguette. So much for table manners from the home of haute cuisine. 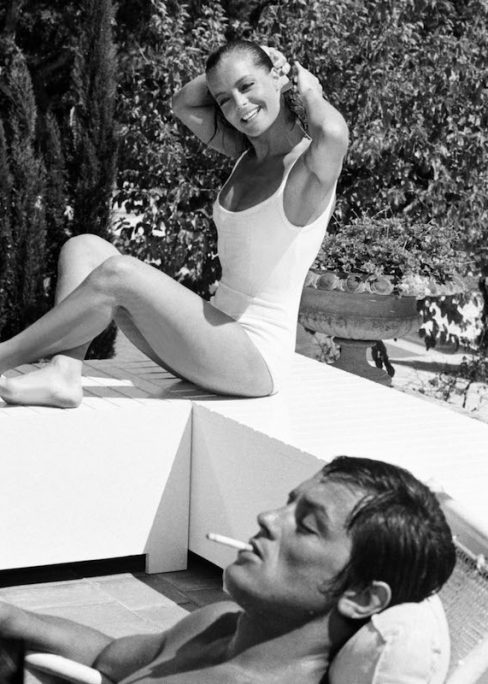 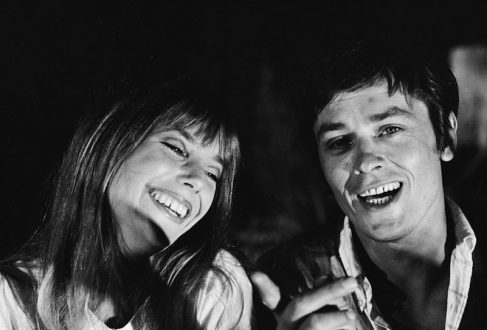 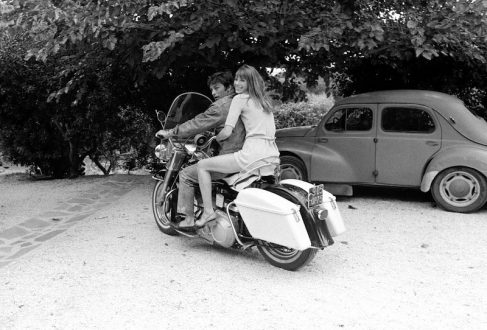 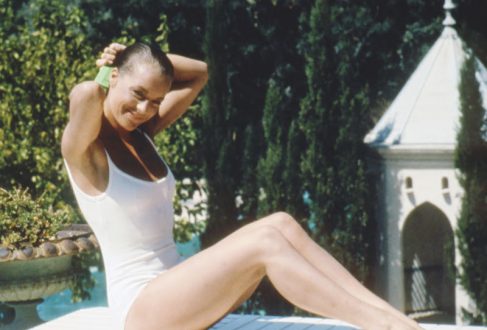 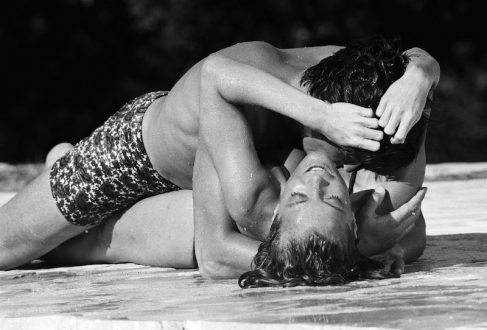 This is the kind of movie that is so French, in fact, that couples give their partners permission to sleep around. Apparently, “you have to add spice, otherwise it’s a bit bland”. Harry is talking about rice, but he might as well be talking about relationships.

Even in France, La Piscine must have seemed a curious, albeit critically and commercially successful, release for the times, with the cities rocking under street battles and radical student protest. Indeed, social theorists cited the swimming pool — this instrument of both leisure and, as we discover, of death — as a symbol of the problems with invasive, American- style consumerism. The film’s plot is skimpy, too: Delon plays Jean-Paul, a failed writer now working in advertising. He is holidaying in a friend’s villa with his girlfriend, Marianne, played by Schneider. They are visited by Jean-Paul’s old, now more distant friend Harry, a musician, played by Ronet, and his daughter Penelope, played by a distractingly toothsome Birkin in her first French-speaking role (and it shows). Harry and Marianne used to be lovers, and Jean-Paul suspects that the fire has not yet been extinguished.

As they mill around their pop-art interior and luxuriate by the pool, to a soundtrack comprising French pop and, sweet release, Michel Legrand’s jazzy score, the sexual tension mounts, Jean-Paul edging towards making a move on Penelope, Harry and Marianne growing mildly flirtatious. But so does an undercurrent of old-fashioned, non-sexual jealousy — for Jean-Paul of Harry’s success. He arrives at the villa in the best-dressed character in the film, a maroon Maserati, symbolic of his wealth and perhaps, too, of his sexual potency. Indeed, shots of it powering along the coast road are intercut with the camera poring and pawing over Marianne’s naked body. Small wonder Jean-Paul asks Harry, “Will you let me try your monster?”

"Social theorists cited the swimming pool — this instrument of both leisure and, as we discover, of death — as a symbol of the problems with invasive, American-style consumerism."

Certainly, their chat grows ever more catty. “The ditty business must be booming,” Jean-Paul says to Harry on inspecting his monster. “You’ve given up writing?”, Harry asks Jean-Paul, rhetorically. “You did the right thing.” No surprise, then, that — spoiler alert — Jean-Paul ends up drowning a drunken Harry in the pool. Perhaps he was pissed off at having lost that swimming race to the father of a teenager. Perhaps the lesson is that one should never drink and dive. The reason is never made clear. The murder is almost on a whim. Eau sauvage — savage water — indeed.

Of course, the pool is more than just a vehicle for an atrocity, and, it must be said, a rather ill-thought-through cover-up, in which clothes finally become integral: Jean-Paul undresses Harry’s body and takes fresh, dry clothes from his wardrobe and leaves them pool-side to suggest a midnight dip gone terribly wrong. As notes the dubious Detective Leveque, from Marseilles — as he announces himself, in the manner of a less bumbling Clouseau — not only do the clothes show no signs of perspiration or alcohol, as they might do after a day of boozing in the sunshine, but apparently Harry even forgot to take off his expensive gold watch before diving in. Do you ever swim in your watch?, Leveque asks a suspect Jean-Paul. “Sometimes,” he replies. “Mine is waterproof.” So there, Monsieur Inspector. It’s the triumph of technology.

The swimming pool, meanwhile, is more triumph of metaphor. It’s symbolic of repressed desires, ‘just below the surface’, of water as the source of life, of innocence, awakening — literally, in one scene — of baptism and of purification. For one, that purification is found in death; for another, in a new self-knowledge; for another, in the simple awareness that, wisely, “I will never swim that pool again”. Still waters run deep, as many a movie — from the 1968 Burt Lancaster vehicle The Swimmerto François Ozon’s 2003 lm Swimming Pool— has recognised. In La Piscine, the pool is central to both the opening and closing scenes — the first with Jean-Paul sunning himself, all hedonism and sex, the last staring into the blue, all nihilism and void. Tellingly, Penelope, the only character to retain some innocence, is also the only character to refuse to get into the pool.

The waters ran deep for the cast. Indeed, their experiences were probably of greater human interest than the fiction. Birkin was on the brink of leaving Serge Gainsbourg — fast becoming the Burton and Taylor of French culture, and with whom she had just recorded the heavy-breather hit Je t’aime Moi Non Plus— when she landed the role, a move into the big time that encouraged Gainsbourg to pay more attention. Schneider and Delon were acting together a decade after having been real-life partners. Delon is said to have cheated on Schneider while they were engaged, getting another woman pregnant and then leaving Schneider for her. Saddest of all, Schneider — who took on the role after Jeanne Moreau turned it down (beautiful people only need apply) — faced a series of personal tragedies over the following years: her teenage son was accidentally killed and she turned to drink and drugs, which eventually ended her life, too.

Even the film suffered, in its way. Its unsettling, challenging ending — Marianne uncovering Jean-Paul’s murderous deed but, as though it was some twisted indication of his love, taking him back anyway — saw it renamed the less ambiguous The Sinnersfor its U.K. release and rejected outright for Spanish release by Franco’s censors, who disliked its moral uncertainty. So, as the movies might, but as life never does, an alternate ending was cut. In the Spanish version we see a police van arrive, the clear inference being that the game is up for Jean-Paul. All that existentialism gets washed away in the process and the movie goes Hollywood. The cut by the French, so in love with bourgeois illusion, and the darker truths behind it, clearly had it right. 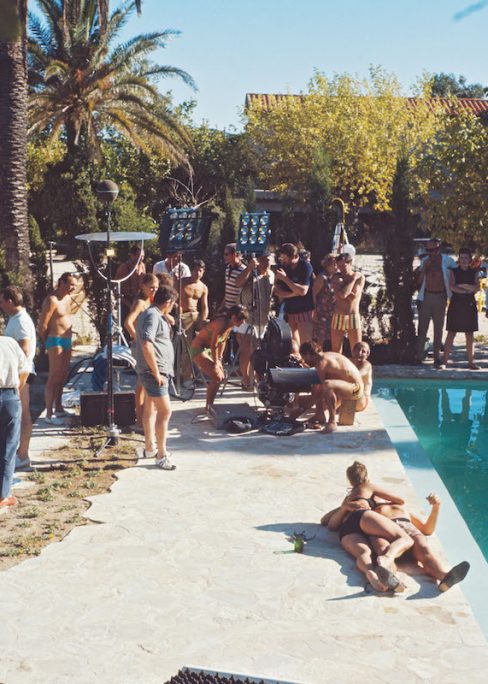 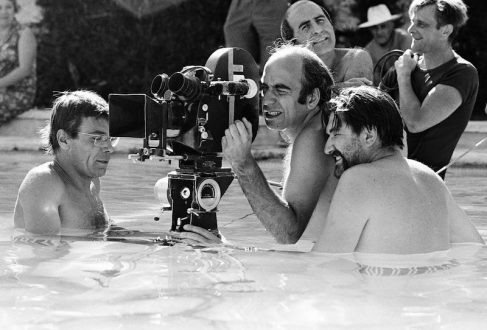 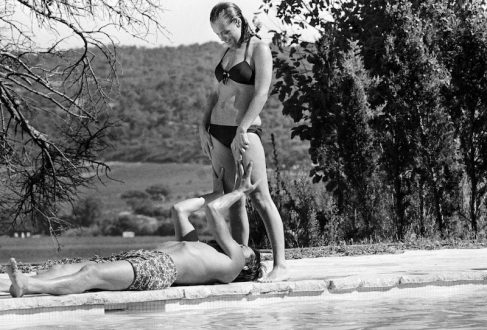