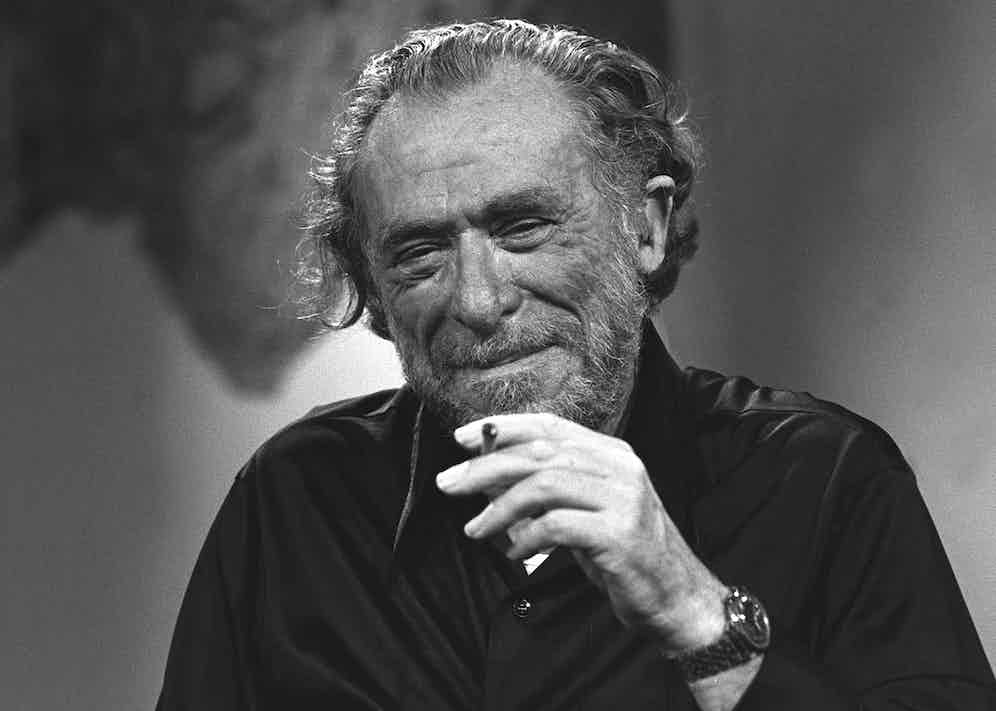 Like Hunter S Thompson, Edgar Allen Poe, Jack Kerouac and Dylan Thomas, he packed a cast-iron constitution that allowed his best work to be produced in a fug of intoxicants. The way his narrative tentacles delved into the underground passages of post-War American culture placed him on the peripheral edge of the Beat Movement camp, along with Allen Ginsberg, William S. Burroughs and, again, Kerouac.

But what earns poet and novelist Charles Bukowski his place here, in a month that we celebrate men who reach fruition in their latter years, is his entry onto the scene well beyond half-way through his years on the planet – something that puts him in the same literary late bloomer camp as Mark Twain, William Faulkner and Samuel Beckett.

“The Laureate of American Lowlife,” as Time once called him, was 49 when, in 1969, publisher John Martin offered to pay him $100 every month for the rest of his life, on the proviso that he swap the post office sorting desk for the typewriter. From that time onwards, in a little sun-baked bungalow on East Hollywood’s Longpre Avenue, a smell of bacon fat and cigar smoke emanating from its windows, Charles Bukowski lived, drank and wrote the lust-and-liquor yarns - thousands of poems, hundreds of stories and six novels in all – that imbued horseracing, boxing, fights and fornication in skid-row hotels with a tarnished glamour.

Bukowski’s work could never have been penned by a younger man. Over those decades of obscurity - of being deemed a blue-collar nobody by everyone bar the obscure magazine editors who, unlike Harper's and Atlantic Monthly, published his work with evangelistic zeal - an existential angst seeped into Bukowski’s sub-conscious, where it became galvanised by the psychology of resilience into something prickly, caustic and droll. Without 16 soul-corroding years in a cubicle slotting letters into pigeonholes, the alter-ego narrator in his debut novel Post Office could never have written one of its most famous passages:

“I got drunker and stayed drunker than a shit skunk in Purgatory. I even had the butcher knife against my throat one night in the kitchen and then I thought, easy, old boy, your little girl might want you to take her to the zoo.”

His years in the wilderness – not just during two postal service stints, but the decade odd-jobbing and boozing around America, the three tempestuous marriages, the endless submitting of work into publications – stripped his work of artifice, spin and self-presentation: inherently youthful tendencies in an artist. That is why his first four novels, via his literary alter-ego Henry Chinaski, depict aspects of his own life - vile parents (his father used to beat him twice a week with a razor strop), stark misanthropy, predilection for prostitutes, rampant dipsomania – with such painful candour.

"Charles Bukowski lived, drank and wrote the lust-and-liquor yarns - thousands of poems, hundreds of stories and six novels in all."

To read these novels is to understand what one of the women in Bukowski’s life meant when she described him as being dedicated to the “de-Disneyfication of all of us”. Stephen Kessler of the San Francisco Review of Books put it another way: “Bukowski writes with no apologies from the frayed edge of society.”

Naturally, maturity also equipped Bukowski with wisdom – “Young or old, good or bad, I don't think anything dies as slow and as hard as a writer,” as he put it himself – as well as discipline: professional, that is, not personal. Post Office catalogues the twelve-hour shifts which preceded writing sessions accompanied by a stack of four-packs and several quarts of whiskey, and it’s hard to picture a much younger artist combing their revelling with prolific creative output in the same way.

Bukowski has been called a number of things, before and after his death from leukaemia in 1994: one of the greatest American poets by Henry Miller, Jean-Paul Sartre and Jean Genet, but a misogynist, an archetypal drunk and a homophobe by his detractors. In the 1987 film Barfly, Mickey Roarke portrayed him as a crotchety, lecherous quasi-vagabond: a portrayal not considered libellous enough by Bukowski himself to prevent him making a cameo appearance.

Perhaps the most measured take on Charles Bukowski though – and one which sheds the most light on his status as the ultimate literary ‘eminence grise’ – comes from Gerald Locklin, a poet and Professor Emeritus of English at California State University: “I think of him as a survival study. This guy has not only survived problems that would kill most men, he's survived with enough voice and talent left to write about it. You know, you're always running into people in bars who say that if they could only write about their lives, it would make such great reading. Well, they never do, of course. But Bukowski has.” 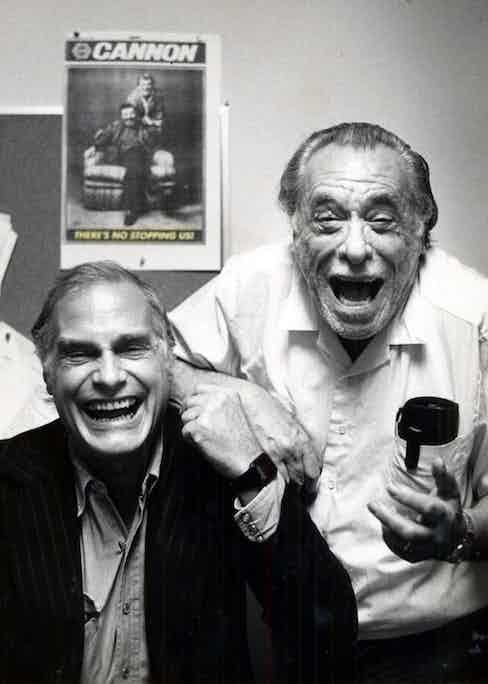 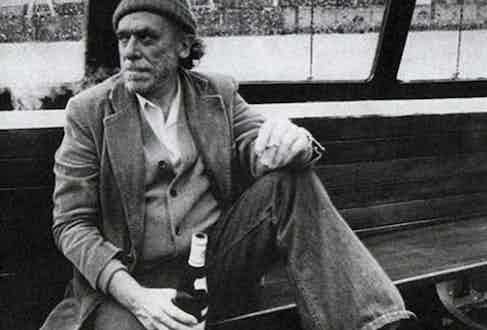 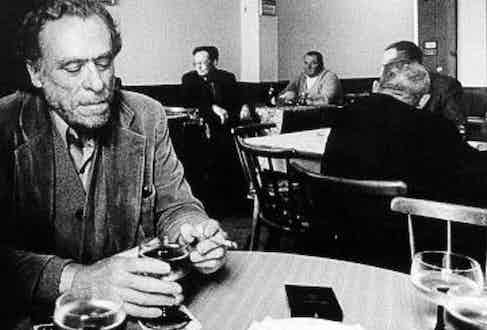 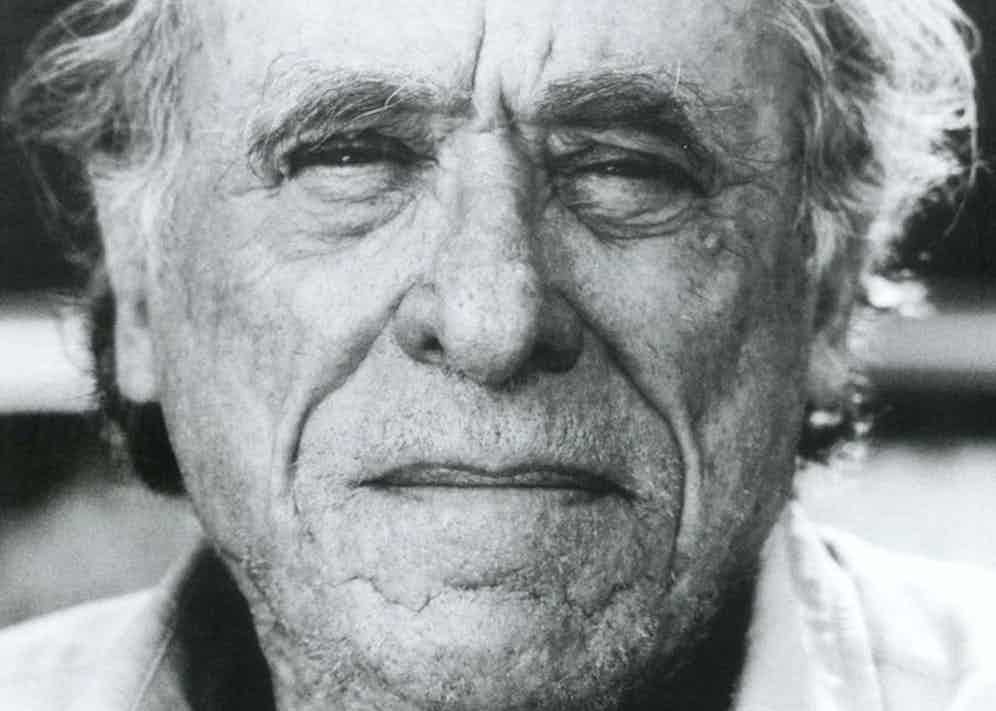