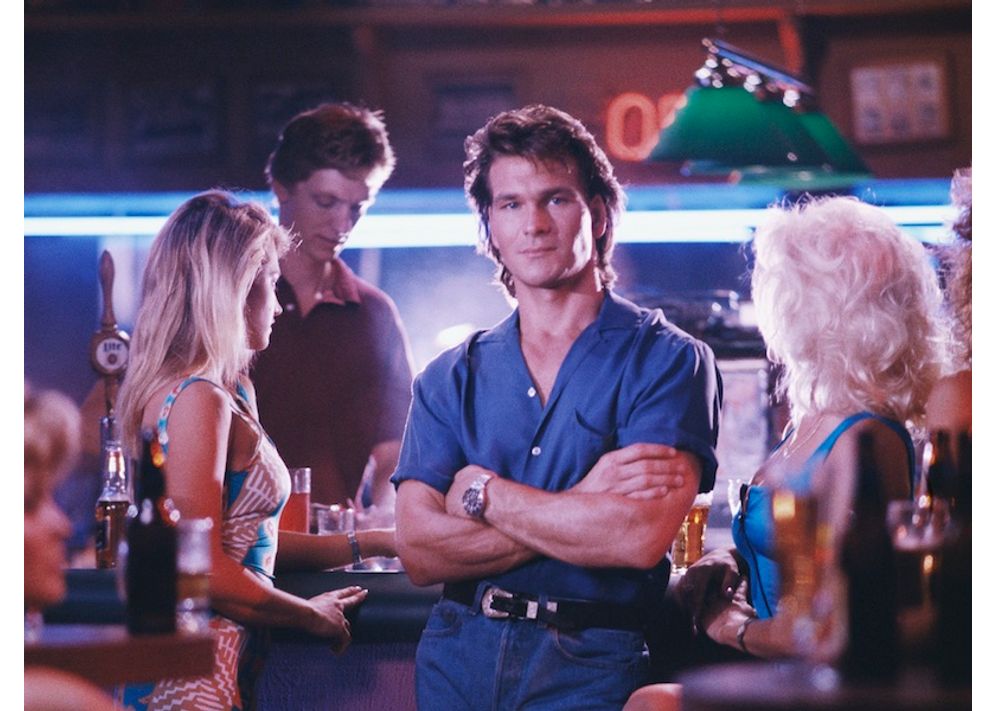 Not long ago, I found myself, through no fault of my own, at the stage version ofDirty Dancing. As expected, the auditorium wasoestrogen-heavy, and as the rough-diamond dance teacher, Johnny Castle, got to grips with the artless Frances‘Baby’Houseman and helped her unleash her innertwerker, the women around me responded with shining eyes, flushed faces, and the occasional whooped exhortation (there mayhave been hen parties present). The deathless line“Nobody puts Baby in the corner!”was greeted with a tumultuous cheer, and the climactic masssingalongsuggested that, yes, the punters had had the time of their lives, and they owed it all to…whom?

“Let’s not kid ourselves,”my companion said,towellingherself down in the lobby afterwards.“The guy playing Johnny was fine, buteveryone in that audience had the image of Patrick Swayze in their mind’s eye.”

She was right, of course. The 1987 movie madeSwayze’s name asanactor who brought a kind of loopy intensity to unpromising B-movie material, elevating it into pop-culture immortality, whether it wasDirty Dancing’s hackneyed coming-of-age story or the bonkers F.B.I.-rookie-infiltrates-surf-dude-bank-heist-gang set-up of 1991’sPoint Break. It didn’t hurt that he’d studied at theJoffreyandHarknessballet schools in New York before turning to acting, and exuded physical grace in all his roles, whether he was quick-stepping, brawling, orwave-riding. It also didn’t hurt that, with his tousled coif, sharp cheekbones, nutritiousdemeanour, and penchant for denim jackets with rolled-up sleeves, he could have been the fourth member of the wholesome Nordic pop trio A-ha. But it was his abilityto deliver ironic T-shirt-ready lines like“Pain don’t hurt”(Road House, 1989) or“It’s not tragic to die doing what you love”(Point Break) completely deadpan, without a trace of self-consciousness or a knowing wink, that was really winning. While his peers got tangled up in Method madness or phoned in their performances, Swayze exuded a kind of artless sincerity with every take. And in an era when most actors who rose to the bedroom-poster level of fame played either to the girls (Rob Lowe, Michael J. Fox) or the guys (Arnie, Stallone, et al), Swayze’s appeal transcended gender. Women couldfantasiseabout mambo-ingwith him at the Sheldrake (and obviously still do), while men could imagine him as a clued-up, hard-knocked butZenned-out big brother.“People don’t identify with victims,”he once said in an interview with the Associated Press.“They identify with people who have the world come down on their heads, and who fight to survive.” 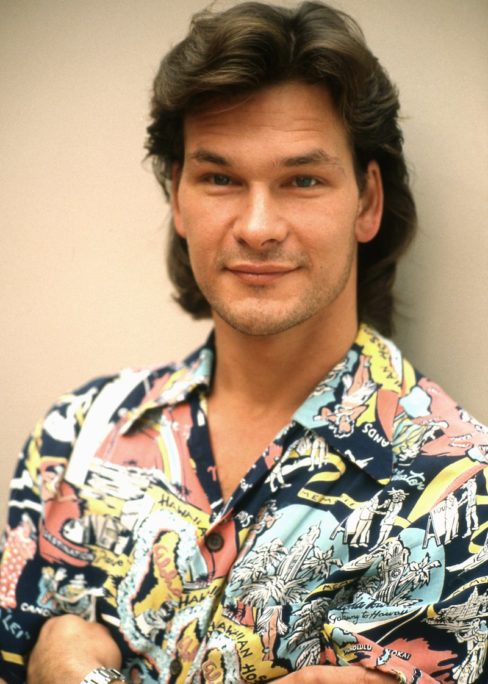 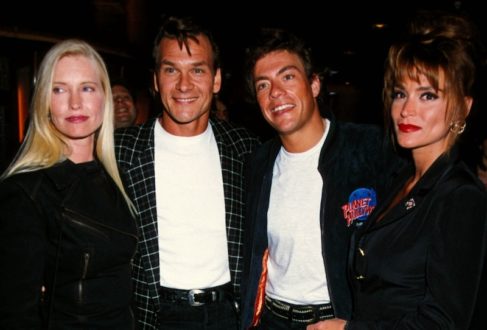 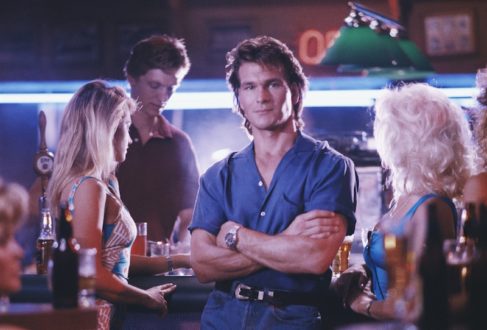 Spoken like a true obdurate Texan. Swayze was born in Houston in 1952; his father, Jesse, was an engineer and rodeo cowboy (his son would later buy a ranch in the San Gabriel Mountains, opining that, in contrast to the Hollywood schmooze,“your horses don’t lie to you”), while his mother, Patsy, was a dance instructor andchoreographer. He began dancing as a child— “I kind of came out of the womb onstage,”he said later—for which he was mercilessly ribbed.“I was also a student athlete, until I got a football injury,”he said.“But dance was the thing for me. It taughtme so much about movement, stillness, expressiveness, when to hold back and when to let go.”It also brought him a lifelong partner in LisaNiemi, a fellow Houstonian. The pair met at his mother’s ballet school when she was 15 and he was 19, and they married in 1975.

Swayze eventually became a member of New York’s Eliot Feld ballet company, and made his Broadway debut in 1975, hoofing it up inGoodtime Charley, before being cast in the original Broadway version ofGrease, eventually taking over the lead role of DannyZuko. Hollywood producers noted his feline suppleness—and his way with a leather jacket—and he made his screen debut in 1979’sSkatetown, U.S.A., a roller-disco movie starring ScottBaio, in which Swayze played Ace Johnson, a local hood atthe head of a fearsomeStarlight Express-style posse. He could already see the potential pitfalls of typecasting, however.“It seemed like I could become a teenybopper star with not too much trouble,”he told Toronto’sGlobe and Mailnewspaper in 1984,“but I knew if I accepted that, it would take years to win credibility as a serious actor.”

Instead, Swayze built a reputation as a character scrapper, taking on everyone from invading Russians to Union soldiers and rich kids inMadras shirts—always witha somewhat forbearing, this-hurts-me-more-than-it-hurts-you mien—in the early eighties likes ofThe Outsiders(alongside Tom Cruise and Matt Dillon),Red Dawn, and the T.V. mini-seriesNorth and South. But it wasDirty Dancingthat proved he could be alover and a fighter.“In the film, dance is not so subtly used as a metaphor for sex,”wrote thePhiladelphia Inquirer’s movie critic Carrie Rickey,“and, yes, Swayze’s totally buff, but his dance training helps to establish a slow-burn physical rapport onthe floor. Look at the attentiveness andfocus,his hungry eyes fixed on Jennifer Grey’s, his concentration on her performance. It’s both powerfully romantic and deeply sexy. There’s a moment where he kind of leaps off the stage, and I heard a collectivegasp from the audience in the movie theatre. It was like watching Baryshnikov crossed with James Dean.” 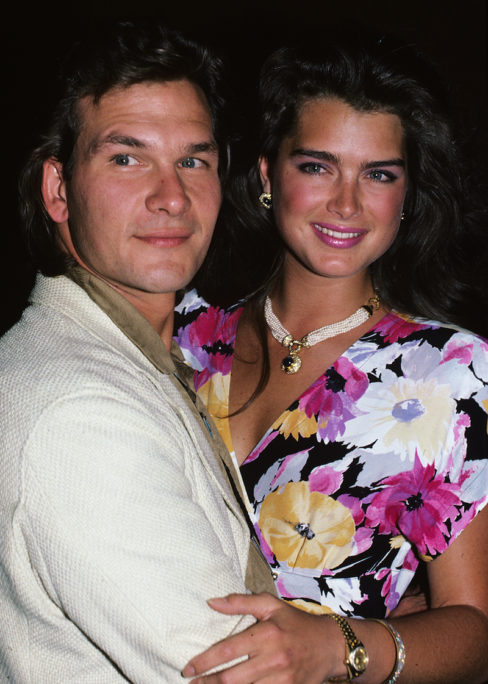 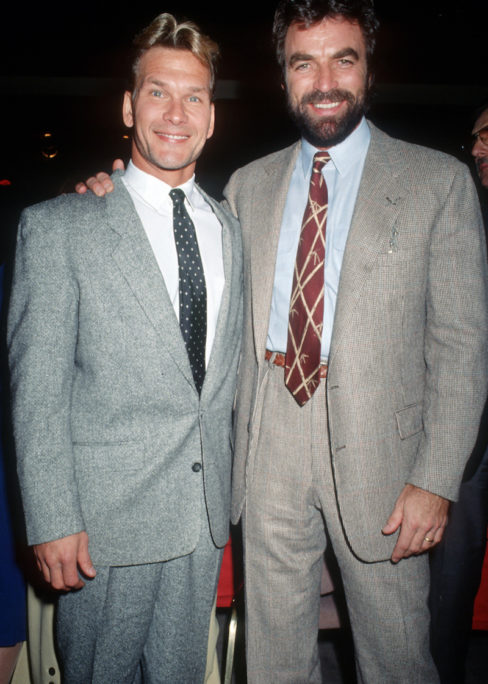 IfDirty Dancingput Swayze on the romantic-lead map, 1990’sGhostsent him into the stratosphere. His character, an archetypal loft-living yuppie banker, is murdered early in the film and spends the rest of it as a spirit, desperately trying to communicate with his fiancée (Demi Moore). He seizes his chance, quite literally, when she’s seated at her potter’s wheel, spectrally spooning her as the gooey vessel beneath her trembling hands gets progressively wonkier and the Righteous Brothers’Unchained Melodyswells on the soundtrack. It’s a scene that doesn’t so much flirt with ludicrousness as get well beyond fourth base with it, and it gave birth to a thousand parodies, yet it works, thanks to Swayze’s emotional commitment. He was proud ofGhost, as he told theSan Francisco Chroniclein 1990:“I needed to do something that affected the audience in a positive way, made them feel better about their livesand helped them appreciate what they have.”

If you want the essence of Swayze, however—that combination of macho swagger and fluid elegance that seems to serve both as affirmation of unreconstructed masculinity and a critique of it—look toRoad HouseandPoint Break. In the former he plays John Dalton, a philosophy graduate turned nightclub bouncer who defends a bar in small-town Missouri from a band of local gangsters with a mixture of martial arts chops and Zen restraint, dishing out haikus along with joint locks. In the latter, his blonde-ringleted, skateboarding-surfing, Reagan-masked bank robber is named Bodhi (short for Bodhisattva; Swayze was a student of Buddhism in real life), and his spiritual equilibrium coexistsunproblematicallywith a readiness to kick ass. The final scene, in which Bodhi, cornered by the F.B.I., chooses to submit to the ultimate,unsurfablewave rather than surrender to the law, showcases Swayze’s deranged grandeur at its dizziest height (and surely went on to inspire thewhacked-out character of Hansel, the nemesis of Ben Stiller’sZoolander). 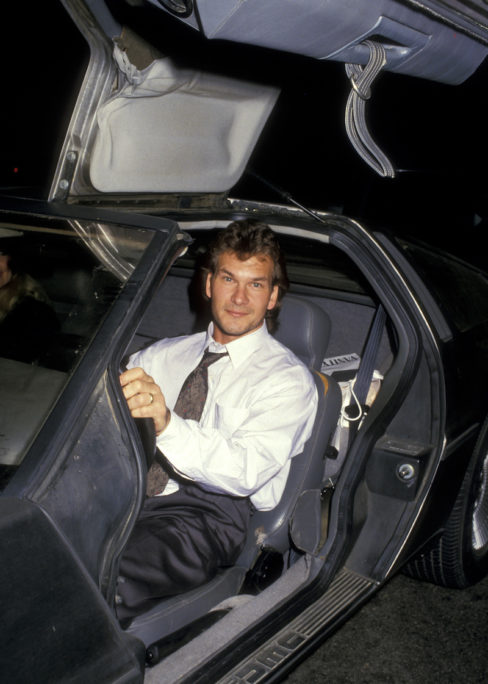 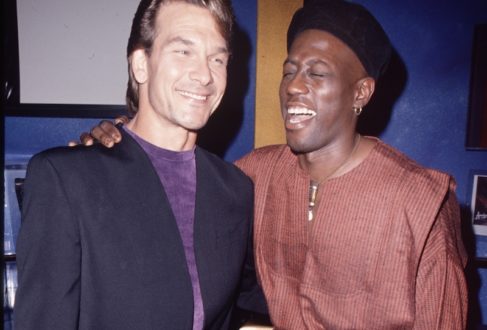 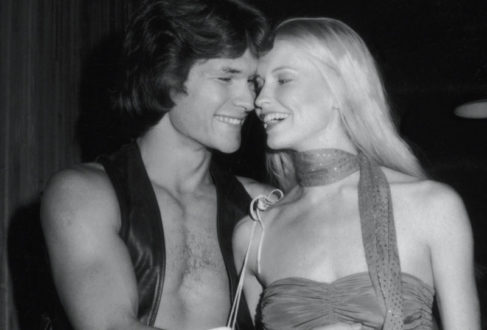 Following Swayze’s imperial phase, he popped up in a series of disparate roles—a drag queen inTo Wong Foo, a noble doctor inCity of Joy, an obnoxious motivational speaker inDonnieDarko—all of which were testament to a restless spirit.“The only plan I have,”he told theChicago Sun-Timesin 1989,“is that every time people have me pegged, I’m going to come out of left field and do something unexpected.”But middlebrow roles in worthy projects didn’t suit his brand of blissed-out absurdity.“Critics rarely praised his acting ability,”notedThe New York Timesdrily.“At best he was commended for his athletic presence and stalwartdemeanour.”

There was a heroic amount of the latter on show after Swayze was diagnosed with pancreatic cancer in January 2008. Six months later he’d outlived his prognosis and was filmed at an airport, smiling at photographers with that familiar air of preternatural calm, and calling himself“a miracledude”. He even went through with plans to star inThe Beast, a T.V. drama in which he played an undercover F.B.I. agent, filming a complete season while undergoing treatment.“How do you nurture a positive attitude when all the statistics say you’re a dead man?”he inquired in aNew York Timesinterview.“You go to work.”By now his identification with his most indelible characters—those unruffled counterpunchers, who, if they’re going to go down, are going to go down gloriously—was virtually complete. He died in 2009, aged 57, but the surplus measure of joy he brought to his most preposterous roles has proved enduringly infectious. He’s forever purloining themicand the stage to lead the last dance of the season, ready to transcend clichéand ascend to that higher plane.