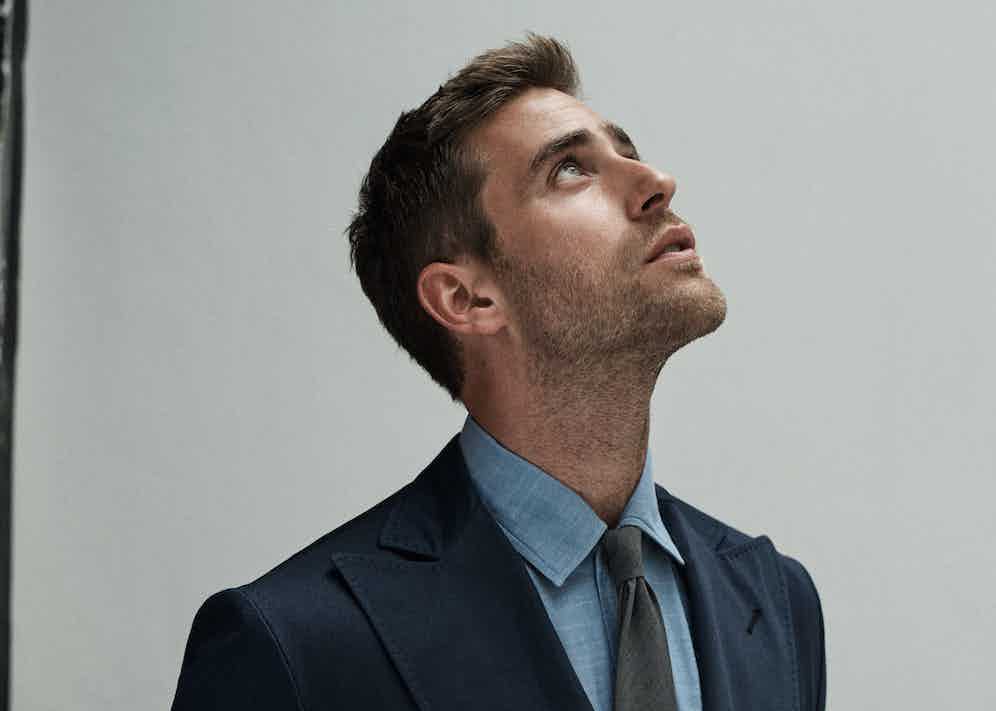 Oliver Jackson-Cohen is something of an enigma. When The Rake spoke to him, the 30-year-old was taking a six-month voluntary hiatus from acting, which for someone still establishing a career is highly unusual, albeit sincere. “I just haven’t read anything that is at all of interest to me,” he says. “The only thing you can really control as an actor is what you say no to.” The Mr. Selfridge star is tall, too, and he has found himself having to lower his 6' 3" frame on camera to please bigger egos. When you are as marketable as Jackson-Cohen — fluent in French and English, handsome and gifted — his billing as a rising star isn’t hard to understand, but with a few questions to clear up, and a genuine interest in this British talent, The Rake wanted to get better acquainted…

You are very tall. Have you found that a problem?

Yes, big time. I am considered a freak, really. It is very rare for actors to be quite as tall. I have had very uncomfortable situations where I have worked with much shorter actors and there have been problems with ego. So I have done whole scenes where, no joke, I have been doing the splits to be the same height as other actors. The good news is that it was a problem at the beginning but now I feel like I get teamed up with people, especially women, who are taller, so it is not so problematic.

What is the last film you enjoyed?

I just watched Xavier Dolan’s last film, Juste la fin du monde (It’s Only the End of the World). I think what he does is unbelievable. I am a massive fan. He did this film, Mommy, a few years ago, and it is probably one of my favourite films in the world. It is hard to understand, even being fluent in French.

Any niche interests we should know about?

Apart from the obvious, I don’t think I do, which I know makes me quite boring but, growing up, the interest was simply film, so I am lucky that my niche interest is my job. Years ago, when I first started, I had an agent who said that it was really important I find a hobby to go alongside this. He said that Christian Bale liked the motorbikes you ride around in cages. I was like, ‘Yep, I’ll definitely do that’, and it is 10 years later and I still haven’t done it.

You have said that you didn’t take work because of the U.S.’s restrictive contractual system. Do you find that it is hard to commit to anything outside of work?

I turned 30 last year, so I feel that as you get older you sort of think, ‘Well, I am not going to sacrifice too much’. I have friends [in the industry] who are too scared to go on holiday in case something happens or in case they have to be on a plane somewhere. In my early twenties I worked so hard and travelled so much that I do think I took part of my life to the side and thought, ‘I’ll deal with that later’. It is about choosing what will work for you. With the American system, I have been fortunate in many ways in that I have never done a T.V. show that hasn’t already been green-lit straight to series, so I have never done the situation of shooting a pilot and then waiting to see whether or not it gets picked up. My hat goes off to people who can handle the pressure of that. Knowing that any minute now you might get the chop, or Twitter might hate you… I have found myself contractually locked in, and you see it with all the Marvel movies, too. I get it, I see why it is done, but if you can try and ignore it, it makes life easier for yourself.

You have also been a vase cleaner at a florist. Did you at any point wish you had taken a job, and is there a show that you would do, no questions asked?

Back then I was 19 and I had dropped out of uni and my parents were not particularly pleased with my life choices, and so I think back then I would have taken any job, I wouldn’t have been picky at all. In terms of today, you know what, I don’t watch an awful lot of T.V. I have never seen Game of Thrones or Breaking Bad, but I don’t know if there is a particular show that I watched that I want to be in. I think the last show I watched was The Keepers, which is a show about abuse in the Catholic church.

How about a producer or director you’d work for?

I think Ryan Murphy is a very clever man. I watched that show Feud he did, and he is very clever at constructing story, and he’s interesting but not niche. 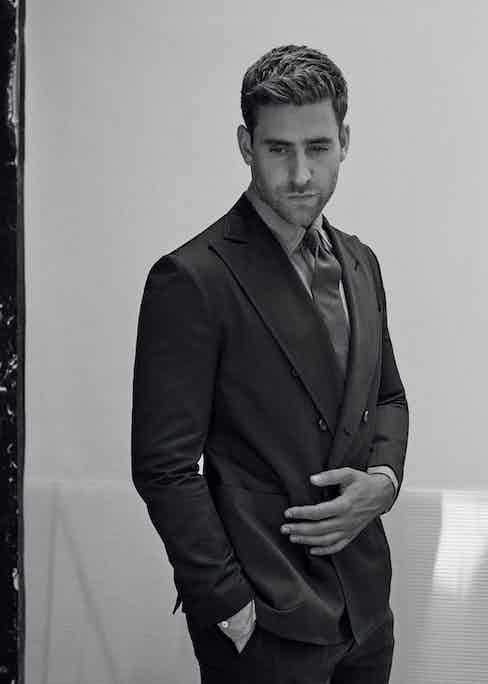 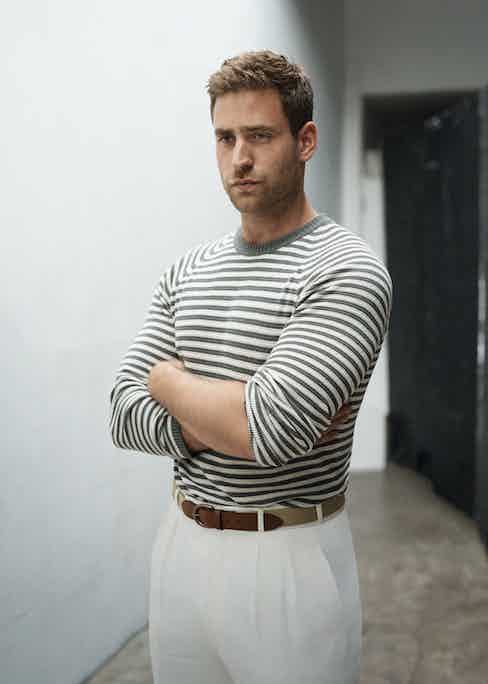 In Faster you worked with Dwayne Johnson, who is an extraordinary man with a lot of influence; did you see that in action?

When I started working, Facebook had been around for a few years, Twitter too, but there was no Instagram, so when I worked with Dwayne, I think it was the first or second film I’d done out of drama school, so I was hired out of nowhere and a bit out of my depth. He was fascinating as he built a career on speaking to his fans, embracing and having a dialogue with them. I remember him saying early on, we had all this fan-mail show up on set and he brought a bunch of it to me and he sat me down and approached the responses like a business. It is why he is so successful and he is very clever at doing it.

There was a time when theatre and the arts made a political impact through its content; nowadays actors can make a difference but largely through extracurricular campaigning and social media. How do you feel about the social media phenomenon?

I find over the years I try with social media but something doesn’t feel right about sharing part of my life. I think a way of doing it is to get involved in a cause that you believe in and champion that and influence people that follow you; that would be the way I want to take it. One of the actors I love is Matthias Schoenaerts, and I know nothing about him. It is the same with Joel Edgerton, and I think there is something to be said about the value of that.

When a series is cancelled, how do you feel and what is the way in which you pick yourself up again?

Work generates work. With Emerald City, it always felt to me that it should be standalone 10 episodes. I think there is part of you that is sad because you won’t be working with the same people again. It’s weird, as you shoot these things and a year goes by and you hear whether they are going to pick it up again or not. By then, you have kind of moved on. You have time to get on with your life and get out of the bubble and into normal life. I think it’s hard when people shoot a show for a long time and all of a sudden it is cancelled or they are killed off. There is a period of time where you wish you can go back. It is brutal, this job, there are no guarantees, but over time you do adjust to that and you can take the rejection and brutality.

What have you got coming up?

Man In An Orange Shirt is a two-part for the B.B.C. that we shot at the end of last year. It is the story of a man called Michael Berryman, a gay man who falls in love with a war artist in the second world war, and this love affair that went on for 15 years that was forbidden and they are unable to do anything about it. It is about how he is never at peace, haunted by his sexuality, haunted by this charade he is living. The second part picks up with his wife in her nineties and her relationship with her grandson, knowing that she wasn’t loved and knowing that Michael didn’t want her. It shone a light on the repercussions of homosexuality being illegal in families. It was quite a tricky shoot, it was intense. 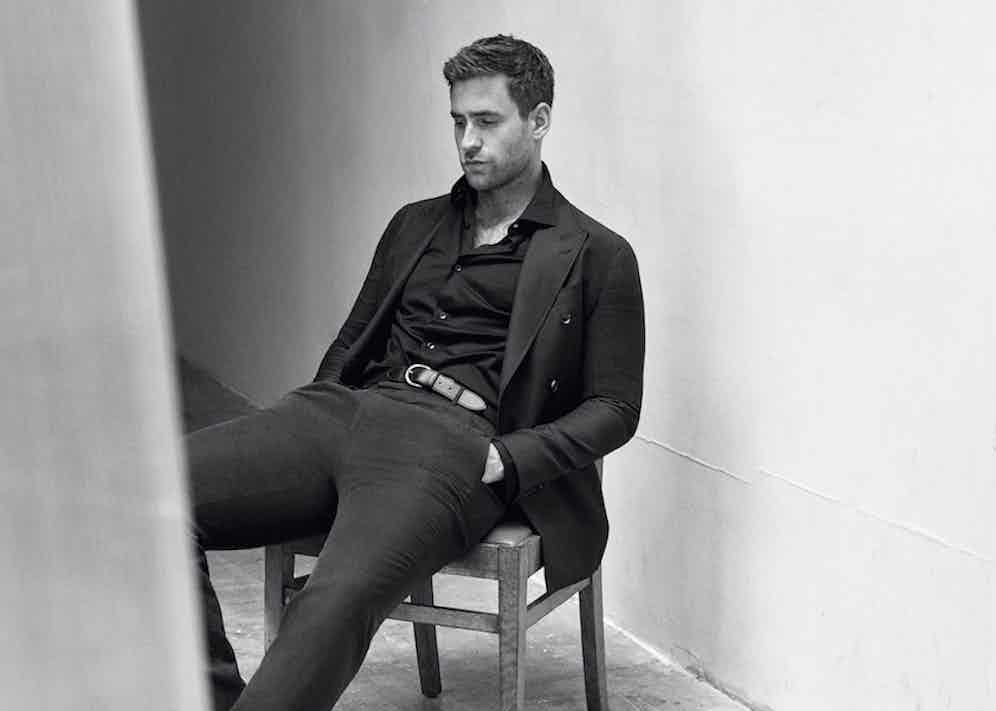