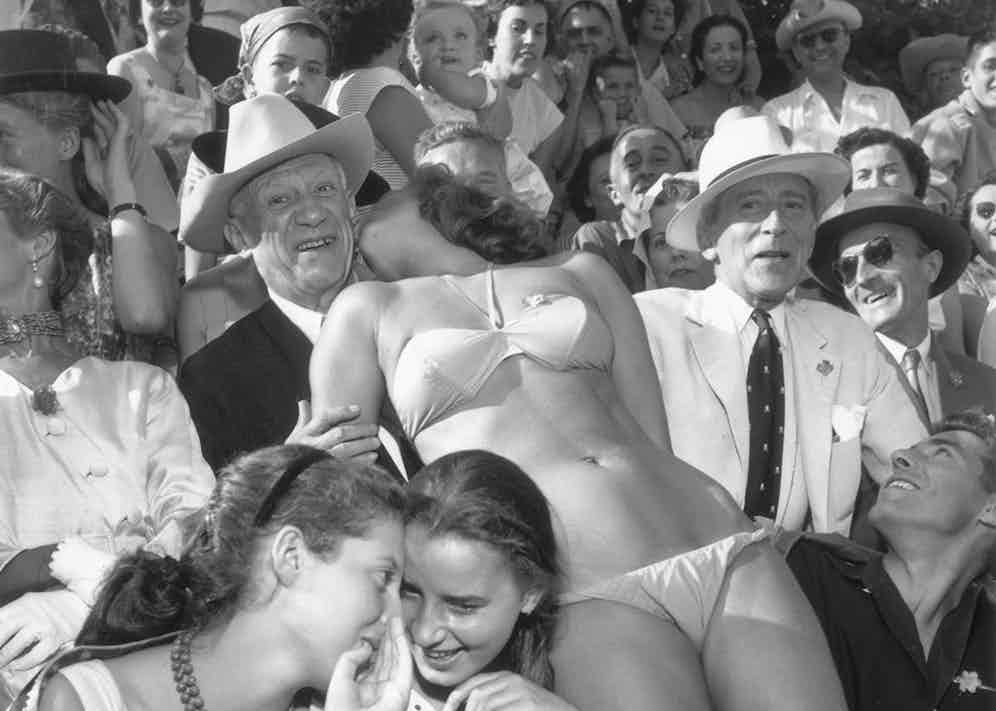 Though poetic, the lyrics to the above-quoted protopunk classic don’t exactly ring true. Learn a little about the life of this artistic giant, and, while it’s clear that many, many “girls could not resist his stare”, a lot of those very same females would probably have eventually referred to Picasso by the ‘A-word’ (or, perhaps, its French equivalent).

Picasso once said: “To make oneself hated is more difficult than to make oneself loved.” Being something of a superstar — a near-universally exalted genius, a giant, a master — this statement is probably truer for Picasso than for the average mortal. Testing his hypothesis, Picasso worked hard at fomenting loathing in those who adored him — openly carrying on with multiple women at once, making cutting remarks to his lovers and friends (often harshly dismissing their artwork, feelings or opinions out of hand), exiling formerly close confidantes — and even his own offspring — from his life for the most minor of slights. A self-centred empathy-deficient narcissist, he demanded the devotion and unswerving loyalty of his paramours and pals, yet rarely offered the same in return. 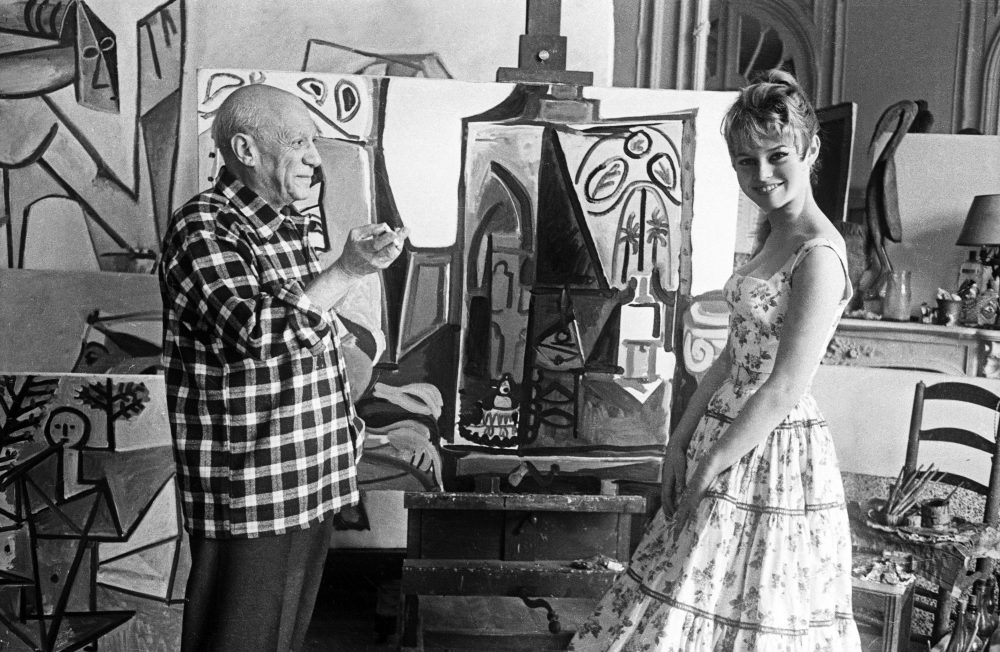 Though the work of his youth was typically rather pleasant, as he grew older and increased in standing, Picasso deliberately made his artworks ‘uglier’, more difficult, challenging the viewer with repellent, harsh, acidic combinations of colour and ever starker, more rugged lines. The subjects of his portraits — very often, the women with whom he shared a bed — were usually rendered in a manner designed to maximise their unattractive traits, the images of lovers growing increasingly grotesque as the capricious Picasso advanced toward the woman’s inevitable rejection and replacement. Still, for all his failings, and despite his often asshole-ish acts, Picasso remained loved — by long-suffering friends, family and females, as well as critics and the public — and remains, indisputably, the most beloved, influential artist of the 20th century, regarded by many as the finest of all time.

It’s partly for this reason that we’ve selected Pablo Picasso as the subject of ‘Who Is The Rake?’. This regular feature attempts to sum up, via an individual, certain of the traits central to this publication, and our conception of exactly what a ‘rake’ is. Discussing that very question with an associate’s wife at a cocktail party, some months prior to the magazine’s launch, the examples of rakish gentlemen offered by this writer led the lady to sum it up as such: “An attractive bastard.”

Picasso was certainly that, though like his art, Picasso’s attraction lay at a deeper level than the superficial artifice of mere looks. No, his magnetism derived not from his appearance — he was short, bald and stocky, hardly the physical ideal — but from his talent, his genius, his self-confidence, his piercing and perceptive stare. This last — a gaze Picasso’s biographer, former neighbour and confidant John Richardson has described as akin to “ocular rape” — was a powerful weapon in the artist’s creative and seductive arsenal. It’s said that women love a man who’s a ‘good listener’. Well, with a power so much more potent than passively absorbing a woman’s thoughts, Picasso, possessing what the Andalusians refer to as the ‘mirada fuerte’ (a penetrating, X-ray vision) could look into her very soul. This, no doubt, served as a formidable aphrodisiac. 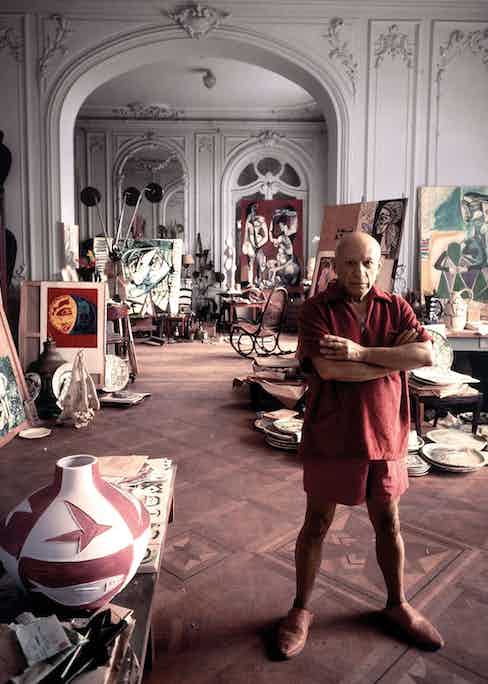 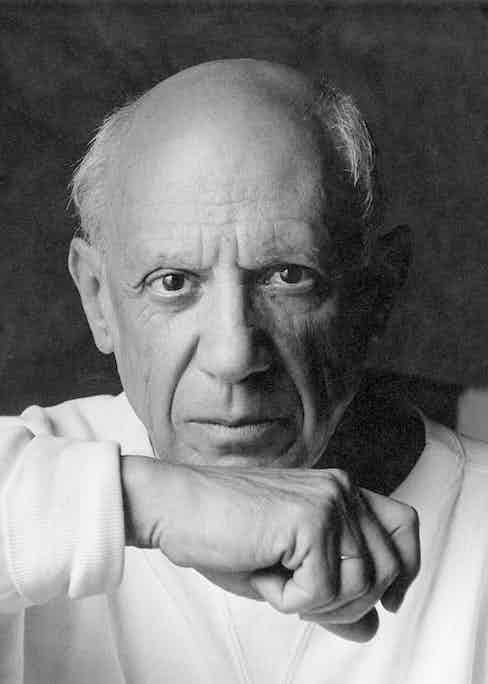 Unlike the previous subjects of ‘Who Is The Rake?’, Gianni Agnelli and Clark Gable, Picasso was not a renowned fashion plate. In his youth, Picasso would generally be found attired in sharp suits, as was de rigueur in the early 20th century (particularly, in the artist’s adopted home of Paris), and, according to The Rake’s authority on all things Savile Row, James Sherwood, would have audacious trousers tailored at Anderson & Sheppard with the front panel cut from navy cloth, the back in scarlet. In his latter years, however, residing outside Cannes in the sunny south of France, Picasso was rarely seen in more than simple peasant pullovers, shorts and espadrilles, and often appeared shirtless, sporting little but a deep tan. Though hardly the picture of sartorial splendour, we can’t help but admire the elegant, natural simplicity of this look — as unaffected and unelaborate, yet flawless, as the masterful line drawings Picasso would produce with just a few deft flicks of his wrist.

"The examples of rakish gentlemen offered by this writer led the lady to sum it up as such: “An attractive bastard.”

This brings us to another key way in which Picasso sums up The Rake’s ethos. In seeking to instruct our readers in the principles of classically elegant dressing, in order that, thus armed, you’ll be better able to experiment and improvise, judging which sartorial dictates are immutable and which may be toyed with (or disregarded entirely), we hope to echo the way in which Picasso, having mastered realist rendering and draftsmanship, was subsequently freed to break all the rules — forever changing the face of art in the process. “It took me four years to paint like Raphael,” Picasso said, “but a lifetime to paint like a child.”

So, while perhaps it’s untrue to say that Pablo Picasso was never called an asshole, it’s certainly accurate to describe him as a rake. A charmer, lover, bon vivant, hero, villain, bastard, master, star — a man with a unique, deceptively simple sense of style who knew that sometimes, a little ugliness can be a beautiful thing.