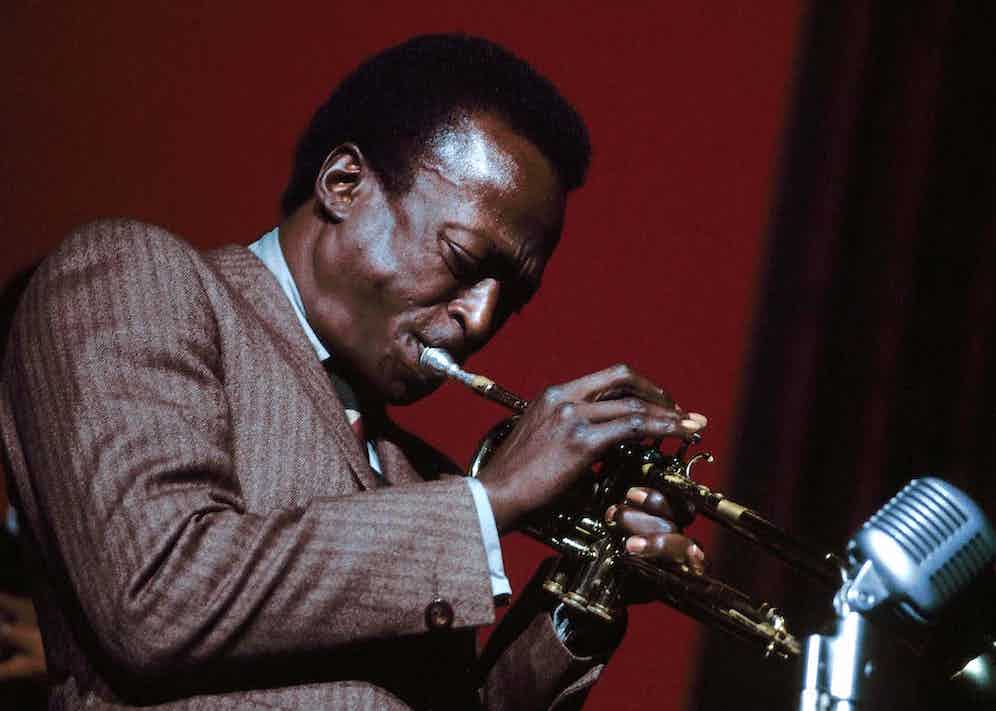 Miles Davis explicitly said he didn’t want to be considered a legend. The problem with that, twenty five years after his death, is that the stories about him are too mythic to resist. One goes that in 1987, then-United States President Ronald Reagan invited Davis to dine with the First Family and other guests at a White House dinner. Many of the guests, not recognising the influential and acclaimed jazz musician, gave him a less that warm reception, with Nancy Reagan turning to Davis over her meal to ask what he’d done to warrant being invited. Unblinking, Davis replied “Well I’ve changed the course of music five or six times. What have you done, besides fuck the president?”

Bandleader, trumpet-player extraordinaire, arch social critic, style icon, Miami Viceguest star and, allegedly, maker of the world’s best chilli; Davis was a notoriously complicated figure; brilliantly talented and creatively adventurous in a way few musicians have ever been, but with a well-documented mean streak. In his friend and biographer Quincy Troupe’s words, Davis was a “really human, caring and funny guy... but he could switch to being an evil sonofabitch, though, if you crossed him.” Davis’ career can be defined by restless invention, first birthing the ‘cool jazz’ of the late Forties and Fifties, defining the genre once again with Almost Blue a decade later, before subverting it with albums like In A Silent Wayand the towering Bitches Brewin the late Sixties and Seventies with landmark and Tutu during the Eighties. In 1969, shortly after In A Silent Way’s release, Davis was relaxing on the patio of his New York brownstone when an elderly man called the trumpeter over. “Miles Davis, I love that music of yours” he said, “but I don’t like that new shit you’re into.” Miles turned to him, and tersely replied, “Well shall I wait for you, motherfucker?”

Davis is renowned for his unique and chameleonic personal style - something that was as much a part of him as his music. Marcus Miller, the bassist, composer and producer who was part of Davis’s band in 1980, said that as much as his playing, his clothes were “a real reflection of him, as well... It was all the same thing. It was a statement of who he was and how he wanted to present himself. “He was conscious that people were looking at him,” Miller said. “And the clothes were so important back then, particularly in the ’40s and ’50s, because this was an era when black artists were fighting to be recognized as more than simple entertainers. It was like, ‘We’re going to be as sharp as possible and we’re going to command respect.’”

“Well I’ve changed the course of music five or six times. What have you done, besides fuck the president?”

Much like with his music, Davis was a restless spirit when it came to his style. Early in his career, Davis sought to distinguish himself from the ostentatiousness of his forebears such as Duke Ellington by drawing from the aesthetic of East Coast Ivy League prep - lean tailoring, flat fronted trousers and button-down shirts. It was a uniform that quickly became synonymous with jazz as a genre - legend has it that following the release of 1958’s Milestones, you couldn’t walk two blocks in London without running into someone - including future Rolling Stone Charlie Watts - wearing an imitator of the green button-down Davis wears on the record sleeve. According to Herbie Hancock, who played with the Miles Davis Quintet during the mid-Sixties, Davis was always the hippest guy around. “The way he moved, the way he walked, the way he stood when he played, what came out of his horn, and the cars he drove, all of that was stylish. That was part of his persona.”

His creatively fruitful Bitches Brewperiod saw a distinctive change in his personal style as well. “We’re seeing men loosen up again after a period of strict conservatism in menswear,” says Timothy Everest, speaking to The Guardian of Davis’ style at the time. “The Seventies are an easy decade to knock, but lots of what was happening then had very precise historical references but done in a very exaggerated, pimped out way. I like Miles Davis’s look during this period; it’s a kind of dysfunctional tailoring.” He began embellishing this maximalist aesthetic with traditional African shirts, bandanas and what would become signature outsized sunglasses - affectations that would be comical if he didn’t manage to pull them with such panache.

It goes without saying that someone who’s major opening salvo to the world was called Birth of the Cool (recorded in 1949!) could maintain a certain aura around him. And even when he was being an ass, as he was frequently, there was often still a level of chutzpah to the proceedings that you can’t help but admire. In fact - let’s not call it a legend - there was another story that Davis himself recalled to Troupe, shortly before his death; another that truly epitomises him. “I remember one time - it might have been a couple times - at the Fillmore East in 1970. I was opening for this sorry-ass cat named Steve Miller. Steve Miller didn't have his shit going for him, so I'm pissed because I got to open for this non-playing motherfucker just because he had one or two sorry-ass records out. So I would come late and he would have to go on first and then we got there and we smoked the motherfucking place. Everybody dug it.” And nobody has topped it. 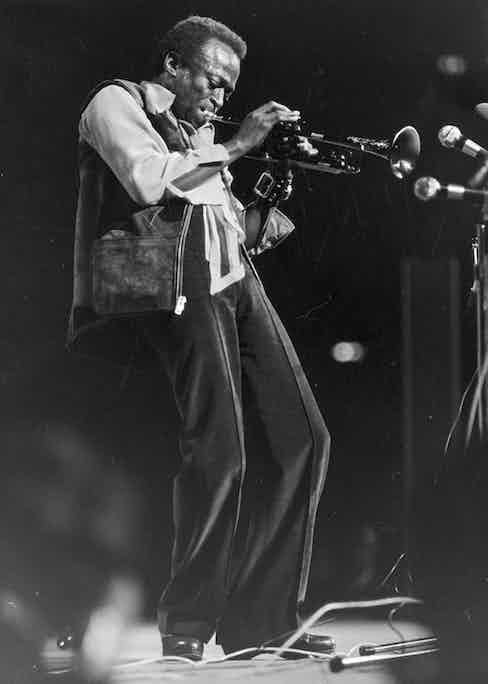 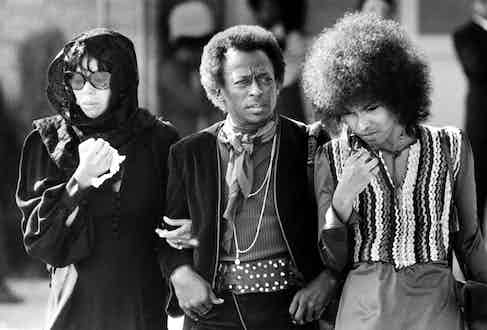 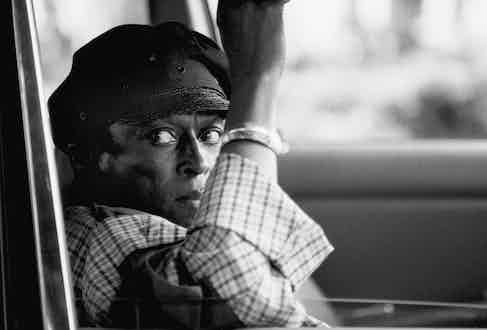 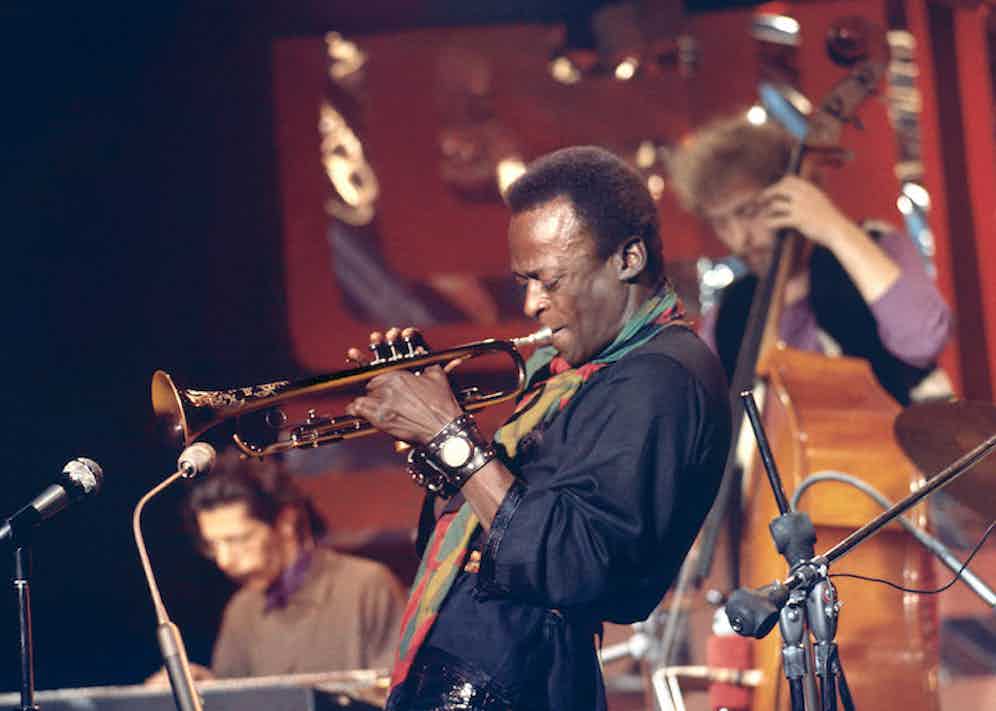 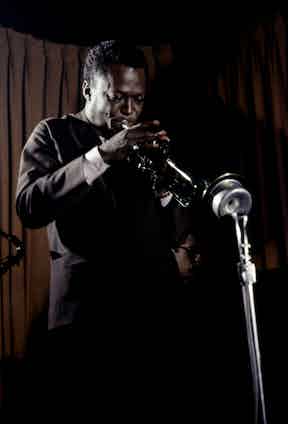 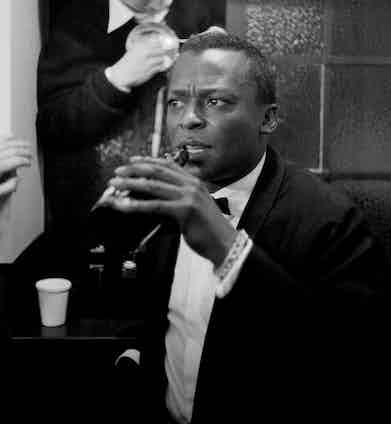 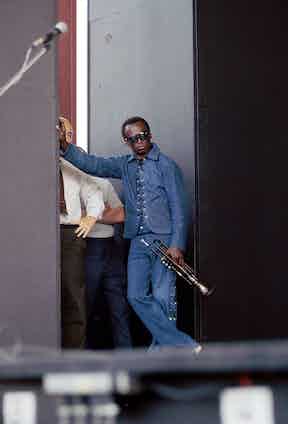 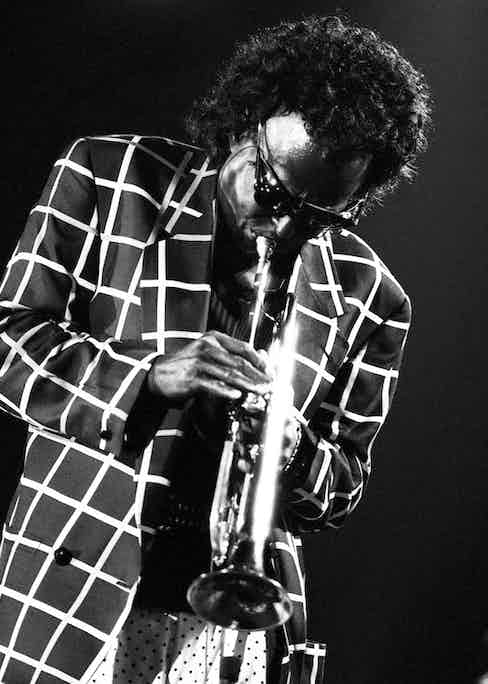 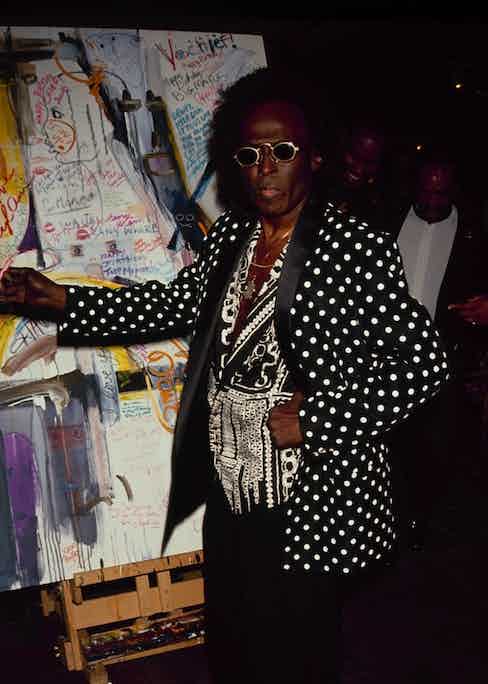