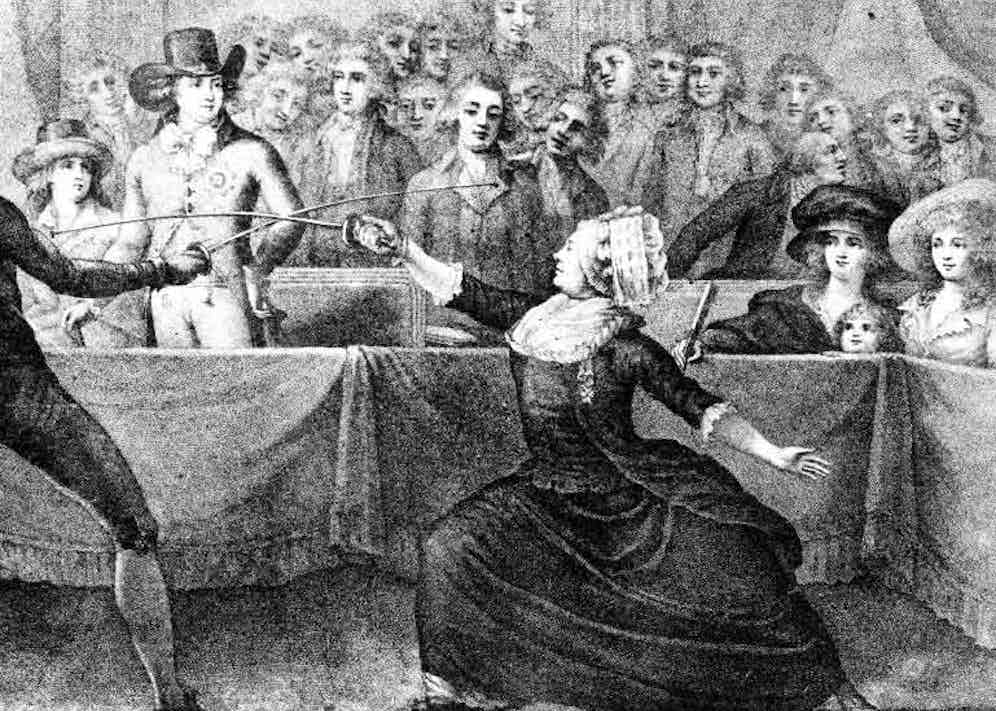 The term 'feminist icon' is thrown about today so much, like semantic rice-paper confetti. No sooner is it on the tongue in reference to the likes of a meat-clad Gaga than it dissolves with nary a trace of substance. If not giving a solitary fuck when it came to gender stereotypes is a primary criterion, few have bettered Julie d'Aubigny, a woman who made Amelia Earhart look like Betty Crocker.

Seventeenth-century France was this woman's playground, gallery, crib and altar. Nicknamed 'La Maupin' after a man who was pretty much her husband in name only, d'Aubigny had a resume that would send your average corporate HR department a-scampering, but is enough to power a dozen novels.

Born around 1673, Julie's father was secretary to King Louis XIV's Master of the Horse, Count d'Armagnac. Dad knew a thing or two about swinging a blade and made sure his daughter did likewise. This was considered such a masculine endeavour at the time, that it kinda made sense to dress Julie as a boy and treat her as such. Because, you know, why the hell not?

Barely into puberty, she bedded her dad's boss but quickly became bored. Absconding with a poor but evidently charismatic fencing master named Sérannes, she thrilled punters in fairs and taverns with displays of fencing. And, get this, when one spectator refused to believe she was a woman, Julie simply removed her top and presented him with two points to the contrary.

She loved nothing more than challenging braggarts and vagabonds to duels. Many were noblemen who suffered the dual indignity of being filleted by a woman. As she went about her incisive work, it was noticed that she could actually carry a tune. It was - rather tactfully, one would imagine - suggested that she maybe swap falchions for falsetto, and La Maupin, equipped with the ability to memorise massive amounts of sheet music, acquired quite the rep as a working contralto, albeit with no musical training. 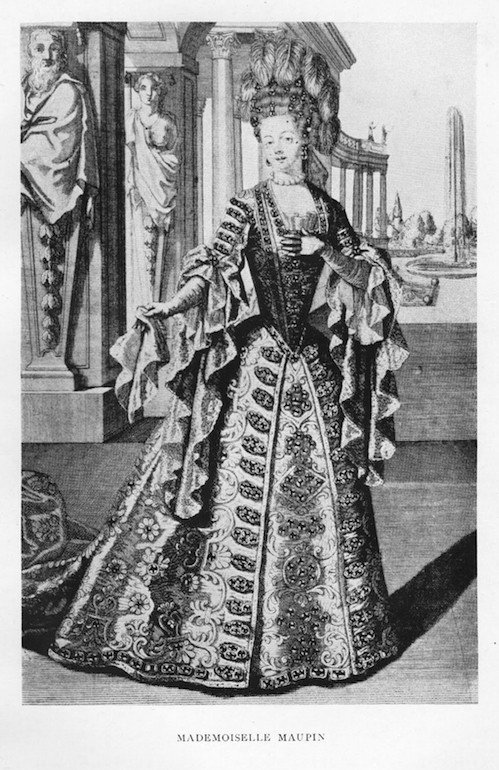 All the arias in the world couldn't quench her thirst to see grown men quiver beyond the tip of her blade - her tally ran well into double figures. But one stands out. There are numerous tales about how La Maupin and Louis-Joseph d'Albert Luynes met, but what is generally agreed upon is this: Joe thought he could take this other 'dude' out in a sword fight, and after some verbal jousting in a bar, a challenge was issued. Cue some unsheathing and the brief sonorous cry of clashing steel. Next thing you know, the midsection of Julie's blade was thoroughly occupied by her adversary's shoulder. The score settled, she withdrew both her weapon and her person, but couldn't shake the memory of her foe. Having discovered his whereabouts, she went over the next night and singlehandedly redefined the concept of a pity-shag.

So let's recap. At this point, we're dealing with a cross-dressing, knife-fighting opera singer who had already left a trail of blood in her wake but decided that one of her victims was worth bedding the very next night. Nowâ€¨ let's throw a new factor into theâ€¨ mix. Julie was also partial to pussy. Dressed as a man, she seduced myriad women during the masked balls that were fashionable at the time. When one of her girlfriends was sent to a nunnery to break up the relationship, Julie didn't cope by writing maudlin poetry or downloading Orange Is the New Black. No, she took vows herself in order to sneak in, replaced her girlfriend with the body of a dead nun - which she just happened to have handy - then burnt the whole place to the ground so they could live labia ever after.

La Maupin was eventually caught and the French authorities decided to both punish her and display their sense of irony with a sentence of death by fire. Not firing squad. Just fire. They addressed her as 'monsieur' throughout the trial which fizzled to nothing, despite reports that Julie had actually killed one and maimed two of the police who eventually showed up to take her lover away.

Up until recently, Julie d'Aubigny was little more than a historical footnote, but her blood-flecked star is rising once more. In 2012, she was featured on the rather engaging Badass of the Weekwebsite, and since then, a flock of artists - working in mediums from skateboards to GIFs - have sought to capture the blue-eyed, raven-haired temptress who brought a certain élan to the philosophy, 'if you can't fuck it, fight it'.

Make no mistake; this was a woman with more balls than the Adidas factory. Because her duelling victims would make up stories about being assaulted by groups rather than admit the truth about just who schooled them, she took to snatching a keepsake from their prostrate body and then returning it in a very public way. This was certainly the case with one Monsieur Duménil, an actor who on another occasion so insulted La Maupin during one of hisperformances that she reportedly leapt on stage and caned him.

Life came full circle for La Maupin when she eventually reconciled with the husband whose name she'd taken as a teen and clearly barely thought about since. Surprisingly enough, he actually died of natural causes and in 1707, the woman who had scandalised her nation in every way she knew how, and others just for kicks, passed away. She was 34 years old and had packed more into one brief lifetime than Gaga, Simone de Beauvoir and Germaine Greer put together.