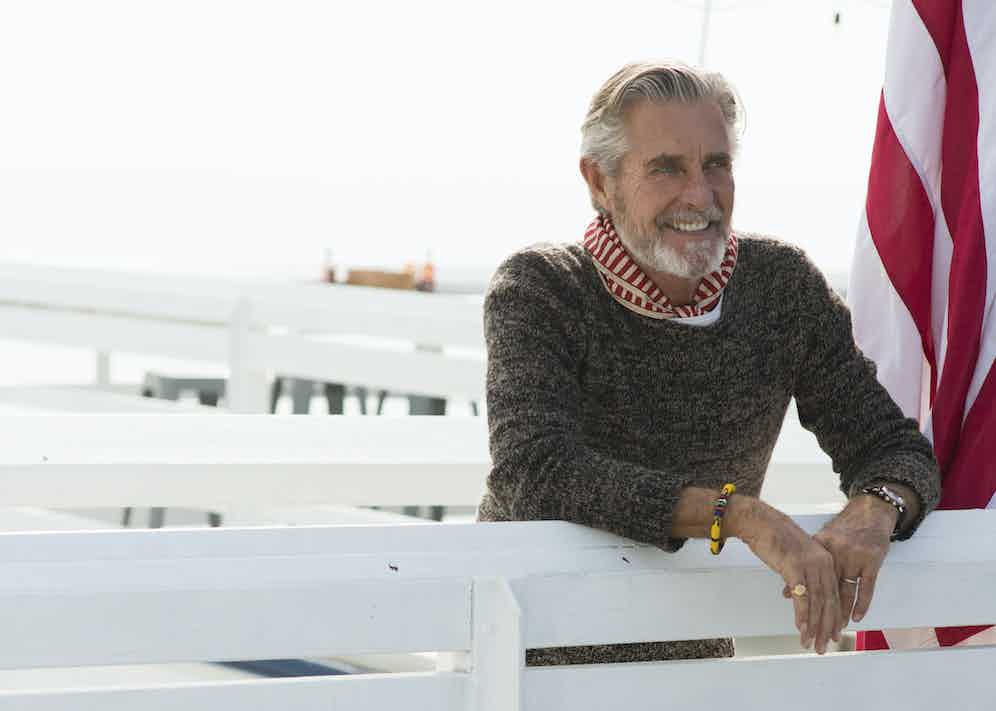 Bernard Fouquet is not your average model. Male, over 60, with a shock of silver hair and piercing blue eyes, he cuts a distinctly atypical, yet nonetheless rakish dash. He has six children (one son, five daughters) and manages to balance what appears to be a family life lifted straight from the pages of a Tommy Hilfiger campaign (which isn’t far off – both he and a number of his children work with the house) with an unsurprisingly successful modelling career, as well as running his own cashmere business from whichever corner of the globe he happens to be on at any given time. A true friend of The Rake, Bernard was kind enough to talk us through some of the pearls of wisdom he has accrued over the years.

“It’s funny, a friend just called and asked if I was on holiday, and I said ‘I am never on holiday!’” A miserable thought for most, but Bernard’s easy laugh and mock-surprise at the question reveals quite how much he loves his work. “First of all, there is no really bad part of my job – that’s what I think all the time,” Bernard explains, questioning how he could possibly complain about a client when there is such a strong mutual trust implicit between himself and the brand who has booked him. “The best part of the job is travelling and meeting different people all the time. That’s one of the things I love more than anything… And on top of that you get to make a living which is pretty good, no?” With the twinkle in his eye and relaxed attitude towards his admittedly ‘pretty good’ job means it would be easy to assume that Fouquet has had an easy life. Not so.

“You have to suffer – if you don’t suffer, you don’t learn."

“Don’t do drugs and don’t drink. That’s what I would say to myself at 16. When you use drugs and you do a lot of drinking, it affects so many things in your life – your relationships, job, everything”. Bernard is open and retrospectively level-headed about the addiction he tackled – and has now beaten. His roller-coaster experience – “you get angry, you get crazy, you get happy, you get sad” – taught him some of his hardest lessons. “You have to suffer – if you don’t suffer, you don’t learn. I am the type of person who learns a lot by suffering. You have to learn the hard way. When everything is too sweet and nice, what do you learn?” His thick French accent takes on a humble, pensive pace when he talks of the difficulties he’s faced, but he always ends on a positive. “I have been sober now for 21 years and I can see a big difference, I tell you. I go to AA, I have done all that work. It was not easy but the reason we do it is so that every day is better and better and better.”

Bernard’s unfailingly optimistic outlook only adds to his charm and he has the sort of open personality that makes you feel like you’ve known him far beyond a half hour Skype conversation. “I never really give up and I think I have a lot of discipline for myself, and I won’t change that at all. That discipline – you know, it’s a funny story. When I got divorced the second time, I was using drugs and drinking and it was a bad divorce. My lawyer said ‘You know what, Bernard, I want you to have discipline!’ Since that day, I realised I paid my lawyer too much; I lost the case, but to tell you the truth I won in the respect that I found my inner discipline. It’s something I had to learn; he said ‘You need discipline or you won’t go anywhere.’ So I said, ‘Ok, fine.’” Bernard’s idea of a funny story might not be entirely conventional, but he has the sense to laugh at the irony of his expensive lawyer who lost him a lot, but taught him something more valuable than anything material. 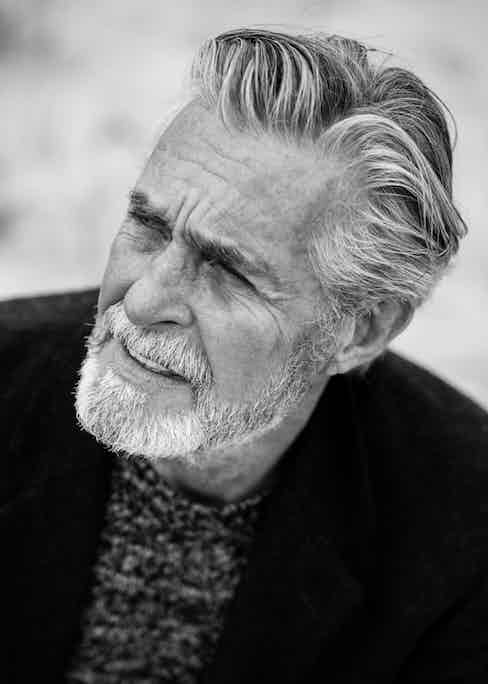 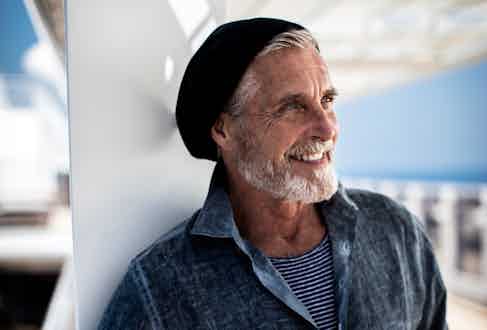 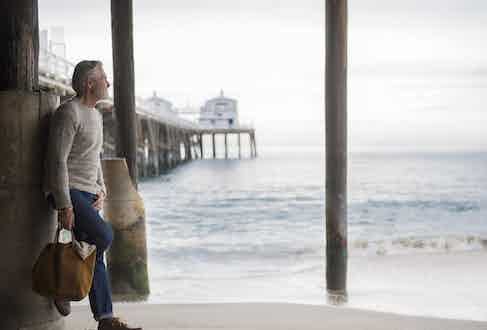 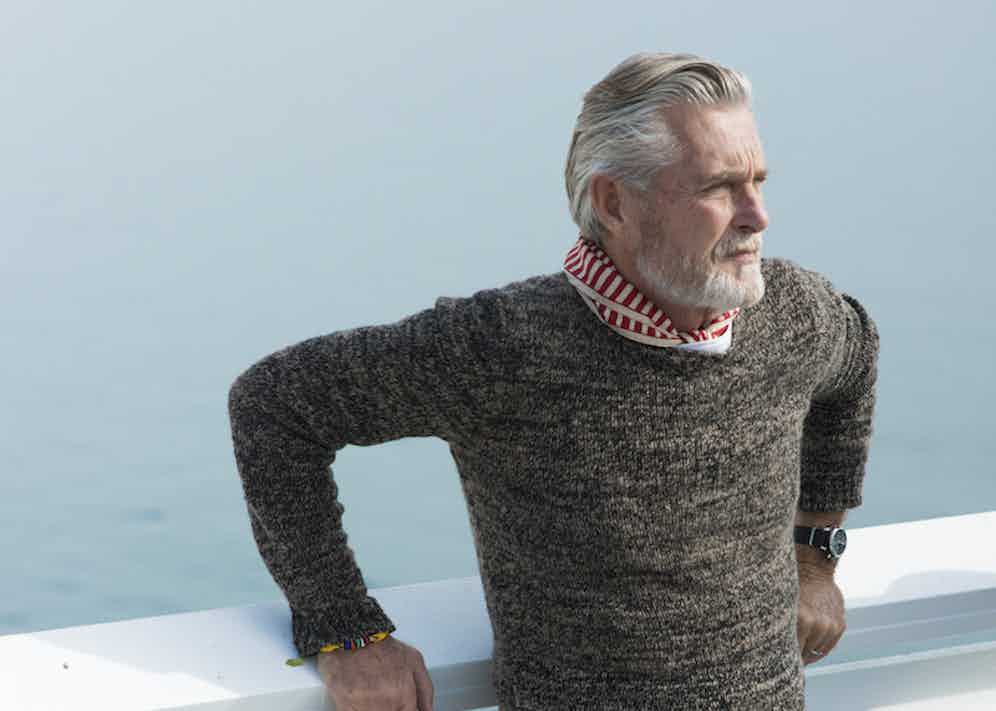 So does this discipline filter down into other aspects of his life? “I go running three or four times a week. That’s something I do early in the morning because I am an early guy, but beside that I don’t really like having a routine.” This spontaneity in his day-to-day life is simultaneously channelled through his thoughtful, yet effortless sense of style. “It’s always nice to have a beautiful pair of shoes; you can have very destroyed pants, and then you have a beautiful shirt or sweater and you look fantastic. Style from my point of view is not the clothes you wear. It’s not the clothing itself – it’s the way you wear it. I love watching old men in country clubs, who are so damn elegant with nothing. It’s just a way of approaching life and the way you carry yourself – it’s just that. When I go to fashion shows or to Pitti Uomo, I see a lot of people who want so much to have style that they overdo it and become ridiculous. I think either you are born with style or you are not.” There is a pause, and Bernard chuckles. “People can try – but others will always see that you try! That’s why I think that the clothes in England are some of the most amazing we can find in the world – London style is so chic and there can be a little twist of something. They are very special in that respect.” I confess, I’m a little thrown by this Frenchman’s appreciation for our fair isle’s quirky ways, but one gets the impression that Bernard Fouquet enjoys being unpredictable in the most pleasantly surprising way.

Never is Bernard more passionate than when he speaks about his children, and by the end of our conversation I feel I know a little about each of them, and how they have all inherited Bernard’s own penchant for style and travel. “The family is the most important, beautiful thing I have done, for sure.” He is open to them following in his footsteps, and wouldn’t stop any of them modelling, but is insistent that they prioritise their education first and foremost, as he did – his youngest daughter has been approached but he is adamant she does not miss school for jobs.

"I love watching old men in country clubs, who are so damn elegant with nothing."

“I went to law school and was an apprentice lawyer, I had a men’s shop, I was a helicopter pilot for many years, I did some real estate. I do modelling and a lot of other things too. I work for myself, and whatever I do next I will do for myself too in a way. I am a free spirited kind of guy, I would never like to have a boss.” A testament to the premise of working hard and following your heart, Bernard’s experience of life echoes that of someone who has found peace and a sense of permanence later in life – having survived the turbulent addiction, complicated divorces and changing career paths, he now has many successful years of modelling and fatherhood under his belt, and seems more content than ever in his current position.

His latest venture, a luxury cashmere collection called Fouquet Cachemire emulates his lifestyle; it’s chic but not showy, quintessentially French in aesthetic with touches of Californian cool – Bernard loves surfing and watching documentaries on the sport. “I love to read. I am not really a movie watcher. I mostly read biographies and I love documentaries. I watch documentaries on surfing because I love all things to do with water.” When pressed, Bernard confesses, “I love stories with a beautiful intimate history, not always about love, but the relationship between two people. A great movie I have seen is Alceste à bicyclette; it’s so French. It’s so beautifully done.” Naturally, I ordered it the same day, because the rest of his advice was so resonant I had no reason to believe this would be any different, and of course – he was right. 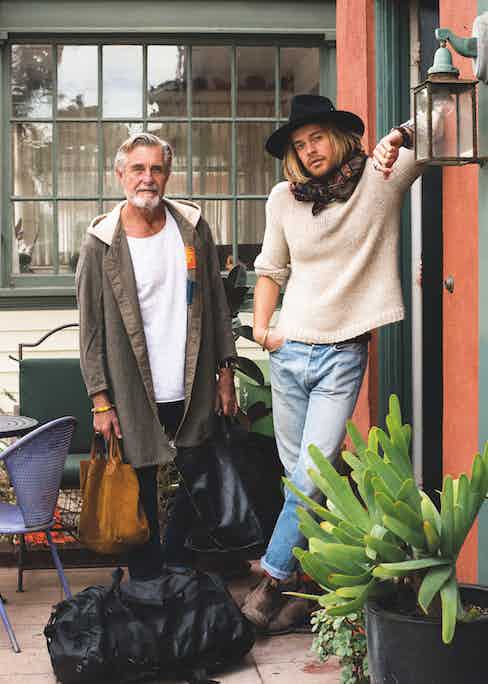 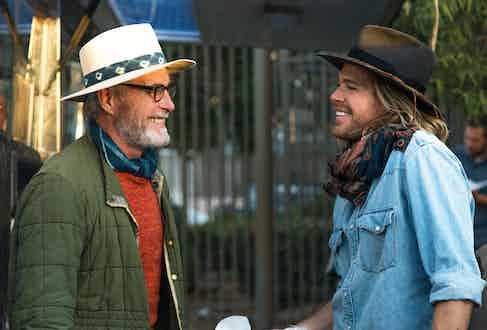 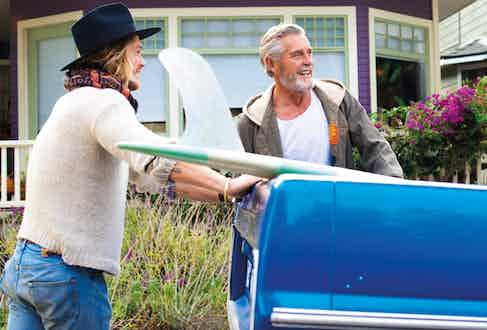 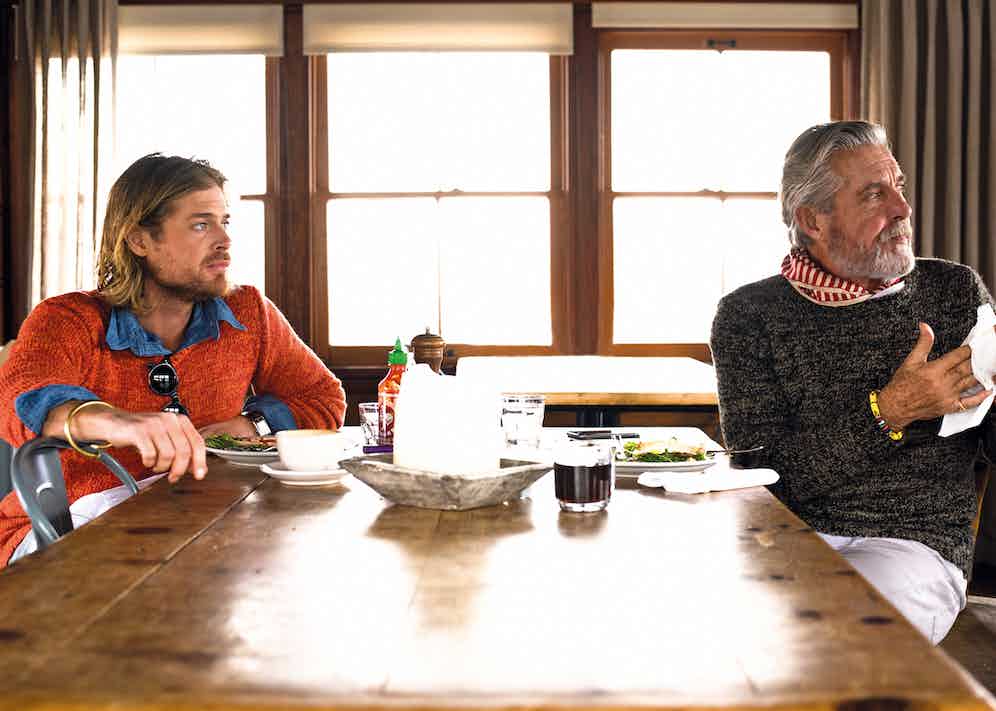