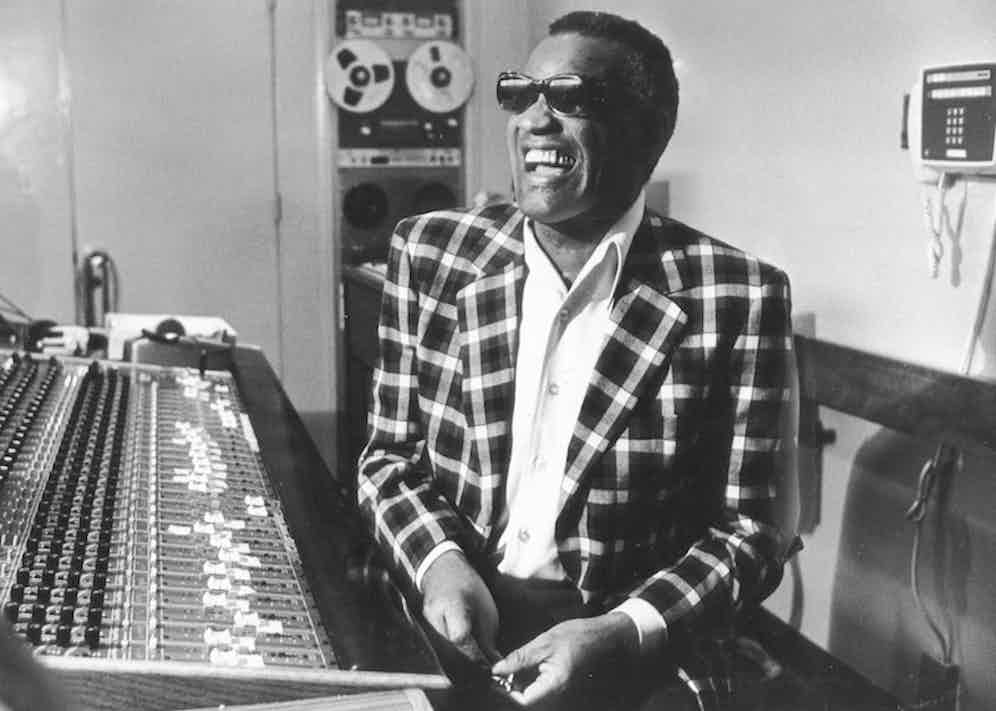 The inimitable Ray Charles, clad in immaculate electric-blue suits and wrap around glasses, embodied the most rakish qualities; a life of sex, drugs, rock ‘n’ soul. His strength and sophistication were born from unconventional beginnings. A Deep South childhood etched out the template for his personal life and music: a juxtaposition of the sacred and sex. Through a child’s eyes, Charles’ hometown, Albany, Georgia, was an unadulterated locus amoenus. He opens his autobiography by explaining, “That’s at the start of the thing, and that’s at the heart of the thing. All I ever saw – and I’m talking literally – was the country.” This innocent backdrop underpins even his later work, as the orchestral hit Georgia, testifies his fondness for home.

Yet his visual memory is also peppered with his first tastes of tragedy and polyamorous relationships. His drowned brother was one of his last sights and his family unit consisted of a love triangle between two women he called mother and an absent father. His biological mother, Aretha, was the rock of Charles’ rock ’n’ roll youth, a “weak woman, but that was only physically. In all other ways, she was strong.” Insisting, “he’s blind, but he ain’t stupid” she refused to treat her son as an invalid, sending him to the Florida School for the Deaf and Blind, where his talents were honed. Despite the segregation of disabilities, genders and races, Charles states that “the whole race business didn’t hit me till years later.” His mother’s insistence on autonomy enabled him to transcend social and musical boundaries. Whilst the term “race music” had previously segregated the industry, Charles was pivotal in integrating music cultures, hipping black people to country and western bands, and bringing the newly coined R&B to white ears.

Nor was blindness a chastity belt for little R.C. He refused to submit to blind stereotypes such as owning a “dog, cane or guitar”, or the “Braille method” his friends adopted to grope young women. Charles was more dignified in his approach, merely shaking a girl’s hand and placing his other hand slightly above her wrist, from which he could learn all the “necessary data” of her physique. This supernatural charm offensive was incredibly successful, and his confidence with women was impressive by the time he released the Ego Song: “I love to dress in style, wear a Sunday smile / And keep a pocket full of money for fun / And that’s why all the girls in town are crazy ‘bout me.”

“I love to dress in style, wear a Sunday smile / And keep a pocket full of money for fun / And that’s why all the girls in town are crazy ‘bout me.”

Refusing to use a white cane, Charles instead rested on women as his crutch. The Raelettes formed his support mechanism, both as his backing singers and his love interests. The feminizing suffix “-ette” merges gender and its primary diminutive sense, meaning they were not only women but small and cute, sexualising them in a Lolita-esque manner. Stressing their relative smallness to himself, “Daddy” Charles was able to keep them in the background, and bolster his own image as both a sex icon and quasi-religious “father”, complementing his unique mix of gospel, jazz and soul.

Even so, these women were instrumental in shaping the image of Ray Charles. What’d I Sayencapsulates this balance between the sacred and sexual, full of orgiastic grunting echoed by the Raelettes in gospel harmonies. Likened to body parts, “Like my ribs, my kidneys, my heart. Like my blood,” for Charles, music was a physical process, hence making music with many women was a precursor to making love. The rumour that in order to be a Raelette you had to “let Ray” is evident by the increasing sudocrem bill. By the early 60s, his first wife and Raelette, Della, had given birth to their third son; Margie Hendricks (a Raelette) was side lined in favour of “maternity leave” for Mae Mosely (shockingly, a Raelette). Charles’ audacity is commendable, shamelessly dedicating songs to his affairs, for instance, Mary Ann. Whilst most of the Raelettes had already been impregnated by Charles, he used women in his lyrics to reinvigorate himself as a suave bachelor. The hit At The Club, reassured his fans he wasn’t planning on retiring to a life of nappy-changing any time soon.

Tragically, Aretha died when Charles was 15. Having only recently started performing with The McSons, the orphaned Charles plunged into a narcotics fuelled depression. He used women as a metaphor for his heroin addiction in the stark blues number But On The Other Hand Baby: “You know I’m hooked for you mama /But on the other hand baby / Your lovin’ eases all my pain.” Once his heroin addiction became public knowledge, his image as “hip status symbol number one” was consolidated to a portion of fans whose romanticised perception of tortured artists’ drug abuse set Ray amidst the stars of Jazz, renowned for their addictions. But the sex, drugs, rock ’n’ roll eventually wore thin, after three arrests, and Charles conceded to going cold turkey in rehab.

And yet, a chameleon until his death, Charles upheld the rakish image of a soul star, producing Save Your Loving Just For Me,and living by his own carpe diem: “Let the good times roll.” 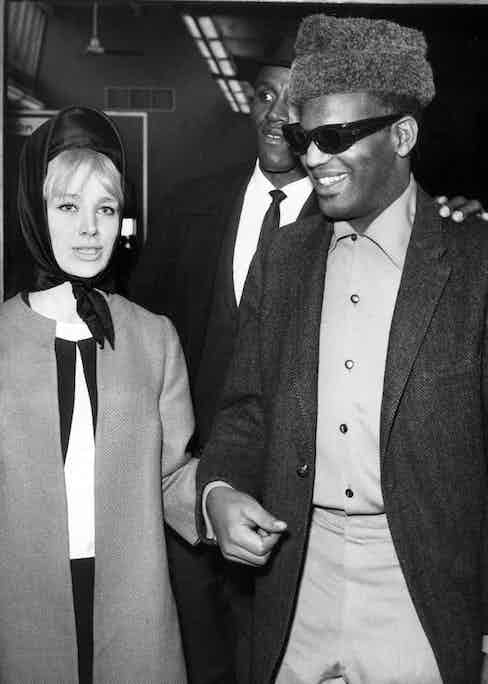 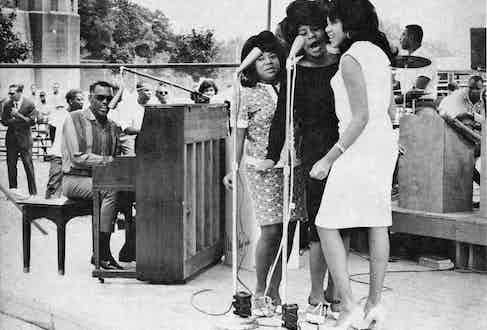 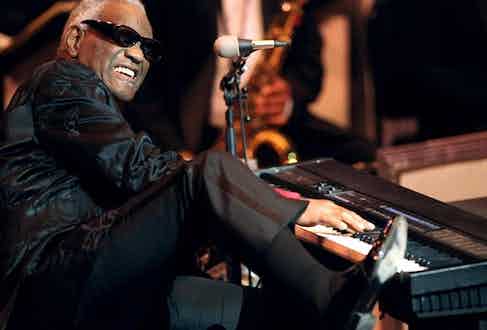 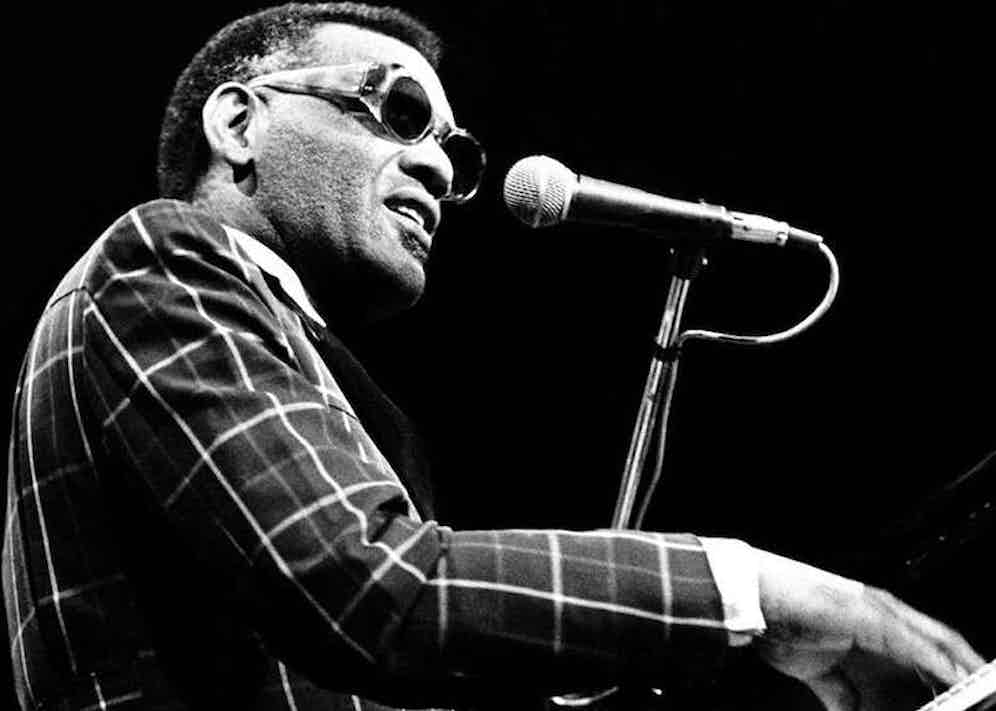