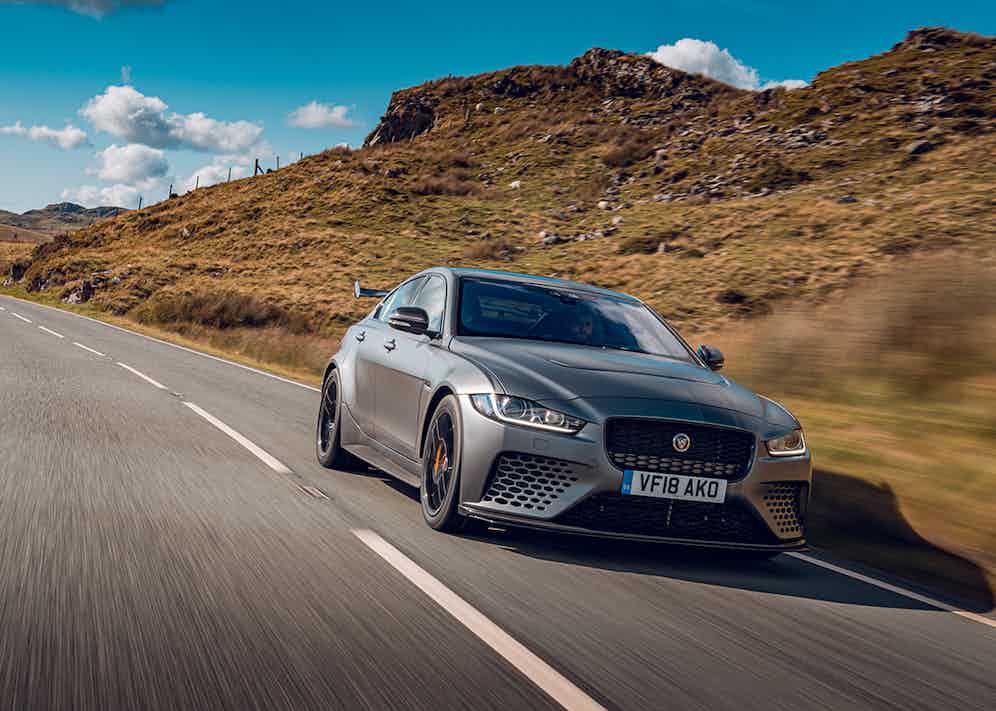 Despite the change of seasons, I recently found myself on a sun-filled trip exploring the rugged environment (and extremely open roads) of North East of Wales, hosted by the fantastic team at Jaguar. A true celebration of British lifestyle and heritage, we took to the scenic roads of the local countryside in something that had had me rubbing my hands with anticipation for weeks: the new XE SV Project 8 by SVO. Wales has some dreamy driving landscapes to offer, and this car possessed all the devilish attributes to make full use of the open roads.

For those who don’t yet know, SVO aka Special Vehicle Operations creates the ultimate Jaguars. The fastest models with the highest level of technology to make each one exclusive and limited to 300 units. The F-Type Project 7 was their first “project” inspired by the Le Mans winner D-Type. This time round, they created the most extreme performance Jaguar ever, based on the XE saloon – in fact almost nothing from the XE remains as over 80% of the engineering content is unique. For this, the narrow, winding roads of the wild, Welsh landscape - complete with herds of sheep watching your every move - were more than perfect for the weekend road trip we had planned ahead of us. 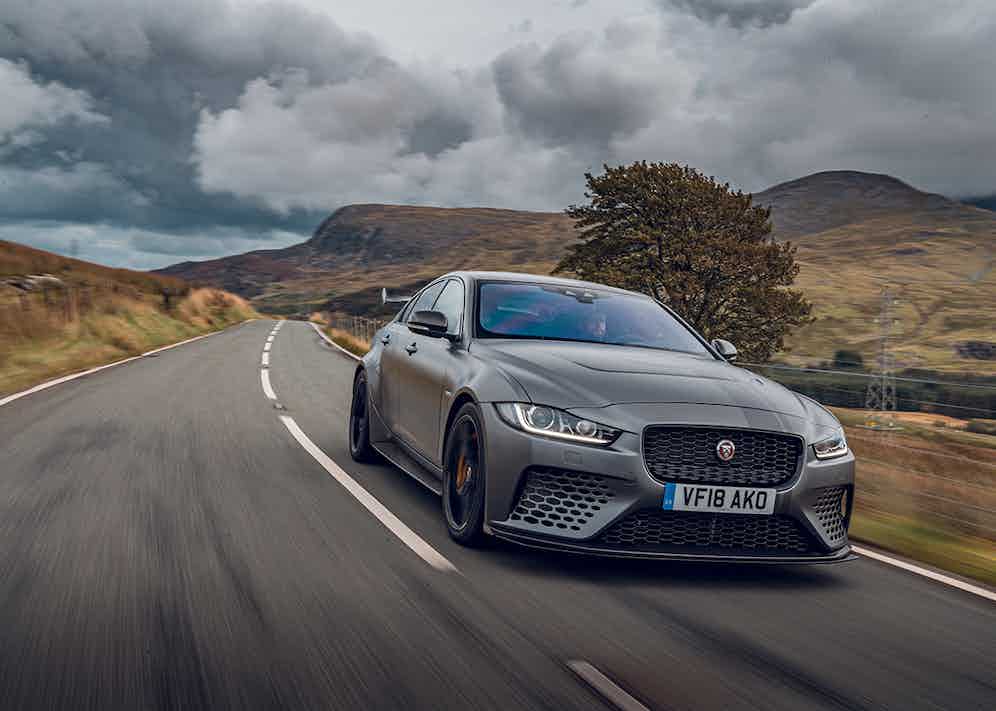 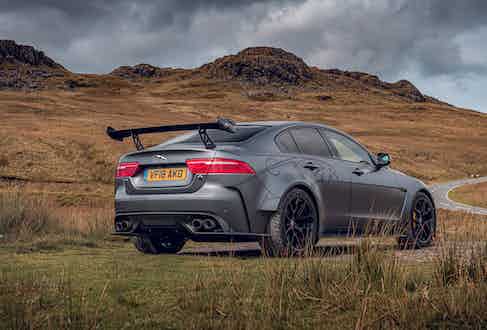 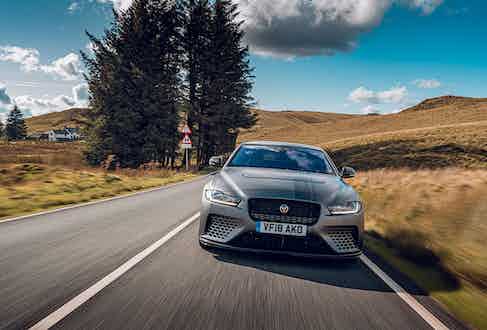 Arriving from Hogarths Hotel in Solihull in the Jaguar F-pace type R, we approached a breathtaking scene; a line up of three showroom slick Project 8s sat patiently on top of a hill, the morning mist beginning to clear around them. The consisted of the Touring model, a two-seat 'Track Pack' and a four-seat version. There's not a whole lot of visible difference between them, other than the Touring being wingless. Inside, only the Track Pack stands out with the cage and just two seats. Well, it is for track days, as you guessed. Even knowing that it’s the exact same car as the two others, the Track Pack, somehow, inspires some real excitement. The car recently beat its own time on the Nürburgring Nordschleife with 7m18.3s and currently is the fastest four-door production car on the planet.

The cars showcased the sublime 5.0L supercharged V8, 592bhp along with adjustable suspension and aerodynamics. In a world where most manufacturers tend to get smaller engines, this 5.0L is just what we need: manna from petrolhead heaven. It speaks to the heritage of Jaguar racing, with a sophisticated growl at the merest touch of the accelerator. Clocking in at 3.3s for the 0-60mph and a top speed of 200mph and 700Nm, they make great stats for pub conversations, but what matters most is how you handle this much of everything on proper roads. The all wheels’ drive is your best friend and provides you comfort from one corner to the next without any fear of giving too much sudden power to the throttle. The gearshift is crisp, dampers and springs are stiff and it feels connected. The car is agile, capable, powerful but not light despite the carbon feel all around the vehicle.

Three hundred and fifty miles later, and with a little help prising my bloodless fingers from the death grip on the wheel, we arrived at the Ynyshir Hotel run by Chef Gareth Ward, a Michelin-starred restaurant with rooms located on the coast of mid-Wales near the Snowdonia National Park. And because a road trip is as much about the stops as it is the roads, we were a bunch of happy drivers when Gareth boldly proclaimed that he was about to serve the best BBQ of our lives. He was not wrong. This trip was a mixture of some of the most stunning roads, thrilling driving and some of the best meat I have ever had. If you're hellbent on adrenaline-fuelled driving, the kind that makes your face intermittently flick between wide smile and open-mouthed terror, then The Project 8 is indeed a fantastic trio of beasts just waiting for you to tame them. 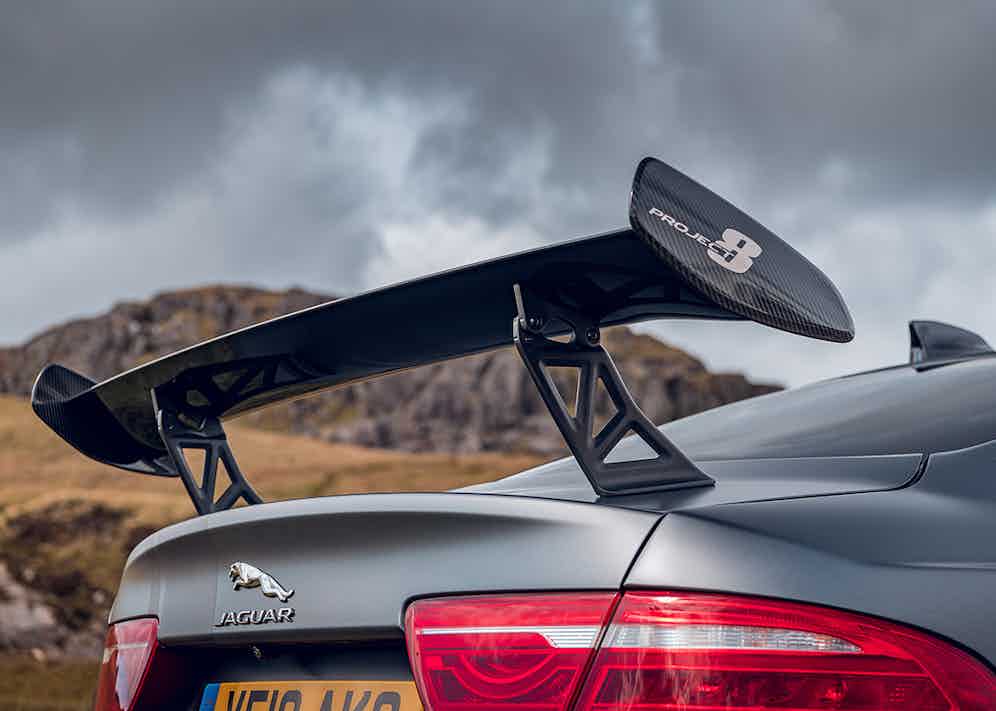