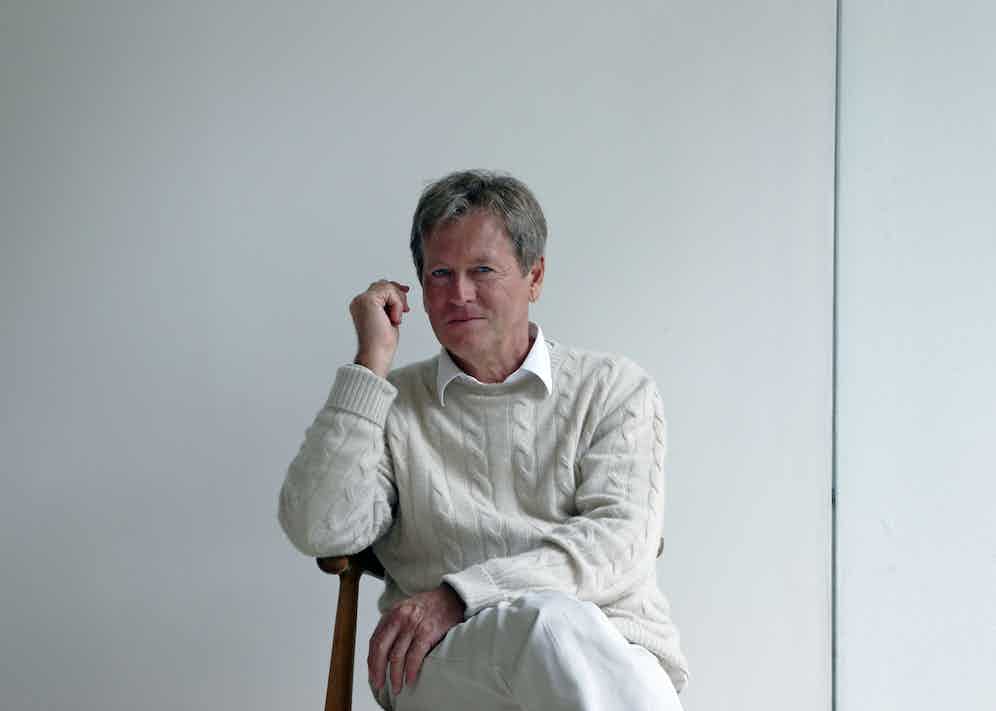 “My wife Catherine prefers me in blue shirts,” says John Pawson, with maybe just the subtlest hints of disdain for the very idea. “But I have a fondness for white ones. I prefer other people in white shirts too, because they’re the least clashing with the surroundings.” That a man should be quite so particular about the shade of his shirting is perhaps better understood given Pawson’s reputation: as arguably the west’s pre-eminent exponent of what some call minimalistic, but what he prefers to call simple architecture, interiors and objets.
This is the man - appointed CBE for services to architecture last year - who gave Calvin Klein’s stores their signature sparseness, who stripped ostentation and flash from the idea of luxury espoused by Ian Schrager’s hotels, who designed both London’s new Design Museum and a Cistercian monastery - and who was told by the prior, on visiting Pawson’s home, that he worried his aesthetic was “too austere”. Unsurprisingly perhaps, Pawson is also a man known for his love of pattern-, texture- and colour-free white shirts, which - given his Methodist background - he frugally wears until they’re falling apart. “And I’m not precious about them,” he adds. “You get used to not worrying too much about the state of what you’re wearing when you spend so much time on building sites.” That said, he prefers to keep his shirts as white as possible. He washes them on their own - not even with other white garments.
Given how minimalism is often wrongly conflated with the cold and uncomfortable, Pawson can wax lyrical about the sensuality of slipping into a fresh white shirt, but also - given how white is often misconstrued as bland or featureless - about the sheer variety of whites there are, once you open your eyes to them. He’s a self-described evangelist for white. But, he stresses, it’s a colour that should be worn in moderation: rarely if every head to toe, preferring himself to set his white shirts off against grey flannel trousers in the winter and classic chinos in the summer. 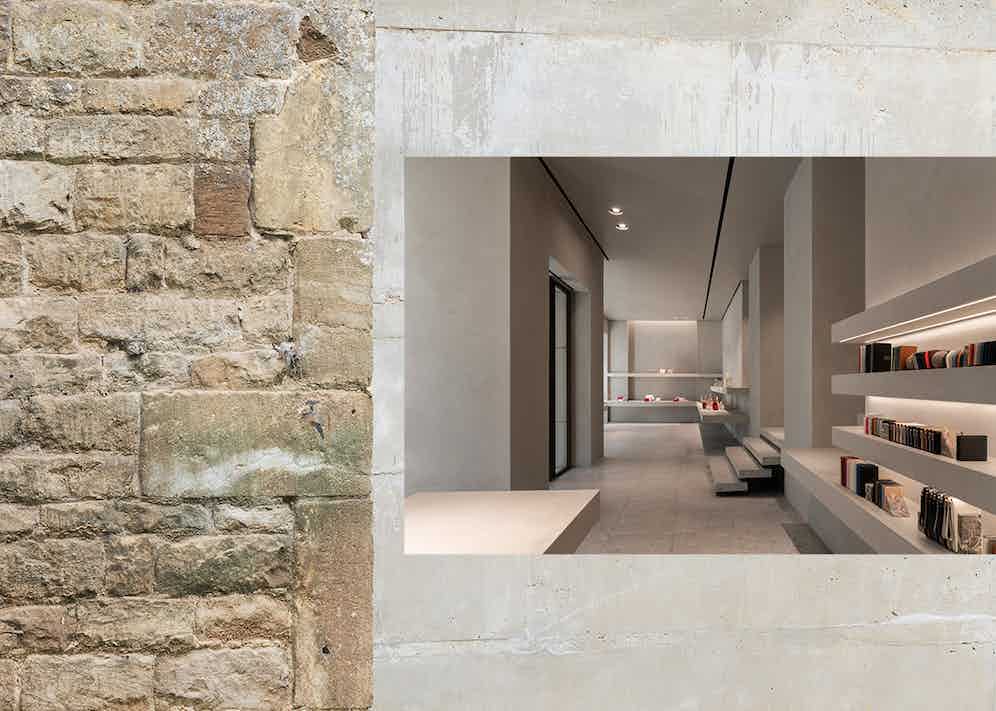 Naturally Pawson - who was first drawn to this iconic garment by Shiro Kuramata, the Japanese designer he was apprenticed to, and who wore a fresh, heavily-starched white shirt every day - is not the only man to appreciate the clarity of a white shirt. Indeed, Beau Brummell’s insistence on a largely monochrome attire - in contravention to the habit for men of wealth to dress with all the finery and colour of a clown - was arguably the first step towards menswear’s long-standing association with restraint.
In more recent history the white shirt came to straddle the standing of being both an egalitarian everyman garment and an elitist one. For the rising clerical classes was invented the term ‘white collar’ - which came with a degree of resentment among working class men, who referred to them more as ‘white collar stiffs’ for seeming to dress above their station; and for the well-to-do the white shirt remained an expression of wealth, because, as ever it was, keeping a white shirt white required time and labour. To drive home some distinction, the wealthy even wore the collars of their white shirts especially high, almost to the point of restricting the head, because ease of movement wasn’t something their ‘work’ required; from this comes the idiom ‘to look down one’s nose’ at someone - that was all they could do.
But in the white shirt’s very lack of pizzazz also lay a certain symbolic power. In the Victorian era the white shirt was associated with sobriety, the colour - or lack of it - echoing the masculine ideals of the time, constancy and dependability, much as for women it suggested purity. 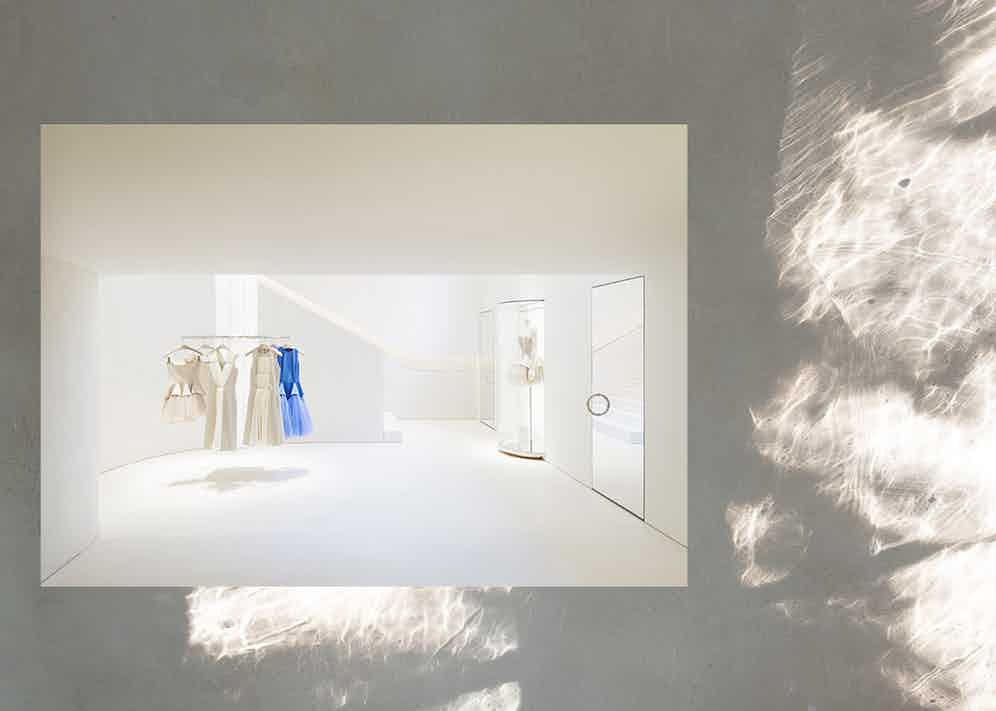 Much as the stereotype of the architect/designer has run with this idea of purity from an aesthetic, rather than a moral standpoint, wearing a white shirt because for its representational power surely persists. At the insistence of the CEO, Thomas Watson, all IBM employees of the 1920s through to the mid-1950s wore white shirts, since the uniformity was associated with trustworthiness - an idea that some City banks have built on, albeit without the trustworthiness of course. Or the way in which, over the pre-war period, Madison Avenue concocted Arrow Collar Man for the brand of the same name, a white-shirted figure that again came to embody popular notions of specifically American masculinity.
Indeed, it’s an idea that won’t go away - big shoulders aside, the ‘power dressing’ of the late 1980s and early 1990s was predicated on the white shirt. ‘Power’ is the operative word here: the white shirt rides the coat-tails of a long-standing, deep-seated psychology that associates the monochromatic with value, and colour with cheapness. Aristotle suggested that colour was superficial, hiding the ‘truth of form’ beneath. Western thinkers the likes of Rousseau, Kant and Reynolds all, by turns, rejected colour as infantile and, reading between the lines, as vulgar. Minimalist monochrome, in contrast, continues to be associated with sophistication, in black and white photography and film, for example. And perhaps even at John Pawson’s office.
“I’m very easy going in the office in terms of everything else - but I do prefer everyone there to wear white, or maybe black,” says Pawson. “Of course, they don’t actually do this. They’re not tidy at their desks either. I don’t want the place to look like a monastery or one of those trendy graphic design studios so I have to be careful. But when I see people in white or black - those tones - I must say that I’m happier. Colour is harder. Catherine wears incredibly coloured clothes - but not in my office.”