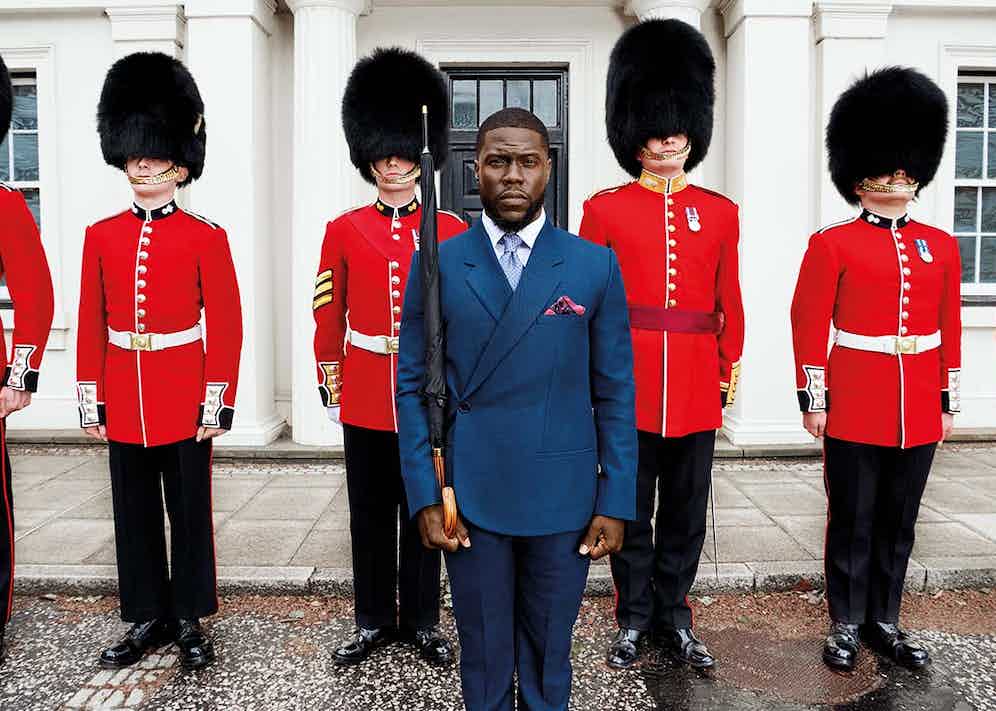 Kevin Hart pictured with officers and soldiers of the Grenadier Guards at Wellington Barracks.

If your lifestyle exhibits even a smidgeon of torpor or apathy, you might consider the business of being Kevin Hart to be — as Blackadder put it — a fate worse than a fate worse than death. It’s not that Hart constantly has work (though he does); it is that he is always working. He may be the human representation of perpetual motion, a body with the fierce energy and build of a track and field athlete and the mind of a sage philosopher, always pushing the boundaries of his self-worth and how he might one day improve his lot. Which is a bit of a surprise given his success both in terms of screen time — just shy of 10 movies and comedy tours in the past three years — and financial success: according to Forbes, his earnings were around $57 million in 2018, a figure no doubt buoyed by his Irresponsible tour, which sold more than a million tickets and is currently on Netflix (a must-see for all parents).

Kevin is a professional. At first greeting you might experience some short-term puzzlement, as you expect his on-screen Tigger-like gregariousness to be immediately apparent. What emerges instead is his polite but unassuming character, which is perhaps consumed by the 50 different objectives in his mind at once. My high expectations are certainly unfair; he is barely off a flight from Los Angeles, away from his family, and meeting complete strangers — we can hardly expect a stand-up routine. Still, when you are someone who has, in quite a short space of time (he only really became a leading man in 2014), injected a gaudy, audacious and unbearably funny persona into the comic sphere, one that holds its own against the wit of Will Ferrell and the awe-inspiring charisma of The Rock, you will have people all over the world who have been affected positively by it and dream of seeing it up close. Our interview was enjoyable, though in a cultural-media climate that thrives on negativity and mean-spirited hatchet jobs, the idea of my gaining his implicit trust from the first handshake was understandably unlikely. 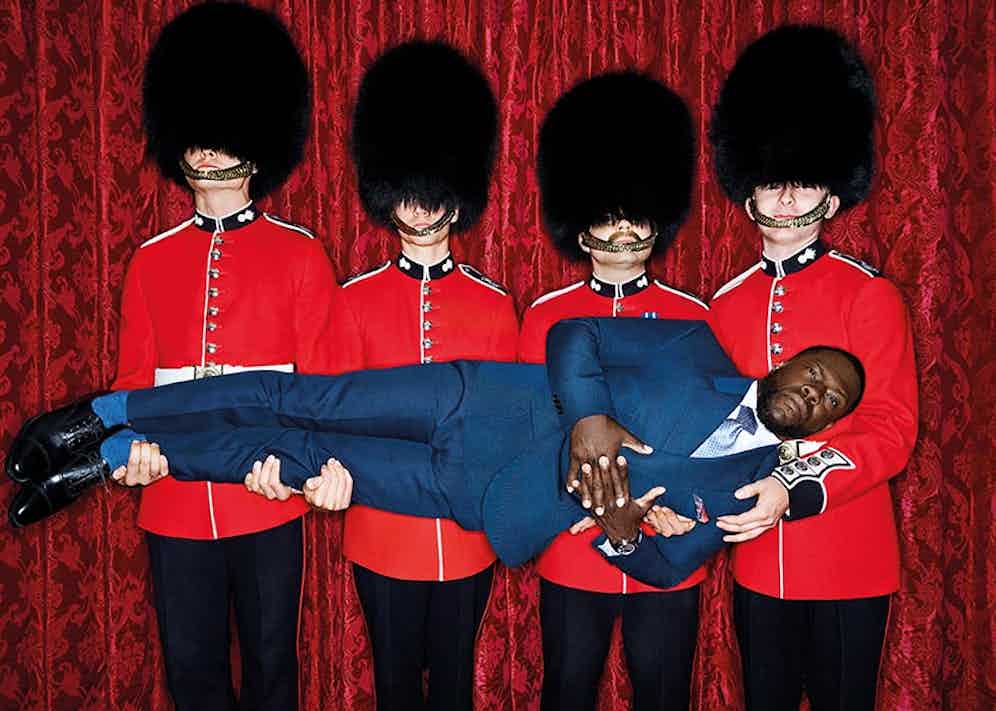 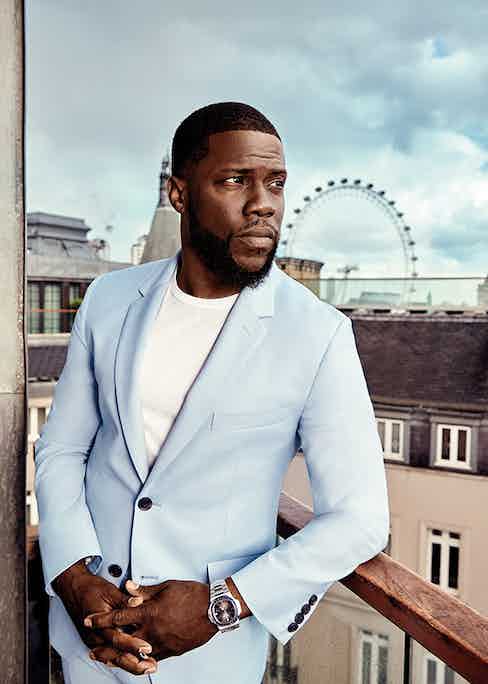 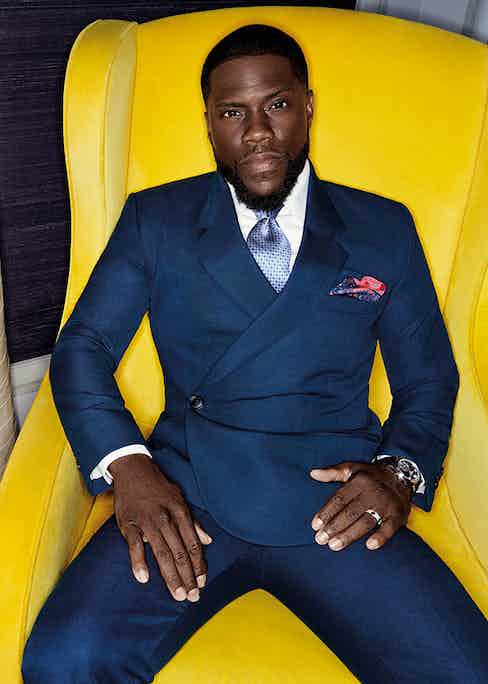 Hart’s journey to a very busy 2019 has required a long-term rewiring of how he operates in the face of challenges. Being born in north Philadelphia was not a recipe for comfort and assured future prospects. “You could call where I grew up ‘the ’hood’,” he says. “Not one of the safest places, but when it is all you know, it is safe. It’s not until you go elsewhere that you find out the environment you grew up in was a tough environment.” As a boy he was not by any means a model student: “I was just like any other kid that probably didn’t apply themselves 100 per cent in school. I didn’t take it that seriously, and it wasn’t until I realised that all of my friends who I thought weren’t taking it seriously actually were… They had plans, they had an idea of where they wanted to go and what they wanted to do, and I didn’t. So when you realise you’re the man who is left out and the low man on the totem pole, because of stupidity or lack of understanding and ignorance, it kind of makes you shape up fast.”

Children rarely struggle across the board. Part of a child’s development is discovering where they offer most value to a room and how they fit in. Sensitivity to being left out helps them locate their skills, and Kevin found early on that, perhaps unsurprisingly, he could bring humour. He says: “I was the funny guy, I was always the personable guy, the feel-good guy, whether that was with my classmates, teachers, family, strangers. I was always somebody who treated people with respect, treated people how I want to be treated. Laughter for me was just that — laughter was the feel-good. It never misses.”

Read the full interview in Issue 64 of The Rake - on newsstands 6 June. Subscribe here.

Special thanks to the Corinthia Hotel, London and the Grenadier Guards. 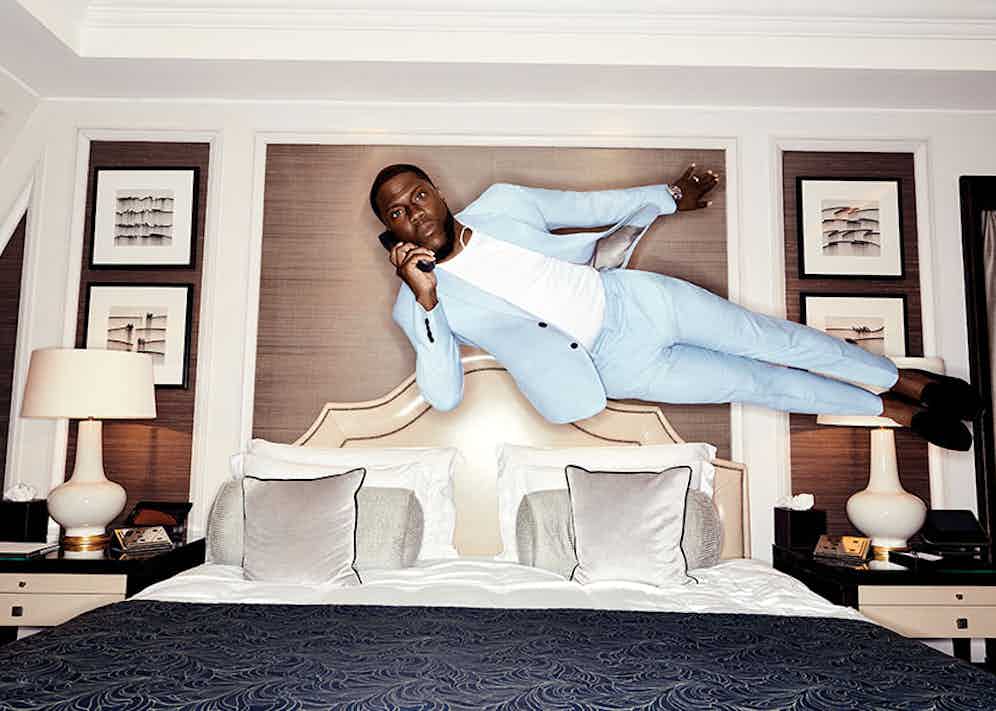