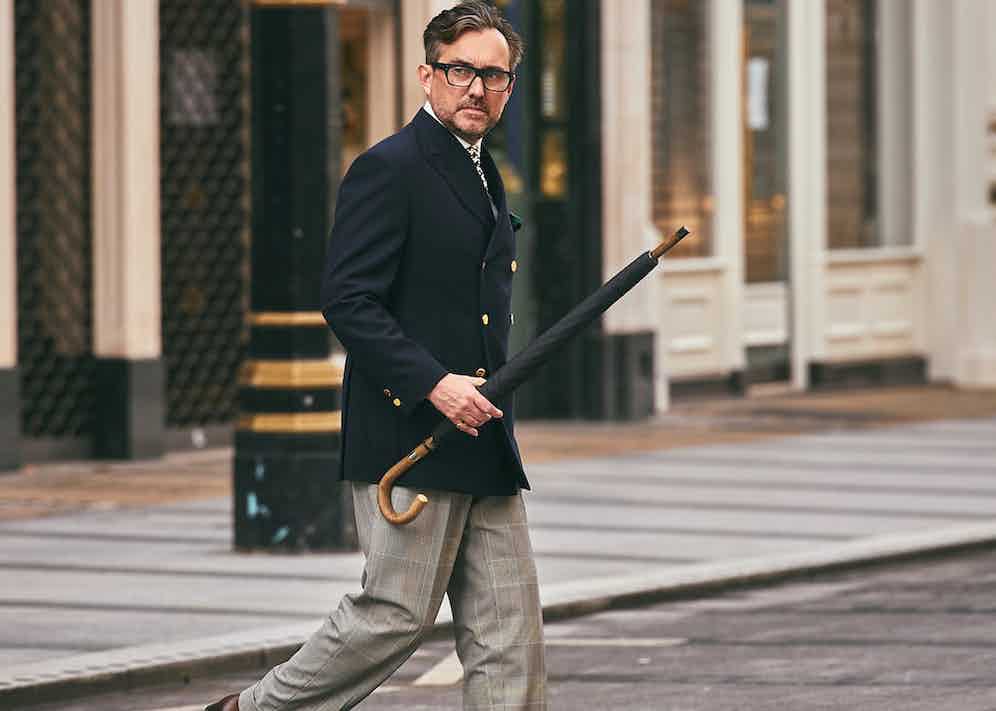 When Kit Blake burst onto the menswear scene it was a refreshing paradigm shift away from the omnipresent low-waisted and overly-tapered models that saturated the market. So universal were these designs, it seemed that trousers of classical proportions worn by the icons of the silver screen such as Cary Grant, Gary Cooper and Humphrey Bogart had faded into obscurity. There is the option of bespoke or the great Edward Sexton for a slightly subversive take on classic trousers, but in the circuit of British tailoring, people didn’t really know who to turn to. Relics in people’s music paraphernalia, cassettes and vinyl caught the industry off-guard with a mesmerizing renaissance in recent times. Fortunately for people yearning for old-fashioned English cut trousers, there is The Rake’s sartorial guru, Chris Modoo who certainly hadn’t been caught flat-footed. An experienced menswear aficionado who has spent over 20 years on Savile Row, he realised that like old-school audio, people wanted trousers of traditional trimmings back in their wardrobes. The final signal came when he recognized that there was a succinct imbalance of the number of jackets to trousers in his own costume locker. Times have changed a little since their first collection, but with the entrepreneurial spirit of Richard Wheat, the co-founder of Kit Blake, they have cunningly adapted their designs to suit today’s living, but without sacrificing any of their originality. 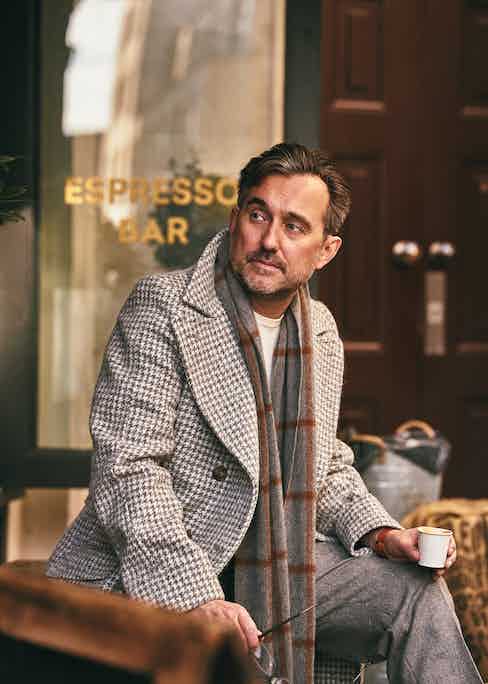 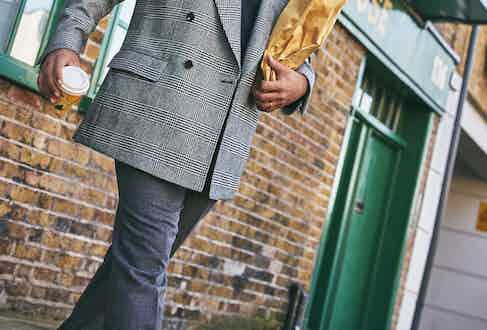 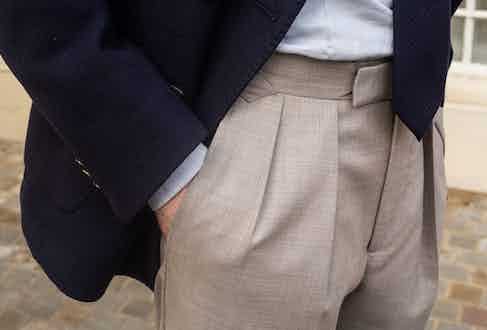 The premise of Kit Blake’s designs was never about a stringent return to formality. What makes their trousers so delectable is that apart from the natural way they drape and how their cloth feels on the leg – each model of trouser is extremely versatile. Known to perfectly protrude informal elegance, their new collection arrives with some enterprising innovations for the impending spring and summer seasons. We got caught slightly unawares last year in organising our wardrobes for the aforementioned seasons, but with a collection consisting of old-school worsted Blake Plaid trousers, 2-ply tropical worsted trousers and the brand's new single-pleated “Duke” model, any trouser quandaries will be put to bed.

Cut in the brand’s signature Aleksandar model, their mid-brown VBC tropical worsted trouser imbues the sort of summer elegance that you see at ‘Glorious Goodwood’ horse race meeting in July. Incidentally these breathable trousers, with sharp double-pleats would pair beautifully with a lightweight navy jacket and a Panama hat, when the spectators are allowed back on the course. 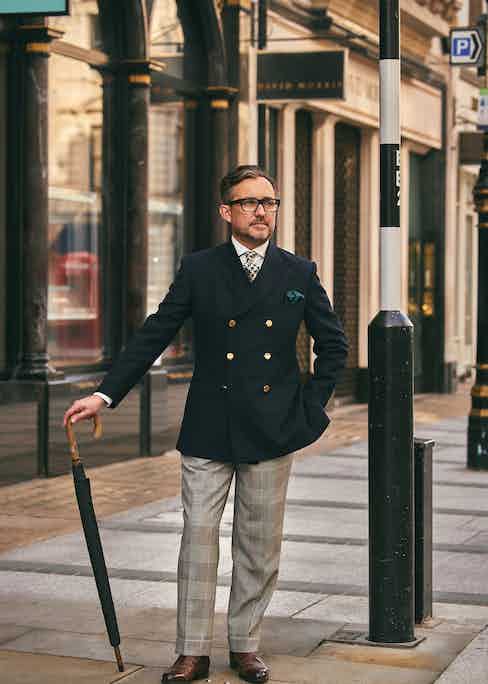 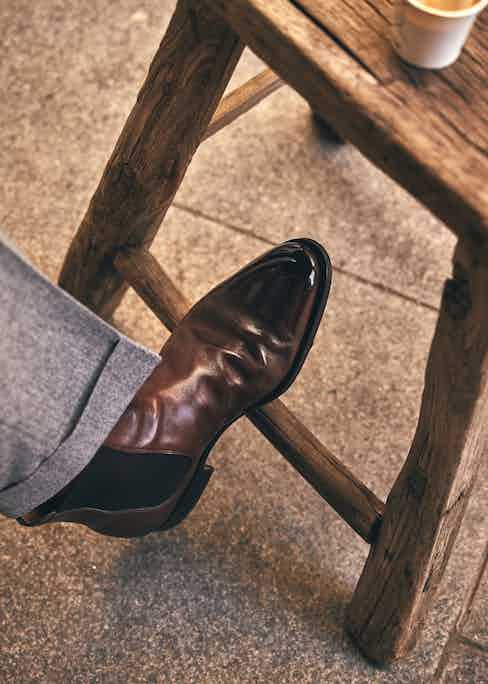 Chris Modoo’s passion for classic menswear is tantamount to the importance he places on high-quality fabrics. Especially woven by the Lovat Mill, the brand’s new Blake Plaid Aleksandar trousers come in a very special worsted cloth with a high-twist and “nutty” texture. The fabric dates back to the Edwardian era giving it a vintage quality. Heading into the spring and summer months, these trousers are multifaceted in the fact that they can combine beautifully with a warmer knit for a sharp day in March or with a linen double-breasted blazer on a humid day in June.

Jeans with a higher-rise take kindly to a Western-inspired belt and so do Hollywood trousers, but a high-rise trouser without belt loops elicits the finer physical attributes of a man’s waist with superior elegance. The brand’s first single reverse-pleat model, the “Duke” combines the comfort of the Aleksandar, but its reverse-pleat creates a touch more definition, without excess drape. Constructed with a higher-rise, the waistband boasts side-adjusters and internal brace buttons. A familiar Duke for his short-reign as king and of course the most magnetic yet unpredictable royal to exploit dress codes with stylish idiosyncrasies, the Duke of Windsor is likely to have been an admirer of his namesake trousers. Exiled to the French Riviera, these trousers are lighter and more breathable than the brand’s classic flannel, and so you can imagine the Duke roaming the luscious strip of Riviera coastline sporting these trousers, with an Italian knit polo-shirt accessorized with his favoured ascot. 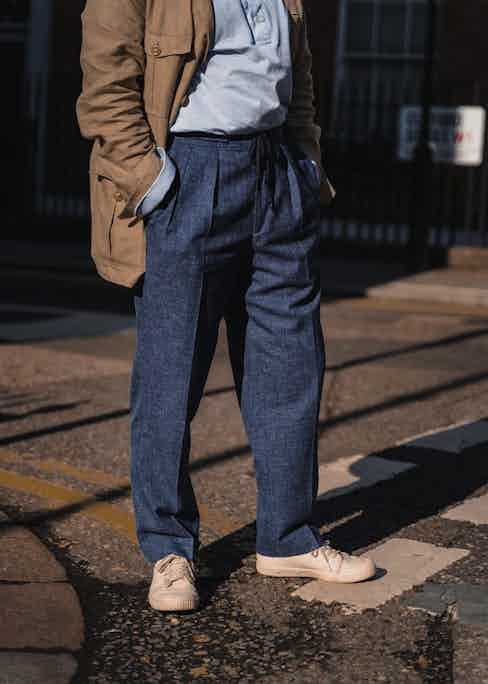 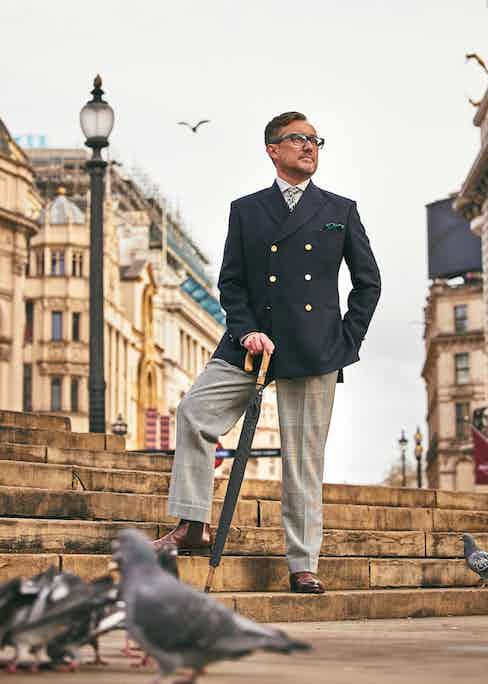 For the small band of middle-class Francophiles, the book A Year in Provence, 1989 by Peter Mayle had blown their bucolic secret hideaway. For those expatriates who witnessed the serenity like it was before the best-selling memoir, the few that are left and who have managed to remain in Provence have seen its villages dramatically retreat in numbers. Although helipads continue to be busy, the Riviera (not economically) might benefit from the same year off. No longer are people getting dressed up in their smarts for supper in La Colombe d’Or in Saint-Paul-de-Vence. Instead they’re at home trying to live as comfortably as possible. And whilst the majority of the jet set have failed to swoop in and are not around, people don’t mind being seen in drawstring pants. In the very near future drawstring pantaloons will be added to the Kit Blake assortment. They have the coolness and handle of linen, but apart from the drawstring waist they combine all of the attributes of a classically cut English trouser and are perfect for modern business, travel and leisure.

Elsewhere, Kit Blake have produced a slightly lighter iteration of their inextricably popular salt & pepper trousers which are rich in character and an extremely versatile separate. Some may view a chalkstripe trouser separate as a slightly random piece. But the inclusion might just be a masterstroke from Kit Blake. Chalkstripe acts as the smart pivot for some fun to be had with the rest of your outfit, where you only have to look how respected menswear photographer Robert Spangle opened up a new liberation for the pinstripe suit with his Juliet-framed Oakley sunglasses and navy jumper underneath with a long necklace chain hanging over its exterior. This type of liberation is exactly what all of the Kit Blake trousers can offer in a time wear informal elegance rules the roost.