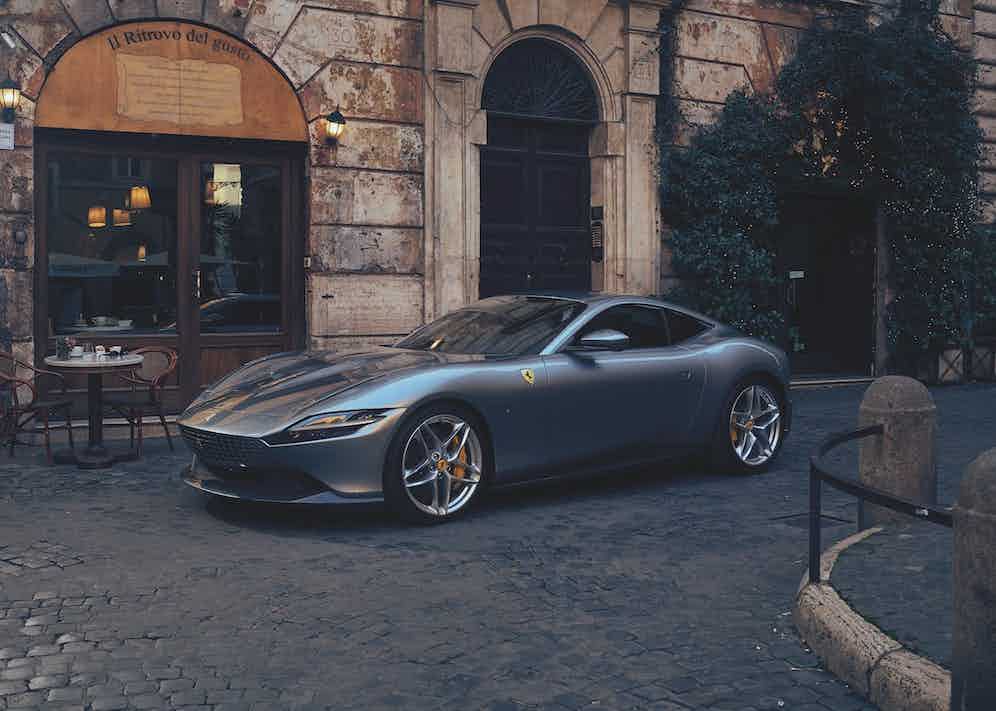 According to the Oxford English Dictionary, a ‘grand tourer’, or GT, can be defined as “a car designed for comfortable long-distanced touring”. The term, derived from the Italian gran turismo, originated in the mid-century with cars made by marques such as Ferrari, Alfa Romeo and Mercedes-Benz. The recipe was straightforward: they were typically front-engined, and speed, comfort and luxury took equal priority. It was a combination that produced some of the finest cars of the 20th century. The Ferrari 250 GT, Mercedes 300SL and Aston Martin DB5 represent the pinnacle, encapsulating why GTs are so alluring. Here are three cars that were very quick in their day, with emphasis placed on straight-line speed, cornering performance and comfort. Yet equal importance was placed on the way they looked and felt. They’re beautiful objects of desire, and as a result they command shockingly high price tags today. 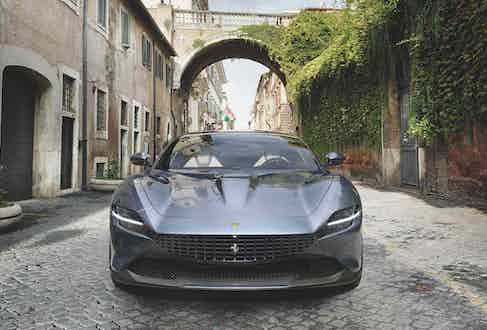 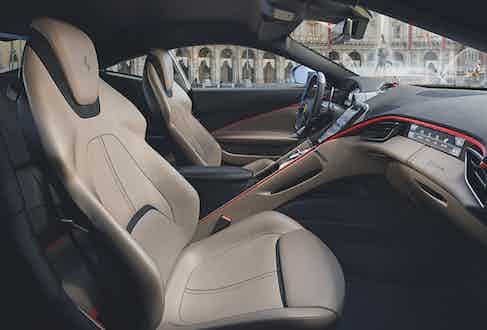 What about modern GTs, though? The recipe is being faithfully replicated by some: Bentley’s Continental GT is an ultra-luxurious take; Aston Martin continues the iconic DB series with the DB11; and the Mercedes-AMG GT’s silhouette is loosely inspired by the 300SL. But elsewhere, things have become a little fuzzy. The McLaren GT isn’t really a GT at all. It’s more refined than other McLarens, sure, but it’s also mid-engined and has more in common with modern sports cars than it does grand tourers. And that brings us to Ferrari. The Italian company dominated the GT game from the 1950s to the nineties, but they’ve been somewhat lacking in recent model line-ups. On paper they’ve been there, in the form of the F12 and, today, its successor, the 812 Superfast. But both are supercars in disguise. 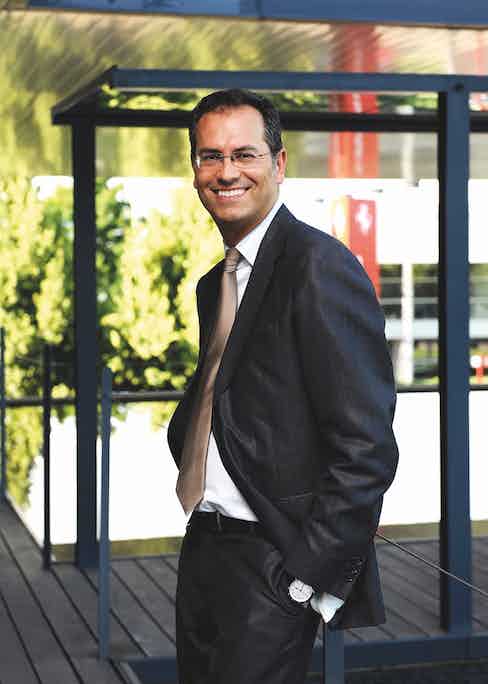 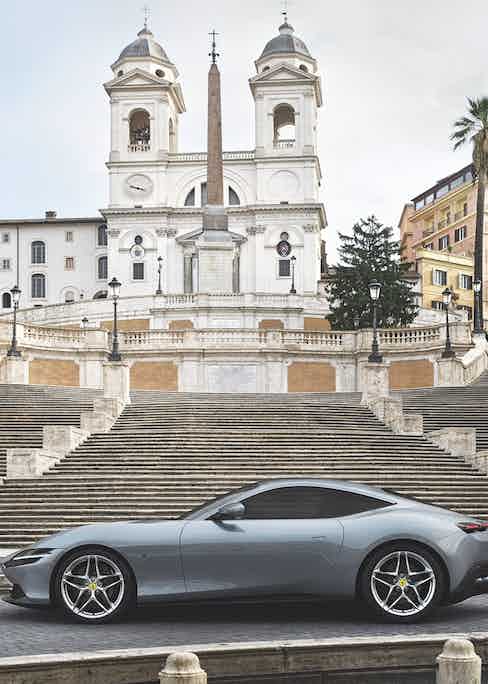 Take the 812 Superfast. The name gives things away — this is a ballistic missile of a car, complete with 789bhp, a howling 6.5-litre V12, and a design that places function over form. It’s brutal rather than elegant, and if you’re not careful in the corners, it will try to kill you. It comes with optional racing harnesses, and whichever way you spec it, it is huge, weighing more than 1.7 tonnes. Subtle, it is not. It’s up to Ferrari’s latest model, the Roma, to redress the balance. If the 812 is the offshore powerboat, the Roma is the Riva Aquarama you take around the south of France. It’s a departure for Ferrari, and is arguably the first pure-bred GT in the marque’s stable since the fabled 550 Maranello, harking back to the classic GT formula in more ways than one.

Since he first joined Ferrari as design chief in 2010, Flavio Manzoni has been responsible for the brand’s most forward-thinking models — cars such as LaFerrari, the 488 and aforementioned 812, which have lit the way for Ferrari’s future. The Roma is different, though: it gazes wistfully into Ferrari’s rearview mirror, looking back to cars of decades gone by. Since the turn of the century, it has seemed as though each new Ferrari has tried to trump the last, becoming faster and more powerful with each generation. The Roma breaks from this pattern, dialling things down a bit both aesthetically and performance wise. We say ‘a bit’, because its 3.9-litre twin-turbocharged V8 still pumps out 612bhp, which is enough to launch it from standstill to 60mph in 3.4 seconds. It’s quick, but not quite at the sub-three-second level that is becoming the norm for the cars in red. 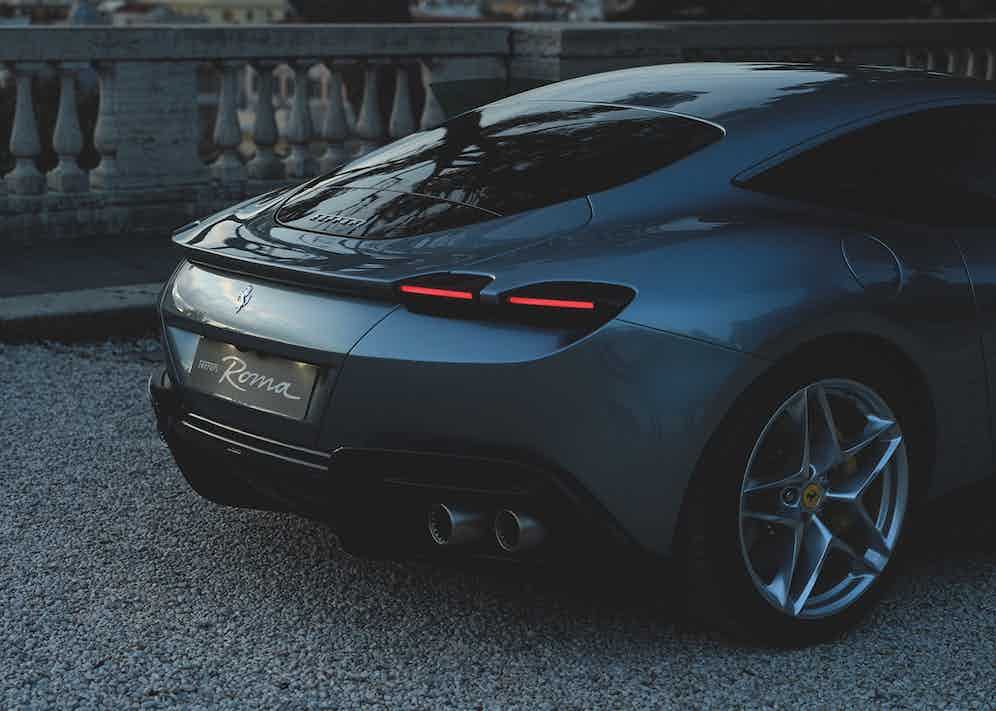 Visually things have really changed. Forget sharp angles and aerodynamic crevices: the Roma is velvety smooth, its curvaceous panel work evocative of those mid-century GTs we know and love. Manzoni notes, “The most important thing about this car [is] the proportions…It is the position of the engine that gives us this very elegant, Gran Turismo architecture. The cabin is compact, almost sitting on the rear wheels, while the bonnet is long.” It’s a classic look, and “a typical Ferrari concept, as it originates from the Ferrari 250 GT”.

In Formula One, there’s a growing number of fans eager to see simplified cars with less complex, naturally aspirated engines, the likes of which made the sport so exciting in the first place. The same can be said of modern performance road cars. They’ve become so technologically advanced and arguably too powerful for their own good. The endless chase for extra speed and larger numbers on the stat sheet has to end at some point, and perhaps it has with the Roma. It’s an incredibly advanced car, but it cares not for lap times, placing more emphasis on style and the ‘experience’ of Ferrari ownership. Inside, its driving mode switchgear has been modelled on the iconic open-gate manual Ferrari gearbox found in the firm’s most celebrated GTs. A new manual Ferrari may never exist again, but it’s little nostalgia hits like this that make the Roma so enticing. When you’ve got such an illustrious heritage as Ferrari, why would you not tap into it? Perhaps the way forward is to look back, after all.