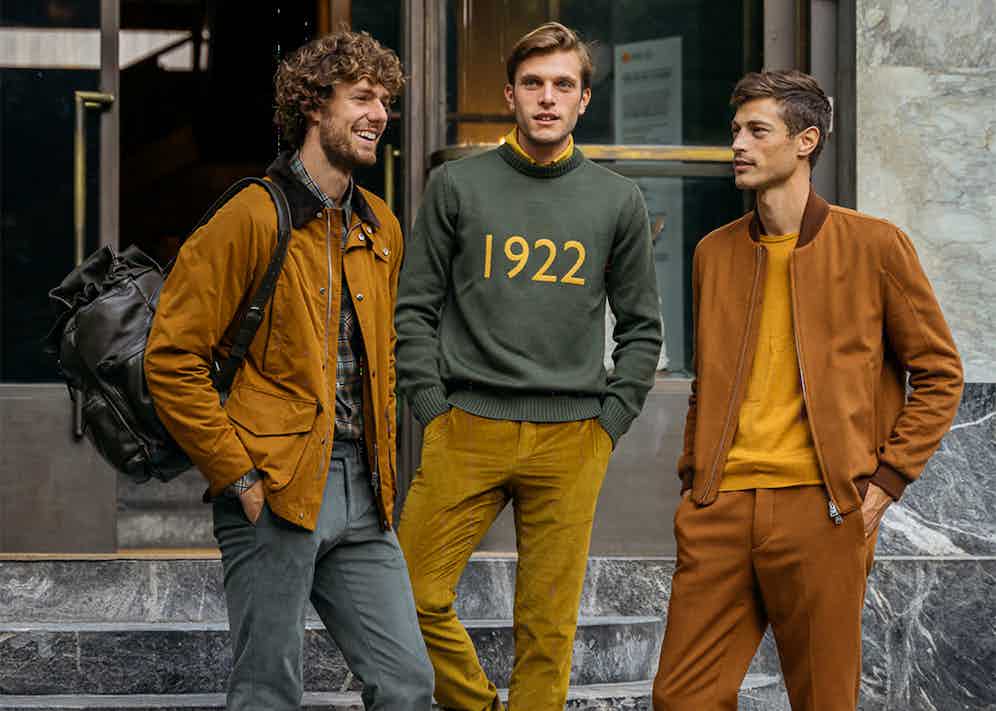 Pop quiz: Who is the oldest luxury tailoring house and textile producer on Milan's Via Montenapoleone? Chances are the name on your lips is Ermenegildo Zegna. It was the 'textile producer' bit that led you to think of Zegna, right? You're not so far wrong, but you are wrong. Zegna might have been founded a decade before Larusmiani, but the latter was first to put its footprint on Milan's most famous shopping destination, somewhere it has enjoyed inhabiting to this day.

To the average ear, Larusmiani might not mean a great deal, but the trained ear will most certainly prick up at the mention. The third generation family-owned brand distributes more than 2 million metres of fabrics per year, most of which are Italian, ranging from cotton, wool, cashmere, to silk and linen. The company’s textile collection combines tradition, innovation, functionality and performance, with over 60 years of research experience developing new techniques and blends. Every season, for example, Larusmiani comes out with almost 300 new articles between classical, technical and extremely precious fabrics such as vicuna. 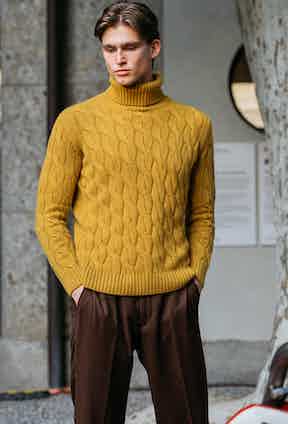 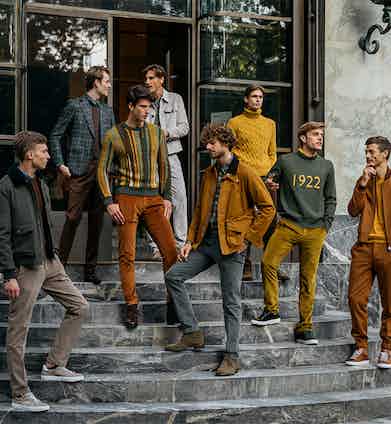 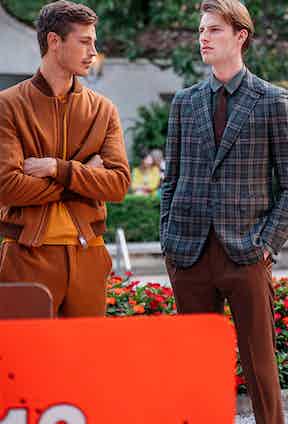 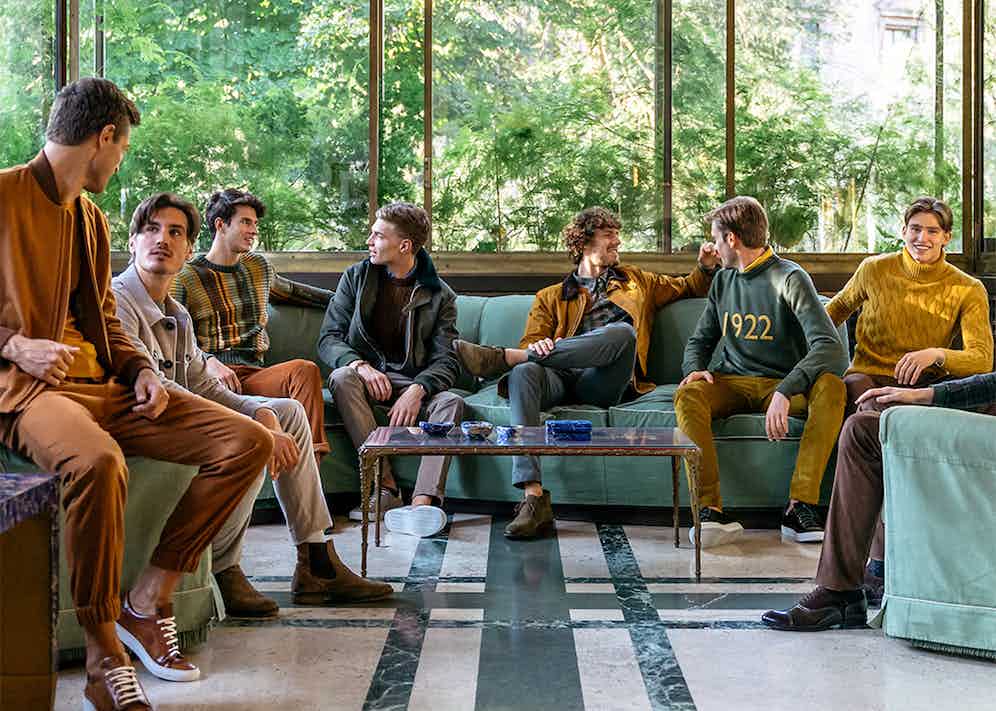 Walk into the store on Via Montenapoleone and the heritage of the brand is palpable, but also communicated in a very contemporary way. Larusmiani might be the old man of Montenapoleone, but the fusty old man tailoring shop it is not. Every step of its evolution, from the day Guglielmo Miani began the business in 1922, has been modern and considered. Those early days were galvanised by Miani's creativity and determination to dress the leading artists, literates, politicians and entrepreneurs of the time. Among many of the famous customers were Buster Keaton, Charlie Chaplin, Totò, Fausto Coppi, Walter Chiari, Gino Bramieri and Giuseppe Capogrossi, just to name a few. In 1936, the company grew exponentially when it started to produce raincoats, along with tailor-made suits. Whether foresight or serendipity, Miani timed this expansion to perfectly coincide with the sudden vogue for English trenchcoats. The company name is inspired by the raincoat itself. The unmistakable logo sewn onto each Larusmiani garment is the seagull, Larus in Latin, chosen for its waterproof plumage and the values of freedom and independence that it embodies.

Between 1939 and 1958 Guglielmo Miani opened four Larus Boutiques in the centre of Milan, among which was the current concept boutique on Via Montenapoleone in 1954, around the same time that the textile arm of the business really started to take off. His entrepreneurial ambition led him to import fine fabrics from Great Britain and he was the first to import to Italy the famous vicuna, the most precious fabric in the world. Not only was Miani an excellent tailor and perspicacious businessman, he was also a patron and philanthropist in love with his city. His charitable efforts and promotion of Milan's business interests afforded him several honours including, in 1970, the title of O.B.E, Officer of the British Empire.

In 1973, stewardship of the brand was handed to Riccardo's son Guglielmo, who continued to reconcile the industrial and sartorial elements of the brand, turning Larusmiani into a high-end textile powerhouse. As the idiom goes, however, size isn't everything: Riccardo didn't want to turn his back on that element of the business which was so integral to the brand's heritage - personal tailoring - and so in 2011, the new concept boutique was opened on Via Montenapoleone, designed by David Collins. In 2015 Larusmiani joined forces with Aldo Lorenzi, bringing his collection of furniture and accessories into the historic boutique at No. 7 Montenapoleone, perfectly emphasising Larusmiani's dedication to pure excellence and craftsmanship. 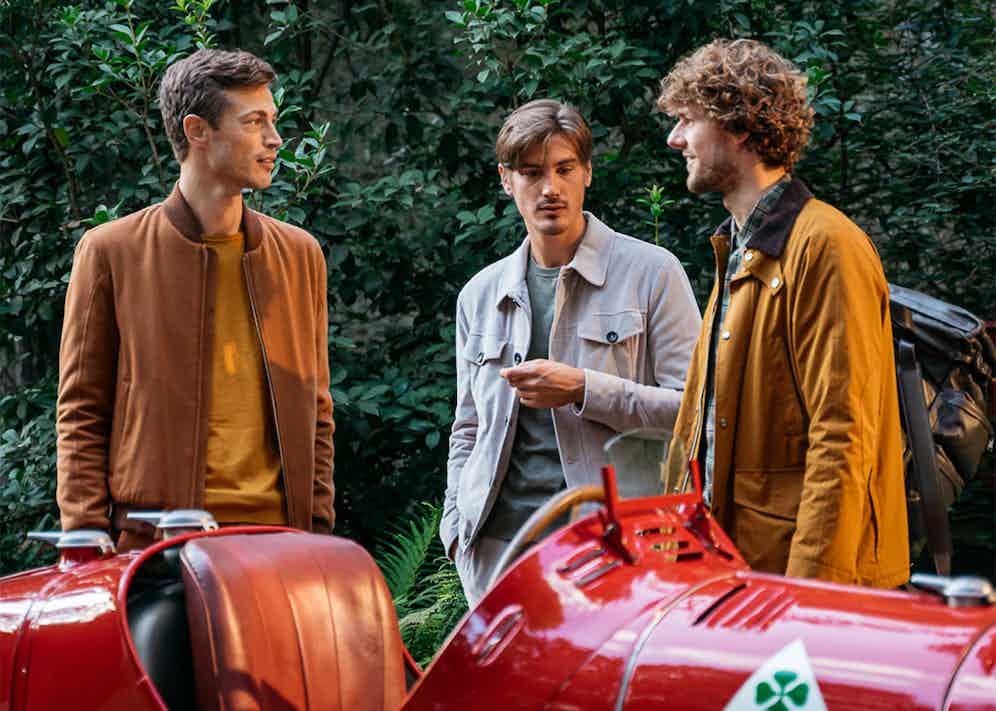 Today, Larusmiani's suit offerings include full bespoke and Made To Measure, the latter of which takes at least 32 hours of work. Practically all the steps involved are carried out by hand, such as the jacket lining, the sewing of the neck, the making of the pockets, the armhole, and the embroidery of the buttonholes. The inside waistband of the trousers, the bartacks on belt-loops, the corners of front pockets, the back pockets and buttonholes are all hand-sewn, as dictated by the rules of long-established tailoring traditions. The inside of the jacket is lined with camel hair in the front and horsehair on the shoulders. Hand-stitched seams, with looser stitches than machine ones, give the garment a natural stretchiness that ensures greater comfort and elasticity.

This AW19 collection is full of the tropes we've come to expect from Larusmiani, not least the rich and vibrant colour palette, which is replete with earthy tones of brown, green and copper. The fabrics are diverse too, consisting of merino, flannel, velvet, shearling and impossibly soft cashmere. Knitwear is comfortingly chunky thanks to an array of cable knit styles, while there's also two stunning cashmere zipped hoodies for a more casual, sporty look. Our favourite from the new drop however, has to be a green suede transatlantic bomber with a shearling collar: a stunning reiteration of a classic.