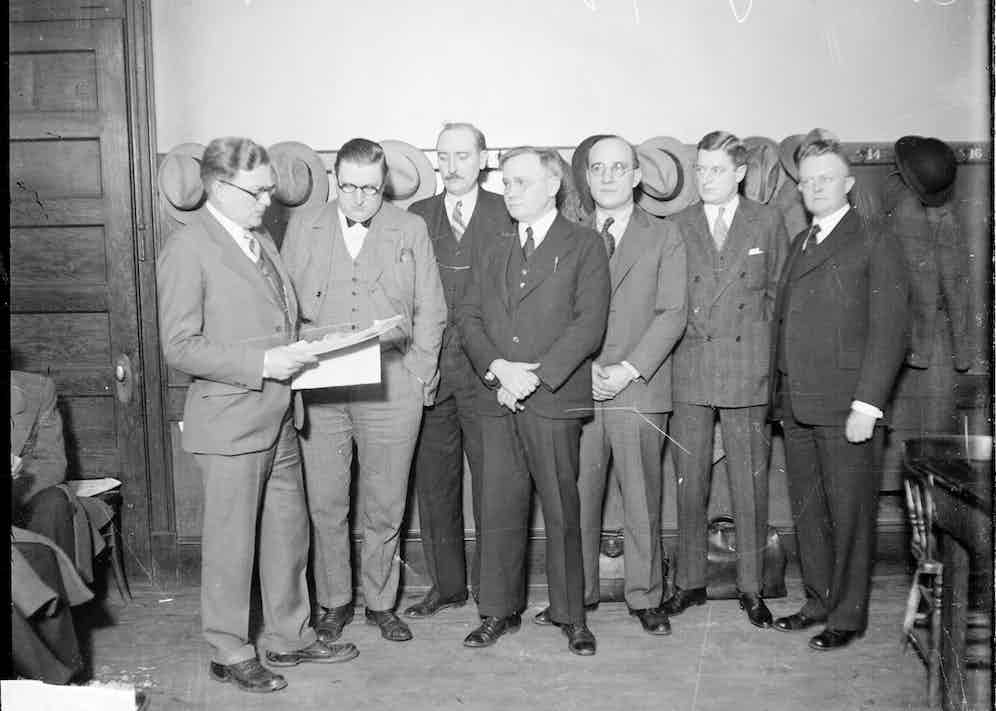 Valentine’s Day has served as a dress rehearsal for April Fool’s Day six weeks later ever since some third century Roman theologist decreed that the patron saint of beekeepers, plague and epilepsy should broaden his holy remit and take on love and romance too. This set the tone for a modern era in which rubber spiders and empty ring boxes are in short supply come February 12th, and Middle Eastern restaurants have to stock up on aubergine and lamb, just to facilitate what is surely the most preposterously lame dad-joke in history.

And talking of “Valentine’s Day Moussaka”, and its place in the canon of ritualistic annual tomfoolery, witnessing four dashing men erroneously dressed as police officers in Chicago city centre on February 14th1929, one would have been forgiven for assuming they were off to wield their weaponry, so to speak, at a ladies-only Valentine’s Day singles fest. So it must have seemed like a prank far more macabre than tradition dictates when this quartet of faux-cops entered the Lincoln Park garage in which George “Bugs” Moran hid the kind of firewater that you could run a lawnmower with, lined up five gang members and two friends (an optometrist and a mechanic) against a wall, took their machine guns from under their overcoats and let rip. More than 160 machine gun casings peppered the scene in the aftermath.

Bugs and his cronies’ crime? Al Capone was in Florida at the time, and later claimed he had nothing to do with it. The incident certainly had nothing to do with the subsequent jail sentences that terminated Capone’s reign as Chicago organised crime’s head honcho: but given Capone and Moran’s ongoing beefs over control of the city’s lucrative bootlegging trade it’s widely assumed that the fingerprints of the most notorious American gangster in history were, in a figurative sense, all over the scene.

The massacre prompted the public to take a break from lamenting the absence of rubber spiders and Middle-Eastern restaurants in late 1920s Chicago, and instead absorb, in horror, the gruesome photos of the massacre which appeared in newsprint. Laws against machine guns and short-barrelled shotguns were introduced by Roosevelt five years later; today, the incident still enjoys near mythic status – after all, revenge-based extermination is not just perfectly acceptable but there to be mythologised, as long as it happened in the past and all protagonists involved were pathologically genocidal but loved their dear ole’ nans. 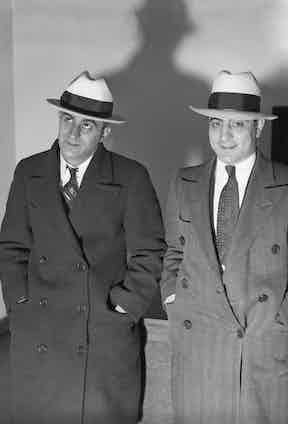 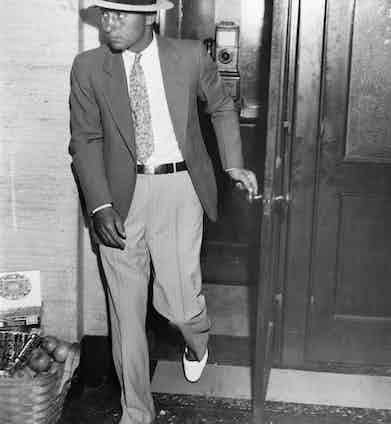 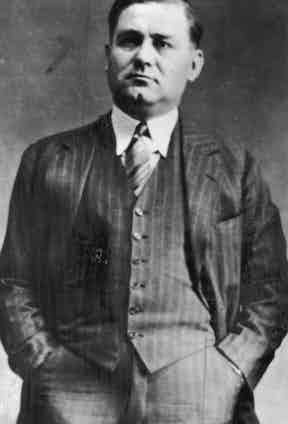 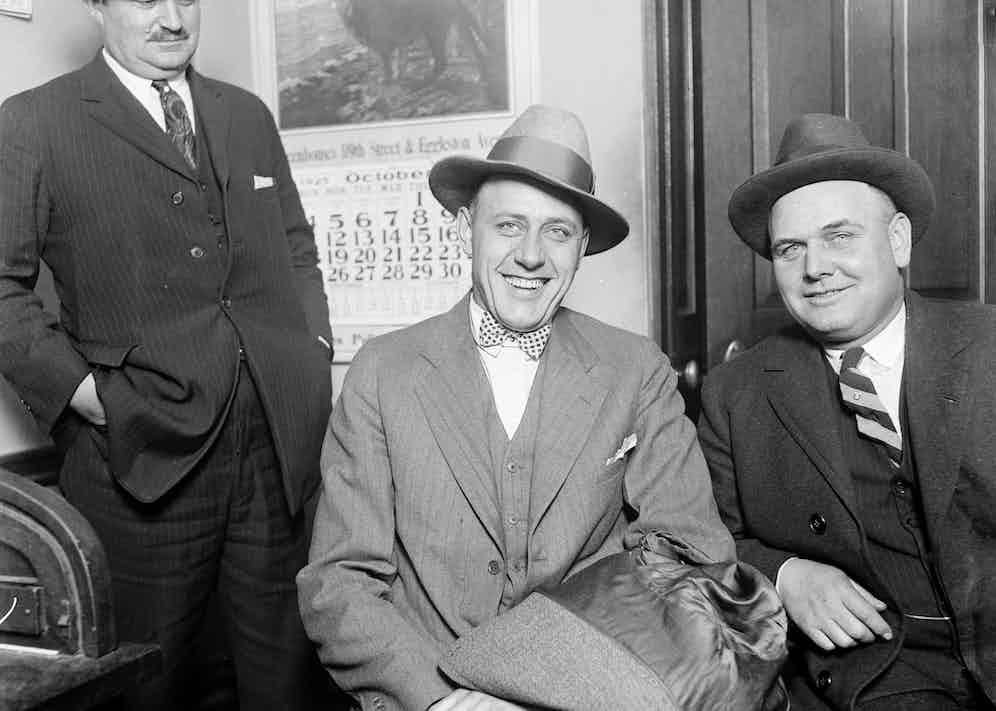 We suspect, though, that readers of The Rake are quicker to admire the pre-World War II mob heyday for its sartorial smarts. This being (almost exactly) 70 years before The Sopranos did its best to dissolve the inextricable link between The Mob and stylistic splendour, the protagonists involved (phony Chicago Police Department outfits notwithstanding) would have been a dapper bunch indeed. Capone himself is known for his dark three piece suits (more often than not six- and four-button double breasted), complemented by fedoras (and the requisite stogie) between his lips, but Scarface (a nickname his vanity forced him to despise) was also fond of brighter colours (tan, purple and lime in particular), and is known to have regularly had rolls of gorgeous silk and blended fabrics shipped from Italy at an extortionate – pun intended - cost.

Below-the-knee coats were also popular by criminal gangs of this time, as were the kind of plain white long-point collar shirts that are now regrettably absent from the broader zeitgeist, although they’re likely a more common sight to most Rake readers. Perhaps the most compelling thing about pre-war gangster attire, though, is the juxtaposition between how rakishly respectable it looks today, as compared to the fear it struck amongst decent upright Americans at the time.

In a way, it’s fitting that Prohibition’s most violent event took place on a day so fraught with absurd humour. Rather like the “war on drugs”, declared by Richard Nixon during the 1968 campaign for the presidency purely to pander to Middle America’s phobia towards flower power and people of colour, the prohibition itself – also borne of bourgeois puritanism tinged with racism - is one of the bigger jokes of modern US history. As author Bill Bryson puts it in his book One Summer: America 1927: “There'd never been a more advantageous time to be a criminal in America than during the 13 years of Prohibition. At a stroke, the American government closed down the fifth largest industry in the United States - alcohol production - and just handed it to criminals - a pretty remarkable thing to do.”

There’s nothing risible, though, about the threads worn by modern history’s violent racketeer: clothing which arguably contributes as much to their folkloric cache as their deeds. Despite Tony, Silivo, Paulie, Pussy et al’s best efforts… 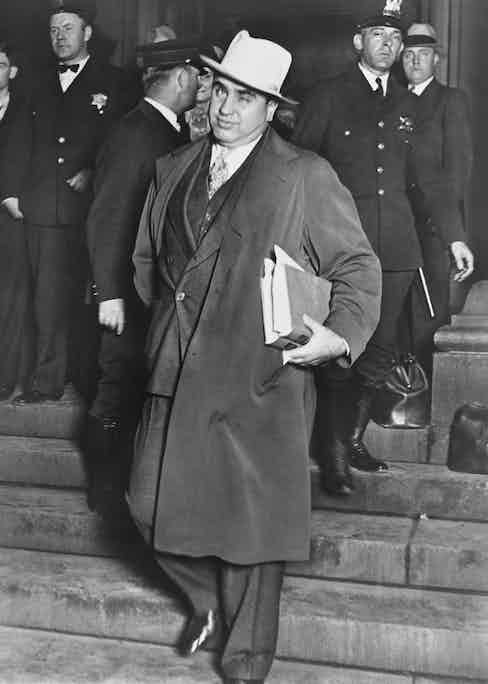 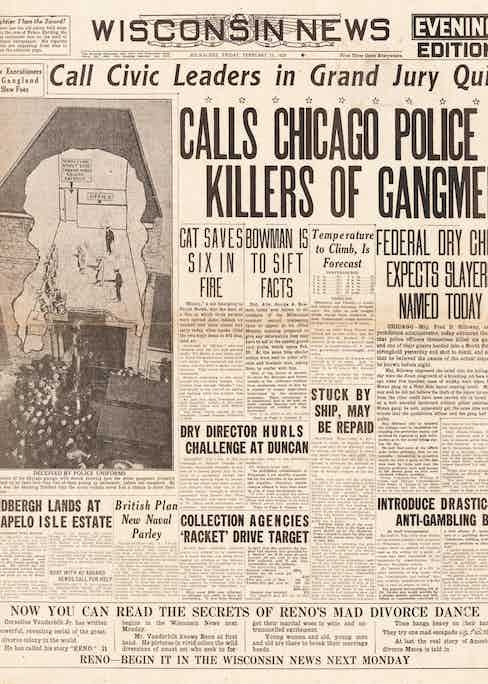 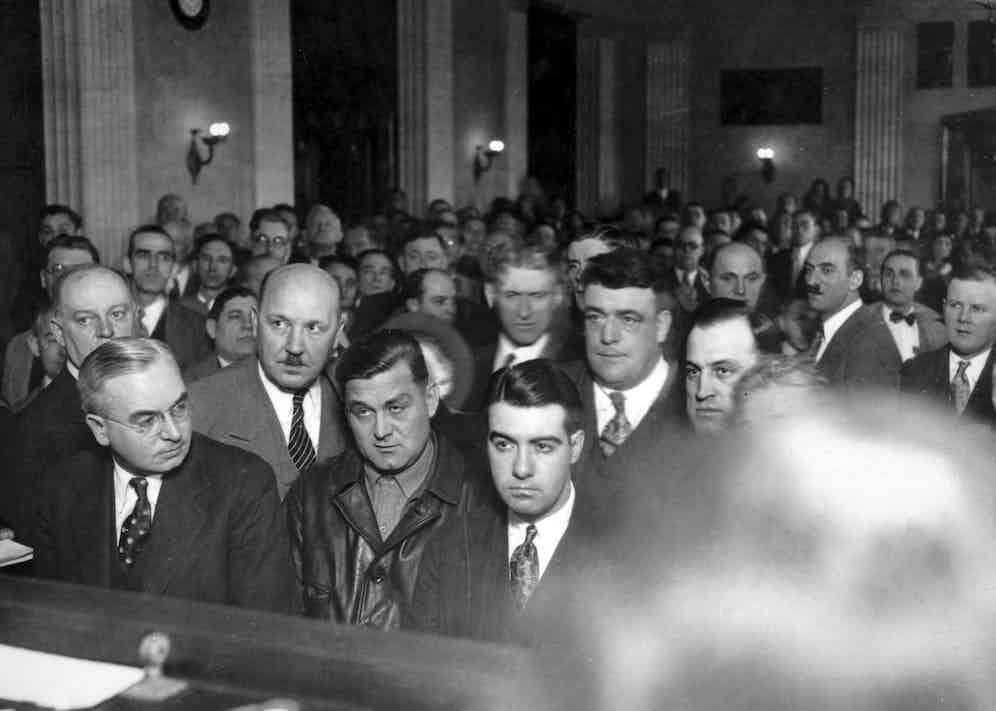