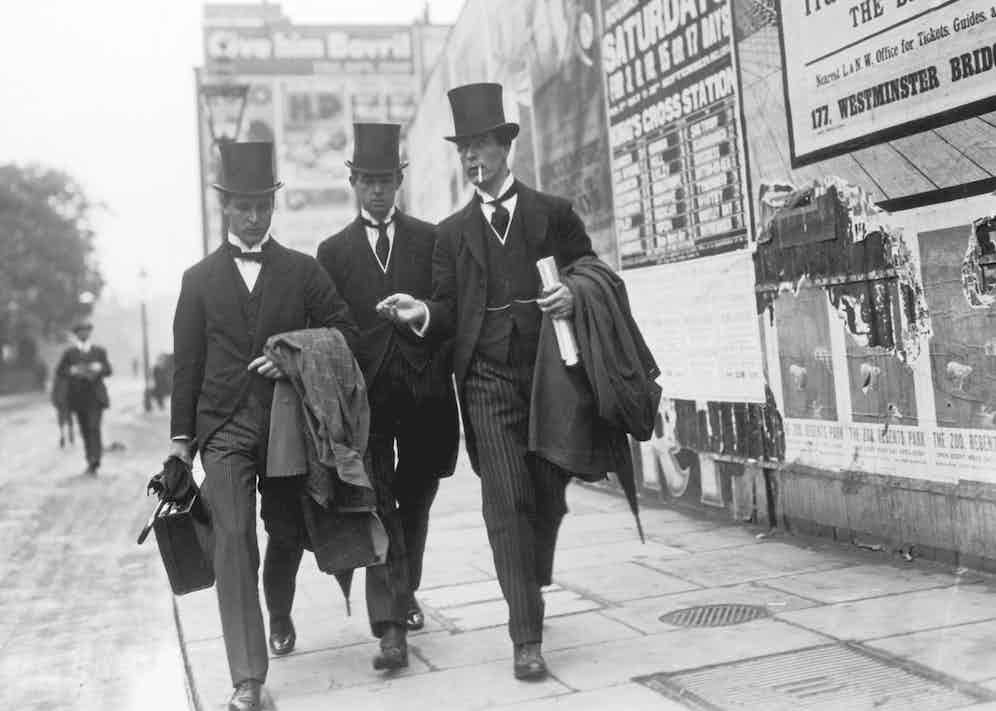 Almost every generation considers itself a jeunesse dorée, but few have a stronger claim than that of London in the early years of the 20th century. Wealthy beyond thought on the riches of empire and the industrial age, brought together in unprecedented number by the new focus on the capital, and given urgency by the apocalyptic threat of world war, a privileged set created the modern world via self-expression and self-indulgence on a scale unseen since the fall of Rome. With the attentions of an increasingly bold press, they became figures of sensation and scandal, provoking a focus on youth that had not been seen before. For the first time, too, the women involved were every bit as celebrated as the men, and a succession of strong, original, self-determined females broke free of convention in the most spectacular manner.

The first wave of 20th-century rebels came in the guise of the Coterie. This group was largely composed of the children of the Souls, a high-minded turn-of-the-century clique that eschewed traditional aristocratic pursuits of hunting and fishing for discussions of art and literature. The Souls were at their height at the turn of the century, but the fin de siècle spirit only properly kicked in when the baton was passed to their children. Originally calling themselves the Corrupt Coterie, their devotion to the arts was, if anything, stronger than that of their parents, with most at least dabbling in painting or writing themselves, but with this came careless, guilt-free hedonism in the form of drinking, dancing, gambling and drugs, from chloroform to cocaine. Gathering at balls, at country houses, at the Café Royal or London’s original nightclub, the subterranean Cave of the Golden Calf, off Regent Street, they shocked and inspired in equal measure.

Included in their ranks were some of the most brilliant of their class. There was Patrick Shaw-Stewart, old Etonian and Oxford scholar and the youngest managing director of Barings Bank, and Raymond Asquith, barrister son of the prime minister. Yet world war one ensured that few of the men enjoyed the long careers they deserved. Instead, the spotlight fell on the Coterie’s no less brilliant female members, of which the shining star was Lady Diana Manners, officially daughter of the 8th Duke of Rutland, though well known to be the result of an affair between her mother, Violet, and one of her fellows in the Souls, the writer Henry Cust. 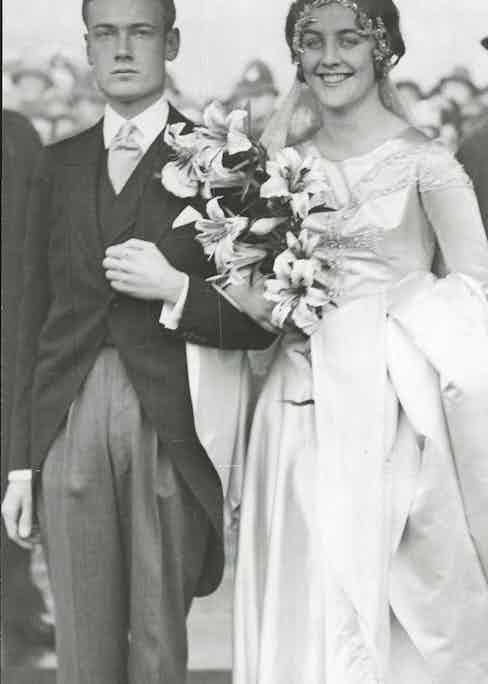 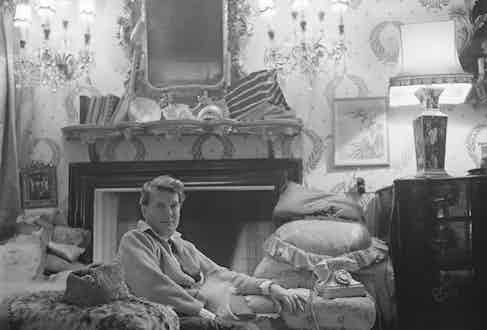 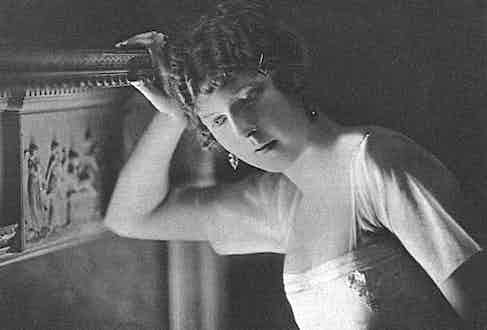 Lady Diana was one of the great beauties of her age, a blue-eyed, porcelain-complexioned vision of aristocratic perfection. Her fame was enhanced by a career as an actress, most notably in The Miracle, a play in which her role consisted largely of posing as a statue of the Madonna, for which she received nightly standing ovations. She earned a considerable fortune, but acting was really just another way to be noticed. Her connections were wide — she was on a sailing trip with the Prince of Wales and Wallis Simpson when news broke of their affair — but the Coterie gave her the licence to create her own model of a socialite. As she wrote in her memoirs: “Our pride was to be unafraid of words, unshocked by drink and unashamed of ‘decadence’ — Unlike-Other-People, I’m afraid.” Pursued by nearly all the men of the Coterie, she married one of the few spared by the war, Duff Cooper, later (largely through her cash and influence) ambassador to France. By all accounts, including hers, it was a good match, though it was perhaps ironic that the most adored woman of her time should marry a man so comprehensively unfaithful to her.

Lady Diana was the inspiration for the eccentric Mrs. Stitch in Scoop, the 1938 comic masterpiece by Evelyn Waugh, whose position on the fringes of the era’s high society made him both its chronicler and satirist-in-chief. The Coterie’s great muse, however, was Nancy Cunard, daughter of a baronet and a double heiress, who was lover and inspiration to some of the 20th century’s greatest writers, including T.S. Eliot, Samuel Beckett, Pablo Neruda and Aldous Huxley, and a bold adventurer and innovator in her own right. In one of his most famous photographs, Man Ray presented her as an image of modernism, her delicate oval face framed with a bob and kiss.curls, her eyes dark with kohl and African bangles covering her arms. Anarchist, poet and avant-garde publisher, she reported on the Spanish civil war and developed a deep interest in racial politics during a long relationship with the Afro-American jazz musician Henry Crowder. Passionate to the point of obsession, she was almost certainly a sufferer of bipolar disorder, and her life ended miserably, fuelled by excessive drinking and a series of breakdowns. 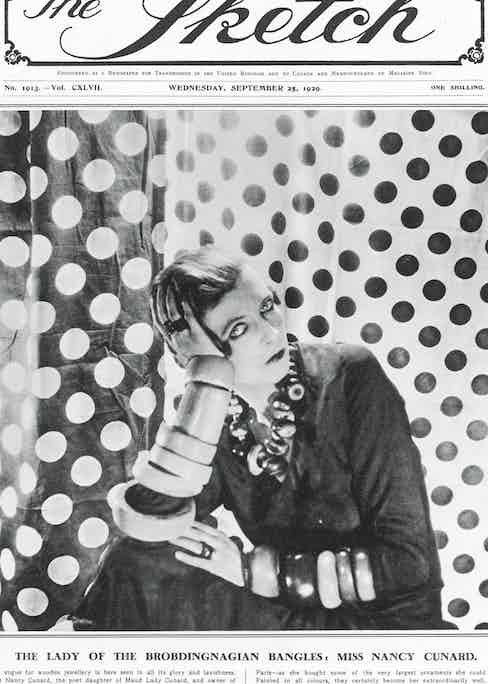 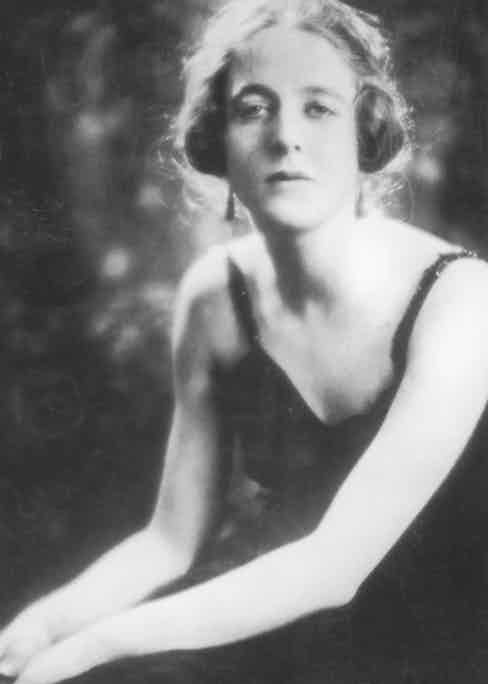 Still, that was the future, and for the Coterie there was only the present. For the cliques that followed, however, the past was always at their shoulder. A few years younger, and therefore spared the horrors of the Great War, the Bright Young People of the 1920s were louder, more frivolous and more famous. A near-existentialist nihilism fuelled in them a fondness for childish things — scavenger hunts, midnight races through town and swimming parties — and a devil-may-care attitude to drink, drugs and sex. Any jadedness, though, was sufficiently hidden for the press to latch on to them as a welcome burst of colour. The papers made much of a Bath and Bottle party at the St. George’s swimming baths on Buckingham Palace Road, and of balls given decadence-friendly themes such as ‘circus’ or ‘hermaphrodite’ or ‘Dionysian’.

Once again, Evelyn Waugh was watching closely, but their brightest were happy merely to inspire. Chief among them was the Hon. Stephen Tennant, the very definition of decadence. A model for Brideshead Revisited’s Sebastian Flyte, he spent the last 17 of his years in bed. The belle of the ball was Teresa Jungman, whose succession of suitors included the Earl of Longford, the (married) Duke of Marlborough, and Arthur Windham Baldwin, the son of prime minister Stanley Baldwin. Their excesses led easily to scandal. Olivia Wyndham went on to live in a ménage à trois with an American actress and her husband, while Elizabeth Ponsonby, the daughter of a government minister, died of alcohol poisoning in 1940. Most notorious was Brenda Dean Paul, the daughter of a baronet and a silent film actress of some repute, whose life was plagued by drug addiction and stints in hospital and prison. The most enduring of the group was Diana Mitford, the wittiest and most beautiful of the famous sisters, who at just 18 had married Bryan Guinness, the 22-year-old heir to the brewing fortune. Mitford set herself up as the most glamorous hostess in town. Hers were the grandest events, whether a house party or the famous fake art exhibition by ‘Bruno Hat’ (in fact, the poet Brian Howard), but her time in the sun ended in 1932, when she left Guinness for the fascist leader Oswald Mosley. 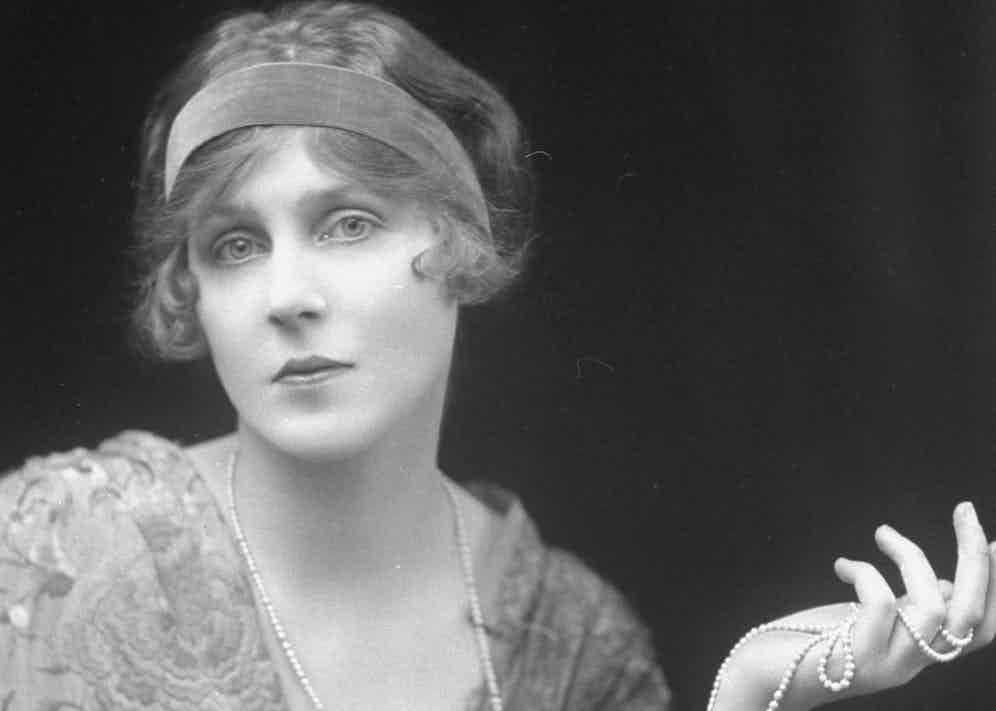 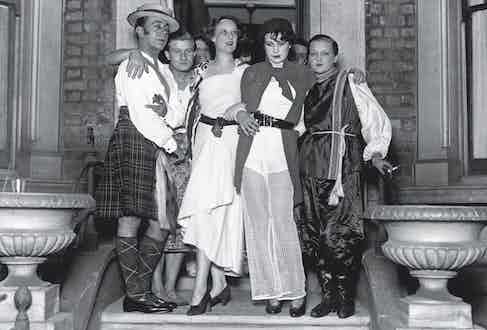 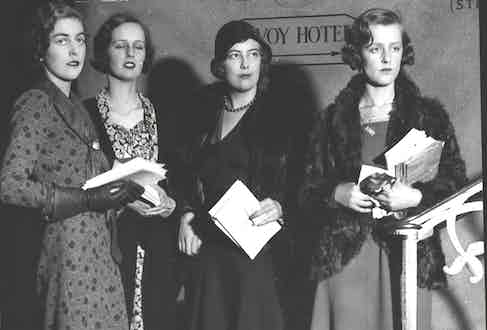 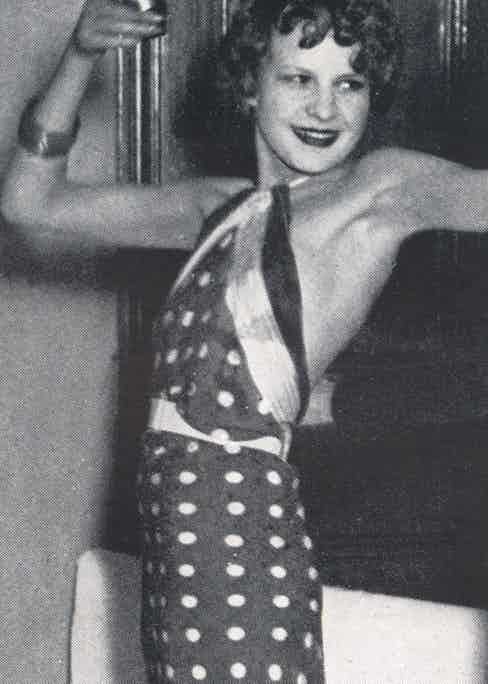 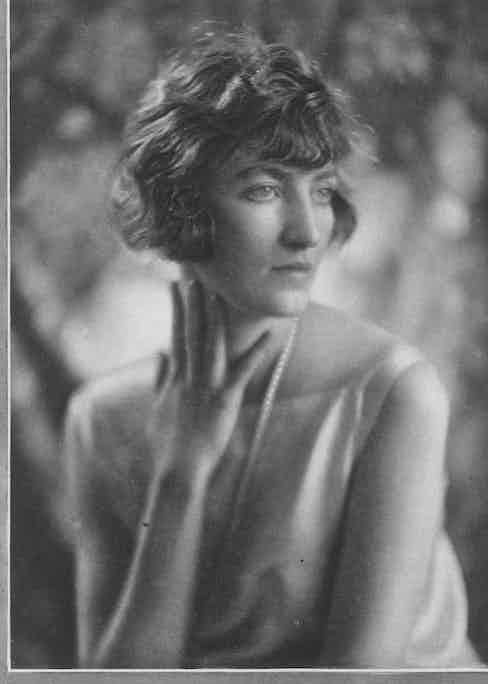 Not all women of the time needed a clique to get them noticed. Daisy Fellowes, the daughter of a French aristocrat and an heiress to the Singer sewing machine business, was, for Lady Diana Manners, “the very picture of fashionable depravity”. This was said with some authority, since Fellowes was the mistress of Diana’s husband for 17 years. Fellowes was interested almost exclusively in husbands — and the more recently wed the better — but, unlike Lady Diana, her attraction was a matter not of beauty but of charisma. She was, at least until engaging a plastic surgeon, positively ugly, but was renowned for her sense of style: Jean Cocteau declared that she “launched more fashions than any other woman in the world”. Schiaparelli created the colour Shocking Pink for her, and made her a gold-embroidered monkey-fur coat and a hat in the shape of a stiletto shoe. She was also a world-beating collector of jewellery, favouring Cartier and Van Cleef & Arpels, which she wore at all times and on all occasions. Her appetite for diamonds was rivalled only by her desire for sexual conquest — “a thrilling feeling,” she confided, “like tasting absinthe for the first time” — and, indeed, for drugs. She served cocaine with tea, smoked opium before sex, and livened up cocktail parties by adding Benzedrine to the punch.

There was, though, something properly rotten to her decadence. She threw dinner parties to which only those who hated each other were invited, or at which she dined on caviar and vodka while her guests were served from tins. Her reason for seducing married men, she said, was to irritate their wives. Even the photographer Cecil Beaton, an inveterate camp follower, could not handle her, leaving a trip on her yacht with the complaint that, “She bullies one person, keeping the others on her side until it’s time to bully the next person”. She was, he concluded, “spoilt, capricious and wicked”. But as Waugh so elegantly expressed, these characteristics were the reflection, perhaps the true spirit, of an age of horror and extraordinary change, one in which the only sensible course of action was, apropos of Irving Berlin’s song of the time, to face the music and dance.

This article was originally published in Issue 59 of The Rake.