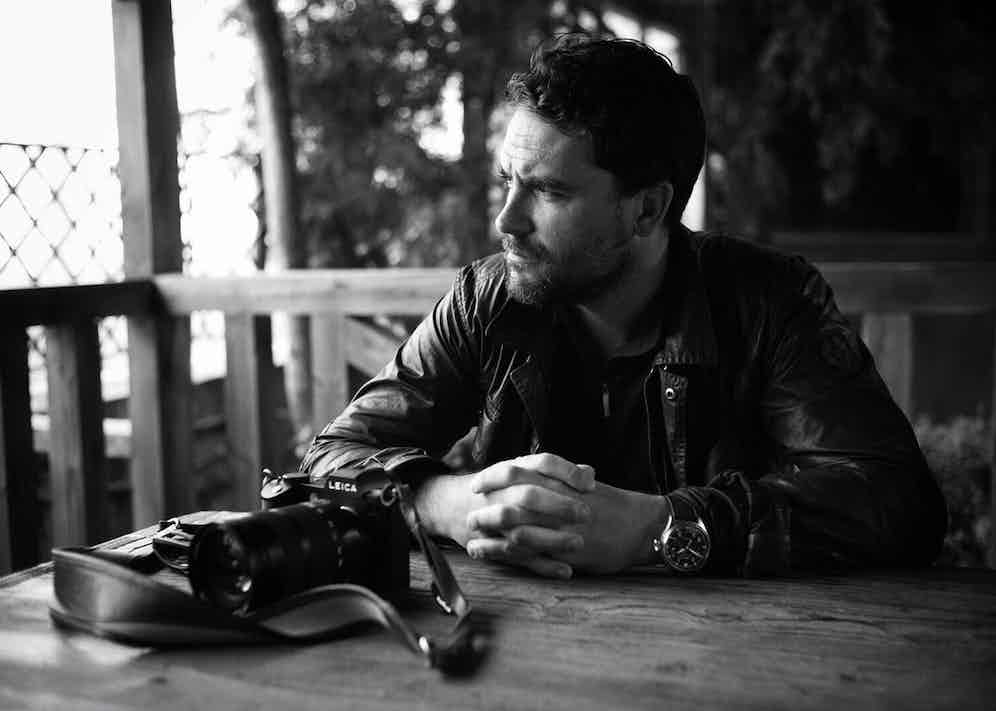 When Levison Wood calls, he kindly informs me that he’s on the train. "I just did a night speaking at my hometown (of Stoke) and now I’m heading back to London." The 11:30 Virgin Train between Stoke-on-Trent and London Euston may not be as ambitious as Wood’s previous trips – which have included three televised journeys walking the Nile, the Americas and the Himalayas – but it’s fitting that I’ve caught him in transit. The author, photographer, and veteran (Wood served as an Officer in Afghanistan) is approaching the end of his one-man theatre tour up-and-down the UK, sharing tales of his most recent adventure across the Arabian Peninsula. Thirteen countries, five-thousand miles, and four months later; travelling war-torn Syria, Iraq, al-Qaeda-infested southern Yemen, and the Israeli-Palestinian region; he acknowledges that "it’s not everyone’s typical idea of a good time." But Wood himself is not a typical explorer. Apart from publishing his experiences in the bestselling book, ‘Arabia: A Journey Through the Heart of the Middle East’, and editing footage for the documentary - not to mention that theatre tour - he’s an ambassador of good taste: having collaborated with British brands Belstaff and Oliver Sweeney, while bringing Bennett Winch bags on his trips (which you can shop here). He supports a number of charities and was made a Fellow of the Royal Geographical Society. "It’s a conflicting lifestyle," he replies stoically, when I ask whether he feels like taking a break. "I travel seven to eight weeks at a time – then it’s back to London for more work." He chuckles, then reflects, "I think I deserve a proper holiday." 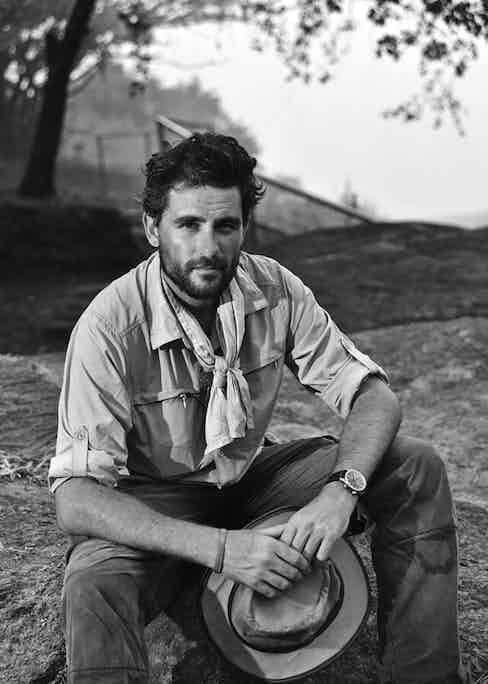 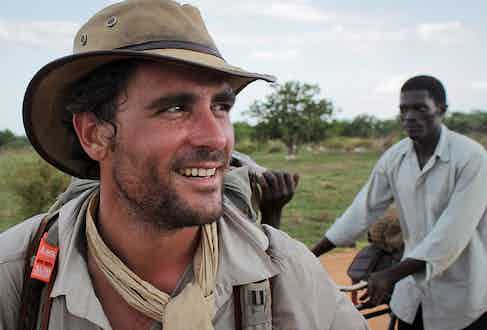 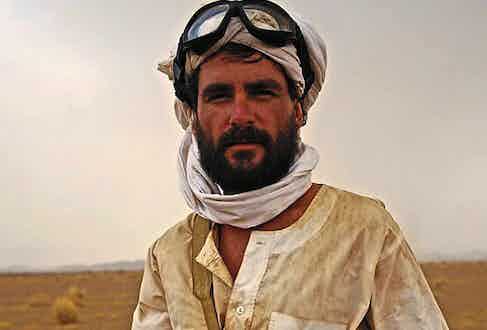 Hi, Levison, let’s begin with your recent trip. You’ve visited the region before (as described in the book Eastern Horizons). What drew you back?
You have to start in 2004, when I hitchhiked from Nottingham to Goa in my early twenties. It was a pivotal moment to be in the Middle-East, and obviously much has happened since then. I wanted to see how the region had changed.

Was there a particular story you were trying to tell this time?
I tend to stay away from politics as much as possible. There’s enough negativity surrounding the region on the news. We hoped to tell a more human story, instead; to meet people and discuss their region in terms of its past, present, and future.

You have a good way of getting people to open up to you. Does this come naturally?
Actually, this lesson came from my experiences as a ‘solo-traveller’. No matter where I stay, my host always takes just as much of an interest in where I’m from. It helps to have some good stories of your own, and it really helps to be able to tell those stories in an interesting way. People don’t dwell on political differences, either. I remember being embedded with the Shia Hashid militia in Iraq (flushing out the remaining remnants of ISIS), and even though the same group had been attacking British forces not long before, they treated me with respect.

"We had to flee the country on a ramshackle dhow boat to Djibouti and continue through to Somalia. Out of the frying pan and into the fire, so to speak."

A bit like an ex-forces Anthony Bourdain then (the recently-passed host of Parts Unknown).
I’ll take that as a compliment (laughs). But honestly, you need to have a certain behaviour when spending time with people – being a good guest is just protocol; and stories go both ways… In that respect I have another job to do – and part of that is done while staying on someone’s couch.

I’m assuming there were some dangerous moments?
Well, there was this time the Saudis threatened to bomb our hotel in Yemen. We had to flee the country on a ramshackle dhow boat (a traditional sailing boat) to Djibouti and continue through to Somalia. Out of the frying pan and into the fire, so to speak.

How important is keeping up an appearance during long trips?
I’ve mentioned how important it is to have at least one item of ‘presentable’ clothing. In my case it’s a linen shirt. Put it like this… I was once asked if I’d go and meet the Dalai Lama, and I thought, ‘I can’t show up to the Dalai Lama in rags’! Similarly, if I’m invited to a party midway through my journey, I’ll do my best to look presentable for my hosts.

You also buy lots of local clothing during your travels. On your documentaries, I’ve seen you wear turbans and a chocka (wool coat from the Caucasus). How does clothing help you interact with people?Oh, that coat is crawling with bugs (laughs)! People talk about cultural appropriation. Look… If the practical thing in the middle of the desert is to put on a shemagh or serval, it makes sense to have one. Cultural appropriation is nonsense when it comes to survival. There’s a reason the locals have been doing it for so long. They also see it as a stranger showing their culture a little respect.

"Cultural appropriation is nonsense when it comes to survival. There's a reason the locals have been doing it for so long. They also see it as a stranger showing their culture a little respect."

So, it helps to blend in?
It’s also safer. In some places you need to blend in to avoid trouble. I wouldn’t go around Dagestan wearing high-vis or Gore-Tex hiking equipment. Dressing appropriately stops you drawing attention to yourself – especially from the police. 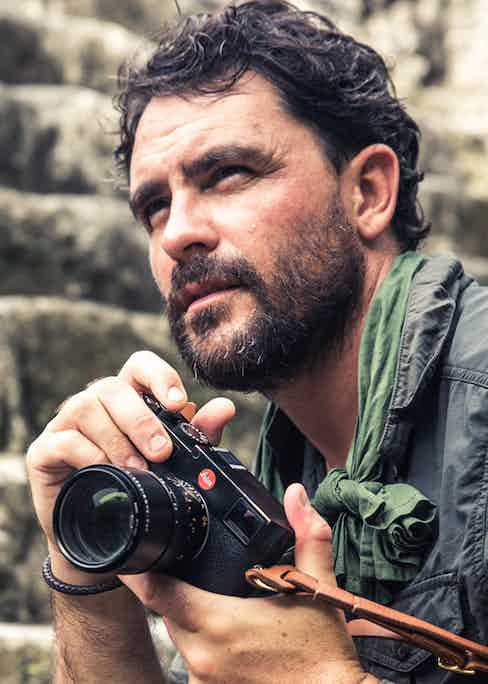 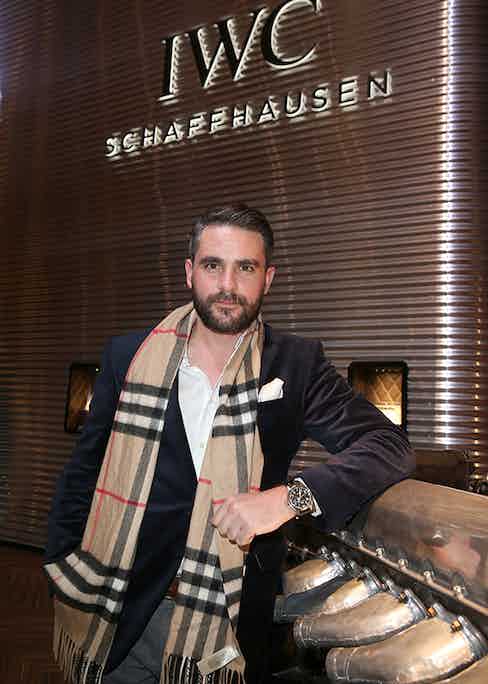 Do you take this attitude home? You seem to favour a classically British look.
Yes, I wear a lot of tweed. Though ‘looks’ tend to come in cycles; I’ve actually noticed a kind of 1920s vibe throughout the country (laughs). So, there’s something in that. But again - I dress appropriately… It can be cold in Britain. As for the future, I love living in London but I can see myself moving out of the city eventually - perhaps settling somewhere like Devon or Dorset.

You’ve been approached to collaborate with a number of menswear brands. What can you tell me about those experiences?
Surreal! I was completely involved with the design process. With Oliver Sweeney we produced a shoe that I dreamt up since before the military, and I teamed with Belstaff to craft a durable leather jacket (aptly named, the ‘Levison’). Both have been tried and tested on expeditions. On trips, I carry my things – and camera equipment - in Bennett Winch bags. I get approached to collaborate with brands all the time, but I choose them carefully.

And finally, what does it mean to be a man today?
The answer is the same as it always has been: to live by rules of your own construct and abide by them. That’s what being a man is all about.