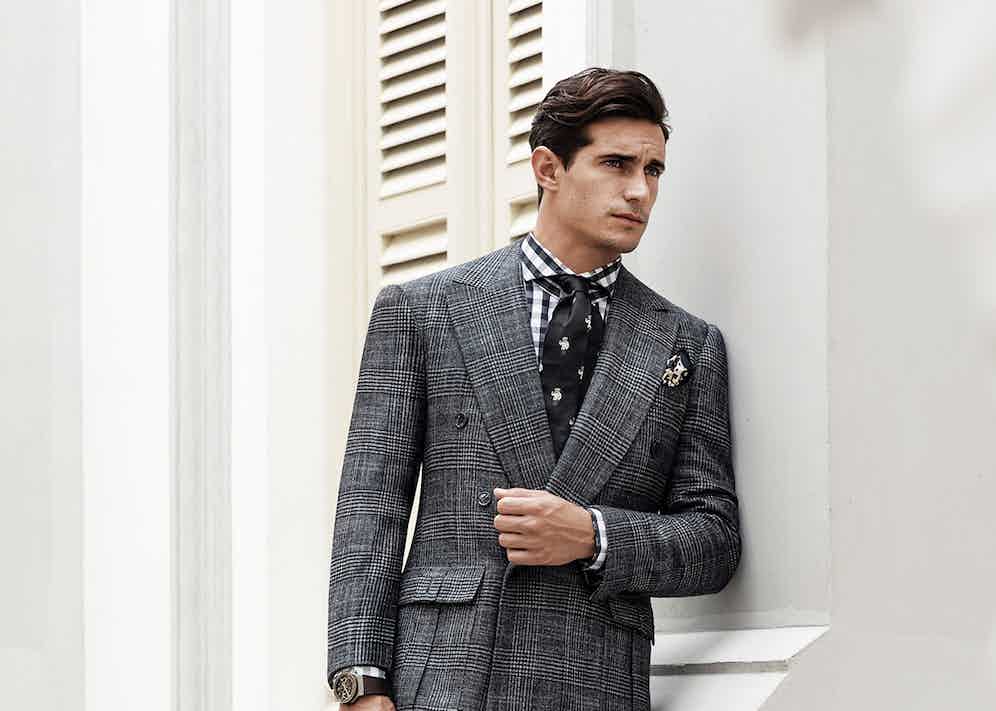 The scene where the intrepid astronaut Bowman travels through the Stargate in 2001: A Space Odyssey and an explosion of visual pyrotechnics signals the beginning of the information upload that implies that he’s been endowed with the secrets of the cosmos has always reminded me of the way Lorenzo Cifonelli interacts with the world. Because beyond being one of the most gifted tailors in existence he is a man who is super attenuated to the vibrations of the contemporary world. He exists almost in a constant state of hyperstimulation, poised at the very threshold of information overload as his mind processes aesthetic data faster than you or I can make the most rudimentary of choices. Like a sartorially gifted version of Russell Crowe in A Beautiful Mind, he is constantly accepting or rejecting visual stimuli at a rate far beyond the grasp of mere mortals all in pursuit of refining, evolving and constantly reworking his concepts of design and style. He is so much ahead of the game in this regard that at some point I gave up on making any aesthetic decisions on my suiting, leaving the hundreds of choices regarding the details of my bespoke projects entirely in his assured and preternaturally gifted grasp.

So it was that when he approached me with the idea of creating a limited edition bespoke suit I looked him back into his eyes which revealed he was amid the fervour of a high-level artistic brainstorm and said, “yes,” without hesitation. The first step was the choice of fabric and we found ourselves both enamoured with the vintage collection oversized Prince of Wales flannels produced by our friend Francesco Barberis Canonico of Vitale Barberis Canonico. Next came the decision on style. What I love about Lorenzo’s take on classic suiting is that it is constantly evolving through dynamic interaction with the urban environment. Meaning that while they look sculptural and beautiful in repose, they really only come to life, and guide you to an understanding of their true nature, while in movement through a metropolis like Paris, New York or London. Their softness and comfort paired with that most extraordinary of creations, the Cifonelli shoulder – an engineering solution that reconciles the seemingly opposed concepts of a svelte, form-fitting suit with total liberation of movement for the arms – makes it the perfect bespoke garment for jogging up or down stairs and rapidly slipping between the closing doors of a subway train. Their style, in particular, the roughish elan of his 6 x 1 double breasted button stance makes you simultaneously the best-dressed man in the room while never letting you be mistaken for the most pedestrian of specimens, a businessman. Amusingly, at Soho House where I am frequently ensconced and serves as my Metropolitan bolt hole on jaunts to Amsterdam, Barcelona, New York or Berlin, there is a rule forbidding business attire at the bar. Cladded as I always am in Cifonelli-tailored suits I have never once been mistaken for a man who makes his living through trade, as if the suits themselves raise a cocked eyebrow to anyone that might query their formality and reply, “Do I look like a businessman motherfucker?” And this sublime tension between formality and dress-down cool makes the Cifonelli suit the only garment of its ilk equally at home with shirt and tie or a rock T-shirt, white sneakers or ass-kicker boots. 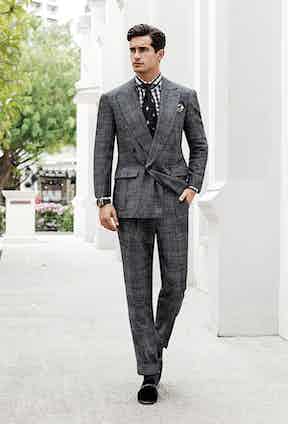 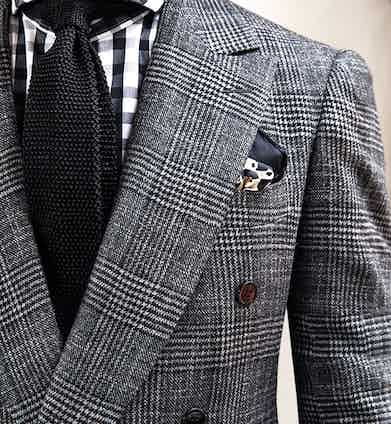 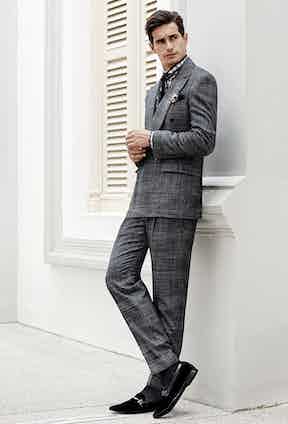 Pushing the beautiful mash-up of vintage and modern, Lorenzo decided to create a retro-themed lapel for our Metropolis suit, which featured a gorge that is far more horizontal than his normal angular specimen that results in an attenuated peak. This one detail creates an even greater sense of a relaxed, sporting vibe which is in perfect tandem for his choice of pleated flapped and buttoned hip pockets gleaned from a shooting coat or a safari jacket. The result is a healthy injection of military workwear uniform bad-assitude, which just adds to the adaptability in the garment. It has rapidly become the one suit I bring with me on short business trips, which combined with a good pair of black jeans, a black t-shirt or polo results in myriad styles that will have you looking perfect on any occasion, from the formal business meetings to after hours at some amusingly grungy Bushwick boite.

Lorenzo’s decidedly bad boy “Metropolis” Prince of Wales bespoke flannel suit will be made in just 6-8 examples (depending on the amount of cloth needed per suit) and then discontinued for all eternity, with its pattern burned to ashes and disposed of at an undisclosed coordinate in international waters. If you would like to join the small but very rakish club of owners of this sublime garment, contact the Rake team at shop@therakemagazine.com. 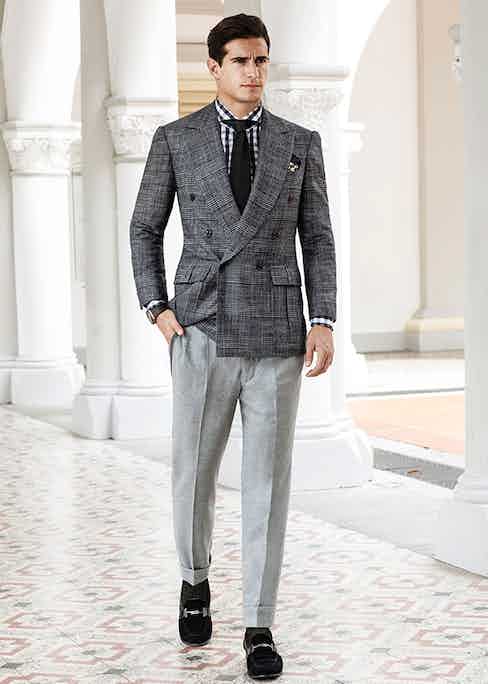 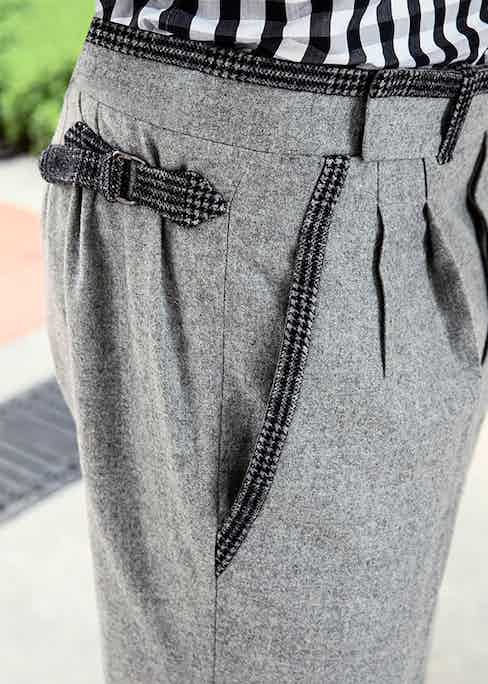