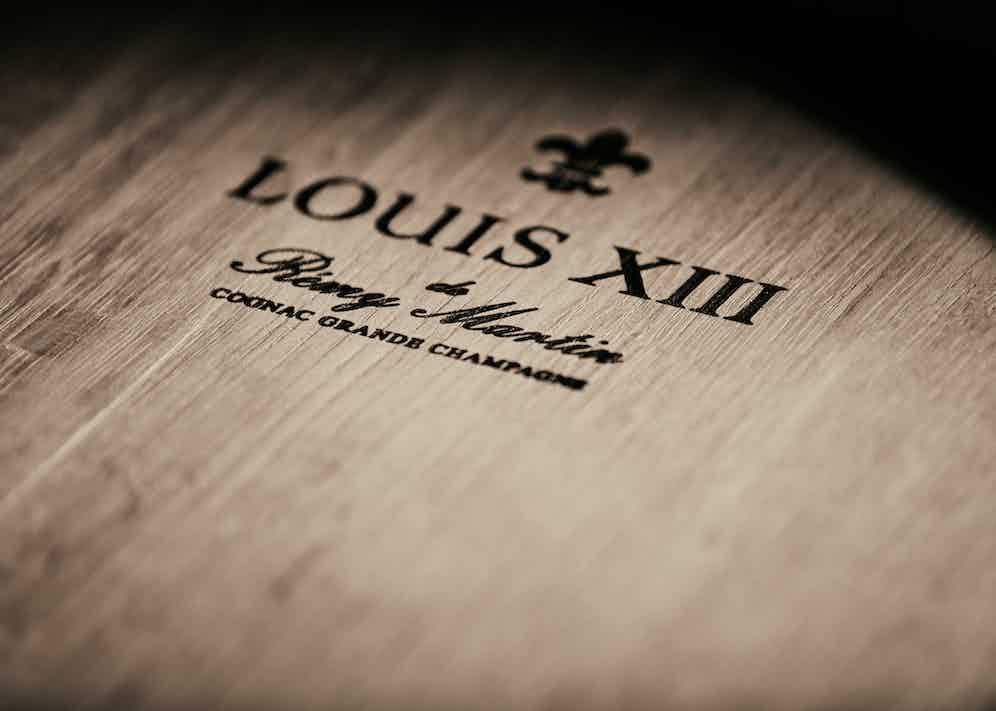 “We are drinking time; time is our raw material,” says Baptiste Loiseau. Throughout the duration of my visit to the estate and cellars of Louis XIII, the head cellar master of the world’s pre-eminent cognac house talks a lot about the concept of time: about preserving the past and paving the way for the future, abouthistory and heritage and cycles of evolution and growth.He has reason for his horological obsession: his job quite literally depends on it. Many of us barely know what tomorrow holds, but Baptiste is already thinking centuries ahead, for the sake of the cognac he has been charged with creating.

In fact, so long term is the vision of Louis XIII, that Baptiste won’t even be around to experience the results of the decisions he makes today. Just like the cellar masters before him, he is creating blends and setting aside eaux-de-vie (French for ‘water of life’ - the distilled spirit thatturns into cognac) as a legacy to his successors in the coming centuries. “When making the selection, you have to have vision,” he says. “And I won’t be the one that will make the final blend with this eaux-de-vie, so I have to pay tribute to what has been done by the previous cellar master and I have to be cautious for the next one to ensure that they have the right eaux-de-vie.” 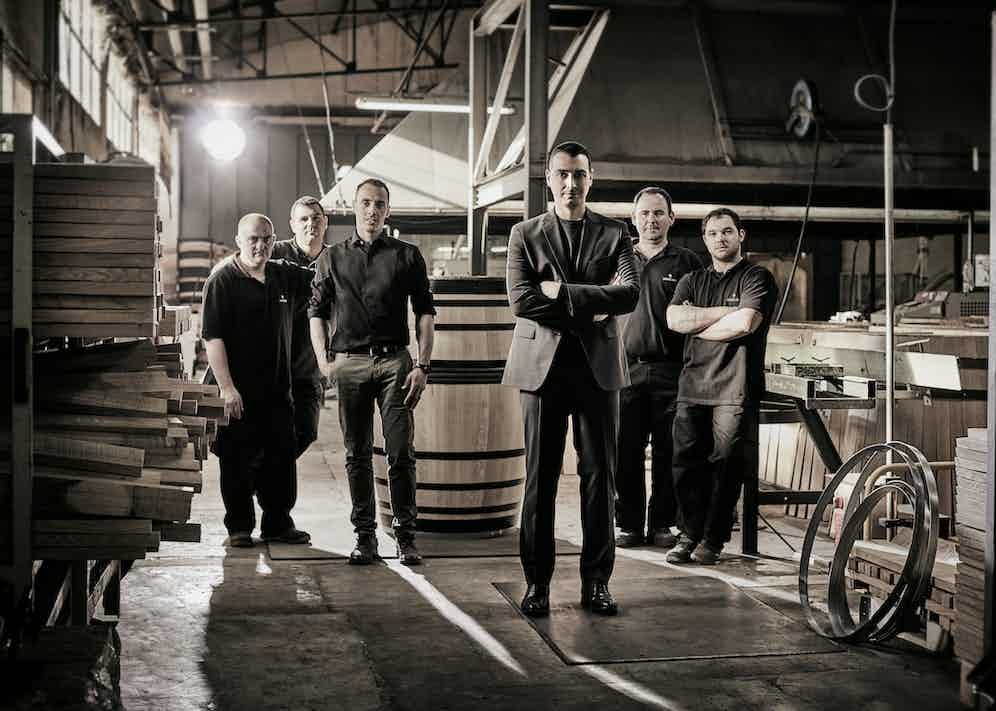 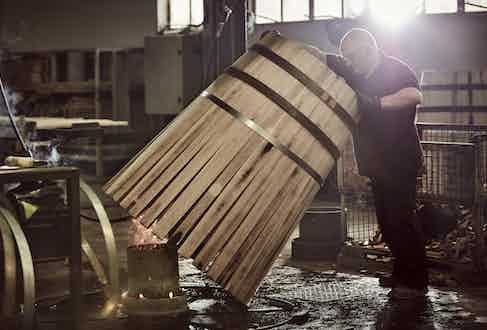 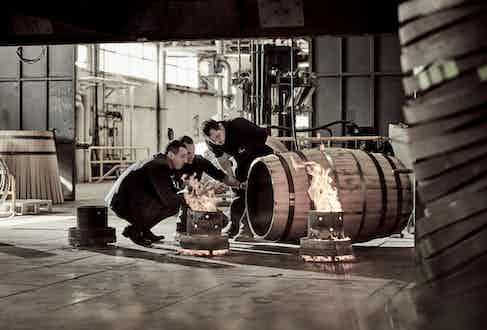 The cognac-making process, from vine to decanter,is lengthy and intricate,involvingthe preciseamalgamationof a range of elements to maintain the consistentlysuperb level of qualitythat the house of Louis XIII has been renowned for since its inception in 1874. Only the finest Ugni Blanc grapes are harvested from the sacred terroir of theGrande Champagne region, before the resulting wine undergoes double distillation in copper pot stills, transforming into eaux-de-vie. Less than five per cent pass the scrupulous tasting sessions led by Baptiste: those that do are ready for ageing.

This is where the magic happens, where time becomes the crucial raw material that Baptiste so passionately speaks about. Baptiste selects the most exceptional of the eaux-de-vie for ageing in tierçons, precious century-old casks made of Limousin oak that were originally used to transport cognac, arranged three by three (hence the name) on horse-drawn carriages. They play an essential role in the aromatic development of Louis XIII, in a more nuanced way than regular barrels due to their ageand the extended maturation process that they allow for. “In the tierçon,the way the eaux-de-vie will extract the tannins and aromas will of course evolve during the ageing; it will be totally different from the classical barrel in terms of evaporation and angel’s share,” Baptiste explains.

The creation of a tierçon is no small task - in fact, it’s a process that spans lifetimes. “From the seed of the magnificent oak for our ageing tierçons to the creation of the final blend of Louis XIII, centuries pass by - decades of dedicated craftsmanship and slow, steady maturation,” Baptiste says. It all begins in the Limousin forest, with the seeds of pedunculated English oak trees, chosen for their tannin-intensifying coarse grain wood. It takes up to 200 years of growth before these trees are ready for felling, when a lengthy process of drying, heating and shaping can occur, before the resulting tierçons are filled with the house’s young eaux-de-vie and left to mature over decades. 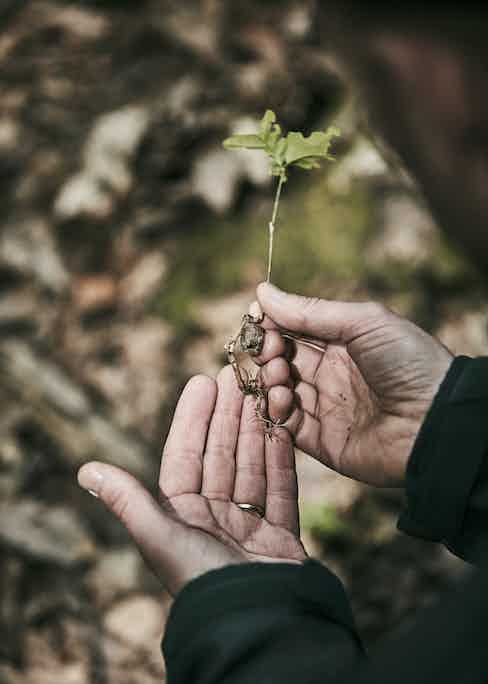 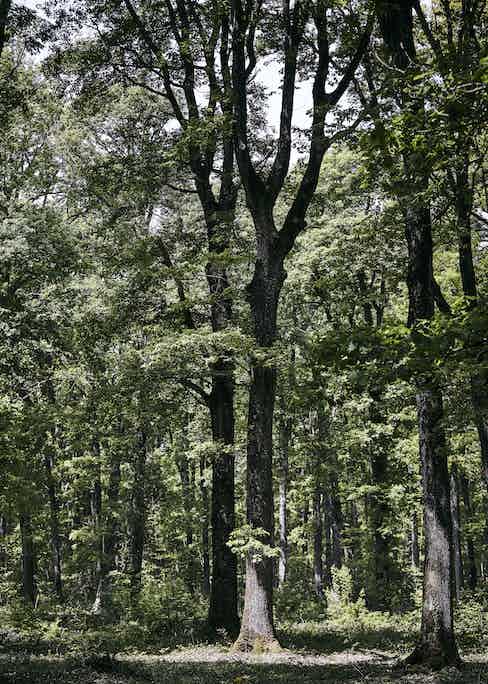 A tierçon is irreplaceable. Now,after a century of use, many arehaving to be carefully restored, using the staves of sacrificed tierçons. An extensive restoration project is underway, involving a collaborative effort between Baptiste and Louis XIII’s talented master coopers,to ensure that the newly repaired tierçons maintain the rich aromatic profile that Louis XIII cognac has been renowned for since 1874. In the meantime, oak trees are being planted under the supervision of the Office National des Forêts, ready for felling in 150-180 years time so that the cycle may continue. The venture is a new opportunity for the house of Louis XIII to engage with its heritage whilst simultaneously paving the way for its future.“Before we were only focusing on how to guide the eaux-de-vie, and now the rule of the cellar master is to guide the tierçons, learning how they will behave throughout the ages,” says Baptiste. He acknowledges the importance of trusting his instinct, in the same way that is required when tasting the blends. “Maybe I have in mind that [the tierçons] will be ready in the next 40 or 50 years to welcome the oldest eaux-de-vie of Grande Champagne of Louis XIII, but it’s kind of intuition. Maybe the cellar master, after 40 or 50 years of this oak tierçon, he or she will decide that it’s not the right time, and it will need a lot more time to be seasoned.”

It’s these sort of measures that reinforce Louis XIII’s commitment to craftsmanship and its unwavering devotion to continuing a rich, storied legacy for generations to come. There’s a reason the cognac house has come to be regarded as the best in the world. Perfection can’t be rushed, says Baptiste. “It’s ready when it’s ready… Patience is key.” We’ll raise a glass to that.