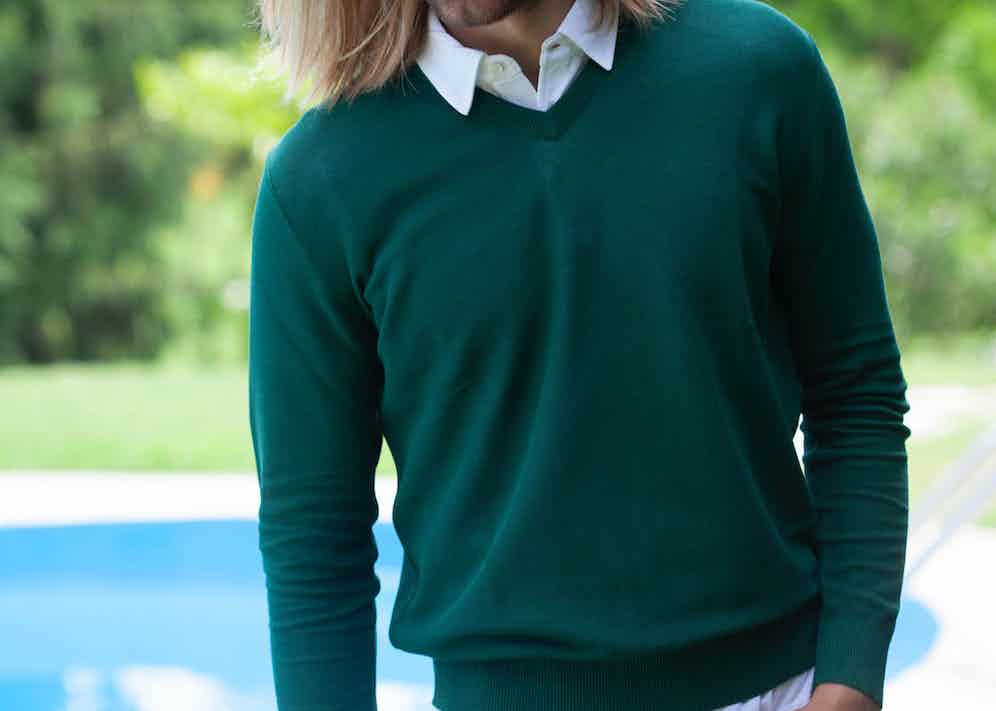 The Scottish Borders has long been the thriving manufactory domicile for the production of the finest luxury cashmere and Merino wool knitwear. Occupied by some of the most famous Scottish knitwear brands such as Pringle of Scotland and Lyle & Scott, the textile mills have been the hum of the local economy and the crux of the community for generations. The first knitting machine was brought up to Hawick in 1771 by John Hardie. In more modern times, the knitwear industry on the Scottish Borders has been beset by closures, including the cease in production of the aforementioned brands. Swallowed up by multinational corporations, the beleaguered industry – clings onto the last of the independent Scottish knitting factories. One such heritage brand is McGeorge of Scotland, who in the last few years has acquired a mill in an old building in Walkerburn.

Founded in 1881, the firm was established by the eccentric James McGeorge. Originally operating from his diminutive family knitting workshop in Dumfries – his nonconformist traits and well-defined knitwear identity soon called for a move to larger premises as they expanded. An innovator with a revolutionary spirit, the company soon moved to a farm, employing women for the first time. It was due to the stubbornness of J.C. McGeorge, that made the manufactory so successful. A primary factor was that the gentlemen in the business made the unimaginable possible by allowing women to use “Wooden Looms”, which resulted in the families having two sources of income. By this stage the company was producing high-quality cashmere, Shetland and cotton sweaters. 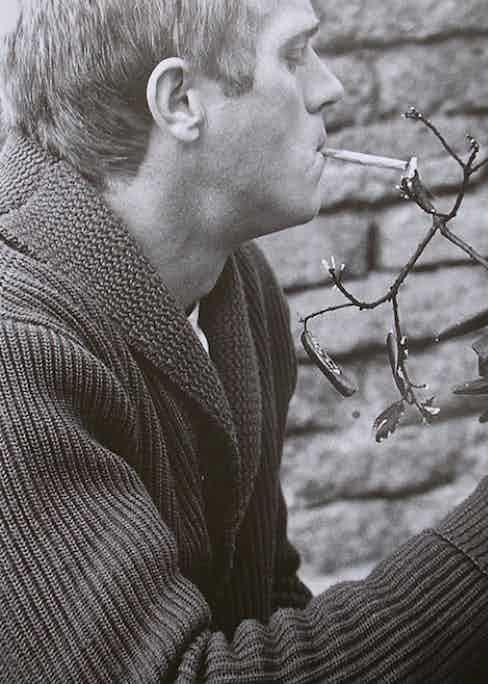 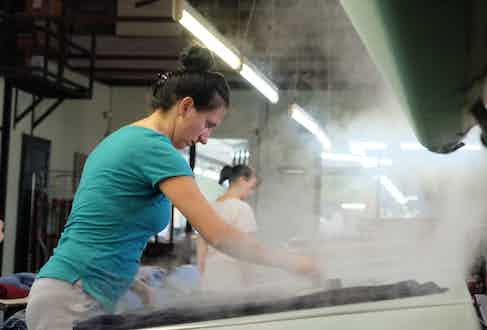 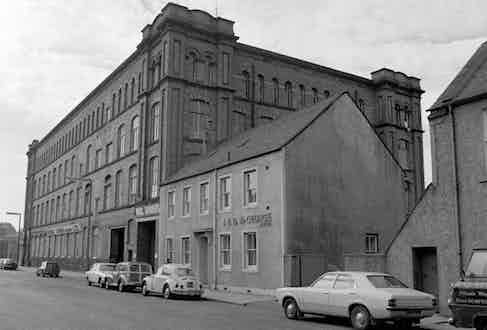 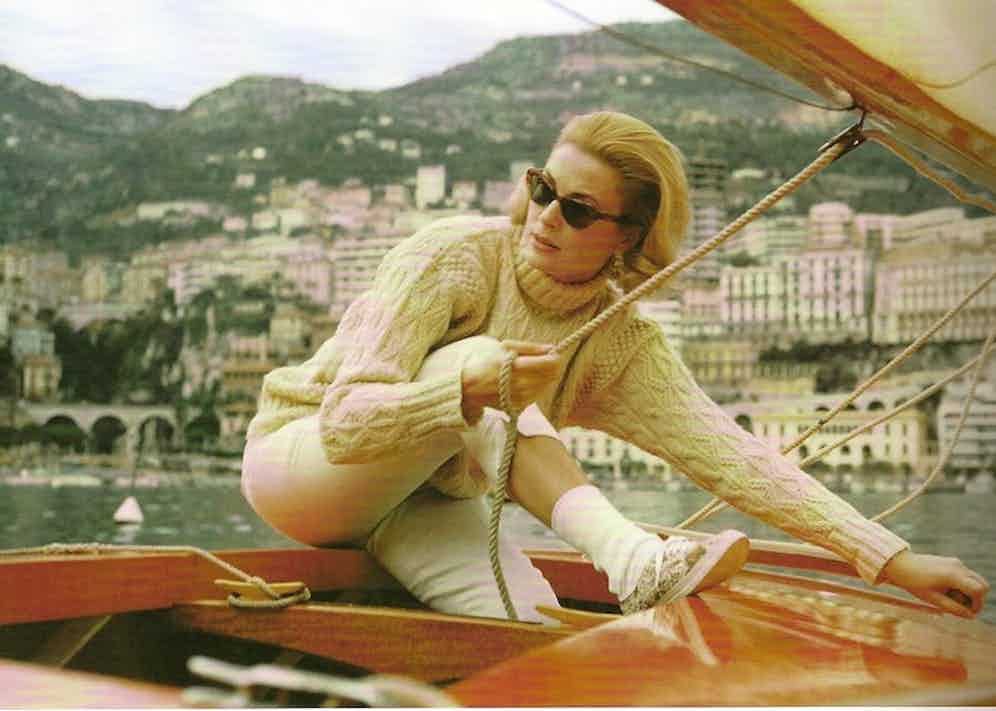 Rekindling the traditional methods and rituals of old Scotland, the wooden looms act as the acumen behind the durability secrecies of McGeorge knitwear. The method gives each yarn an especially voluminous grip. This means the pieces have a slightly firmer grip in the beginning, but become increasingly softer by wearing and subsequent washing.

From Hollywood to Walkerburn in exactly 100 years, the 1920s catapulted McGeorge and Scottish knitwear into the global market and more specifically onto the bodies of some of the most well-dressed actors and actresses to appear on the silver screen. The brand’s heyday continued for some time. Glancing out to the Mediterranean Sea, skippering her own boat, wearing her cat eye frame sunglasses, with panoramic views of Monaco behind, Grace Kelly wore the iconic Fisherman Cable Knit Sweater, made by McGeorge. An oversized version of the famed sweater then appeared not long after in the 1960 film, Breathless (“À bout de soufflé).”Written and directed by Jean-Luc Goddard it was arguably the biggest movie hit to ignite French New Wave cinema. The film’s lady protagonist, Jean Seberg hides her innocent and coquettish way of being in the sweater from McGeorge, whilst wondering what to do with her lover and libertine chancer, Jean-Paul Belmondo. 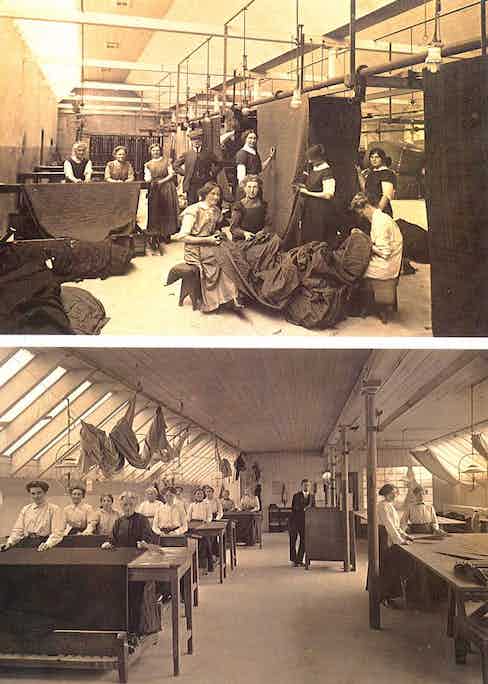 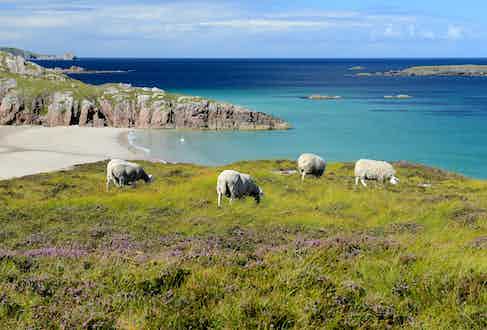 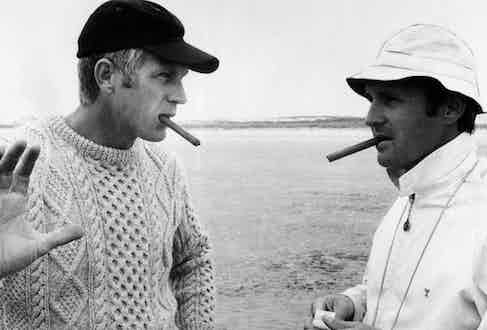 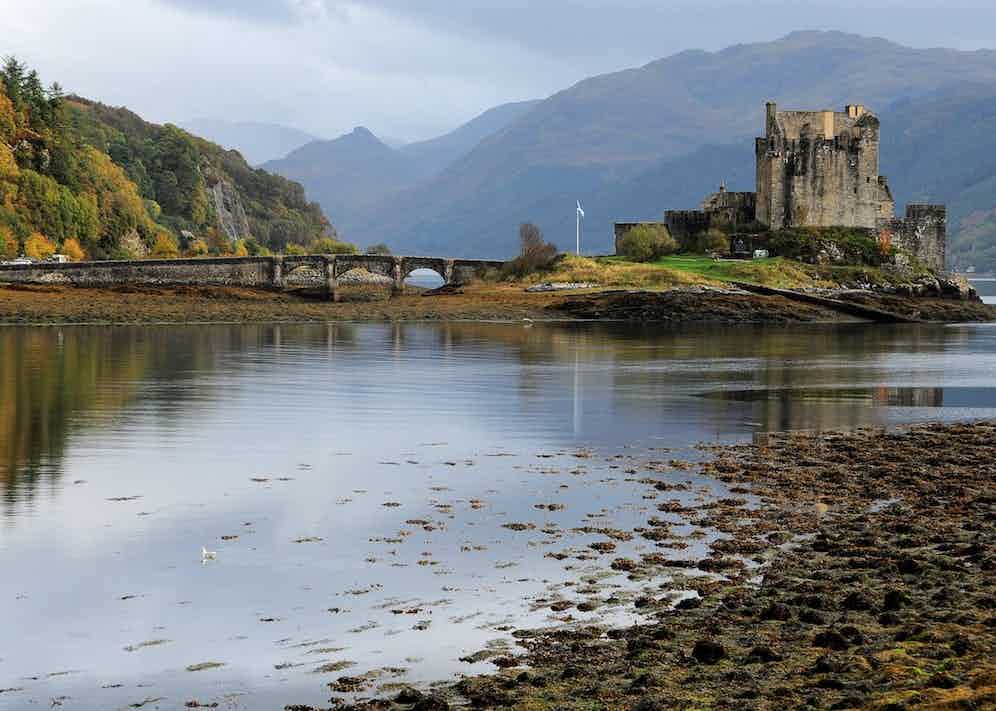 Stars of this ilk are not clothed in items, that do not comprise the craft and aesthetical standards necessary. Especially not Steve McQueen “The King of Cool” who wore a cable knit sweater in The Thomas Crown Affair (1968). Pictured with co-star Faye Dunaway the sweater features the traditional rope weave running throughout the body. Paired with his famed Persol sunglasses, whilst smoking a cigar and sporting the sweater no one can tell you knitwear isn’t cool.

The Rake is delighted to welcome McGeorge into its e-commerce fold with a selection of high-quality cashmere and Shetland wool jumpers. Predominantly in the crew neck style, there is one grey V-neck jumper in a beautifully soft Loro Piana cashmere. As the bitter winds start circulate more regularly, there’s no jumper more versatile than a grey V-neck, which can be worn as a layer underneath a jacket or coat, or on its own when pottering around the house.