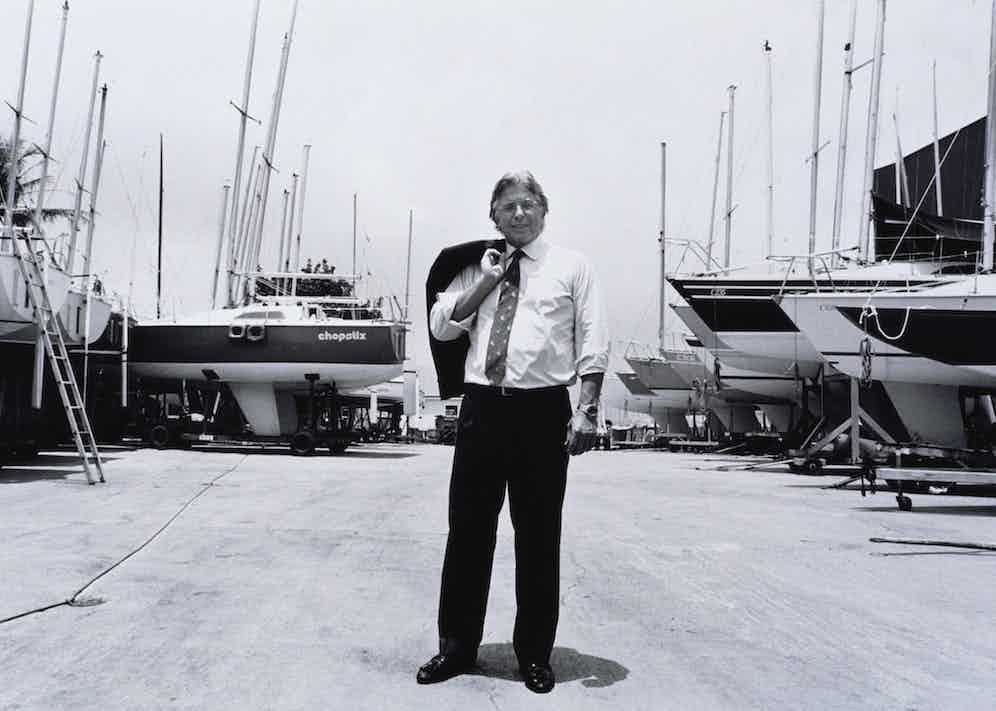 The study of those who have achieved greatness, rather than had it thrust upon them, points to one common factor: ambition. That quality takes many forms, however, and can be fired by a variety of motivations, as the case of Robert Miller, the billionaire duty-free magnate, shows. From ordinary beginnings he has risen to become a regular feature in lists of the richest in the world, spending his free time on the traditional pursuits of the old-world aristocrat, and seeing his daughters married to the grand families of the world as if by morganatic contract. In many ways it is a traditional American story, one of ascension via great wealth to grand social status. The Millers’ tale, however, is so traditional as to be emblematic of an entire stratum of recent American history, and in that it makes an intriguing case. The question that remains, as so often, is whether status was a by-product of success, or its chief motivation.

Born in 1933 in the small town of Quincy, Massachusetts, Miller was the son of a salesman for an oil company and a former governess. After an unexceptional academic career he won a place at Cornell University on a scholarship, albeit to its low-prestige school of hotel management. Among highly wealthy students, he was relatively rare in needing to work as a waiter to pay his way. Once graduated, he went in search of adventure, finding his way to Barcelona, where he worked on reception at the Ritz Hotel.

This was where fellow Cornell hotel management graduate Chuck Feeney found him. Together they turned their energies to Feeney’s project of selling alcohol to the U.S. navy, aided by their Cornell class rings, the equivalent of the British old-school tie, which ensured an audience among fellow alumni in the officers’ mess. With the help of Miller’s savings pot of $3,000, they moved into perfumes, cameras and radios and entered the nascent industry of duty-free sales. It was a niche ripe for exploitation, and in 1960 they founded Duty Free Shoppers, opening two airport concessions in Honolulu and Hong Kong. These were primed for the arrival of the Japanese market, which opened in 1964 with the lifting of the country’s post-war travel restrictions, releasing a flood of wealthy, luxury-hungry buyers. Miller and Feeney’s canniness saw them hiring tour guides who would lead these first-time travellers straight to DFS’s outlets before they had even checked into their hotels. DFS expanded throughout the Pacific, including the west coast of the U.S., remaining the leader of what would become a $25 billion market. The scale of the operation was phenomenal: in Saipan, they effectively paid for the building of the airport. Although they took on two minority partners, Miller and Feeney each held a 40 per cent stake of an annual profit of $1 billion, on top of which came further investments in Asia and Australia. 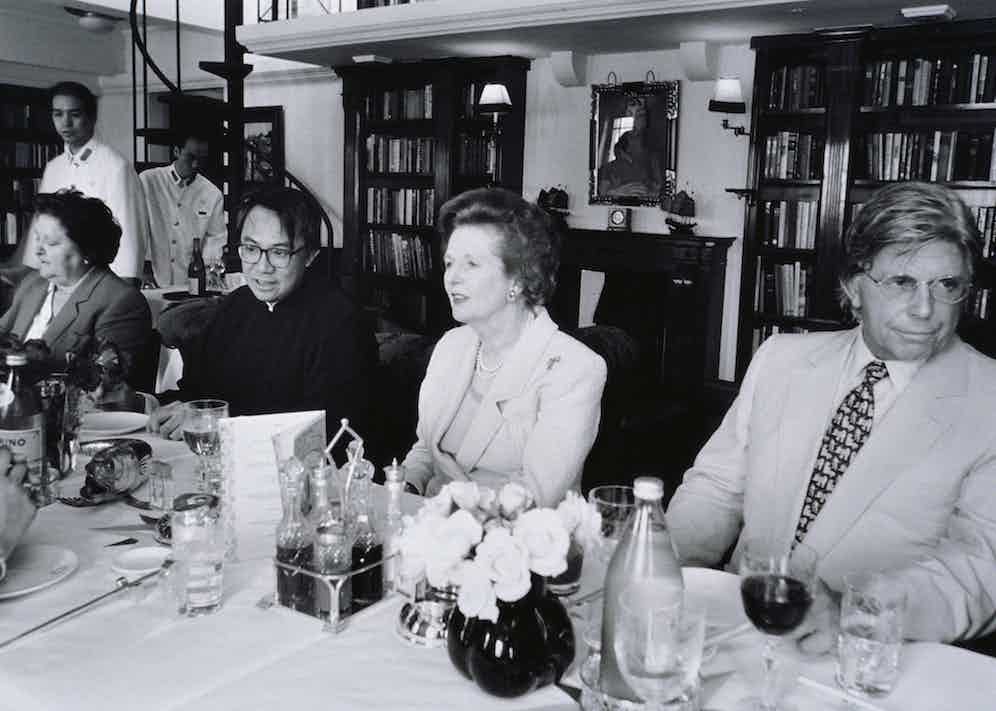 Such money raises questions, chief among them what to do with it. This is rarely a decision taken alone, and aiding Miller was his wife, Marie-Chantal. Born María Clara Pesantes in Ecuador, the daughter of a construction worker, she was a beauty with an ambition to match her husband’s. The pair claimed that she was a direct descendant of the Incan emperors, and pursued this line at one party in which she made her entrance by hot-air balloon in full American princess garb. Miller, too, began to trace his ancestry back to various European royals, including William of Scotland. It was a sign of things to come.

Married in 1965, the Millers had three children, born in New York, London and Hong Kong. The first, Pia, arrived in 1966, then Marie-Chantal two years later, and finally Alexandra in 1972. After various elite boarding schools, including the Swiss future-billionaires networking academy Le Rosey, they each went on to study history of art at one of America’s finest universities before taking on trophy husbands. Pia was first to marry, taking on Christopher Getty, the grandson of oil billionaire John Paul by his third wife — American royalty, for sure, with a name to rank among the Rockefellers, Astors and Vanderbilts, and with the money to back it up. The other two, however, looked to Europe. In 1995, Alexandra, the youngest, married Alexander von und zu Fürstenberg, son of Prince Egon. The family’s aristocratic history dates from the 14th century and its princely status from the 18th, though this was a house already accustomed to new money and even new-world infiltration, not least Alexander’s mother, Diane, the fashion-designer daughter of a Jewish shopkeeper from Brussels. The wedding in New York covered three days and included a Hong Kong-themed black-tie ball at Battery Park, where drinks were served in a bamboo winter garden, and the dinner, courtesy of four-star chef Daniel Boulud, in a Chinese pavilion.

The grandest of the three, however, was Marie-Chantal. Also in 1995, she married Crown Prince Pavlos, eldest son of King Constantine of Greece. This time the ceremony took place in London, in the Greek Orthodox Cathedral of St. Sophia, in front of the largest gathering of European royalty since the wedding of Prince Charles and Diana Spencer. Those still serving, from the United Kingdom, Denmark and Spain, were joined by those who were royal only in name, from the King and Queen of the Belgians to the Tsar and Tsaritsa of the Bulgarians, alongside global magnates such as the Aga Khan and Rupert Murdoch. The wedding itself was preceded by a reception at Claridge’s hosted by Elizabeth II, while the rehearsal dinner was staged at Wrotham Park in Kent and managed by Robert Isabell, event planner for the Kennedy family, who recreated the Parthenon in the form of two marquees, including an archway decorated with urns holding 100,000 yellow and orange roses flown in from Ecuador in honour of Marie-Chantal Sr. The reception, for 1,400, took place at Hampton Court, once home to Henry VIII. According to Vanity Fair, it was “probably the most extravagant pre-wedding and wedding receptions England had ever seen”. 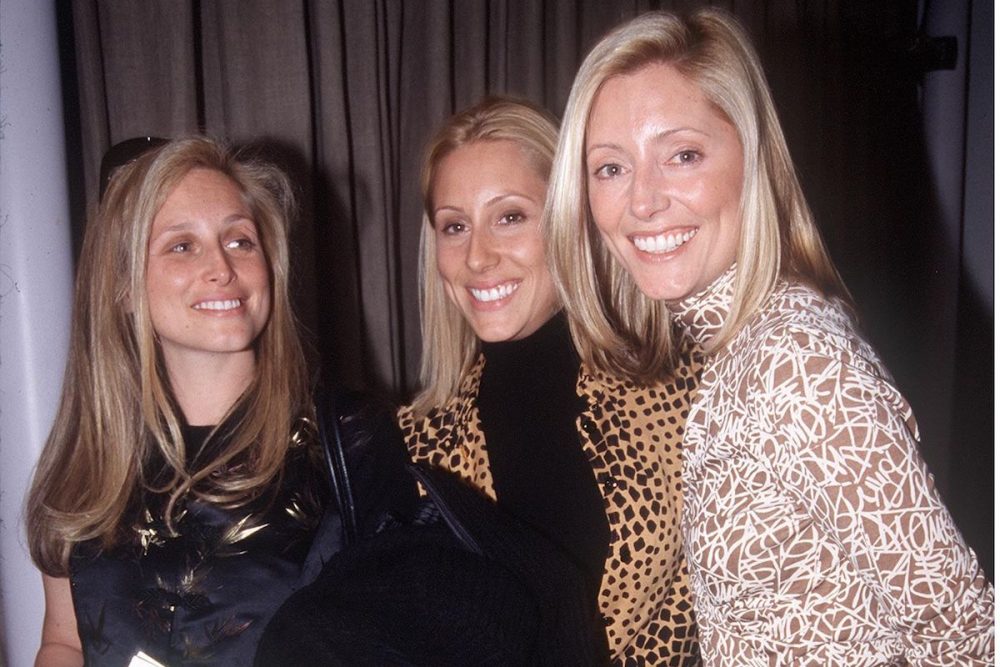 Miller also supplied his three daughters with a dowry reported at $200 million. Whether this was the action of an indulgent father, willing and able to supply anything his daughters desired, or of a man determined to secure his place in society, is a matter of opinion. Certainly his daughters attended the schools and colleges that would put them in contact with society, and their round of parties in New York and wintering in Gstaad suggests that Robert and Marie-Chantal Miller were keen to follow the well-trodden paths of the globally wealthy. Instrumental in both Pia’s and Marie-Chantal’s marriages was a stockbroker who worked for Robert, one Alecko Papamarkou, skilled in combining his business and social contacts, which included the former royal family of his native Greece.

In most views of well-married daughters, it is the mother who takes the brunt of any accusations of social climbing. In the case of the Bouviers, whose Jacqueline married J.F.K. while Lee became Princess Radziwill, Janet Lee Bouvier is pictured as the relentless force for advancement, not least because the girls’ father, John ‘Black Jack’ Bouvier, was a drunk and a wastrel. The Cushing sisters, who between them married a Roosevelt, a Whitney, an Astor and a Paley, are considered the product of sharp-elbowed mother Katharine rather than their revered brain-surgeon father, Harvey. This may be the case, of course, as it may be for the Millers, but Robert’s choices on how to spend his money, thrown into sharp contrast by those of his business partner, rather suggest otherwise.

In 1996, after 30 good and relatively peaceful years, Miller and Feeney’s partnership broke up among some acrimony. Feeney, sensing that the duty-free market was about to decline, decided to sell out to luxury mega-corp Louis Vuitton Moët Hennessy, and took DFS’s two minor partners with him. Miller was violently opposed to the deal, and refused to sell his share. For him, this was a matter less of money than it was of prestige: “It’s not going to be my company any more,” he said, “it’s not going to be my baby.” Worse was to come. Feeney took more than $1.6 billion, but Miller stood fast, only to see economic crisis in Asia precipitate a massive drop in business. At the same time, he was butting heads with LVMH boss Bernard Arnault. What began as disinterest — DFS was “non-core”, said Arnault, to Miller’s fury — ended up in court, with Miller accusing him of “a pattern of exploiting the assets of partially acquired companies for the benefit of LVMH with no concern for the best interests of minority shareholders”. The row had a terrible effect on Miller’s health, both mental and physical, but miraculously the matter was resolved, with DFS retaining a level of independence that put it in good stead for the arrival of the Chinese market. Miller now describes them as “very good partners”, and Arnault even hired Pia, Miller’s daughter, as an ambassador for LVMH’s Sephora stores. 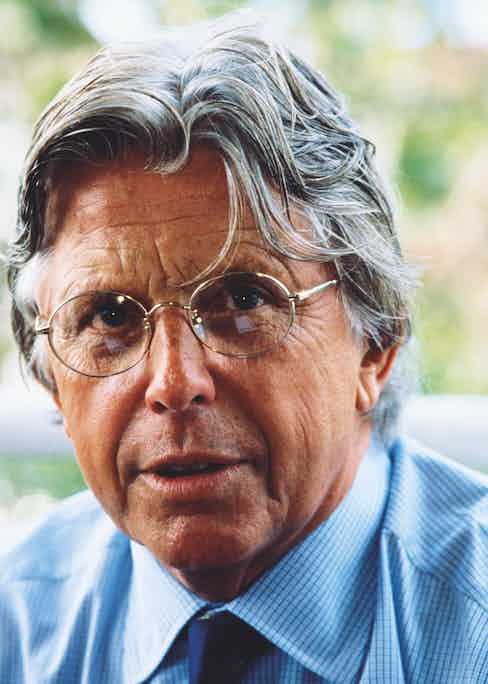 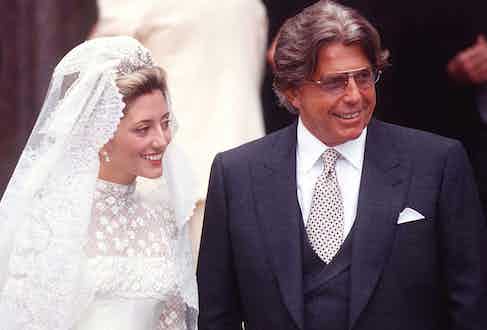 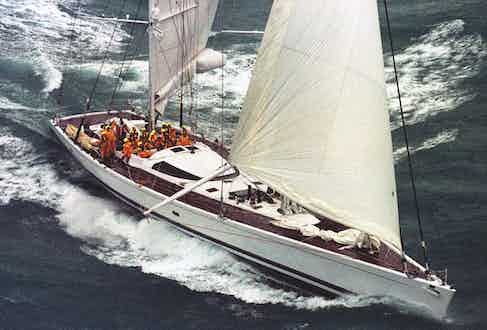 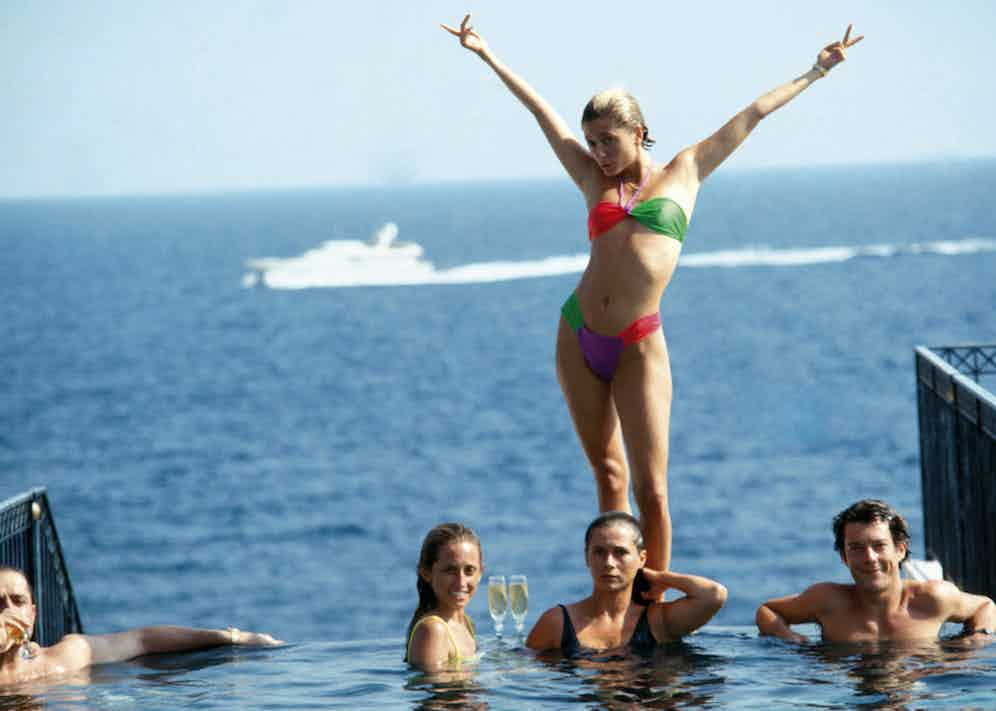 There is an interesting wrinkle in the story, however. During the break-up of the DFS partnership, it emerged that Feeney had long ago devoted almost all his assets and income to his charitable foundation, The Atlantic Philanthropies, and has since become a spirited campaigner for billionaires around the world to devote their fortunes to good works, said to have strongly influenced the Bill and Melinda Gates Foundation. And while Feeney has put much of his focus on work related to his Irish roots — including, controversially, support for Sinn Féin, the Republican organisation with strong links to the I.R.A. — Miller has devoted his money to pursuits more readily associated with that country’s traditional enemy, the English aristocracy.

Along with his homes in Hong Kong, Gstaad, New York and Paris, the Millers have long had a property in London. In 1998, however, they bought a Yorkshire grouse moor and lodge, Gunnerside, from Earl Peel, descendant of the grand Victorian who founded the British police force. Covering 14,500 hectares, this is one of the largest country estates in the country, and provides plenty of opportunity for Miller and friends to indulge in traditional English pastimes. It’s far from a one-off, either: Miller is so keen on Britain that he has become a citizen. In London he spends time with a party set familiar to readers of newspaper gossip columns, from Taki and the Bismarcks to playboy Arpad Busson and ageing rock stars Bob Geldof and Roger Taylor. At his 80th birthday, held in Prince and Princess Pavlos’s house in Oxfordshire in 2013, they were among 400 guests entertained by Diana Ross, amid marquees decorated for the occasion with light sculptures by Ingo Maurer.

Miller’s other great passion is sailing, which he takes extremely seriously. His yachts are no gin palaces but ocean-going racing vessels, designed for competition of the highest level. In 2003, his monohull yacht the Mari-Cha IV, with both himself and son-in-law Pavlos in the crew, was the first to cross the Atlantic in under seven days. In 2005, he led the same boat to victory in the Rolex Transatlantic Challenge, in the process breaking the record for west-to-east crossing that had stood for a century, despite severe weather conditions. “The boat and the crew took a beating,” he said afterwards, and by some accounts he added to it, proving a highly motivated and demanding captain. Clearly, for Miller, sailing is not simply a pursuit for retired billionaires but a means to an end. Few sports come with higher status than transatlantic sailing, after all (with grouse-shooting, perhaps, a second). He has always been a fierce competitor, and there is no argument that he has succeeded in all he has undertaken. For him, domination of his sector of business for 50 years was not enough, just as it wasn’t for the Victorian industrialists of Britain or the oil and railroad billionaires of America’s Gilded Age. To truly make his mark, Miller wanted his name alongside those of the global elite. Money buys choices, and that was his.

This article originally appeared in Issue 48 of The Rake.