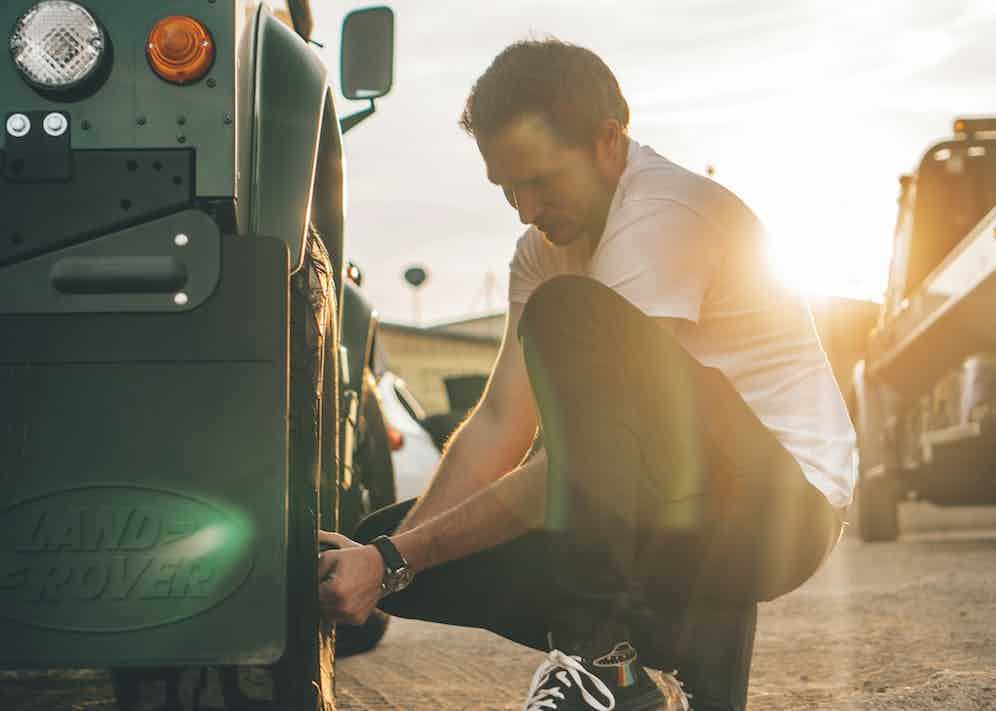 David Bren, the co-founder of The Bunker.

It is difficult to pin down what exactly it is about cars that invokes such passion and devotion in those who love them. For those on the outside, spending tens and sometimes hundreds of thousands of your particular currency on a car seems ridiculous. But for petrolheads, it makes perfect sense. The joy of car ownership knows no bounds, whether you prefer to indulge in cross-country road trips or you’re like Rolling Stones drummer Charlie Watts, who has a bespoke suit to match each of his cars, which he enjoys not by driving (he doesn’t have a licence) but by sitting stationary in his garage listening to the engines rumble.

For many, part of the joy of cars is connecting with others. But how does one go about that in an increasingly digital world? Sure, there are online forums that cater to owners of all marques and models, from Mk2 Golfs to sites dedicated specifically to the Porsche 930 Turbo. But forums aren’t exactly aspirational, and by their very nature exist only virtually. This is where the Los Angeles-based venture The Bunker comes in. A new, highly exclusive car club built to bring together enthusiasts from all walks of life, The Bunker is part club, part concierge, part hotel. It gives its members access to some of the rarest automobiles in the world while offering a social space for networking and community. In short, it’s the place to go if you want to surround yourself with all things automotive. The Rake talked to its co-founder David Bren to get an exclusive insight into The Bunker and its 60-strong fleet, as well as a look at what lies in his own garage. 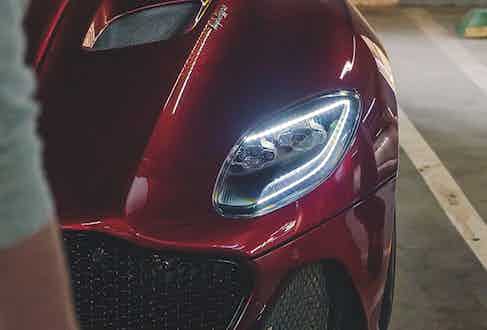 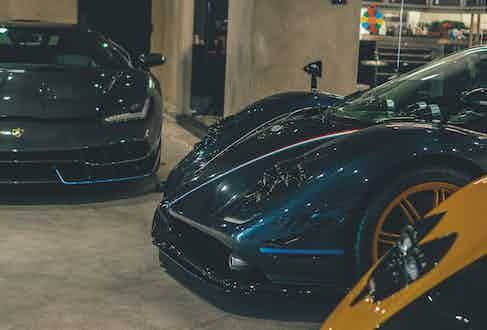 What does The Bunker offer?

At the highest level it’s a private membership club targeted at automotive enthusiasts. The automotive community has this galvanising bond to it that I’ve really not seen anywhere else in any other passion pursuit. It’s so magnetising that you can be from any background, religion or industry and get along over this mutual passion.

As we started developing the business, we realised very quickly that car guys or girls are also into watches, wine, cigars and whisky, as well as fine leather goods and clothes. So we realised that The Bunker wasn’t going to be based solely on automotive enthusiasm — it was about this enthusiast’s pursuit of craft. It’s about the intricacy of craft, and the journey through a story that’s told about a product, not just something that comes off a production line.

The Bunker houses the most incredible components across these different passions and pursuits. We have a building that we acquired in Beverly Hills that we’re completely redoing, top to bottom. It will have about 100 hotel rooms in it, and a social club space. There’ll be a fleet of 60 cars for our members to drive and utilise at their pleasure — everything from Aston Martin to Bugatti.

L.A. has a number of country clubs that previous generations would join, and that was their place for community and engagement. They’d bring the family and you’d have lunch there on Sundays, and so on. The Bunker is a newer, modern take on that for the modern family man and woman. One of the things that’s actually really important to us is the female demographic. In the automotive community a lot of times women may be excluded, or unacknowledged, yet there’s so many female automotive enthusiasts. We want them to get a space to enjoy their passion.

We want to be inclusive. It’s so important, as it allows engagement between one another on a much deeper level. You can form deeper, more meaningful relationships with people, significantly faster. And that was something I experienced firsthand at the mechanic’s garage [in L.A.] that originally gave me the idea behind The Bunker. We sat around a little fold-out table, yet it was the truest form of an organic community setting, in which no one ever notified anyone else of when they were coming, but there were always people there. It was always our group, and you would just show up as if it were your house. 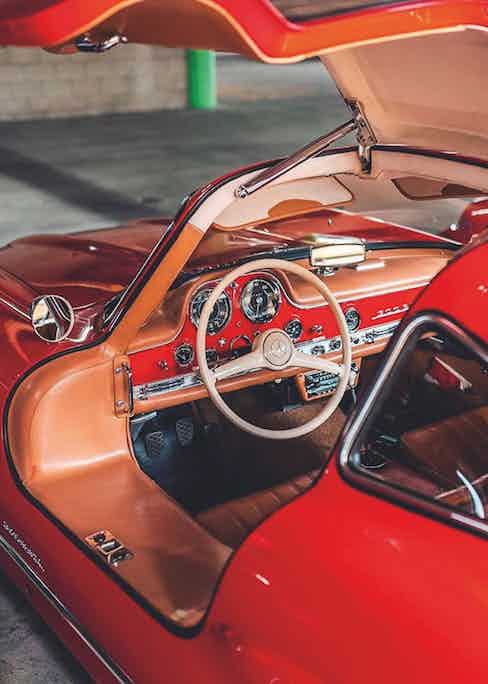 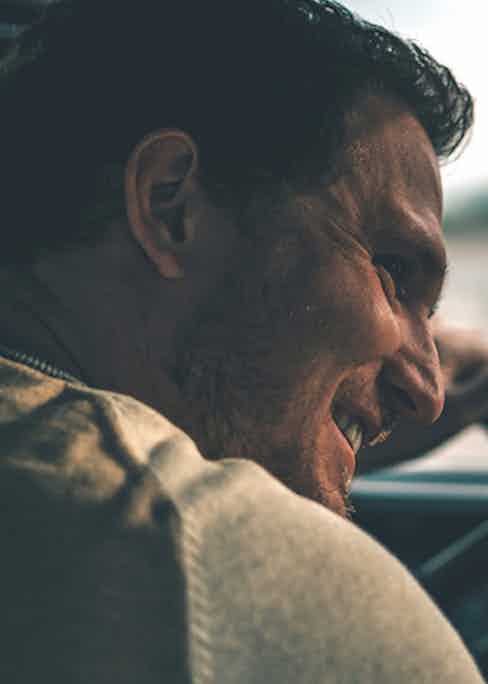 I get the impression a large part of The Bunker is about connecting with people. Why do you think we, as humans, have that strive for connection?

We’re social creatures, so I think there’s an innate need for it. I think, more so than ever with our computers and our phones, we have everything at our disposal. We’re so connected, but yet not in a meaningful, real way. As opposed to picking up the phone and calling people, nowadays most people just send a text message or an Instagram post.

But in doing this you don’t get that true human interaction. You’re interacting with a device, and that’s it. I don’t think that fulfils the need for connection. And you know, that becomes more prevalent as cities become larger. I think that the ironic thing about large cities is they become more lonely the bigger they get. You go to New York and it can be a very, very isolating place.

I think more and more people are looking for their ‘village’, so to speak — their group of belonging, the people they can count on and engage with, and that’s what social clubs in general are solving.

How did you get into cars?

I’ve been a car enthusiast since I was about four years old. The first crystal-clear memory I have was being on a playground looking out at the street in Beverly Hills and seeing an Aston Martin drive by. I had no idea what an Aston Martin was at the time, I was just staring at it, mesmerised. The sound and the look of it, everything about it captured my interest, and I became obsessed. From that point on, I was bitten by the bug, and it was just a passion and a love that I could never get rid of.

Do you have any favourite cars out of The Bunker’s in-house fleet?

The Porsche 918 is one that really does it for me. It’s one of the modern hypercars — it’s an amazing piece of machinery but it’s also more or less daily drivable if you’re so inclined. It has a drivability factor that the other hypercars don’t.

The vintage cars are hard to escape from as well, because there’s something so visceral about them. You don’t have the safety features and you don’t have a computer doing the driving for you. That’s when you’re truly connected — it’s just you, a steering wheel and the road, and that’s it. And I mean from a driving experience standpoint, you can’t get that out of a modern car. 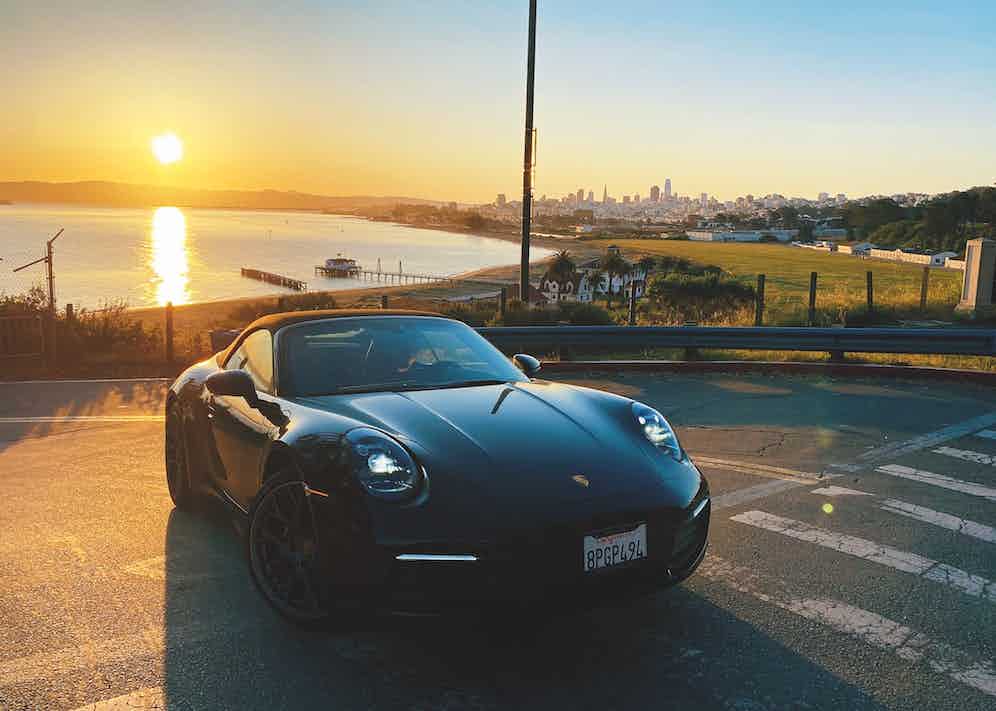 What about cars in your personal collection?

I’m a strange collector. What I’ve always loved are the classic BMW M3s. From the E30 M3, which is the first one, to the E36 and the E46. The new ones are great cars, but they just don’t do as much for me as the old ones. They had something special about them because they were essentially a race car for the more everyday. They weren’t a $300,000 car; they were more like $30-, $40-, $50,000, so for a lot of people, they were within reach. They were somewhat accessible, yet they were fast and they handled well and had an emphasis on balance. It wasn’t that they had the biggest engine, but they could take a corner almost as fast as anything. Over the course of the past 10 years, I’ve bought and sold more of them than I can count, and every time I sell one I regret it a couple months later.

If you have to drive one car for the rest of your life, what would that be?

The BMW 507. It came out at a time when its competitors were more muscly-looking American cars, like the Corvette. It was more expensive at the time and less powerful than its competition, so it did not sell. And, as a result, they didn’t end up making a lot of them. And yet you look at it now and you look at the lines and it’s got to be the most beautiful car I’ve ever seen. Similarly [with] the Aston Martin DB5 — they’d be my top two.

It’s funny to see in L.A. — when you go to the ‘right’ hotel, you’ll see $2m and $3m hypercars parked out front. But anytime you see the DB5 in that lineup it completely takes the presence from everything else. Nothing can keep up.

What’s the long-term plan for The Bunker?

We envision opening future clubs elsewhere, internationally. And I think the beauty of that is the ability to traverse the globe and have these different hubs for yourself where you can connect with a new group of people that are still, to all intents and purposes, your people. They’re still part of your environment and you have that connection to them from the onset. There are definitely many pockets of luxury automotive enthusiasts globally that we will look to tap into.