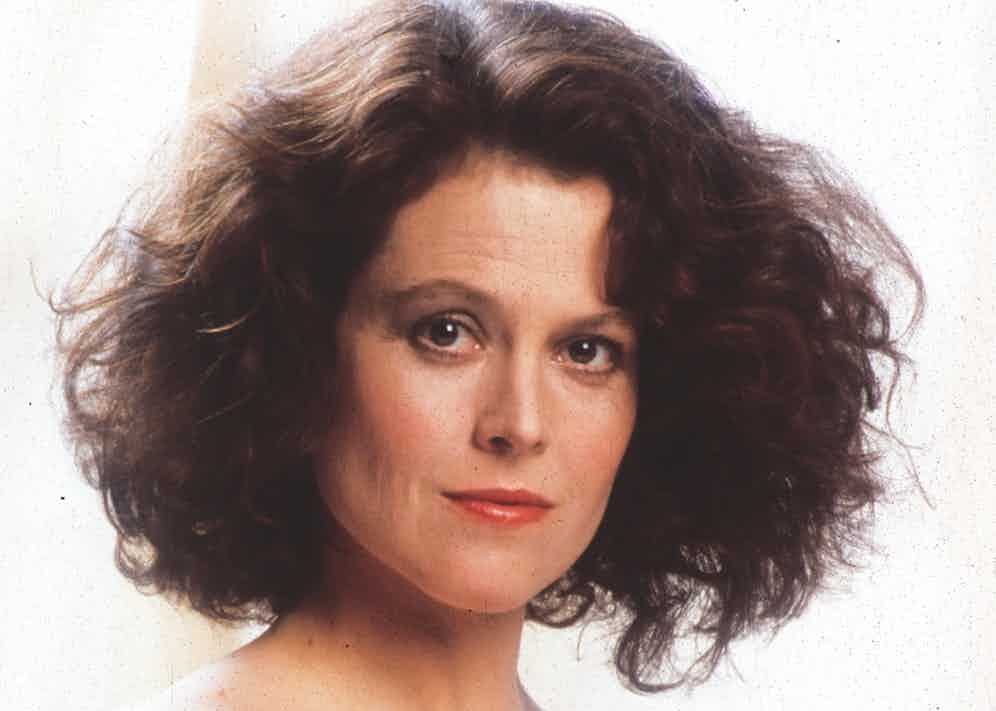 In the biz, it is known as ‘ugging up’. It may not ring a bell, but you’ll know it when you see it. We are referring to that point in an actress’s career when she is justifiably tired of being judged as much for her ethereal looks as her talent. And so, in the services of character, she strips away all vestiges of glamour.

Nicole Kidman did it in 2002’s The Hours, as Virginia Woolf, with a prosthetic nose that was as riveting as her Oscar-winning performance. Two years later, Charlize — do we really have to note her last name? — followed suit as the serial killer Aileen Wuornos (Monster). There was also Anne Hathaway’s dramatic weight loss and cropped ’do in 2012’s Les Misérables. Again, a gold statuette were among the accolades. But you have to go back to 1992 to reveal the original no-fucks-given bad-ass heroine. The movie was Alien 3, the actor Sigourney Weaver.

Unlike the majority of women celebrated in this column, Susan Alexandra Weaver is still very much with us. What’s more, we defy you to name another living actress who has been such an integral part of so many successful franchises. We’re talking Avatar, Ghostbusters and Alien. And that’s not counting the movies and T.V. series — see Galaxy Quest and Futurama— in which she poked sly fun at the very genre in which she’d scored some of her greatest hits.

Her determination and sense of individualism were at play early. At the age of 12 she decided to change her name to Sigourney, after Sigourney Howard in The Great Gatsby. Don’t know about you, but when we were 12, we were focused on trying to keep the bathroom door closed with one foot as dad pounded on it yelling, “How long are you going to be in there?”

Weaver’s road to stardom did not involve being plucked from the catwalk and into high-visibility roles. For a start, she qualified to study English lit at Stanford, then applied to the Yale School of Drama. She got in but was viewed as a gangly interloper by professors who routinely shuffled her into roles as hookers, crones or hookery crones. “I’ve lost a lot of roles because of my height,” she has said. “I’m six feet, three inches in heels. Producers are short, and I was never their sexual fantasy. As for actors, if I enter a room and an actor stands up then immediately gets self-conscious and sits back down, I hear myself saying, ‘This job isn’t for me’. I once offered to paint my shoes on my bare feet to get one part because it made me appear shorter.”

Her talent, however, began to shine through in abrasive yet humane stage performances in the early 1970s. No matter how you feel about him now, Woody Allen had an eye for talent back in the day, and Weaver was set to take on the role of Pam in his 1977 comedy, Annie Hall. Instead of piking out on previous stage commitments — clearly Weaver’s word matters to her — she turned him down, though she did score a six-second bit-part in which her presence was undeniable.

Two years later, when Ridley Scott’s film Alien demanded a gutsy new type of heroine not afraid to mix it up with a pissed-off extraterrestrial but who could also conjure pure terror, Weaver would have the first of her many moments.

In 1989, for example, she scored two Oscar nominations: one as best actress in a leading role as Dian Fossey in Gorillas in the Mist and the other as best supporting actress opposite Melanie Griffith as a shoulder-padded villain in Working Girl. It was in 1984, however, that she first imposed her volcanic presence on male psyches, in the role of Dana Barrett in Ghostbusters. Specifically, the scene in which the possessed nymphette endeavours to seduce Bill Murray. In that off-the-shoulder dress, artfully windblown, and with teased hair, she breathlessly asks, “Are you the Keymaster?” Against Murray’s deadpan magnificence, she reclines on a bed and asks, “Do you want this body?” To which he replies, “Is this a trick question?”

Point is, she was way beyond eye candy here — more a dégustation for mind, soul and spirit. To further batter the food analogy into submission, this was a mere taster of what was to come in terms of her searing range.

When you need the dimension for nuanced tomes such as The Ice Storm and A Map of the World through to 2020’s My Salinger Year, Weaver is on speed dial for producers who feel the film public is beginning to exhibit Streep fatigue. Ironically, this is the reverse of the dynamic they shared when they were classmates at Yale. It’s worth remembering, however, that she is approaching her 45th year in front of the camera, and for all the new wokeness she is no doubt qualified to make the following statement: “In Hollywood, if you are a man and speak your mind openly, you’re considered a man in full. But if you are a woman and do the same, you’re nothing but an annoying bitch.”

Yet as the credits have rolled and the years have ticked by, she has also noted, “There isn’t that thing that used to drive me crazy whenever I read the part: those scenes where the woman stops being effective and has a little breakdown to show you she’s still a female entity. Now they just get on with it.”

Getting on with it seems to be just what Weaver is doing right now. Avatars two through five are in various stages of production, a new Ghostbusters item is in post-production, and the feature Call Jane is set to take an unflinching look at the historical politics of abortion in the United States.

Like we said, Weaver is not one to step back from a fight, whether against aliens or the archaic institution of leading-lady beauty. And either way, we know who our money is on.

You can also view this feature in Issue 75 of The Rake - on newsstands worldwide now.