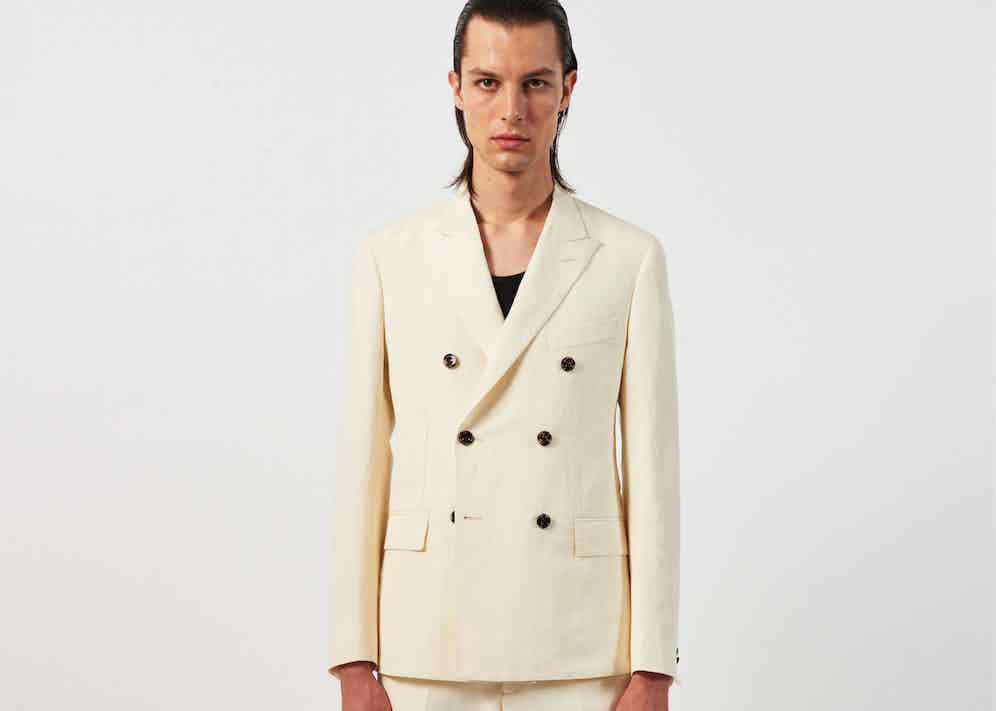 There’s a quiet evolution happening at No. 14 Savile Row. As one of the first brands to host men’s ready-to-wear shows, it seems fitting that Hardy Amies maintains this contemporary approach to their new collection. This season marks the second for designer, Darren Barrowcliff, whose vision is one of clarity with minimal fuss but well-executed styling on a foundation of traditional tailoring, so synonymous with the house. Yet, it’s a contemporary take on suiting; jackets are slightly shorter than elsewhere on the Row, they’re unstructured and unlined for the most part, the lines are clean, the fabrics are luxurious - Italian silks and linen velvets - and the shrewd pairing of bleached denim jackets under suits provides a welcome contrast to conventional formalities and suiting structures.

Darren explained “I’m taking old things and making them new again, like the house you see today – I’ve reinvigorated the house by presenting in the original Salon rather than having a show. I wanted to add a chic, masculine, cool, contemporary side to the brand, with casual elements but still very much in the formal world. And as with last season we were questioning and contrasting the formal suit looking at when we can elevate it and when we can calm it down so that suits aren’t so stuffy, but rather are unstructured and unlined, still adding luxury elements. So we’ve been playing with blends a lot, for example the denim-look suit, keeping the fabrication elevated so it doesn’t go too casual”.

Innovation with fabrics too was an important part of Darren’s collection, where one particular Italian cotton single-breasted notch lapel suit was bleach-washed in house. He notes the radical nature of such a sartorial-meets-fashion move but explains “it’s on that tip of the two worlds, tradition and innovation. The denim suits are actually dyed cotton which makes as much of a statement as using genuine denim. Then we even have completely unstructured evening suits which form the highest point of casualwear for me; it’s a cool statement piece as it’s a completely deconstructed formal look. We want to take things that people have always loved but put new life into them, as we’ve done with this room, the Salon, and that’s what I want to do with the house too.”

All the footwear throughout was made in collaboration with Austrian luxury artisan footwear brand and fellow exclusive designers with The Rake - Ludwig Reiter – who created patent formal Derbys and exclusive black woven leather slip-on Capri loafers, both of which sit perfectly under the slight break of the ankle-kissing length of this new design era for the house of Hardy Amies. 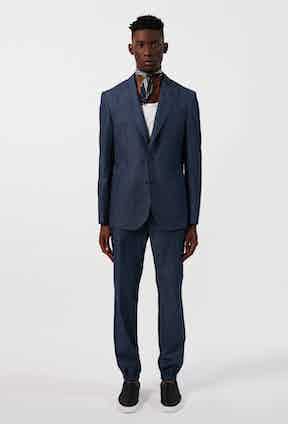 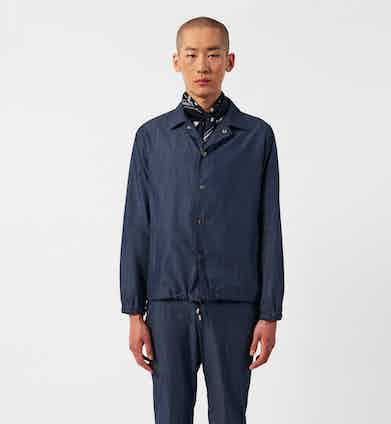 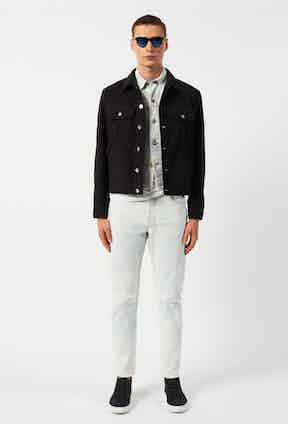 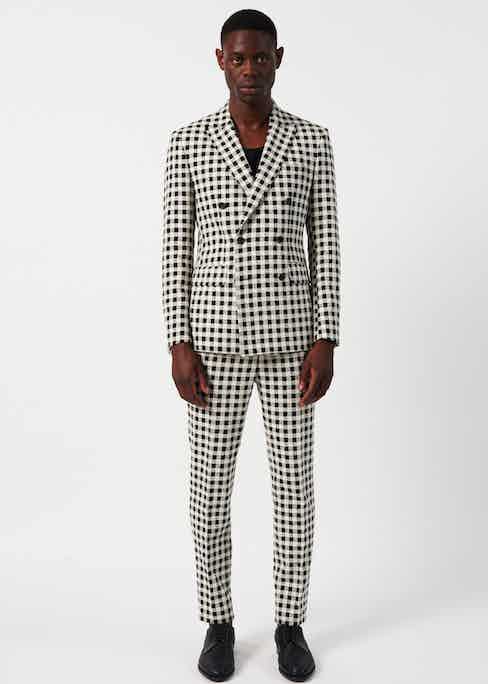 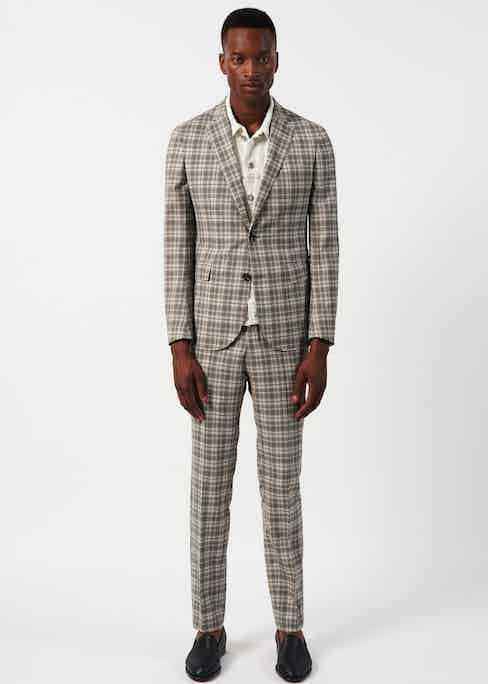 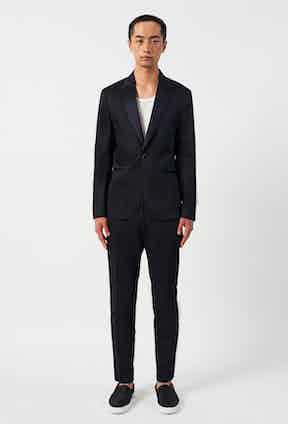 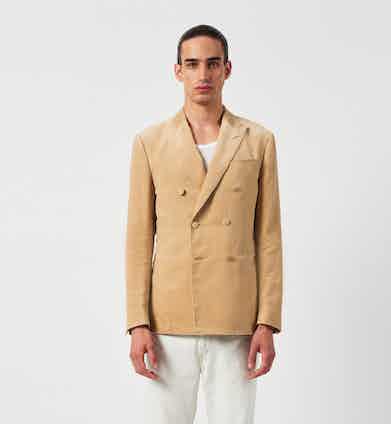 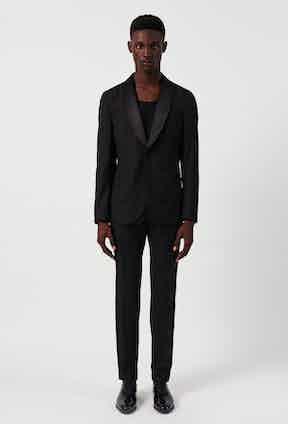