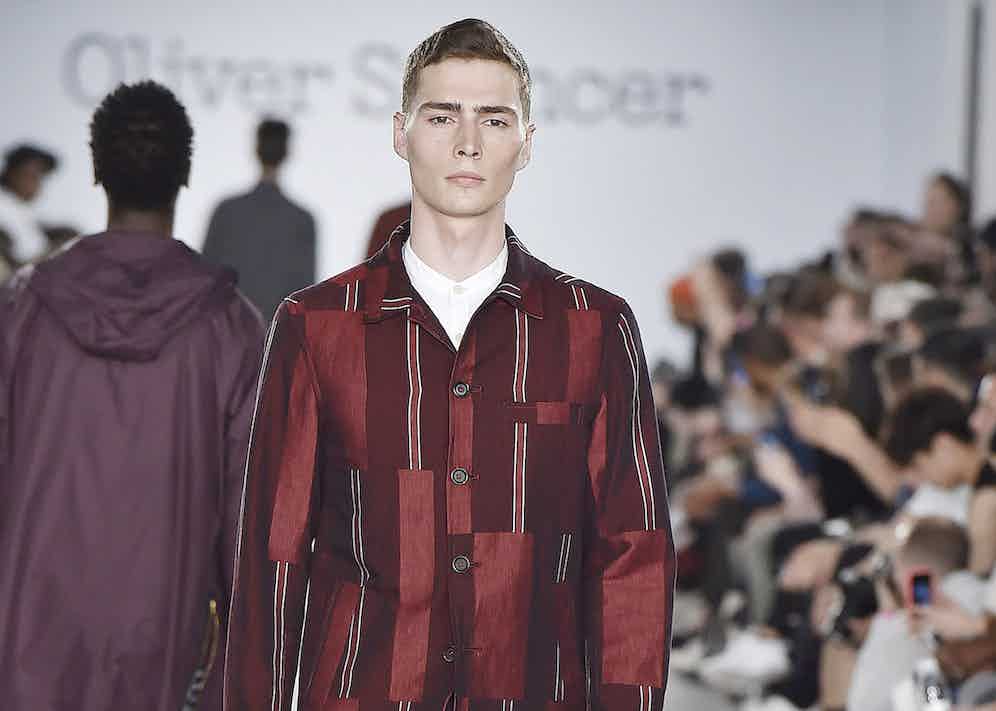 Well here we are again, another much anticipated London Collections Men has begun, and for the next few days, we'll be bringing you all the tantalising snippets we can of those rakish catwalks, presentations and creations that represent the very best of British luxury menswear.

Our London Collections Men really began yesterday evening, with a stirling catwalk show from Olivier Spencer: always a strong start. A designer which has both championed and played a significant role in evolving the aesthetic of modern British style for the past number of seasons, this latest show offered yet another impressive series of experiments in fabric composition and form.

The collection is a post-modern ode to Mediterranean escape, inspired by the prestigious residence of Casa Malaparte on the fair isle of Capri. As such, there's an optimistic and airy quality to it; with voluminous lightweight technical parkas and macs (with zips in intriguing places) and a number of deconstructed three-button suits in loose, subversively boxy cuts without lapels which offer a thought provoking cross between a safari suit and old-school canvass work jacket, perfect for chilled days strolling through the idyllic white-washed streets of Anacapri and down to the beach. Outerwear is paired with drapey, full-cut and similarly soft washed-down trousers to match. Pastel blue, dark matte navy and warm brown tones of tan and terracotta filter throughout, with the occasional splash of crimson or smokey grey for some contrast. Patterns are minimal, and softness of silhouette and texture reigns supreme.

Naturally the collection's footwear and leather goods are similarly compelling; with a number of sleek, functional white-soled sneakers and soft low-profile lace-ups on show, as well as a range of chic leather and canvass backpacks, totes and holdalls. It is, in short, every bit as sophisticated and as intriguing a collection as promised - a contemporary, travel-tailored wardrobe for the rakish journeyman. 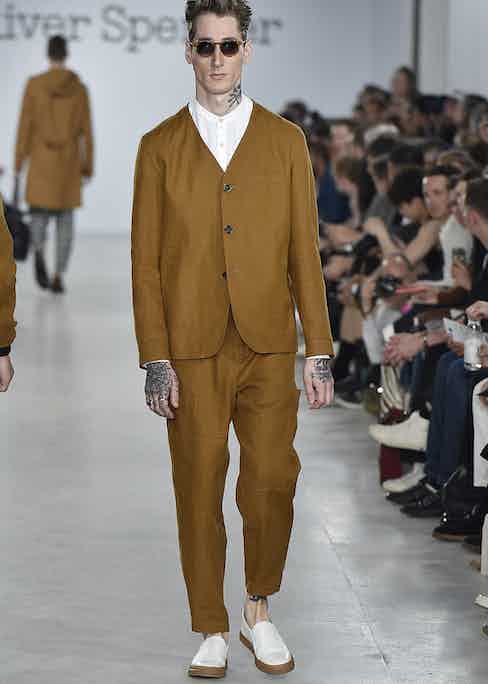 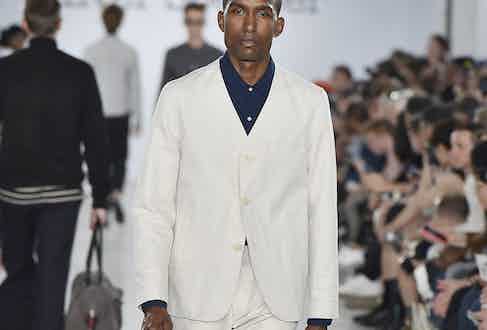 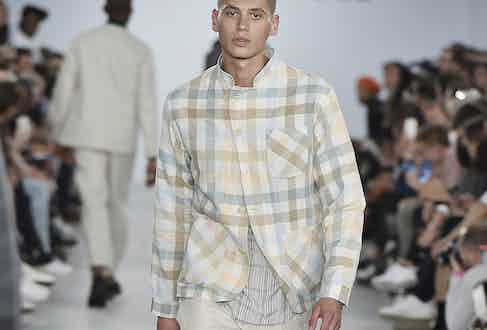 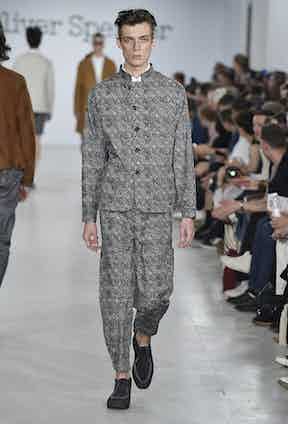 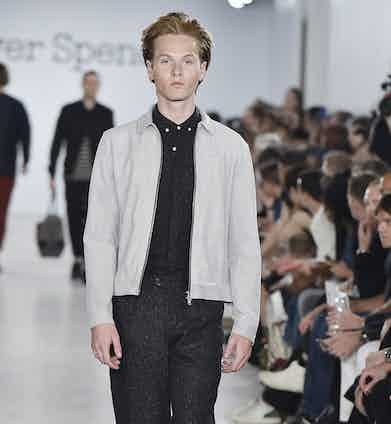 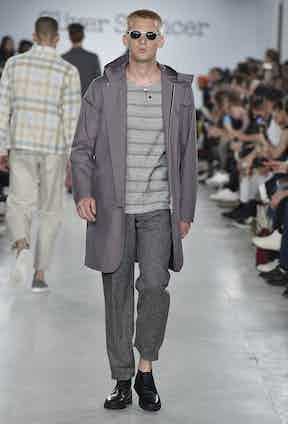 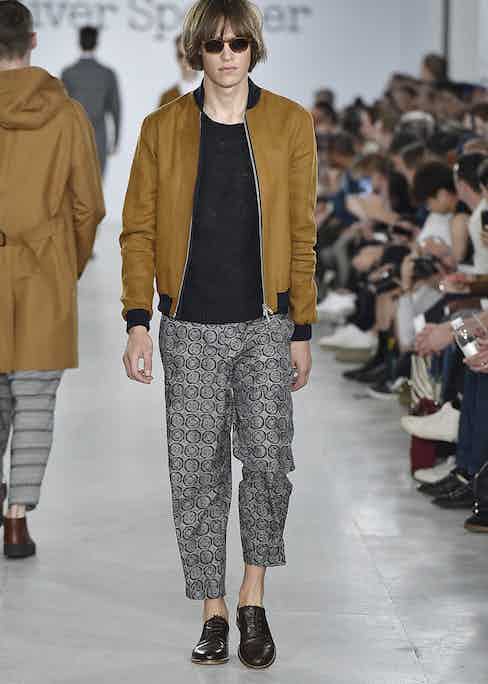 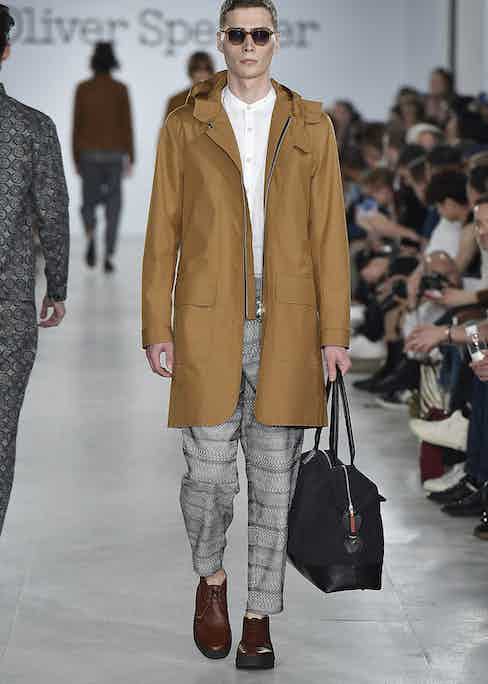