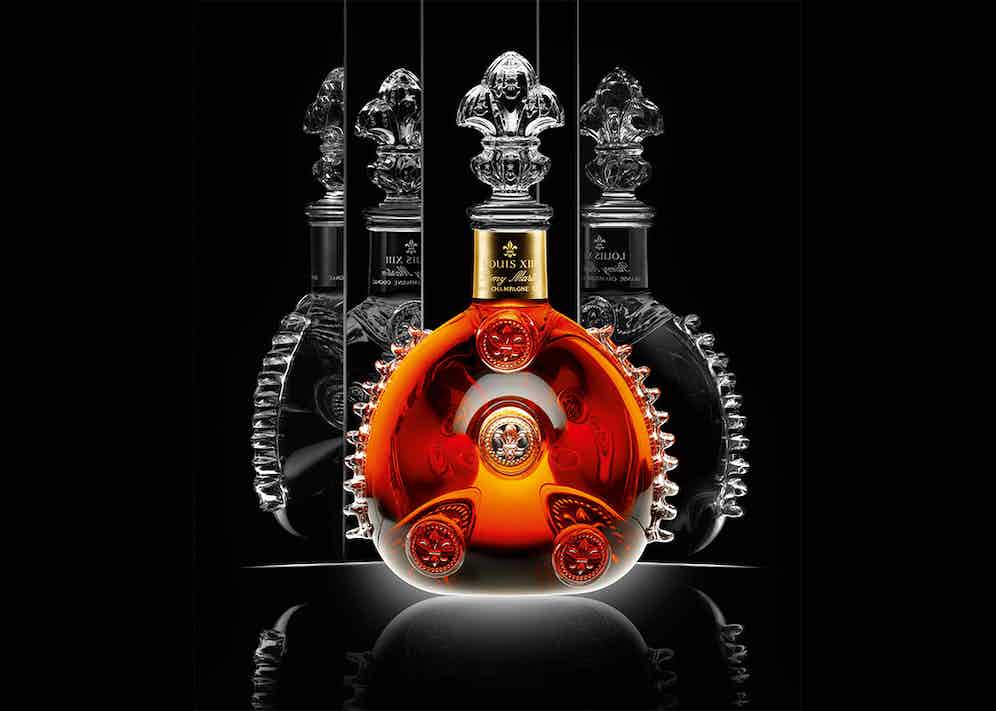 Precious few things last for one hundred years, let alone age well over that time - I’m only 23 and my hair is already trying to escape. A beautiful suit, even one that has been made to the highest of sartorial standards, might endure for 30 years, but will wear considerably over that time, losing the sharpness and cleanness of its lines. The lifespan of a luxurious automobile might just about make 100 years, but it’ll be in far from drivable condition by its centenary. Indeed, it’s more likely that it will be confined to the dusty pages of history as a static museum piece. Great artworks too, require huge amounts of financial investment and the regular attention of painstaking restoration in order to endure with a seemingly untouched appearance.

The exquisite creations of LOUIS XIII however, universally heralded as one of the most luxurious cognacs on the planet, are the exception that proves the rule. First created in 1874, the name LOUIS XIII pays homage to the French Roi, during whose reign the Remy Martin family settled in the Cognac region. Each and every decanter (the decanters in question are based on the design of a flask found on the 16th century battlefield of Jarnac), requires the exceptional skills of no less than four generations of cellar masters, taking over 100 years to marry and age into its most elevated state. The cognac itself is a unique blend of some 1200 eaux-de-vie, the youngest of which will be but a trifling forty years old. The spirit is aged in LOUIS XIII’s own tierçons – centuries-old casks designed to be packed in sets of three on the back of horse-drawn coaches, made from Limousin oak – the natural composition of which retains the perfect tannins and porosity to age the chosen eaux-de-vie.

With an exceptionally complex composition, the finished cognac combines serious top notes of myrrh, immortelle and the fruity richness of ripe plum with a floral touch of honeysuckle, underscored by the savoury flavours of leather and oak bark. In short, it achieves a depth and complexity un-akin to anything else that one might experience in the cognac oeuvre. It is, as LOUIS XIII so proudly states, a true expression ‘of the mastery of time’.

All of which, has inspired LOUIS XIII to undertake a unique artistic endeavour, one that reflects the founding values of this remarkable cognac. The house’s Global Executive Director, Ludovic du Plessis, explains: “Four generations of LOUIS XIII cellar masters put a lifetime of passion into a single bottle of LOUIS XIII, yet they will never taste the resulting masterpiece. As such, we sought to create a proactive piece of art that explores the dynamic relationship between the past, the present and the future.” 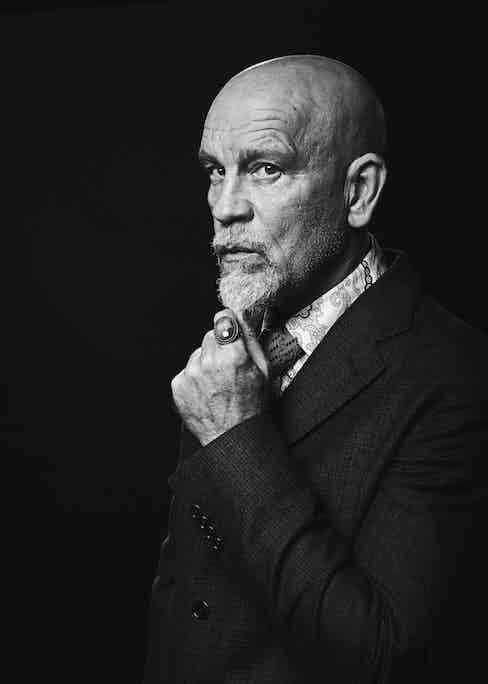 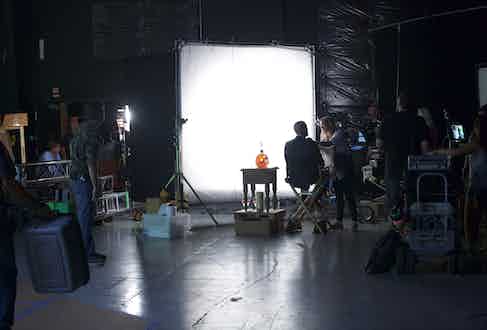 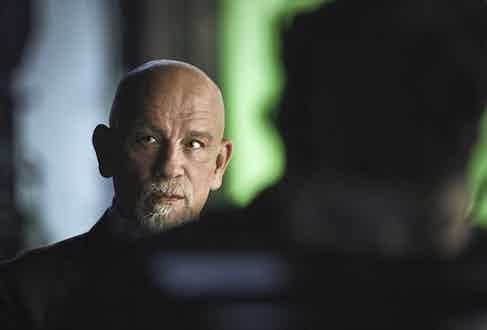 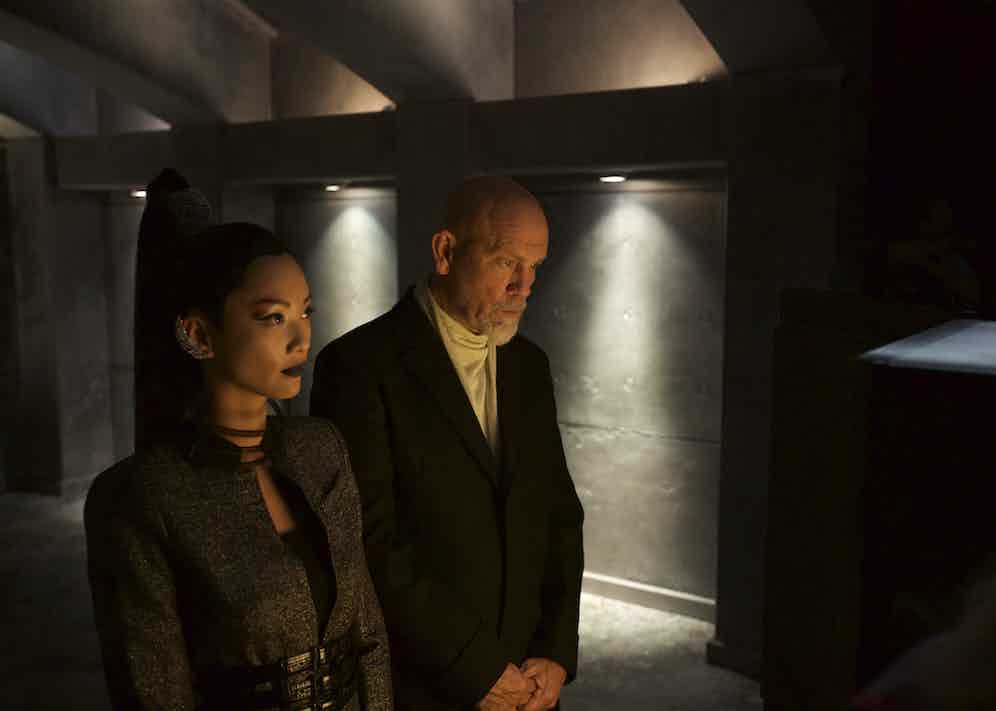 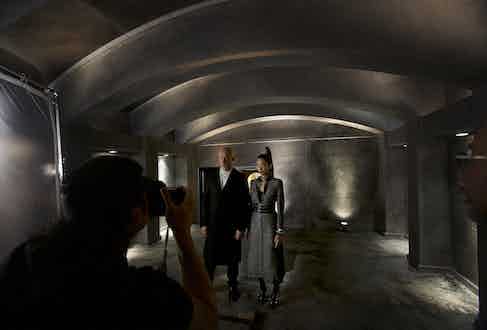 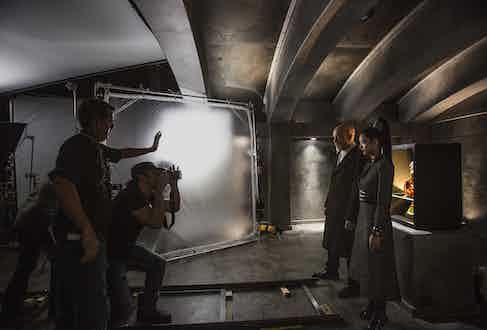 Who better to mastermind such a project than enigmatic actor John Malkovich, who developed an original screenplay for the project in question, collaborating with costume designer Nina Proctor, and with Shuya Chang as his side-kick on screen. He says of the project, “When I was first approached I really loved the idea. I mean, in a way I wish all the films I made wouldn’t have been seen for a hundred years. I don’t know how much that would change the way that they are regarded…”

A thought provoking work, the film explores (with the pensive Malkovich at its centre), how humanity’s future may well change over the next century, juxtaposing this transformative vision of the future against the enduring quality of LOUIS XIII Cognac. This is all we know, but what is clear from the three trailers that have been revealed (the first of which is below), is that the film has the potential to explore a number of different hypothetical visions of the future: one trailer imagines the earth as a dark, urbanised, over-populated world ruled by futuristic technology and another as a world post-Armageddon, in which the natural world has come to encroach upon shattered human civilisation.

The third envisages another form of impending Armageddon, a clinical world of concrete in which humanoid robots ruthlessly pursue a powerless humanity. It’s an intriguing series of visions, all counterpointed against the constancy of LOUIS XIII, which encourages the viewer to question those things which can truly be relied upon to endure. True handcrafted luxury it seems is one of those rare things that, at its best, is not subject to change. Even so, one has to beg the question, with the potential for human self-destruction that the teasers seem to hint at, whether this film shall ever be seen at all?

Let’s hope so. To ensure that the film remains secure until its allotted time of release, it has been placed into a state-of-the-art safe, which will open automatically only when it’s 100-year countdown is complete. One thousand high-profile guests from around the world have received an exclusive invitation to pass on to their descendants to attend the film’s official premiere, on November 18th, 2115, at the house of LOUIS XIII Cognac, the enchanting Domaine du Grollet.

So we’re awfully sorry to tease you, but unless you’re reading this with an invitation in your possession, the snippet below is probably all that you’ll ever see. Nevertheless, the film – when it emerges – will reflect not only the uncompromising commitment that is integral to the success of LOUIS XIII, but will serve as a timely reminder that true luxury is impervious to time.

Tempting though it might be, we feel that we really ought to remonstrate that Louis XIII is best enjoyed responsibly.