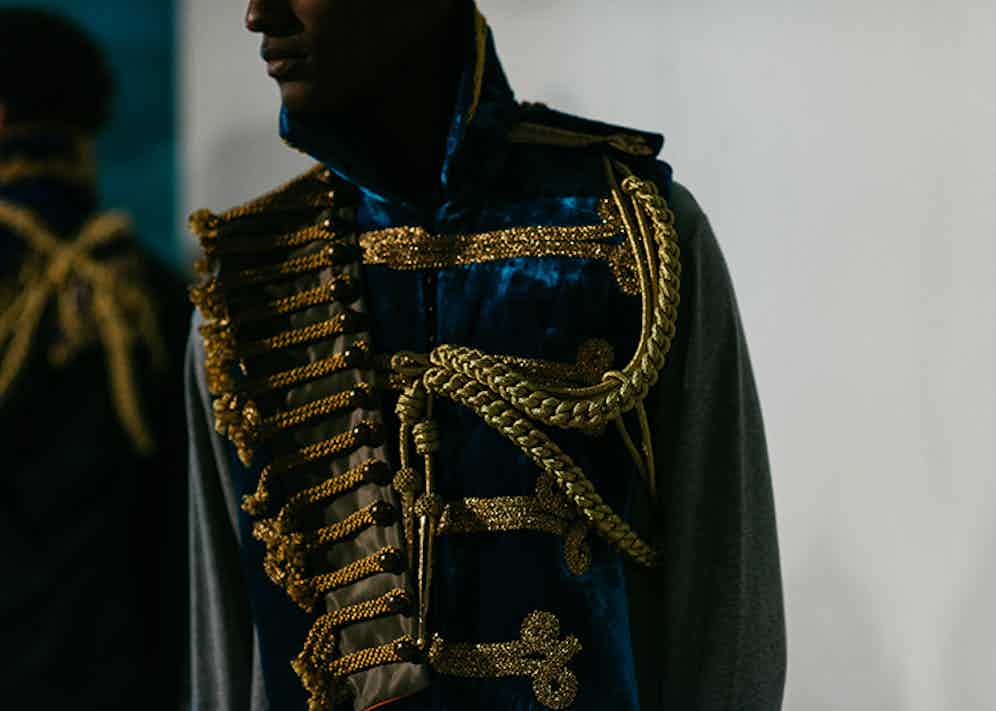 Autumn/Winter '16 featured a lot more suiting than usual which is something that has been missing since Charlie and his father became a duo. Both stamps are clear on the collection and their fusion is becoming more prominent as the seasons progress.

Distorted peacock prints and floral jacquards dominate the collection, slotted nicely in forms of eveningwear between flowing oversized fish-tail parkas. Casely-Hayford takes the idea of formalwear during the day seriously; styling shawl lapels with marl grey tracksuits. His prints, allows you to wear suiting for any occasion, pairing it as you please. Musically, Jimmy Hendrix has thrown his military hat into the mix, persuading a colour palette of olive green, charcoal and plum. Casely Hayford have also announced the beginning of a partnership with Sperry shoes this season. 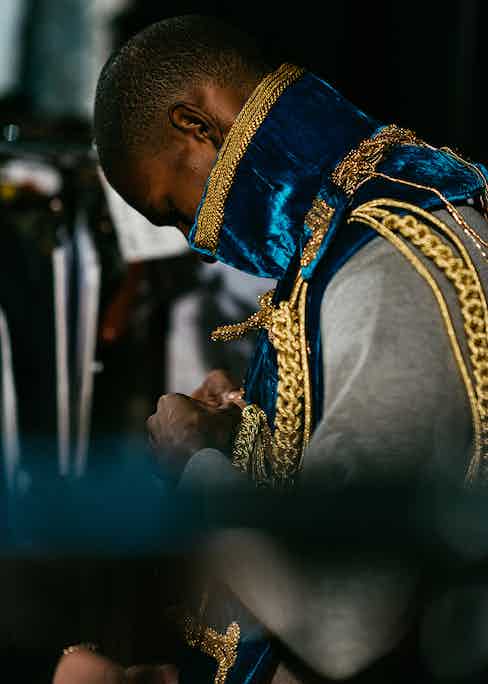 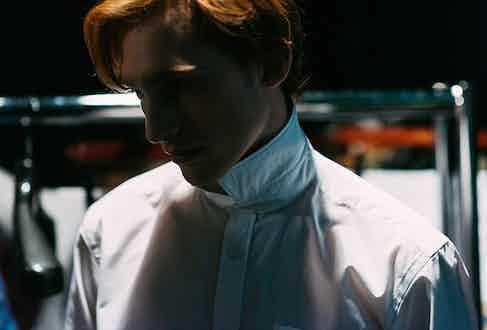 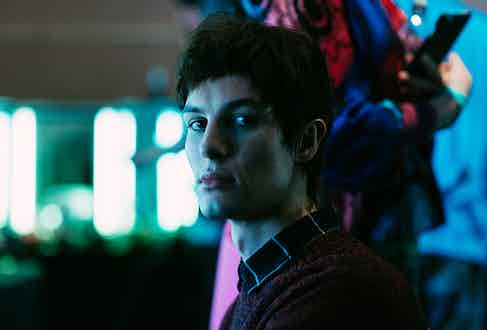 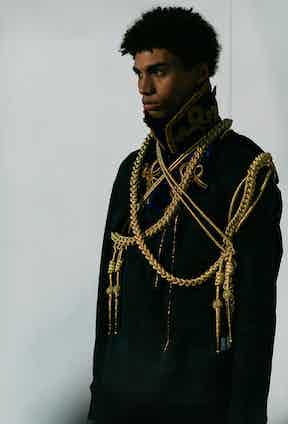 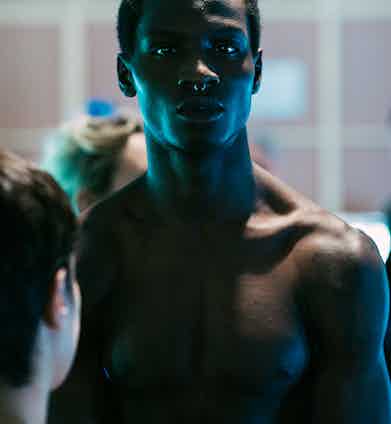 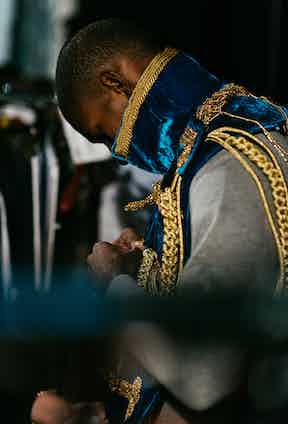 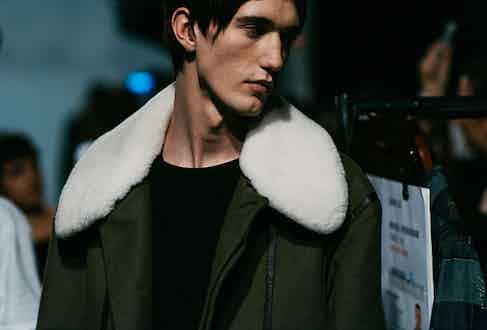 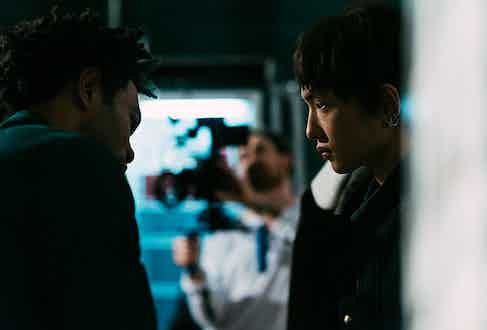 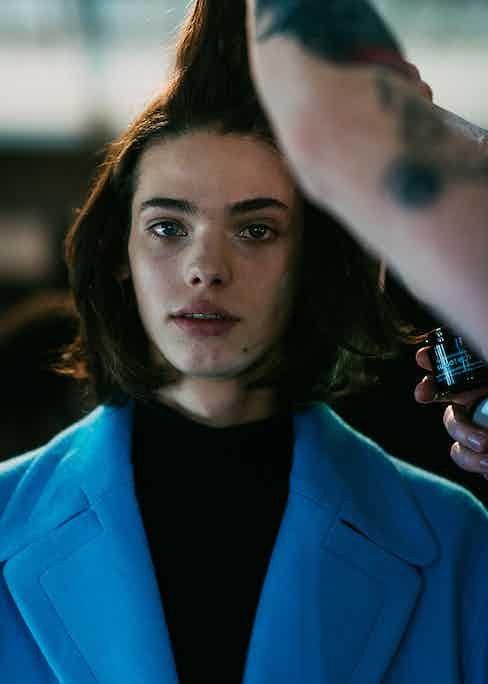 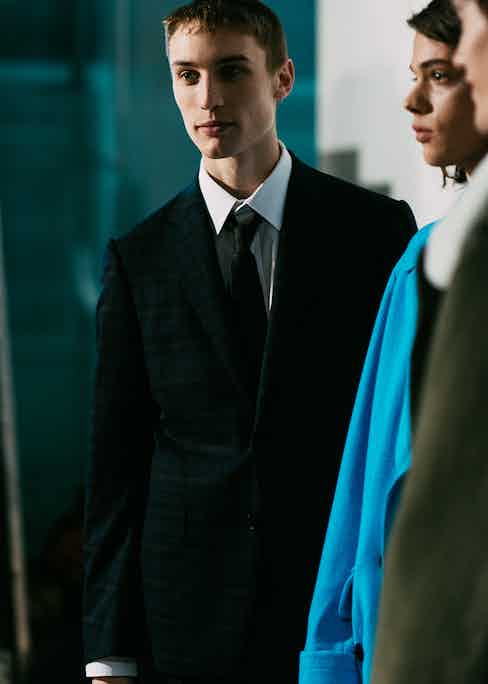