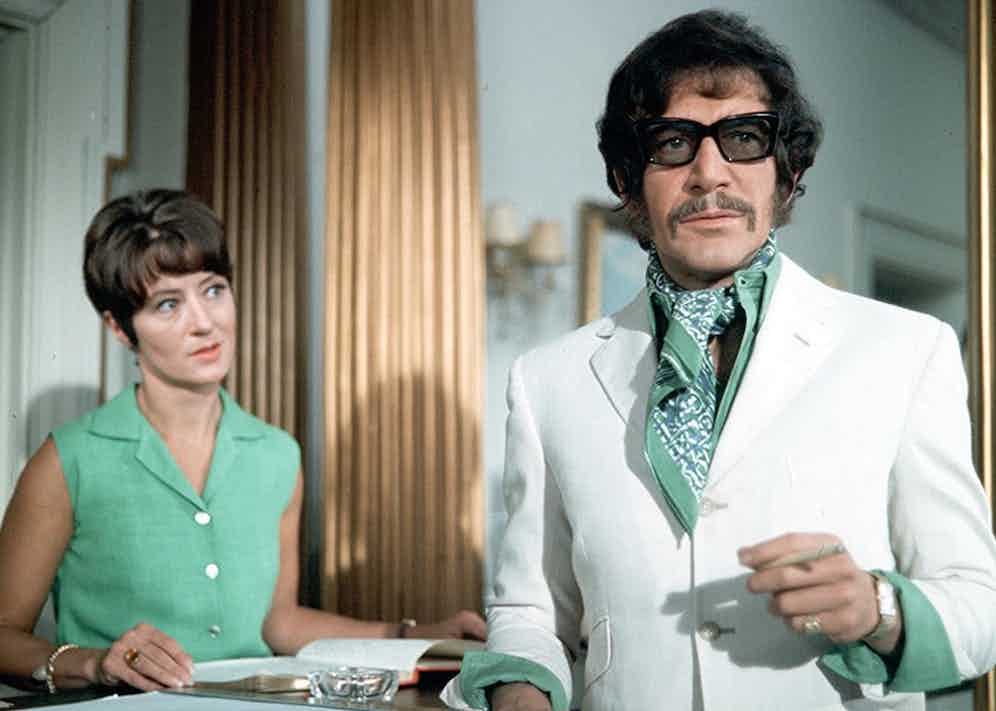 Actor Peter Wyngarde passed away on Monday 15th January 2018 at Chelsea & Westminster hospital. To my generation, he is best known for his performance as Klytus in the excellent and under-rated Flash Gordon. He also starred in some of the best television shows of the 1960s and 70s - Department S, Doctor Who, The Prisoner and The Avengers. But it was his role as Jason King that he is best remembered. A spin-off from Department S, Wyngarde played a writer/detective with a taste for the finer things in life, the quintessential ‘seventies sybarite’. It was very much an extension of his own personality and his refined tastes can be seen in some of the magnificent tailoring he wore in the show. Long jackets with deep vents and wide lapels in sumptuous fabrics, waistcoats with exaggerated peaks and perfectly proportioned high-waisted flared trousers. Although cut in quite an extreme manner, they are all perfectly balanced for his svelte figure and particularly well-made. You can’t imagine the epicurean Mr Wyngarde accepting anything but perfection and I am sure that his tailor had a special rail for his 'failures'.

Wyngarde would wear his suits and blazers with pastel coloured shirts and tonal ties and whilst his shirt and tie matched, his pocket square never would. His shirt collars were deep with dramatic points and his tie knot was impressively large and loosely tied. When not wearing a tie, Wyngarde was not afraid of showing a little chest hair and would unbutton his shirt low and add a neckerchief. His trademark was folding the cuffs of his shirt over his jacket sleeves in the most perfectly louche manner that would give any Pitti Peacock a run for their euros. His style is not 'tongue in cheek' and whilst he was certainly referenced in the 1990s Austin Powers franchise, it is incorrect to say he was the main inspiration for the character (Peter Sellers role in There’s A Girl In My Soup has that honour). An ill-advised LP and some indiscretions prevented him from obtaining future roles that would have fulfilled his potential, but he remained fiercely loyal to his legion of worldwide fans who enjoyed his irreplaceable wit, charm and elegance. 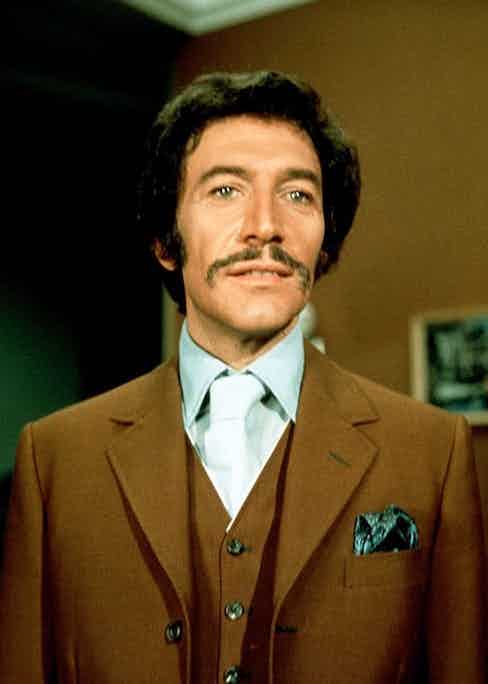 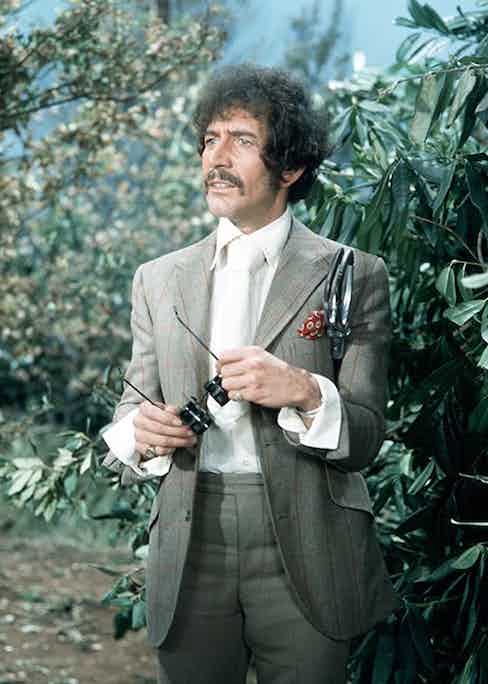