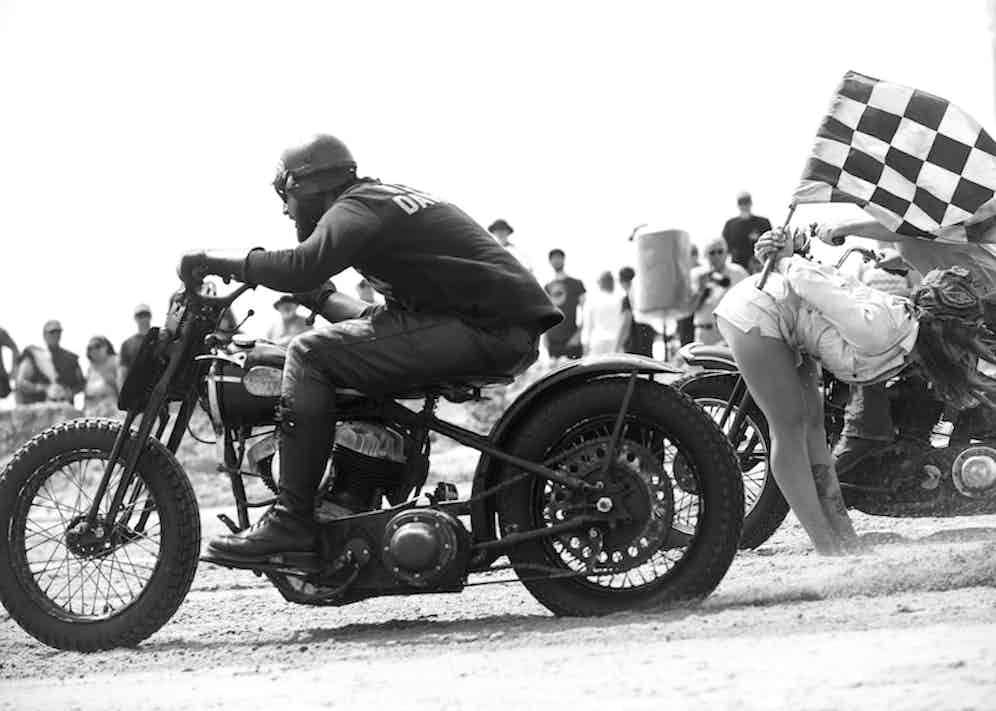 Attending The Race of Gentlemen I expected racing. What I found instead was that unique breed of man that propels himself into the space beyond comfort, and often control, to conquer his own personal frontiers, to reap the rewards of what could be learned of himself in the arena.

Squint and the starting line of The Race Of Gentlemen could be a Jack Vettriano painting. A low tide laps at the feet of a spectacled gentlemen in immaculate morning tails and top hat as he steadies two leather clad racers on stripped down 1920s Harleys. A Debussey arrangement is cut at the apex of the starting flag’s decent, both riders fight through a flurry of fishtailing sand to tuck chin to tank through to the finishing line a 1/2 mile farther down the beach.

In this age of few tangible barriers, with every sea and scrap of land not just claimed but populated, men continue to seek out challenge and danger. The frontier they strike out across is not a spacial, but a personal one. The Race of Gentlemen proved to be a magnet for this rare breed, they race themselves, for themselves; no trophies, and often no helmets required.

It’s a personal belief of mine, that how men face themselves, before the first flag or shot, is how they will face each other. Matt Walksler roared with laughter, jabbing at other racers, leaned forward on his bike as if the handlebars were restraints. His eyes never left the horizon. “Sushi” Atsushi Yasui stared at some place beyond the finish line, without a glance at his cigaret. He shut his eyes for a moment in prayer or meditation. Justin Walls kept to himself, behind the other racers, one hand braced against his tank as you would the tense flank of a horse.

I talked to Mike as he prepped for the morning’s first race; “Its a lot more fun to ride a slow bike fast then a fast bike slow” he says, a quip that drives at the drive of the men behind the wheel. They have built, raced and crashed to pieces these ancient wrecks time and again, because they don't believe these machines are suited to the domain of museums “they are built to run, to be beat up, to be used.”

"They have built, raced and crashed to pieces these ancient wrecks time and again, because they don't believe these machines are suited to the domain of museums..."

The racers have spent a year preparing the bikes to race, to pit machines that would be welcome in any collector’s portfolio against each other at top speed, in the salt and sand of the New Jersey shoreline. Nearly every vehicle breaks down during the two day event, every single one requires maintenance between heats.

Justin Walls marched his stalled bike with great élan back down the 1/2 mile to the pit, greeted by the cheers of an encouraging crowd as he pushed his bike on through the sand. “Sushi” Yasui did not take home any medals but did depart back to Japan with two new hot rods, and was seen drowning out one’s throaty exhaust with a far from stoic shit-eating grin on the road back to NYC.

Matt Walksler again said it best, “while you’re racing someone else, you’re really racing yourself, in the sense that every-time you go faster, you also want to keep pushing forward, to measure your success against yourself.” The virtue of the racers - win, lose, flag or flames - is that each man is above all else in a race against himself, with no greater reward than his own honour as a sportsman at stake. Matt went home draped in two first place flags, the champion of The Race of Gentlemen.

Between the line-up and the down of the flag each man stares at the horizon, and decides to blink or burry the back tire. In this The Race of Gentlemen is like any other, but in the dedication of its contestants to self-study through challenge, it is unlike any other race on earth. 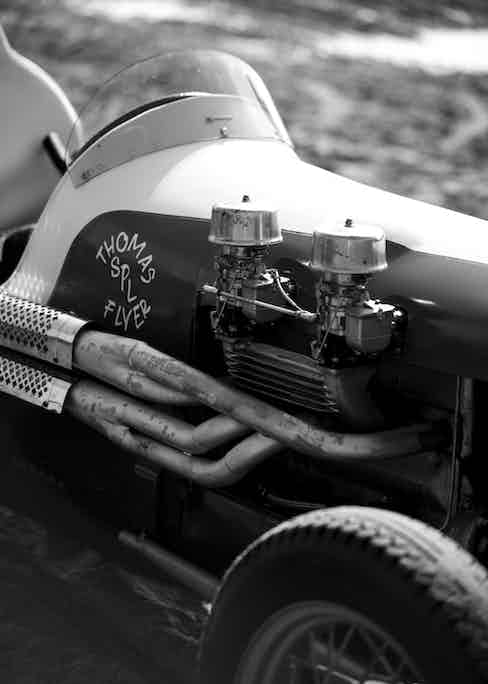 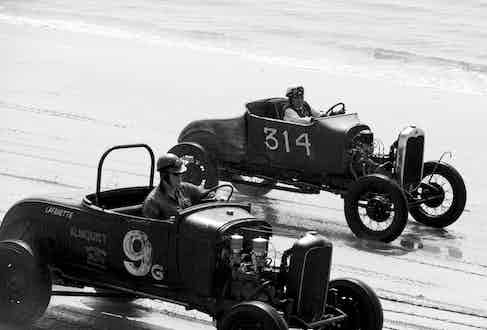 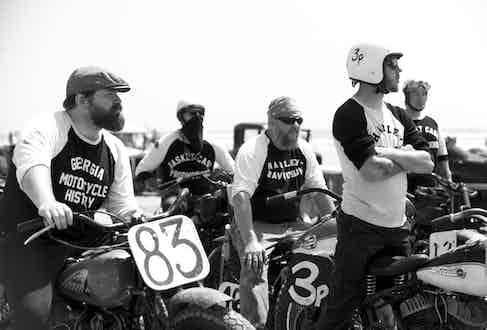 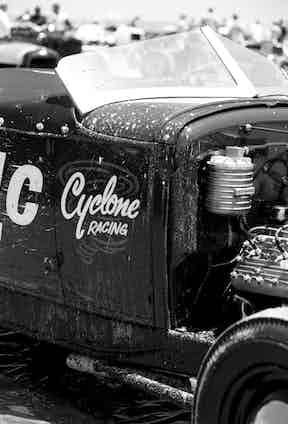 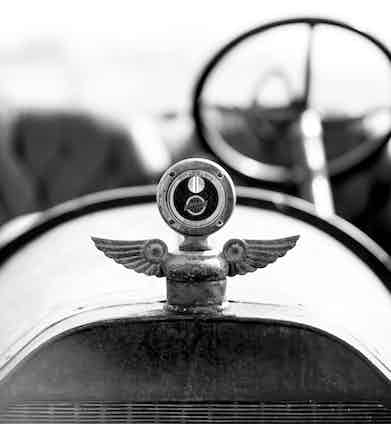 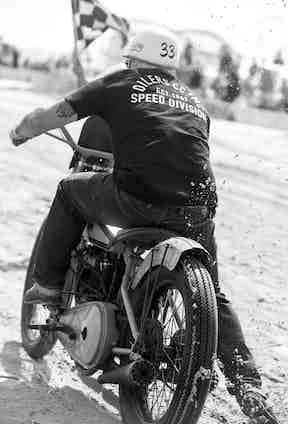 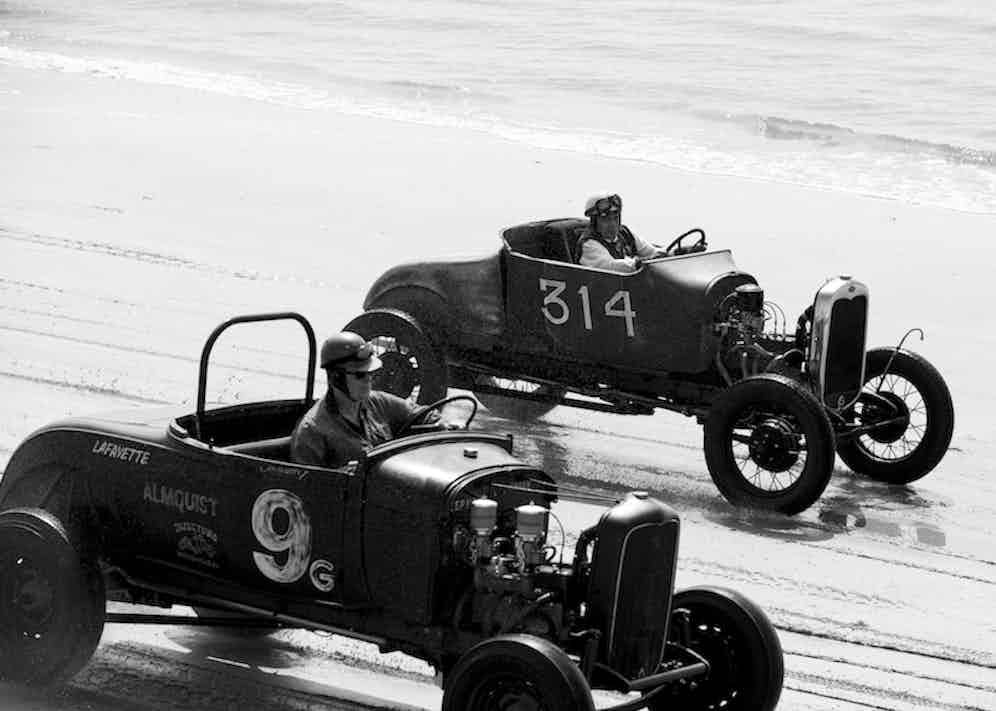 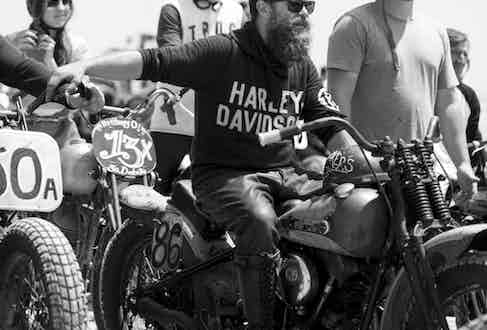 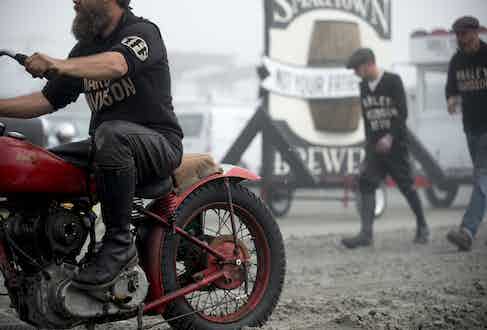 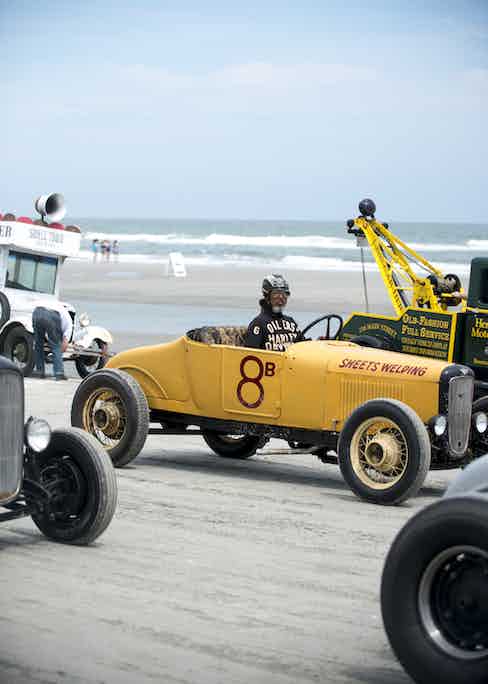 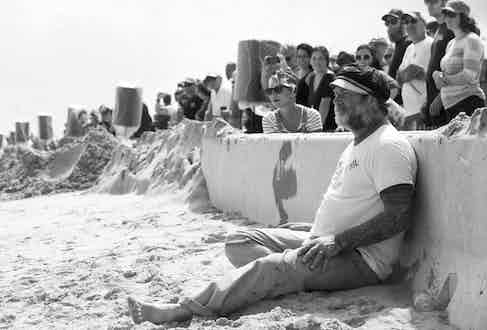 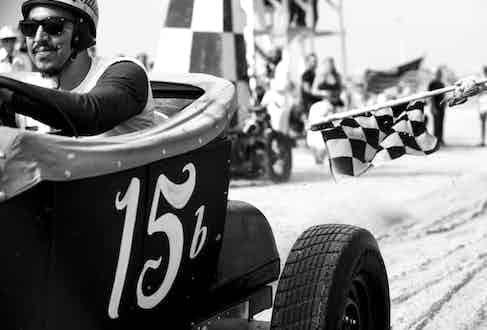 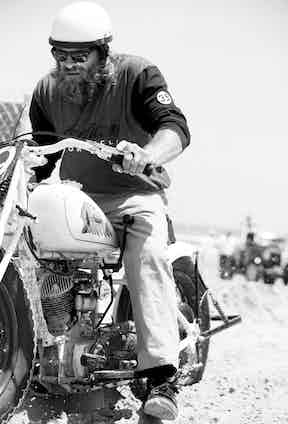 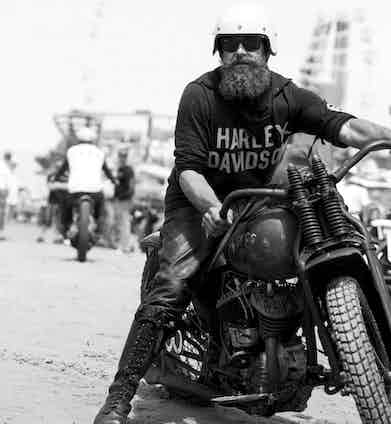 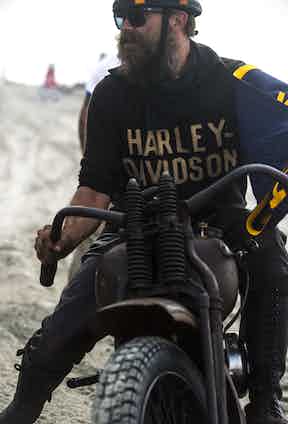 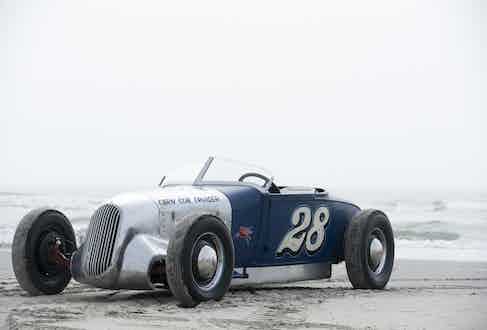 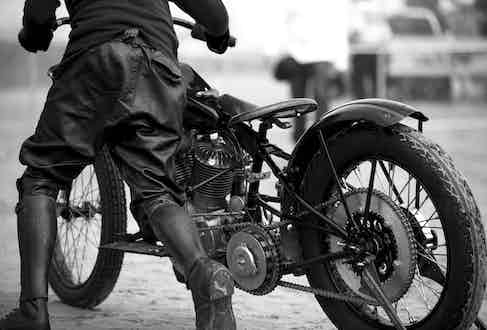