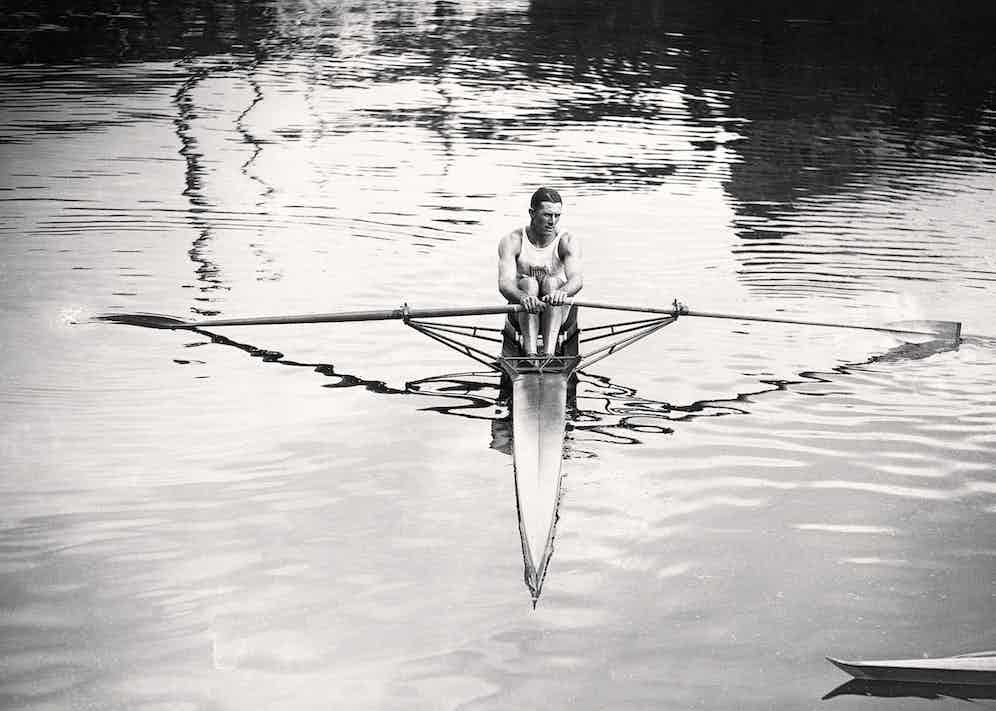 John B. Kelly Sr., shown rowing his sculling boat at the Antwerp Olympics, 1920.

The opening ceremony has been formally opened by the infinitely suave, Emperor Naruhito. A slightly scaled down affair, producers have ensured that the choreography in no way overlooks the beauty of the Japanese aesthetics. Despite the surreal, cavernous stadiums for the athletes to perform in, the Olympics as we know it today, thanks to the efforts of Baron Pierre de Coubertin, is still the pinnacle of sporting competition. Contenders have been building up to these Olympic Games their whole lives, and despite the hoops they have needed to go through, it is remarkable that this Games is as hotly contested as any before it. Often billed the marquee event, the men’s 100m will see the impressive Trayvon Bromell try and follow in the footsteps of Usain Bolt, whilst Britain’s fastest woman, Dina Asher-Smith will certainly push two-time 100m Olympic gold medallist Shelly-Ann Fraser-Pryce close.

The Olympics stands for so much more than gold medals though. Firstly, its symbol, the five rings represent the five continents of the world. The Olympic motto was: Citius, Altius, Fortius, which is Latin for “faster, higher, stronger”. Coubertin said of this: “These three words represent a programme of moral beauty. The aesthetics of sport are intangible.” Added by the International Olympic Committee this year: “Together” joins the motto, which is a lovely ode to the most important thing in the Olympic Games, the participation in it. It is why unlike any other sporting event; the most extraordinary and unique stories are created from its platform.

It is also not just the Olympic torch that gives the Olympics flair, there have been countless Olympians of rakish appeal who have stamped their mark on and off the track. Here we take a look at five of the most stylish Olympians.

Muhammad Ali was born and brought up in Louisville, Kentucky. He began training as an amateur boxer aged 12. At 18, he won a gold medal in the light heavyweight division at the 1960 Rome Summer Olympics and turned professional later that year. It is not just his boxing affiliation in the Olympics that has inspired the world. When he stepped into the spotlight to light the Olympic cauldron at the 1996 opening ceremoney, he was simultaneously battling Parkinson’s disease. After lighting the torch, Ali told the Washington Post “God gave me this physical impairment to remind me that I am not the greatest. He is.” He was, however, a very smart dresser, often appearing often appearing in bowler hats, whilst his suits were certainly tailored by the best. He may have divided opinion in some circles, but you can’t dispute his status as a civil rights and social justice champion. 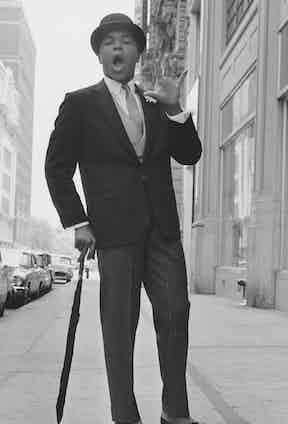 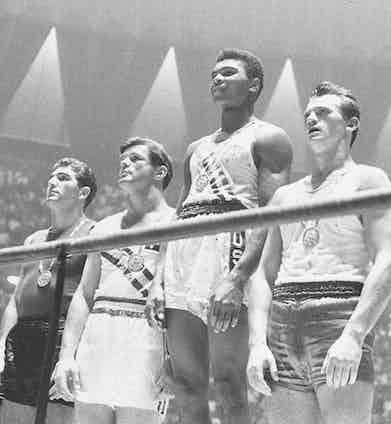 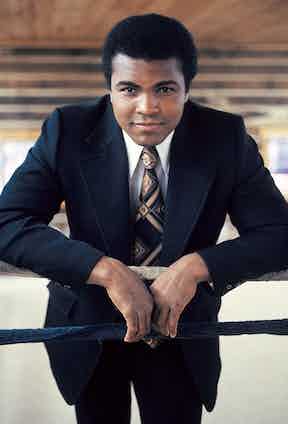 When Grace Kelly, legendary beauty, classic Hollywood star and Princess of Monaco, was asked if she would write an autobiography, her reply was telling. “No,” she said, “but I would like to write one about my father, in which I am only a postscript.” A self-made multi-millionaire, influential politician and classic American patriarch, John. B. Kelly was also the greatest rower of his time, winner of three Olympic gold medals. Until his retirement in 1924 he dominated the sport at home and abroad, and remains the only rower in the U.S. Olympic Hall of Fame. 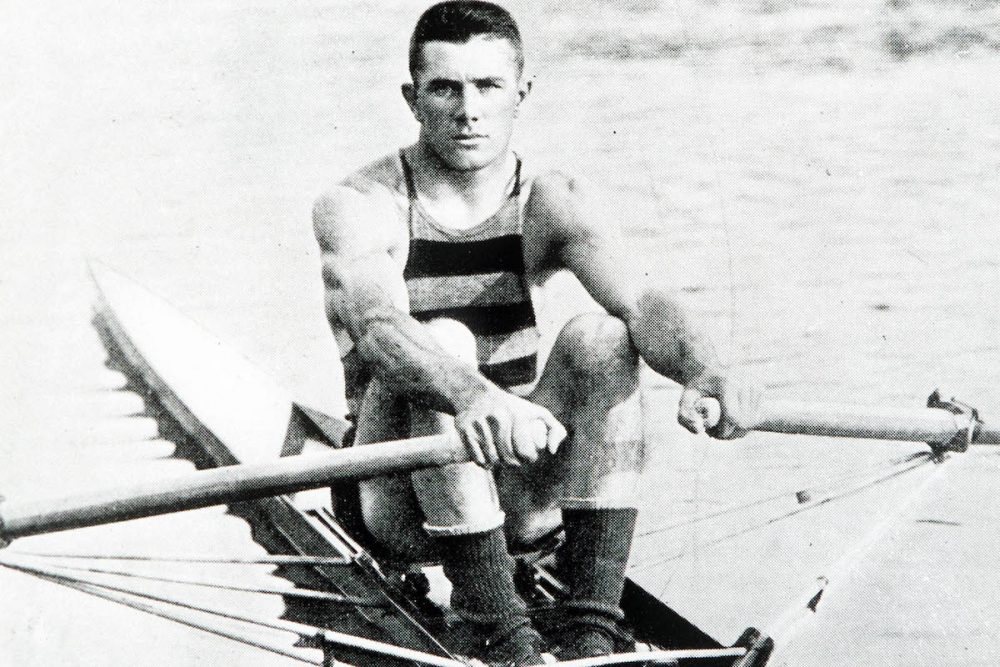 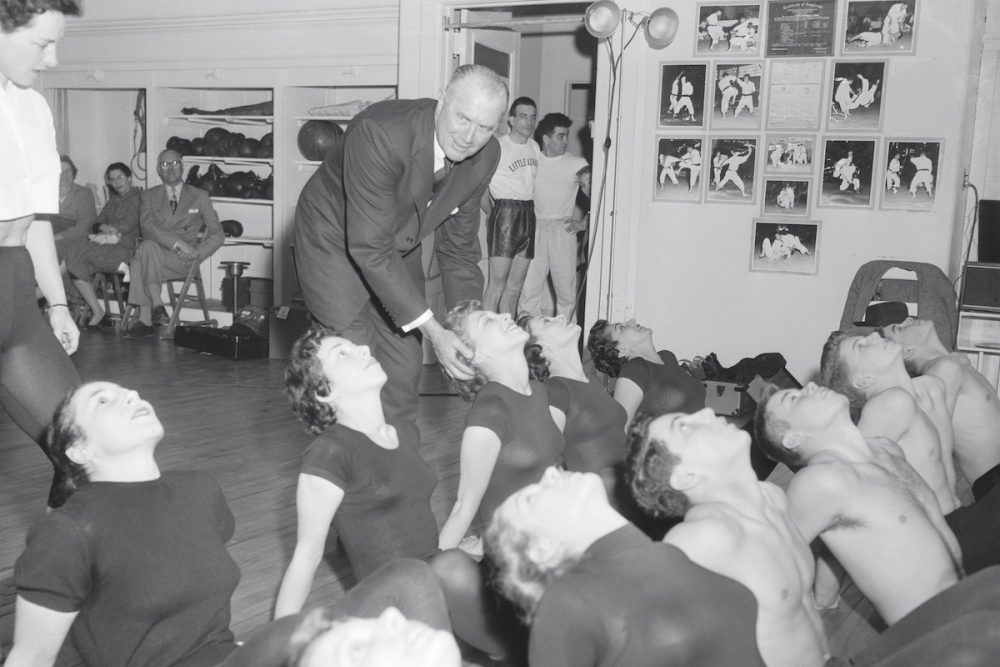 John B. Kelly, father of the movie star Grace Kelly and a former Olympic rowing champion. (Photo via Getty)

Best recognised for his unorthodox upright running style on the track, he was a cool dresser on and off the track. There were his famous metallic-gold running spikes in Atlanta 1996, the year he achieved pure greatness, by becoming the first athlete in history to win the 200m and 400m gold medals at a single Olympic event. With his thick gold chain, neatly trimmed moustache, and perfect physique, Michael Johnson was a force of style, whilst he also embraced the smart-yet-louche loose-fitting suits that were popular in the 1990s. 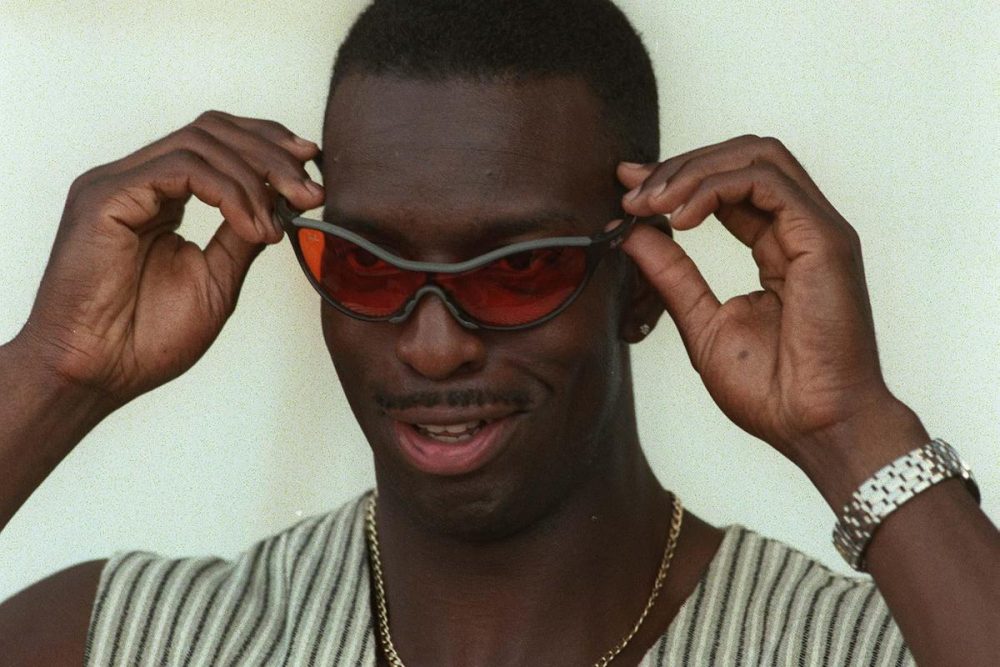 Owens exploded the Nazi-propagated myth of Aryan racial superiority when he won four athletics gold medals at the 1936 Berlin Olympics under the nose of Adolf Hitler. More than just the stories and urban legends from those days in Berlin, it is undeniable that Owens had an impact that went beyond just that of an athlete competing at the Olympics. His is a story that inspires even in the 21st century. 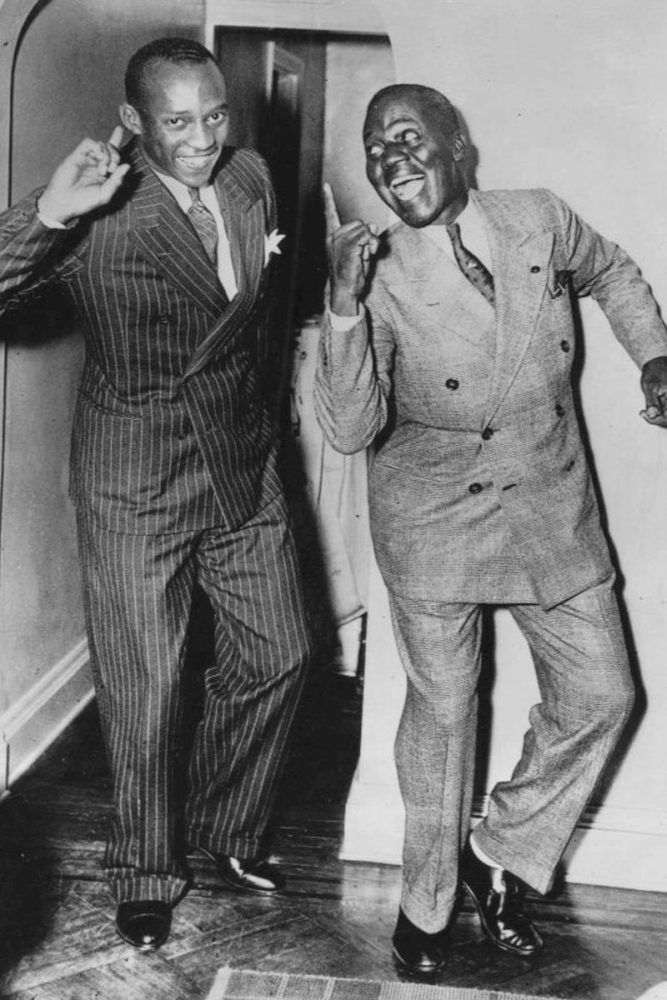 Not an individual in this instance, the cream suits worn by the Japanese Olympic team in Rome, 1960, must be the most chic and elegant Olympic uniforms of all-time. The breast pocket features a neat Japanese Flag, whilst the straw hat and white shoes ensure the outfit remains impeccably refined. 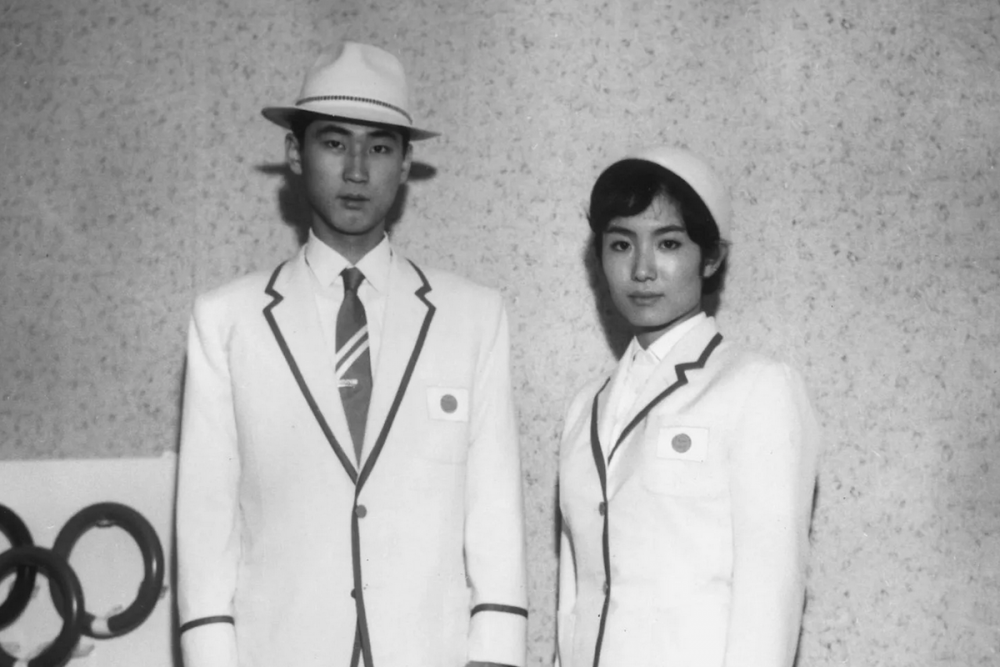