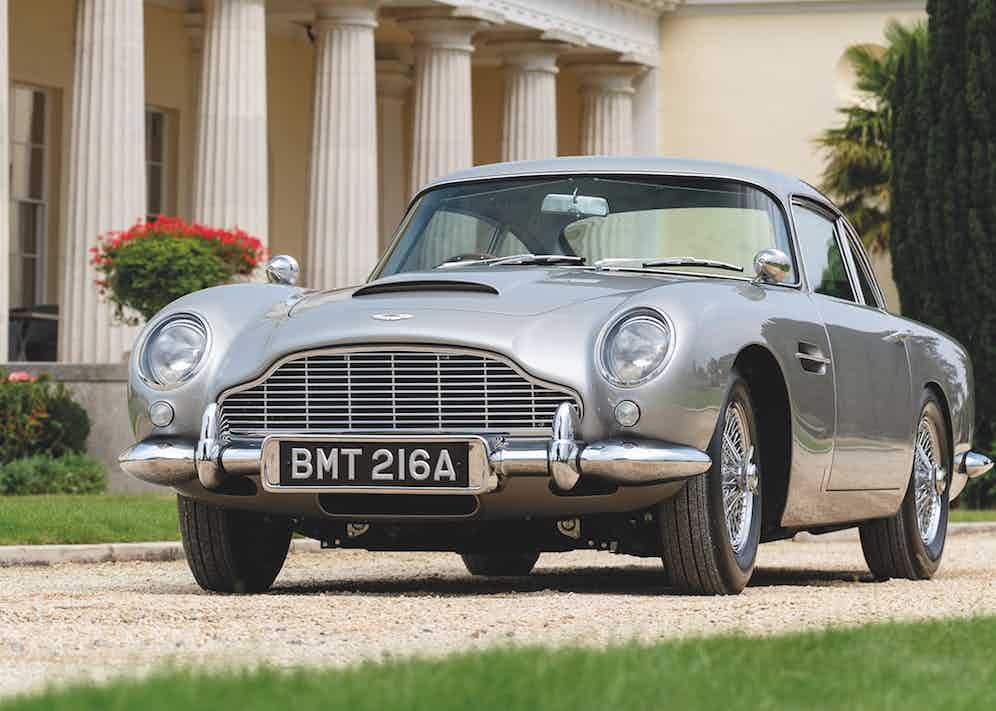 I have got myself into a bit of a corner. Over the years I have written several stories that have bemoaned the overuse of histrionic language in the luxury industry. People have taken liberties when using terms such as bespoke, artisanal, luxury, tailored, and of course the grandmaster of hyperbole, iconic. I think, because the industry is rather niche, each brand knows it has to create something that stands out among a large crowd with a limited audience. They all strive to create something ‘iconic’, which pierces the objective materialism of what people are buying and plays with the subconscious to invigorate the part of the brain that feels joy, exhilaration, and even arousal. Comrade Castro managed it with Cohiba; Rolex managed it by, well, being Rolex; and Henry Poole did it by creating the dinner suit.

However much I try to avoid using the term ‘iconic’, there is a worthy recipient before me: the Aston Martin DB5. It is a car that makes the aesthetically minded consider that perfection is possible. Imagine outshining James Bond, the most iconic character ever rendered on celluloid. Anyone who went to see Skyfall will remember the collective gasp when the car made its reappearance, a gasp replicated only when Daniel Craig first put on a dinner suit in Casino Royale.

So when I was given an invitation to try out Aston Martin’s DB5 Goldfinger Continuation, a limited edition of 25 cars with all the gadgets from Goldfinger, I knew that were I to pass on it, the opportunity would never come again. Off I went to the Aston Martin Works factory in Milton Keynes. 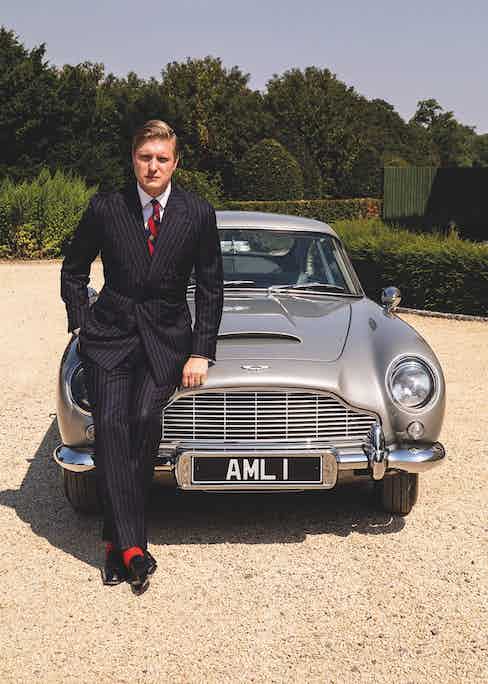 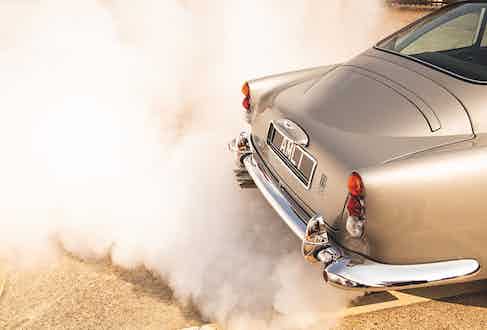 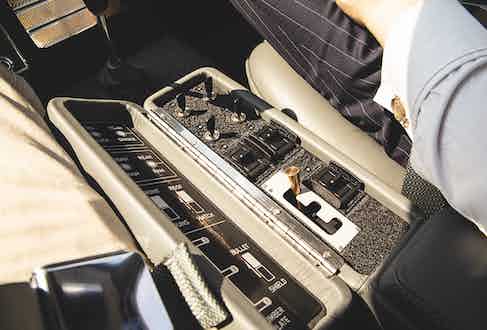 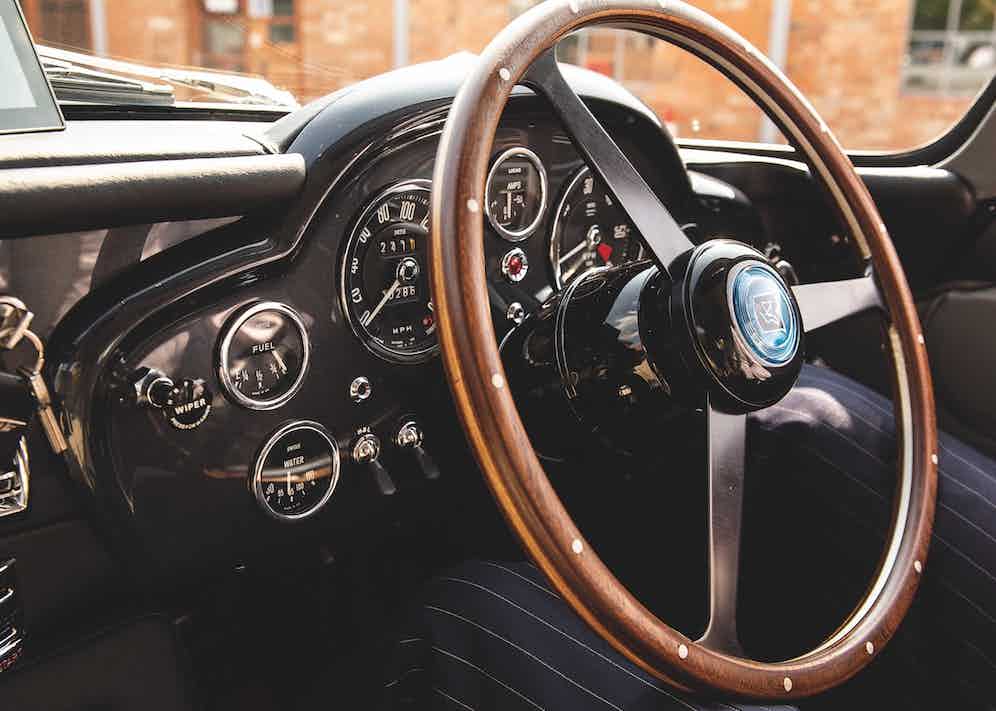 I should say that by no means am I a petrolhead. I still don’t really know what torque does; the difference between litres of engine and number of valves is something I can explain about as cogently as FX trading. The reason I don’t think that is useful in this scenario is that this car is not about unleashing one’s inner boy-racer — in fact, in comparison with the new DBX, a car twice its size, it is comparatively leisurely. It is about unlocking the boyhood dreams of would-be buyers who fall in love with the whole package and the fantasy it represents. Take, for instance, the gadgets. The spinning licence plates, the bulletproof shield, the water spray, smokescreen, battering ram, ‘machine gun’, even the enormous aerial: it’s all here. They aren’t going to get you in the good books of the DVLA, but, much like with Breitling’s Cospas-Sarsat system in the Emergency watch, the fact it is there makes it unbearably seductive even if it can’t be put to use (at least, for the Breitling users, let’s hope not).

The fact this car has been made is, in itself, a miraculous feat. The initial run of the DB5 was small — just over 1,000. So, yes, a new tranche of gadgeted DB5s is one thing, but the engineering required not to make it a 2020 DB5 (but one that is authentic to how it would have been in the sixties) is extraordinary. For example, consider the sound . Back in the day, the grumble that came through the bulkhead would have had engineers scratching their heads to try to suppress it. These days there are very few engineers who would have been trained in using materials that allowed sound to come in, so they would have had to go against their better instincts to make sure the gurgling baritone engine came through sufficiently. The next is the driving experience. Power steering, ABS, traction control and roll and drift have become the preserve of the classic car market, and, as with the noise, the skills that allowed for this type of engineering, particularly the roll, are very difficult to achieve, not to mention extremely expensive to pull off. A lot of money could have been saved by making a modern car that looked like an old one, but Aston Martin’s dedication to authenticity, and their reverence for the client, made sure they provided exactly the experience you’d want from the original once the ignition key is turned. In fact, to put things in a clearer context: the modern DBS takes 220 hours to build, whereas the DB5 Goldfinger Continuation comes in at a monumental 4,500 hours, with 500 of those being on the metalwork alone. 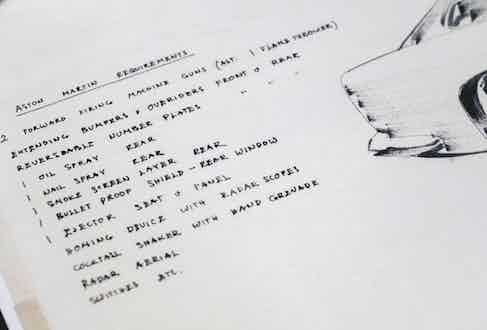 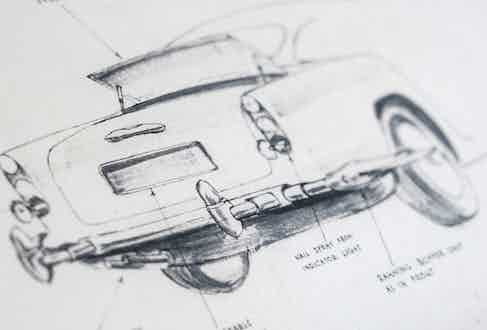 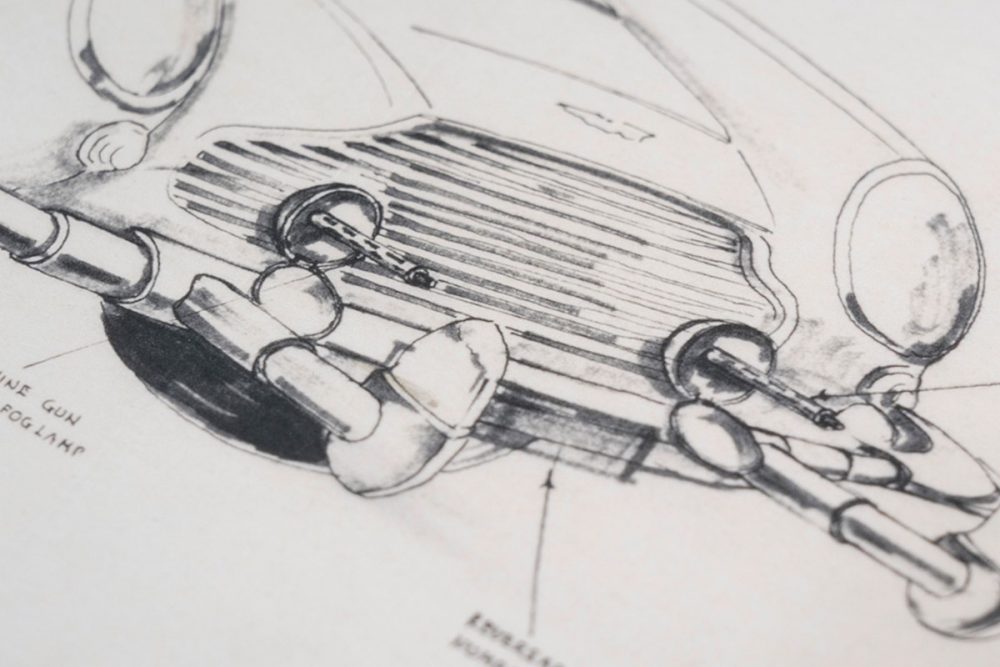 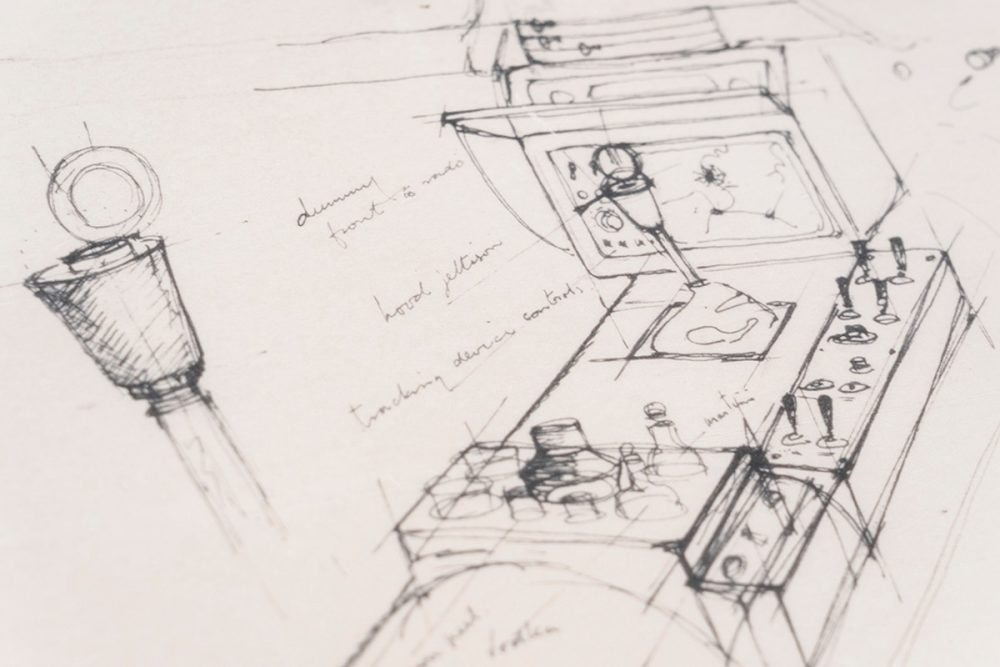 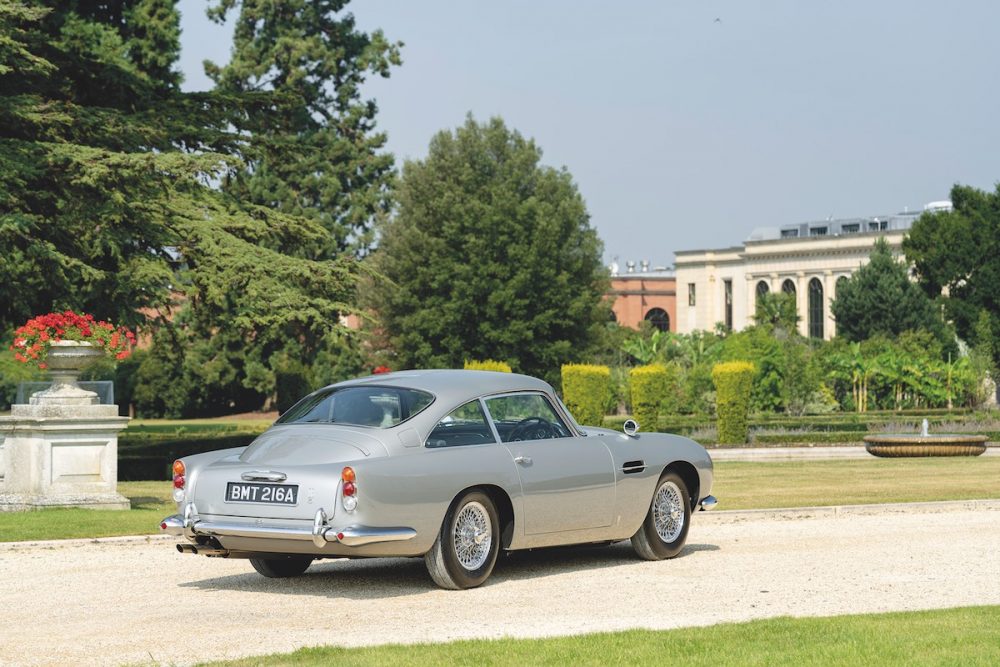 The finished product at Stoke Park.

Driving this car is, like with most classic cars, intentionally analogue. It doesn’t use the intuition of modern computer-managed cars, which is what the driver needs to bring to the table. The country lanes between Milton Keynes and Stoke Park in Buckinghamshire were perfect for registering the car at a leisurely trot or roaring gallop. No, it’s not able to achieve the speeds of more modern cars, but the experience is not about pure speed, it’s the multi-sensory experience, the smell of the engine when you pick up speed, the noise, the feel of the wooden wheel and slender gearstick, and of course the sight of one of the best-looking cars ever created. If it weren’t for the price tag (£2.4m before tax), I’d have been tempted to be more gung-ho: it could definitely take it, though by the time I arrived at Stoke Park, the location of James Bond’s game of golf with Goldfinger, I had definitely seen what she was made of, and it made me want more.

This is a masterstroke by Aston Martin, a brand very much looking ahead. The aforementioned DBX has given them a much-needed chance to join the SUV market, and with a Formula 1 team on the horizon, the future is bright. With this Goldfinger Continuation, Aston Martin have shown that the past is equally luminous. And iconic? You bet.