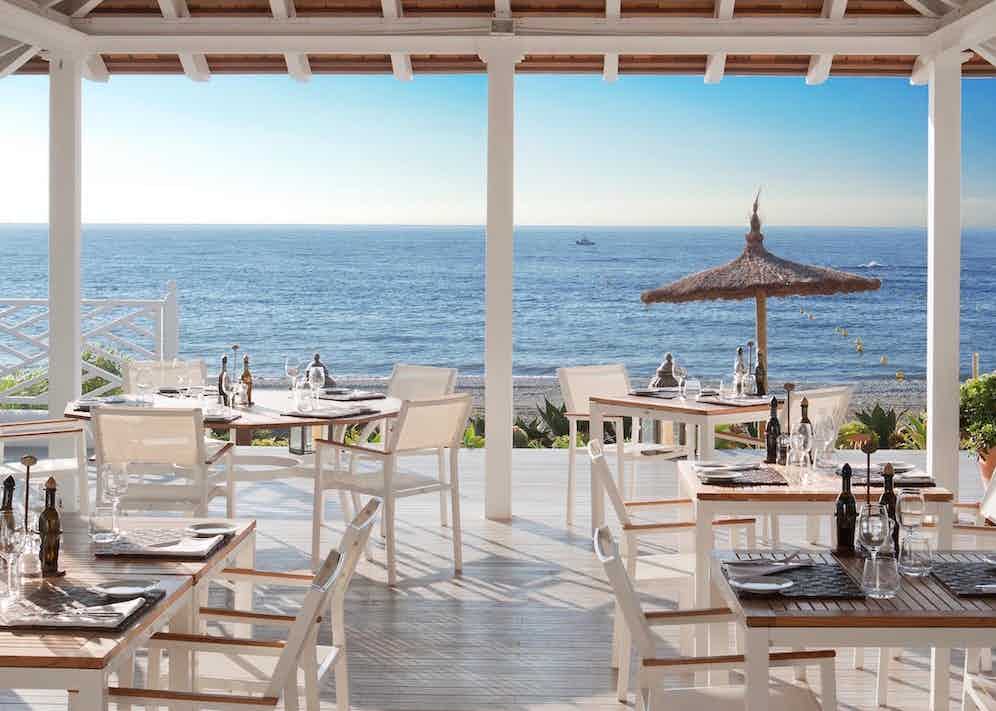 The small Andalucian village of Casares rests between Estepona and Sotogrande, recognisable from its whitewashed properties scattered down the hillside like spilled sugar cubes. The story goes that upon encountering the baths of nearby La Hedionda, Julius Caesar’s liver complaint was cured by the healing powers of the sulphuric water, and thus the village’s name was born.

My own visit to Casares had no such effect on my liver, in fact - at the mercy of Finca Cortesin’s exceptional wine list – it had quite the opposite. Located just over 10km south of Casares, Finca was completed in 2009. Inspired by an exotic blend of local architecture and late interior designer Duarte Pinto Coehlo’s previous clientele (Spanish princesses and Indian maharajas among them), the hotel is reminiscent of a palace or monastery rediscovered. No surprise, considering the huge, heavy doors from an ancient Portugese monastery (“we chose the doors, then had to build the space to fit them” General Manager Rene Zimmer explained), millennia-old olive trees, the antique art collection and décor flown in from a Moroccan riad.

That said, it is a place of immense calm and comfort rather than unnecessary decadence. The first thing you notice is the abundance of open space; it’s hard to resist the urge to run, childlike, through verdant courtyards in search of infinite hiding places and secluded alcoves. The soaring ceilings, soft furnishings and abundance of light create a peaceful ambience that, rumour has it, has true rakes like Sir Patrick Stewart returning time and again.

One of Finca’s three restaurants, Kabuki Raw delivered on its Michelin star promise of Japanese-Andalucian fusion cuisine. ‘Kabuki’ refers to a type of Japanese theatre that combines song, dance and skill, and with an open kitchen, it was hard not to be completely enraptured by the performance of the expert chefs headed up by Luis Olarra. A fifteen-course tasting menu flawlessly blended seafood sourced daily from the local fisheries and organic vegetables grown on site at Finca with flavours of the Orient. Traditional nigiri had a creative yet uncomplicated approach; the smallest (and most perfectly cooked) fried quails’ egg you’ve ever seen, baby organic carrots, miniature steak tartare - the simplicity of each dish deceptive, packed with flavour and culinary skill as it is. Consistent with the theatrical inspiration, the courses are divided into four ‘acts’, each bringing a culinary plot twist worth waiting for. 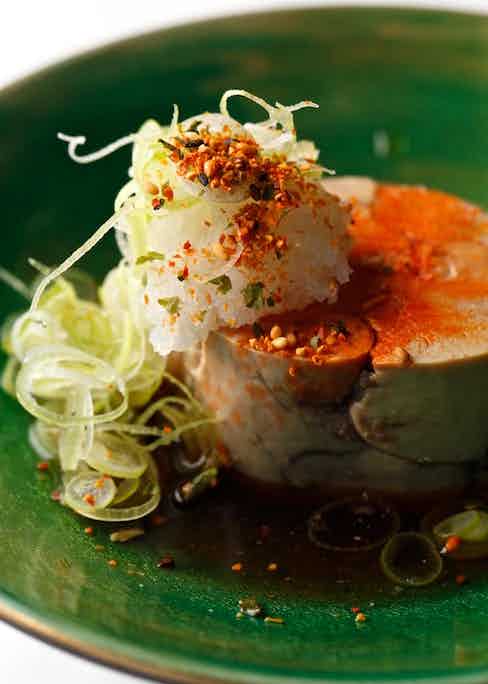 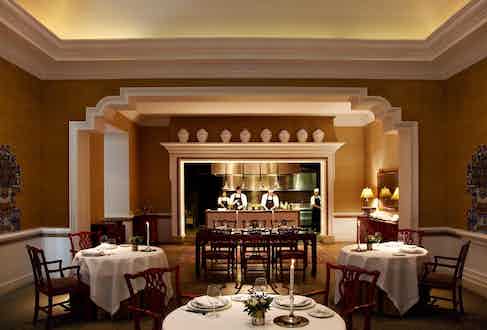 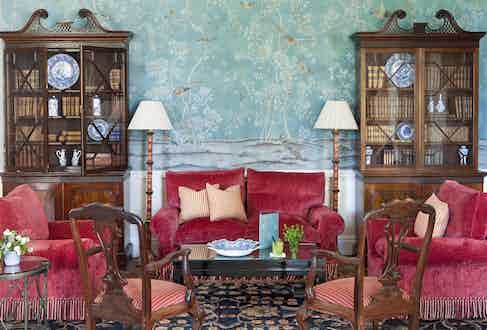 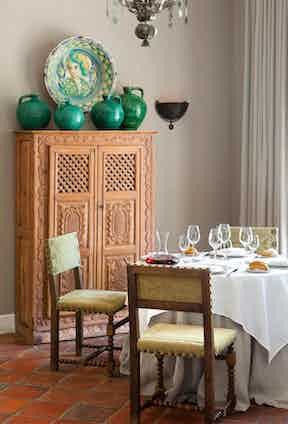 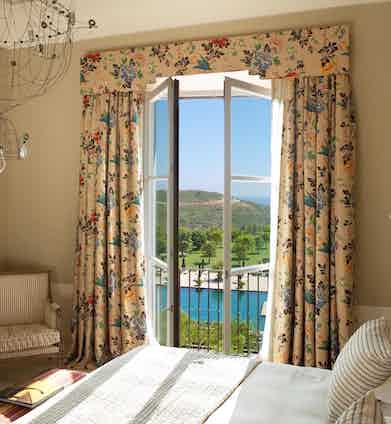 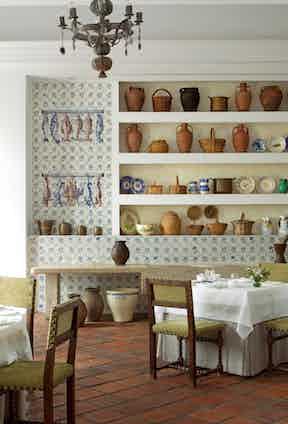 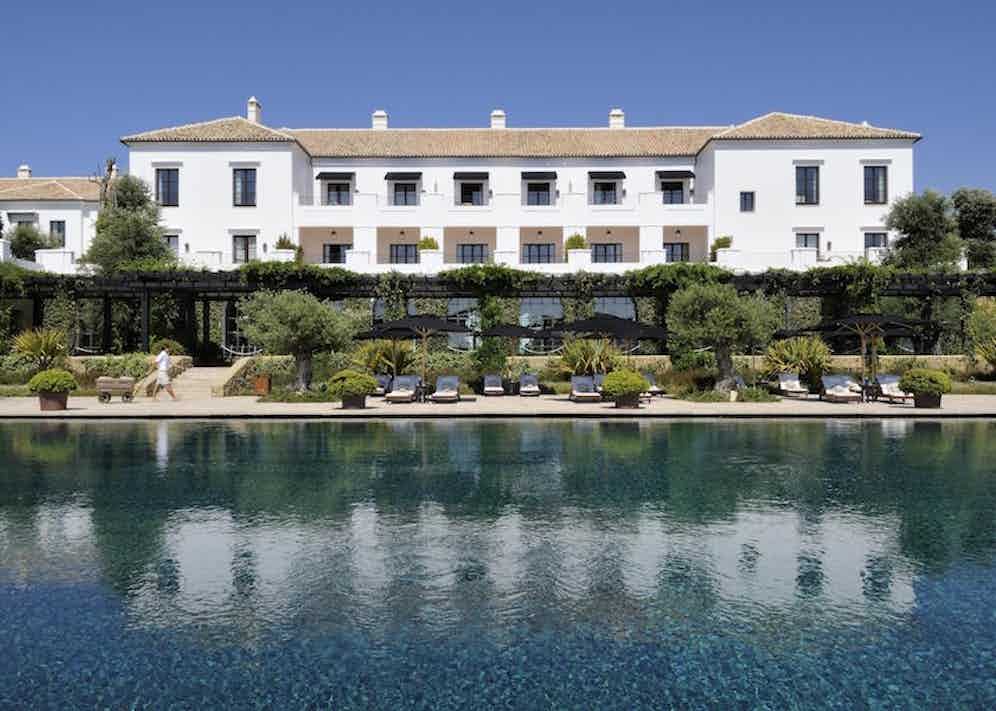 As well as Kabuki Raw, Finca boasts El Jardin de Lutz and Don Giovanni. Headed up by Lutz Bösing, whose thirty-odd years in the business is reflected in his wholesome, family-friendly and unintimidating menu, El Jardin offers a traditional take on Spanish cuisine and provides an idyllic spot for breakfast. Head down to the Beach Club for a relaxed lunch; try the padron peppers and fresh tomatoes, succulent paella and a bottle (or two) of Condesa de Eylo 2015. Take a few steps from the restaurant and enjoy a well-earned nap in one of the discreetly placed roofed daybeds around the pool, both of which look out over a strip of white sand and Mediterranean ocean.

If all the food sounds like the definition of gluttony, you’re in the right place to undo some of the damage. There is a state-of-the-art gym, but you may prefer to explore the seriously beautiful surrounding landscapes; whatever your level, a brisk walk or serious trek through the terrain will certainly earn your supper. If that sounds a little strenuous, and you’d rather embrace your inevitable muffin top in a shroud of fluffy white bathrobes, head to Finca’s award-winning spa for a massage that will leave you happily sedated. A quick dip in the saltwater pool is as soothing as it is refreshing, and the sound of lapping water echoes gently around the luxurious space, decorated with oversized white lanterns and palm fronds. The spa also includes a sauna, steam room and Spain’s first snow-room, brilliant for one’s circulation, skin, and reminding you why you’d rather sit on your balcony in the sun.

The beautiful suites themselves consist of enormous beds, cavernous bathrooms and lengthy terraces, but with several areas dotted around the hotel dedicated exclusively to being whatever you need them to be (the Moroccan patio was a favourite for cocktails before dinner, whilst the Portuguese-inspiredloggiaoverlooking the courtyard made the perfect reading spot), you are never far from somewhere to privately reflect. It’s without a doubt the place to go to put the brakes on modern life and take a moment for oneself. Even local birds flock to the central courtyard in the late afternoon. “They arrive at 4pm every day to give guests a pleasant awakening from their siestas,” jokes Alberto Palaez Herrara, the Executive Assistant Manager at Finca who ensures every guest’s comfort is a top priority. The staff’s synchronised service and forensic attention to detail – from the lighting over each table in Kabuki Raw (“our maintenance man used to have hair when he started working here. Now, he does not”) to remembering how you take your coffee in the morning – is matched with an easygoing attitude.

There is an old Spanishrefránabout the area; “En Casares, compra pan y no te pares” or “In Casares, buy bread and don’t hang about”. Buy the bread. Hang about. Visit Finca. You won’t regret it. 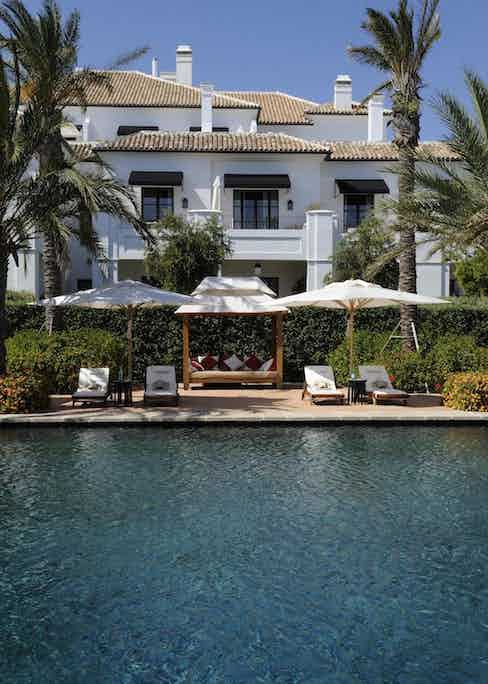 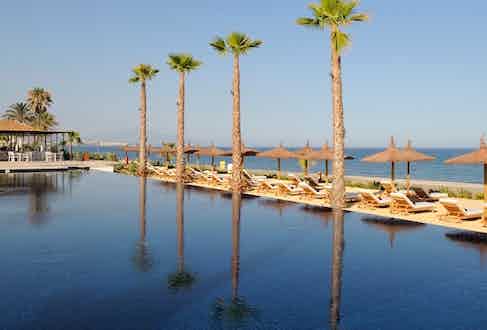 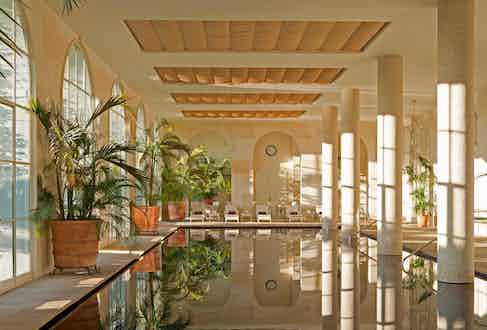 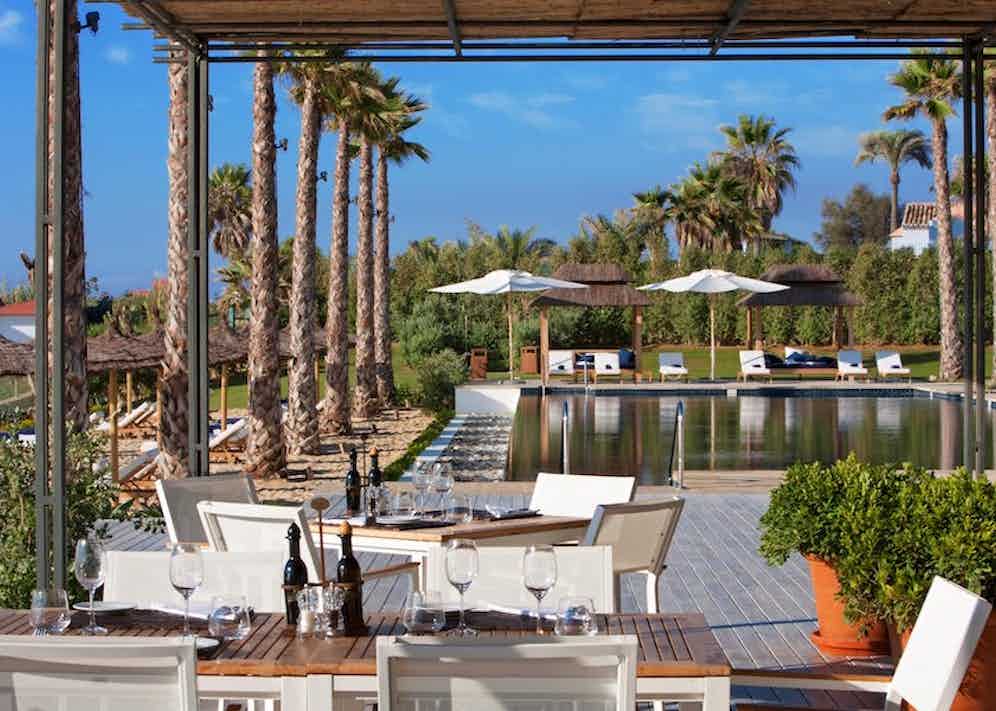