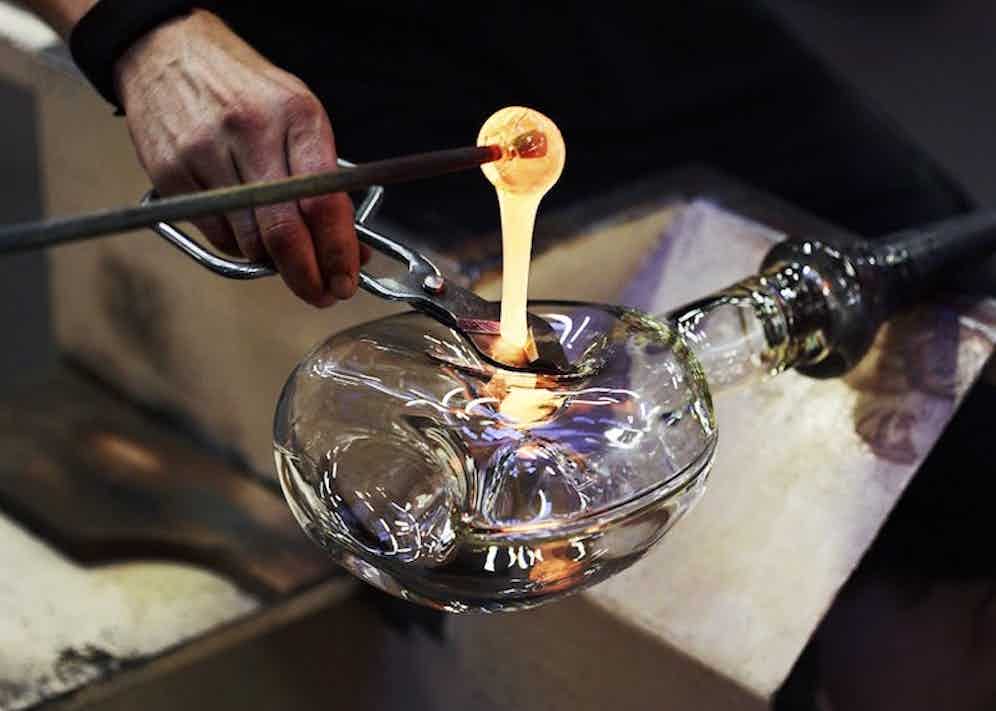 Exquisitely made but surprisingly plain, from the outside it is little more than a tin-coloured, leather-clad box, with silver hinges and heavy, leather-layered handles. Look closer and it turns out to be made by Hermès. All the same, one might be surprised if it made the reserve of £70,000 when it — one of three examples — goes to auction for Martin Scorsese’s Film Foundation charity later this year. Until, that is, this compact trunk is opened. Inside is found the result of a unique collaboration between four of France’s most esteemed craft makers: Hermès; cristallerie Saint-Louis, who for each trunk have made a carafe and four glasses; silversmiths Puiforcat, who have recreated in white gold the kind of pipette used by cognac blenders to sample a special edition of Louis XIII cognac.

The project may be grandly dubbed L’Odyssée d’un Roi, but it does represent the kind of craft project that once only royalty had the wealth and influence to make happen. These days it will take the same kind of wealth to enjoy the ritual of opening this treasure trove to an ultimate tipple and pouring your own cognac into such spectacular vessels. Make mine a double.

It is a small, L-shaped room down an anonymous corridor, tucked away on the upper floor of a building down a Parisian side street. It is underwhelming. And yet what the five craftspeople who work here create is anything but. From a guitar case in crocodile skin to canteens for sports cars, cufflink boxes to photo frames to official gifts from the Élysée Palace to mark state visits, from a basketball to a Bible cover to the 200 hours that went into each of the Odyssey trunks — this is where Hermès produces its one-off, never-to-be-repeated, made-to-order pieces.

“It’s a dream product — and often a very personal one — for the people who order something from here,” says Kerry Hollinger, Hermès’ manager of custom-made projects. “It’s something they can’t find.” But it is not, she stresses, a bespoke product. Hermès special-order workshops will not make anything. They will not, as Hollinger puts it, “mess with the Hermès classics”. They won’t over-brand for those still lost in bling. All designs must be approved by Hermès’ creative director. “We don’t have an actual list of rules for the projects we will accept and those we won’t, but we know which are right for us,” she says. “Some of the ideas are off the wall, but that doesn’t mean they’re not right for us — we did a beautiful American football for one client as a gift for his father.”

Such a product, unsurprisingly, does not come cheap, although Hermès will not talk figures. Nor is it a quick process. But then it is made by one craftsperson from start to finish. “And there’s a lot of pride in that,” Hollinger notes. “There’s the sense that, ‘This is my project. I made it and it’s a reflection of my skills.’ It’s why all of the workshop’s products are costly — we say that rather than ‘expensive’.”

Jerome Tirau does not wear earplugs. The resonating, high-pitched clang of his steel-coated wooden hammer on silver — the kind of sound that, in another context, would make for a method of torture — tells him whether his strikes are true. “You need to hear the whistle, the timbre,” he says. “You’re listening for the anvil to ring. Silver is soft, so easy to work. But that also means the smallest wrong impact can ruin it.”

It is telling that Tirau, clearly masterful in his craft, is technically still an apprentice at Puiforcat, the 200-year-old silversmiths whose £150,000 Art Deco-inspired cutlery sets are presumably reserved for very special dinner guests indeed. This is at once subtle and Promethean work, moving the piece he’s shaping back and forth between cold iron and the furnace that sees the silver glow to cherry red — any brighter and it will melt. It allows it to be further planished and chased for another 10 hours or so until the desired shape is achieved.

Engravers, with their magnifying specs and pinpoint-precise implements, and polishers, with their emery paste, rice straw, leather and wads of cotton, nearby scratch and whir away, with their respective skills largely unchanged for centuries.

The creation of a pipette in tricky, un-supple white gold, however, required Puiforcat to develop specialist, Heath Robinson tools to ensure it took up exactly a single measure of liquid. The tiniest flaw would impair its function — yet this was still made using hammers. It’s Thor with the delicacy of a ballerina. “But it’s great to be challenged, to work on any new kind of piece,” says Tirau, surrounded by racks of heavy metal, one imagines still sub-audibly humming with decades of bashing. “Every new kind of piece can require a different approach, a fresh way of thinking.”

It is like a considered choreography, although our dancers are burly men with tattoos, gladiatorial leather wrist supports and an ability to blow with the gusto and cheek-swell of Dizzy Gillespie. They are working a 20kg piece of glass at Saint-Louis, Europe’s oldest crystal makers, moving a globule of red-hot, still-malleable glass from fire to mould to bench, turning, reheating and puffing aplenty until a vase begins to take shape.

It’s the lead in the crystal that lowers the working temperature, enhances the viscosity, and, of course, increases the glass’s refractive index, giving it its characteristic sparkle. Conducting the alchemy that transforms this, together with quartz sand, lime and other earthy ingredients, from plasma to solid can offer a Dante-esque vision of noise and heat. The contrast between here and the cool area where a set of goblets is hand-engraved against a running copper wheel is striking.

“The real achievement is the maintenance of concentration over such a long time,” says Saint-Louis’s creative director, Jean-François Lavaud, in reference to the exceptionally detailed, historic map-engraved glasses and carafes made for the project. “You have these complex shapes to work with, and, despite that, of course you can’t make a single slip. That could be several months’ work wasted.”

The process required the revival of old techniques long since shelved at Saint-Louis, but also the development of new ones, notably a process — with an outside partner — that allowed the stems to be coated with a layer of platinum. “The way we did it is confidential, of course,” says Lavaud, with a grin. “But now we’ve worked out how to do it you can expect to see it from us again.”

“You’re drinking eau de parfum, not an eau de toilette,” says brand ambassador Chian-Mei Gan. “And that’s not easy. It requires some consideration, some ceremony. Breathe through it. You can feel the opulence, the generosity. It’s a century on your palate. You’ll get good length on a cognac that’s 20 or 30 years old. But this just goes on and on.”

Now the spirit is with her — figuratively and literally — Gan’s rhapsody could no doubt go on. But she is standing in the cool, limestone-lined semi-dark cellars, surrounded by spiders — the rent-free tenants are welcomed for keeping at bay the insect life that eats the barrels. And there is drinking to be done.

It was in here, though, that the master blenders behind the cognac house’s Louis XIII, first presented in 1874, created just 4.5 litres of a special variation, allowing it to harmonise after blending and before bottling, a spell known (how very French) as ‘the marriage period’. With some 1,200 different eau de vie to work from, the youngest of which is already 40 years old, perhaps the perfume analogy is not so hyperbolic. But it’s not all about their refined nose for a floral note, Gan stresses. “The Grande Champagne region has a chalky soil that’s hard to grow in, but the vines you can grow here — and we need 12kg for each litre of eau de vie — are perfect for long maturation,” she says. “Really, you can have the best cellar masters in the world. You can buy the old barrels in which the cognac is matured. But you can’t have the terroir. The land is everything.” 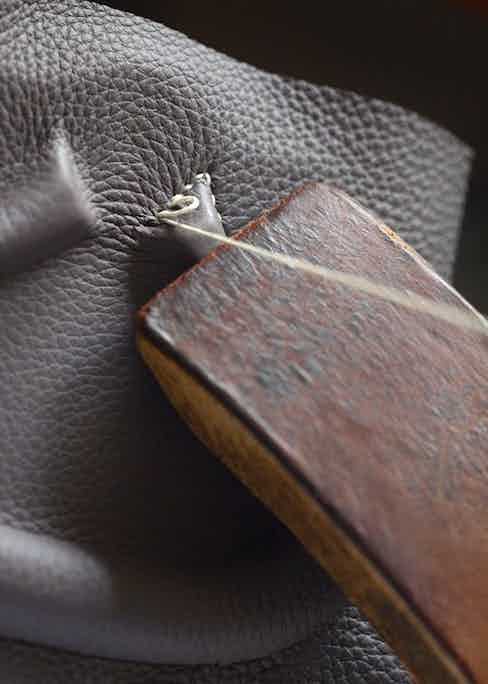 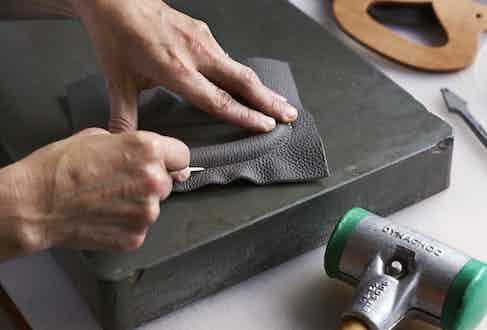 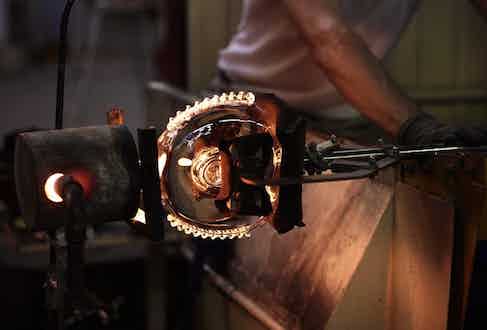 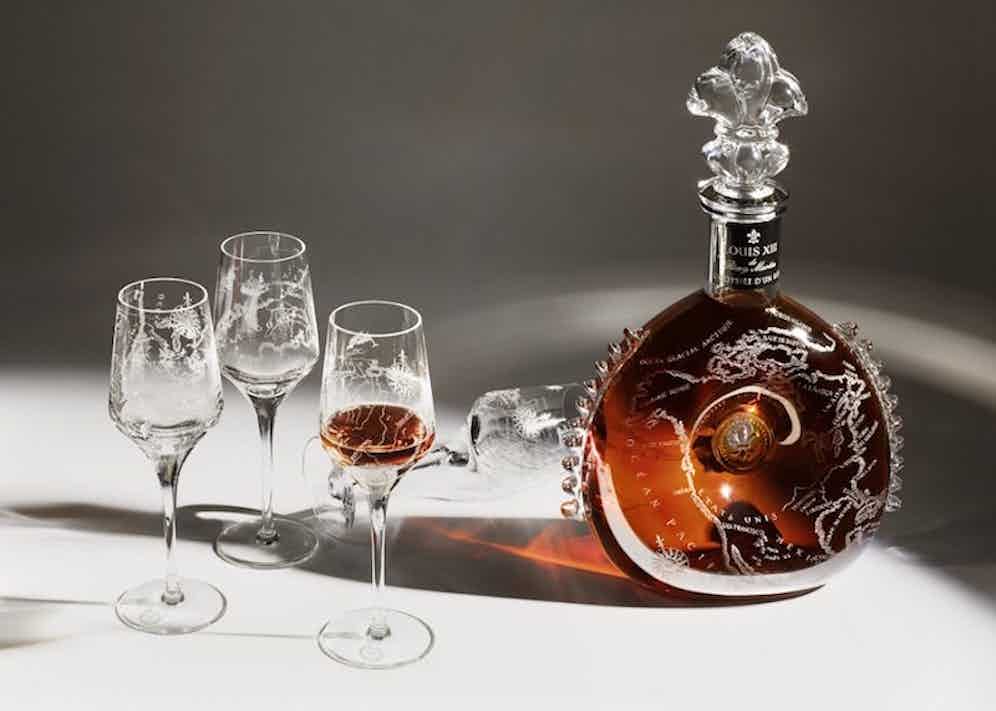 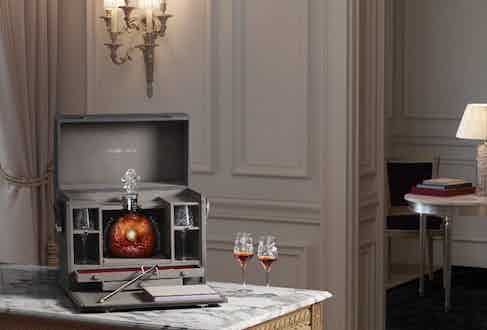 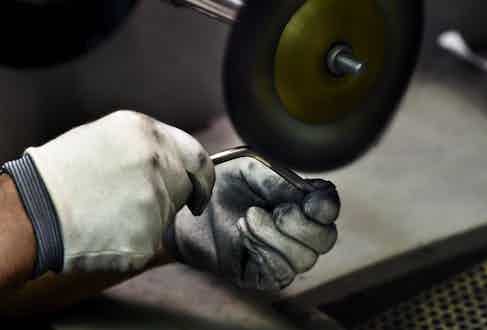 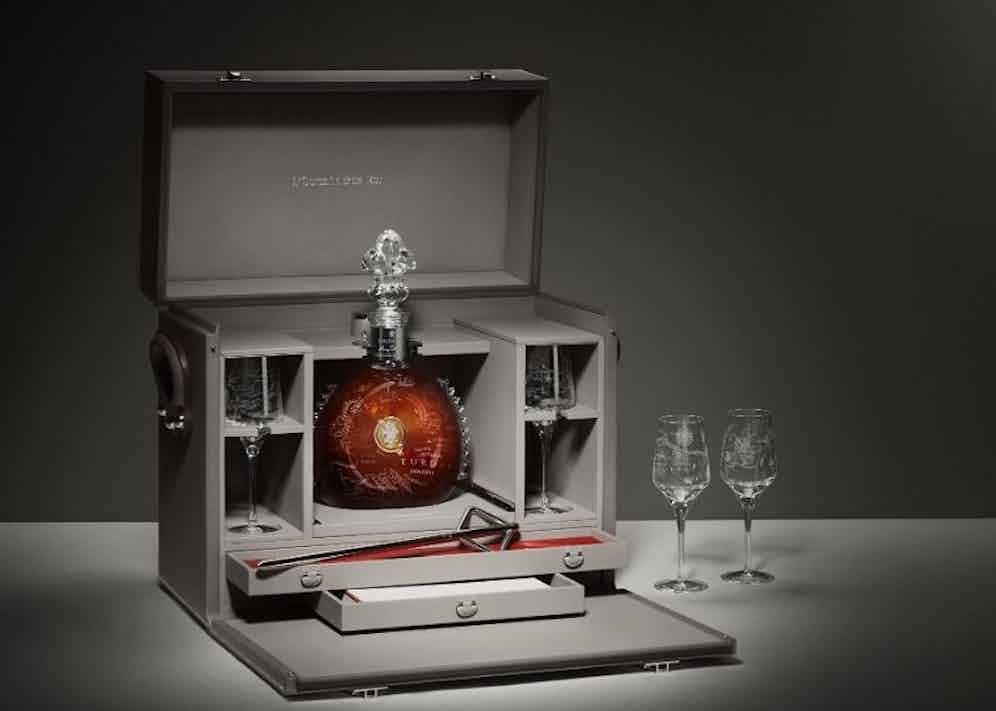