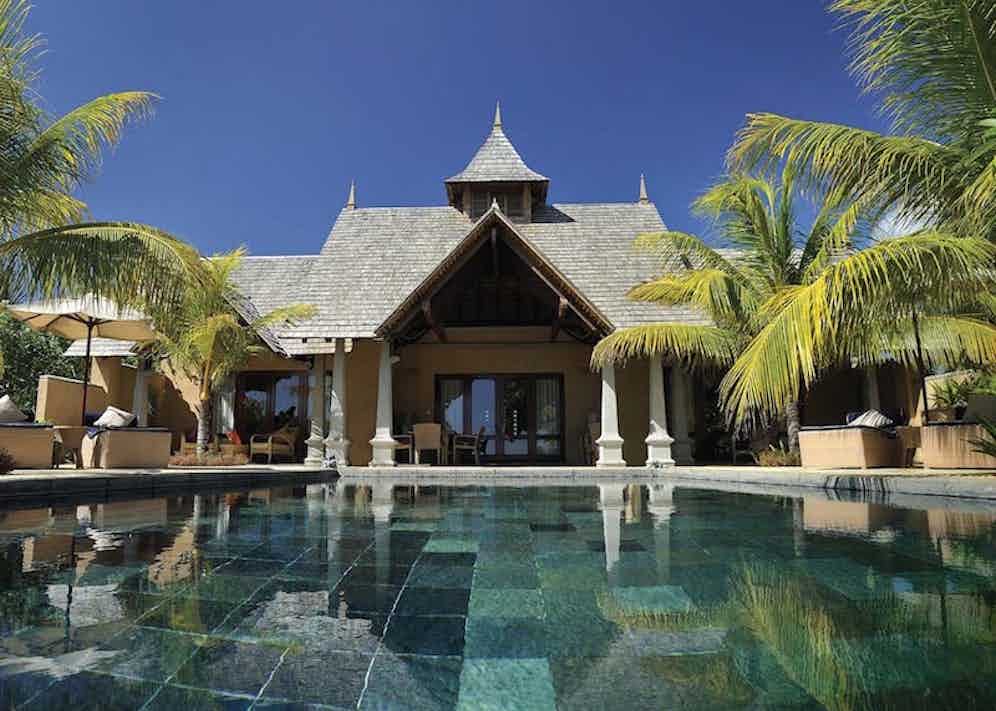 We were excited when we were told that we would be shooting in Mauritius for our Spring / Summer stories, but nothing could quite prepare us for our time the Maradiva Villas Resort.

We arrived somewhat delirious after our twelve hour flight to the island, to be collected by our driver and taken to the resort, situated an hour south of Sir Seewoosagur Ramgoolam International airport, in the Flic en Flac region. After travelling through the island's striking volcanic landscape, we arrived at an imperious iron gate, surrounded in exotic foliage. The entrance recalls a luxurious private estate; the large reception area replete with two crystalline ponds, flush of exotic golden fish.

The open plan design of the buildings encourages one to be outdoors and embrace the sights, sounds and scents of Mauritius' western coat.

We went by buggy to our villa, one of sixty five on the twenty seven acres of land. Each villa has its own private pool, outdoor living area and secluded shower, indoor bedroom with walk in wardrobe and vast bathroom, and is situated only a short walk away from the peaceful beach, framed by the majestic Le Morne mountains.

Our first night we were treated to dinner in the Cilantro restaurant with the fantastic team at the Maradiva. The food is wholly Mauritian and, impressively, cooked with fresh ingredients grown in their own on-site garden. Mauritian cuisine draws from its Indian, African, French and British roots, with curry and seafood both featuring heavily.The Mauritians, one can’t help but notice, are fans of fresh chilli paste, and again this is also made on the Maradiva's grounds.

The Cilantro, however, is not the only restaurant of merit when staying at the resort. There is an incredible display of Japanese culinary excellence on display at the Teppanyaki Grill, and special mention must be given to the Coast 2 Coast restaurant, which offers a unique and wholly amazing butterbean curry with freshly made pancakes as part of it's breakfast.

As a crew, we weren’t able to experience the delights of the spa or the 5:00am dolphin swim (alas!) but we did enjoy a dip in the sea, despite some surprises upon encountering sea cucumbers. As anyone in photography can attest, shooting can be exhausting work; some of the the best moments of the trip saw us simply lounging in the infinity pool, watching the last gasps of sun disappear over the Indian ocean. With the dusk came bats which, far from being scary, were fantastic to watch flying over our heads from palm tree to palm tree.

Shooting at the Maradiva allowed us to access many of Mauritius' delights as we went. We saw Port Louis, drank rum from the Saint Aubin distillery, sampled the different cane sugars at L’Adventure du Sucre and were able to experience Mauritian history through its magnificent colonial houses. We were taken up mountains to see the Chamarel waterfall and then came down to experience the island's resplendent beaches, each one untouched and completely unique.

Stay with us for the next issue of The Rake to see more of Mauritius and the Maradiva in our editorial. 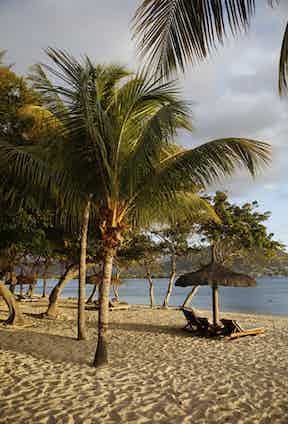 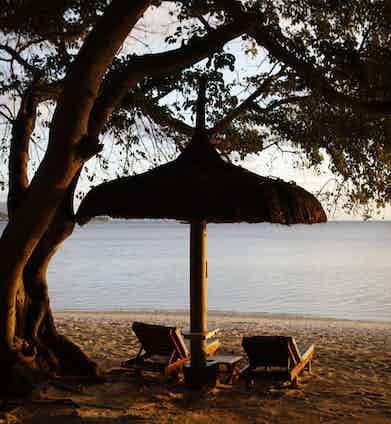 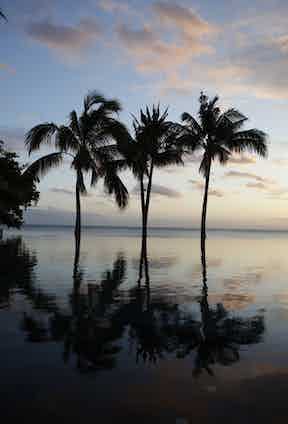 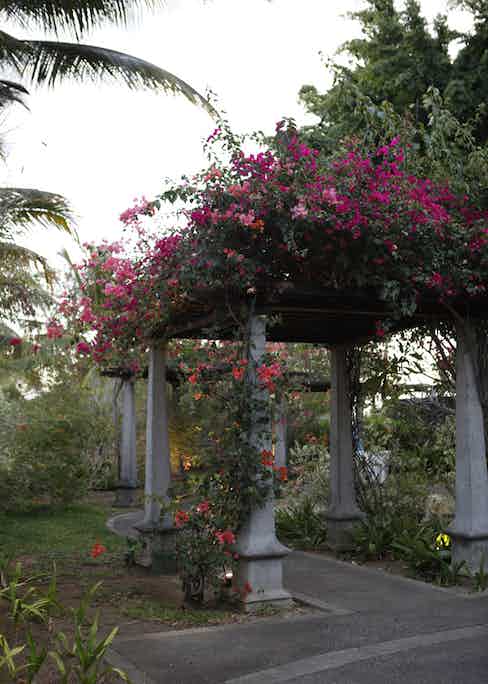 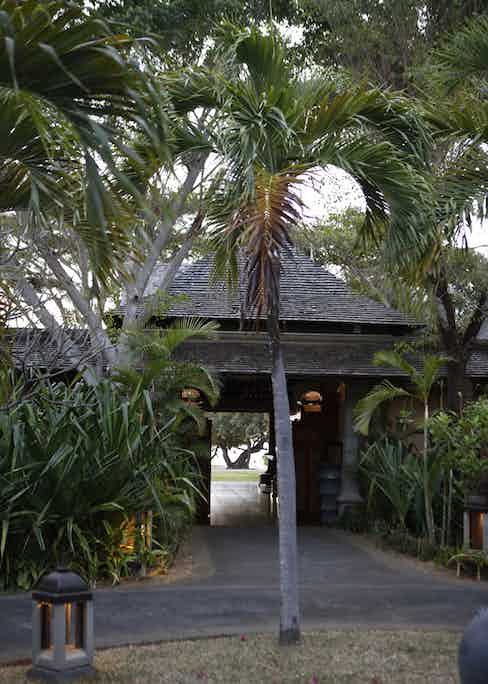 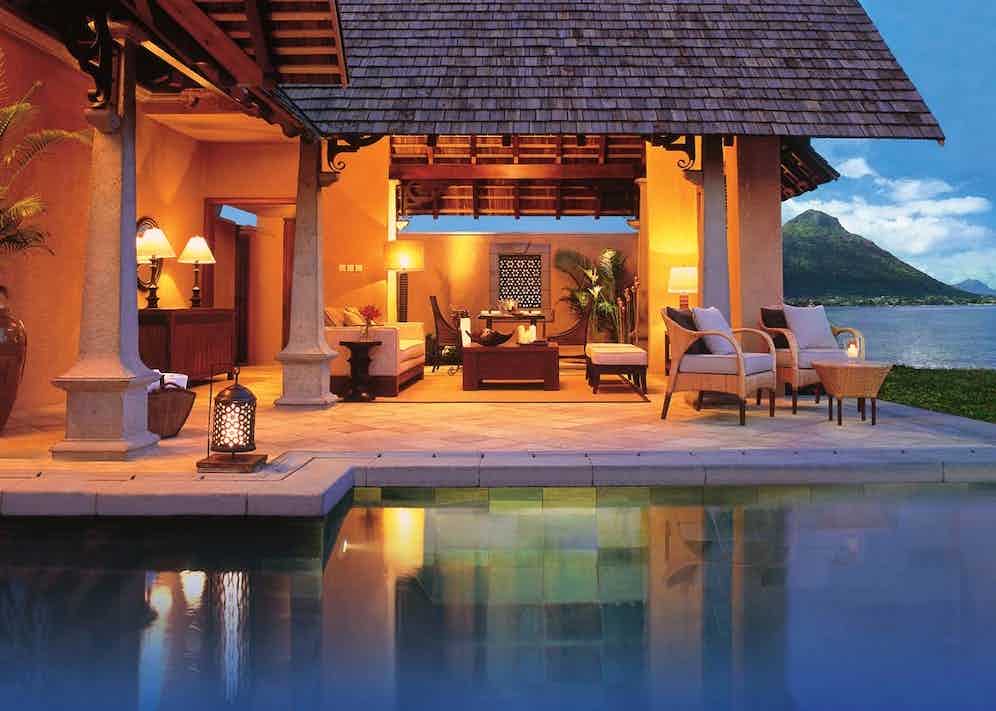