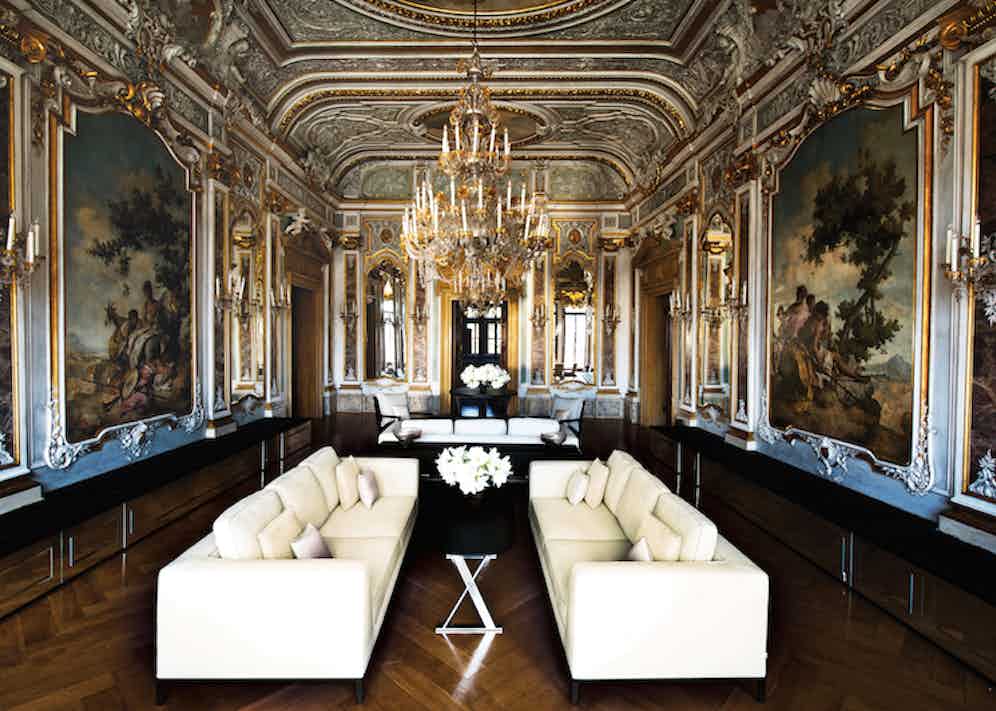 'Words are not mere vocal labels... superimposed upon an already given order of things.' - Ferdinand de Saussure

Aman, Aman, Aman. It is a mystical chant for the devoted, a rallying cry for the tribe of the initiated. These two syllables (meaning 'place of peace') have transcended their origin to become the singular evocation of a dream, the sonic expression of emotion and the semiotic representation of a life lived without compromise - in peace and everlasting beauty.

In contemporary culture, the Aman Resorts have attained a sort of mythological status, offering the perfect balance between extraordinary service, discreet luxury, ecological consciousness and the sense of ascending into a parallel universe where everyone is like-minded in their attitude towards taste and beauty. Lounge by the pool and you'll immediately fall into effortless conversation with a legendary watchmaker, supermodel, film star or business titan, all of whom have cast away their external armour and are interacting instead with the pure, unbridled, naive joy of belonging to the Aman world. The Aman today provides a sense of belonging to the world's global elite. In many ways, it acts as the ultimate discreet private club.

An amusing demonstration of Aman Resorts's extraordinary brand equity was recounted to me recently by a friend (a Singaporean business legend and partner to Adrian Zecha, whose anonymity I feel obliged to protect). He was transiting through Paris one day when he received a call from Pierangelo Bottinelli, the legendary Swiss financier whose family is also the single largest shareholder of the venerable Swiss watch brand Audemars Piguet.

'He told me that I absolutely had to accompany him to this evening at some historic Swiss castle,' my friend explained. 'He insisted that it was the ultimate networking opportunity and that the absolute who's who of the European social/financial community would be there. To be honest, I was tired and I didn't want to go, but saying no to Pierangelo is all but impossible. Even worse, the event was black tie, so I had the arduous task of having to go and buy everything that afternoon - evening suit, cummerbund, patent shoes... Finally, I go to meet him and we drive up to this castle. 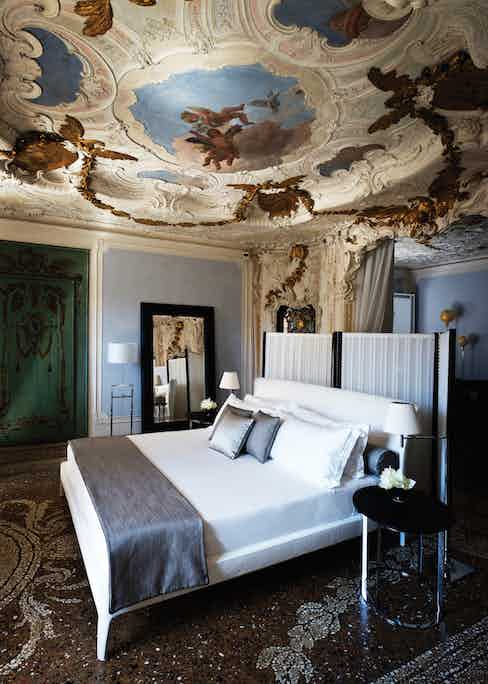 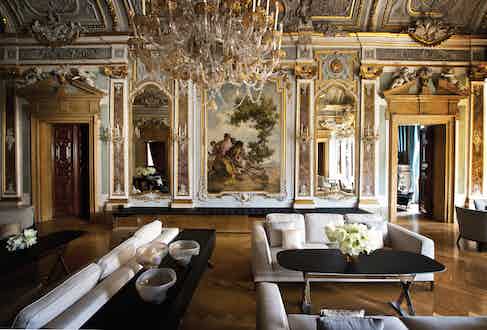 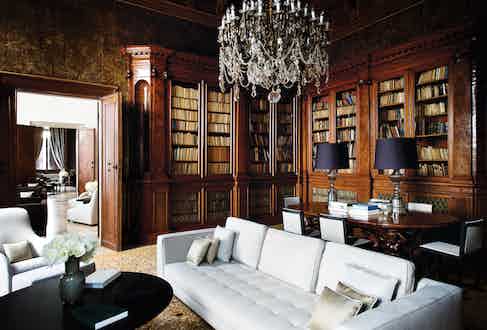 'Once we start mingling with the guests, it dawns on me that I am the only Asian amongst this pantheon of European social luminaries. And, as an Indian wearing a tuxedo, immediately everyone jumps to the conclusion that I must be a waiter. So, for the first hour-and-a-half, I was totally ostracised. I mean, I could just as well have been in Siberia for the number of conversations I had. I was about to quietly take my leave when this well-known jet-setter/socialite comes breezing into the party late, and of course, he's this incredibly popular guy, so people immediately flock towards him. He starts chatting amiably, then suddenly sets eyes on me. He knows me because he owns one of our villas, and suddenly, he lets out this scream and rushes over to me. He starts introducing me to everyone as the co-owner of the Aman Resorts group, and suddenly, the most amazing transformation occurs. Even the most jaded, world-weary socialites get this intense look in their eyes and begin talking to me in the most animated way. Suddenly, everyone wants to know me - they want my mobile number, they've lost their Aman Junkie T-shirt and want another one, they want to know if I can help them get a reservation for our legendary Christmas [celebrations]... From that moment until the end of the evening, I was the most popular man in the room. It was simply incredible.' 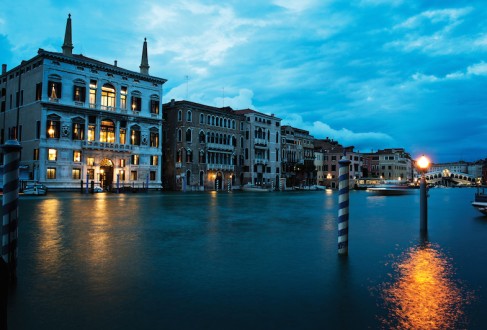 For the most part, Aman has been focused on proliferating its extraordinary equity and brand message in Asia. And so 'Aman Junkies' - the honorarium bestowed upon guests who visit the same resort twice with a 12-month period and who receive their coveted Aman Junkie T-shirt as a result - awaited the unveiling of Central Europe's first Aman Resort with dizzying levels of anticipation. The Aman in Venice is the first to be placed directly within the urban crosshairs of a metropolitan city, so it's extraordinary that, amid the sonic and sensory overload that can be Venice mid-Biennale season, Aman has managed to deliver precisely what its iconic name suggests - the promise of 'a place of peace'.

Situated in one of eight remaining Palazzo Monumentali in Venice, the opiatic warmth of the Aman Canal Grande Venice has its roots in a unique living arrangement. While it is a fully operational hotel, the top floor of the Aman is occupied by the living quarters of the Palazzo's owners, the charming Gilberto and Bianca Arrivabene Valenti Gonzaga, whose personal belongings still decorate the premises. The effusive Gilberto is often seen wandering the grounds, occasionally holding court and taking guests on spontaneous tours, extrapolating on the details of the exquisite Tiepolo frescoes or the Murano chandeliers, and providing illuminating accounts of the venerable history of his house. 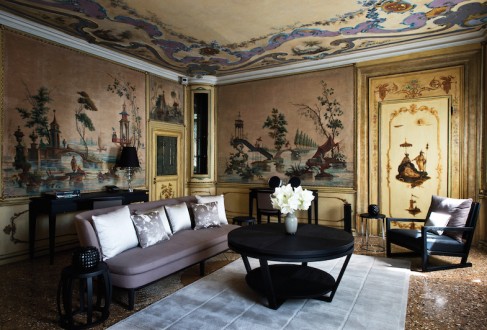 alazzo Papadopoli, as is its proper name, was commissioned by the high-profile Coccina family of Bergamao and built by architect and sculptor Giangiacomo de'Grigi who took over the direction of the legendary Scuolo Grande di San Rocco from Antonio Scarpagnino after the latter's death in 1549. The building was a masterpiece of frescoes, gild work, mirrors, silk wall facings and ornate scrolling. The palazzo was, soon after, sold to the fabulously wealthy Papadopolis family, who also bought the building next door and razed it to create one of the most spacious private gardens in all of Venice. As providence would have it, Gilberto and Bianca (the current owners) befriended Aman founder Adrian Zecha, and from there began an 18-month project to restore and transform this stunning palazzo into the Aman Canal Grande.

Jean-Michel Gathy was tapped to decorate the interiors, and it was through his discussions with Zecha that the most important aesthetic decision was made. Rather than add more antiques - or, worse, historical reproductions of them - to the already exquisite space of Palazzo Papadopoli, they decided to furnish the hotel in a pointedly contemporary way. Taking a page out of the proverbial architectural book featuring IM Pei's pyramid extension of the Louvre Museum, they decided that these stridently contemporary furnishings would serve to showcase the 16th-century traditionalist space in an even more emotionally powerful way.

They were right. Stepping into the Aman Canal Grande's exquisite Piano Nobile Lounge and dining rooms is a bit like stepping into Titian's masterpiece, Assumption of the Virgin, which hangs, in situ, at Santa Maria Gloriosa dei Frari just a few hundred metres away. The gilded and frescoed ceiling and walls evoke a transcendence that is indescribable. Looking up, you feel as if you are ascending towards the beckoning call of God himself. But then the firmament - as represented by the furnishings on the floor - provides a wonderful return to the contemporary world, rooting and anchoring the visitor in the present. It is this delicious tension between past and present that is so achingly titillating, and the source of unending charm as the light of the Grand Canal fades from intense Titian reds to Bellini peach tones, painting the walls of the palazzo with their majesty. You have the sense of being invited to the most exquisite and tastefully decorated contemporary home in Venice.

So, has the legendary Aman service made the same transition from Asia to Europe intact? The answer was made evidently clear to me in my attempt to book a table at one of my favourite Venetian eateries, Vini da Arturo, which is, incidentally, the best place to eat spectacular meat on the island. The owner, Ernesto Ballarin, is gregarious, generous and devastatingly charming. He is also very bad at answering his telephone. After calling eight times, the front-office manager Fabio Visentin sent his extraordinary concierge to walk to the restaurant, knock on the door and physically secure for me a coveted table, embodying a level of service that is unparallelled in the European hotel experience.

Moving from one point to another inside the hotel is a charming and capricious adventure. Walking from one of only 24 suites to the communal living spaces - whether it's the Yellow and Red dining rooms, the Stanza del Tiepolo game room or the wonderfully charming Library - you will be stunned by the incredible generosity of space. The ultimate example of this is the amazing garden area - the perfect place to indulge in an Aperol Spritz as smoke furls off the sunlight-enriched, Medio Tiempo leaves of your Cohiba Behike, and you are overwhelmed with the affirmation that all is well in the world.

In your mind's ear, you may hear the words of Charles Baudelaire's 'Invitation to the Voyage':

Child, Sister, think how sweet to go out there and live together! To love at leisure, love and die in that land that resembles you! For me, damp suns in disturbed skies share mysterious charms with your treacherous eyes as they shine through tears.

And it is a beauty - ordered, calm and voluptuous - that is provided so charmingly by the Aman Canal Grande Venice.