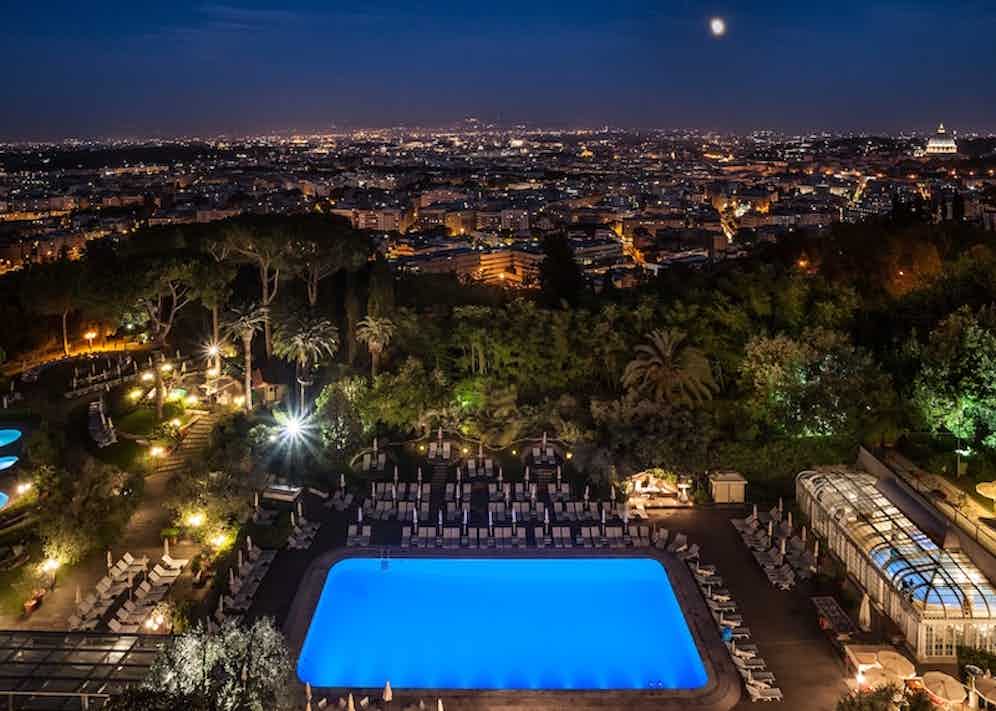 Of the many beautiful Italian cities, the capital stands out. It’s widely regarded as one of the birthplaces of western civilisation, being that its history can be traced back over two and a half thousand years. Similar to Florence, almost every corner you turn in the city centre presents you with unabashed beauty from sun-bleached orange apartments to the opulence of the Altare della Patria. Indeed, Rome is a city of energy and excitement, offering visitors a seductive, magnetic charm that only pulls harder as time moves on. It’s interesting then that in 1963 Conrad Hilton, the most august hotelier of all decided to launch his Italian flagship hotel not in the heart of the city, but rather overlooking it.

Launched during the height of the jet-set era, the hotel was designed as a calm oasis away from the bustle of the city centre, appealing to those who valued peace and a luxurious sense of space. It boasted a minimalist mid-century decor, which seems sparse when compared to the opulence of the hotel today and true to form it featured in AMC’s Mad Men, when a fictional ‘Connie’ Hilton invites Don Draper to come and experience it. Although the hotel today of course differs from half a century ago, it has built on the vast sumptuousness that has come to define it, making it more of a resort than a typical city hotel. The Rome Cavalieri is not somewhere you go to simply lay your head at night after a day’s exploring. It is a space where you’ll want to while away the time, whether enjoying the first-rate facilities or admiring the spectacular view from your suite’s balcony.

The first thing that will hit you when laying eyes upon the hotel is its size. Located atop a quiet hillside, the highest in Rome, it’s situated within 15 acres of private Mediterranean parkland overlooking Rome itself and the Vatican City. The view is spectacular. Guests can sip cocktails from the rooftop terrace whilst absorbing an uninterrupted panoramic vista of Italy’s capital, all terracotta rooftops and bulging domes. One won’t want to stay outside for too long however, because the restaurant located on the top floor is one of the property’s gems, tempting guests with all manner of culinary treats. La Pergola is a three-star Michelin establishment overseen by Heinz Beck, one of Europe’s most respected chefs, who specialises in experimental food that references the traditions of old. For example, his signature dish Fagotelli Carbonara features all of the classic ingredients of carbonara but interpreted in a different way. The egg yolk and pecorino cheese sauce is actually placed inside ravioli-style pasta, meaning that every morsel you bite into explodes in your mouth with a rainbow of flavours, which is only complemented by the pork cheek and white wine dressing on the outside. When not eating at La Pergola one can delight in the exemplary choice of wines. There is also a ‘water menu’, of which the priciest is a faintly ridiculous €340 bottle of Fillico but we won’t go into that. The tome-like wine list is really spectacular and made even more special after a cellar-tour by head sommelier Marco Reitano who showed The Rake, among other gems, a bottle of Chateau d’Yquem from 1893 that can be purchased for a sum of around €30,000. Take that Fillico.

"The egg yolk and pecorino cheese sauce is actually placed inside ravioli-style pasta, meaning that every morsel you bite into explodes in your mouth with a rainbow of flavours..."

After sauntering out of the restaurant after dinner, you’ll likely want to descend to your room. And what an impressive choice there is. The hotel is noted for its collection of art and antique ornaments that pop up everywhere you look, sort of like a very rich old granny hoarder who’s house resembles David Dickinson’s attic, in the very best way imaginable. For example, the aptly named ‘Napoleon Suite’ features a desk once owned by the French revolutionist, the ‘Penthouse Suite’ houses a Karl Lagerfeld designed sofa and in other rooms hang paintings by Andy Warhol and Robert Indiana. It’s quite an unusual mix but somehow it just works. All suites feature balconies with incredible views of Rome, so book one of these if you can.

What Don Draper will not have enjoyed at Rome Cavalieri is the Grand Spa. Set over 2,500m², it makes the great baths of the Roman era seem modest by comparison. You’d imagine it would be difficult to match the grandeur of the hotel’s lobby, with its Tiepolo masterpieces hanging above 17th century Sicilian marble reception desks, but it does. There are ten different treatment rooms in which you can be the recipient of any number of facials or massages, but it’s the Turkish bath area where you’ll want to spend most of your time. After you’ve sweated it out, a dip in one of four swimming pools is preferable, the biggest of which is the perfect backdrop for a Slim Aarons style photograph on a good day, like when the Italian gymnastic team are staying perhaps. Whichever way you look at it, the Cavalieri’s spa is the ideal respite after a long day sightseeing in the city.

The Rome Cavalieri is special in a number of ways, chiefly of which it offers everything you could want from a resort destination but in (nearly) the heart of the city. City breaks can be exhausting work, but this is a hotel which takes out the stress and replaces it with relaxation and charm. It is large yes, but the staff are so personable and the decor so eccentric and lavish that it has the feel at times of a boutique hotel, which of course it is not. Hotels such as this are rare, mainly because of the sheer space but also because the facilities are truly exceptional all round, not just for a city stay but for any hotel. Which of course is why the Rome Cavalieri has remained one of Rome’s most remarkable hotels for over half a century.

Citalia (01293 765 003,www.citalia.com) is offering a two-night city break to Rome staying at the five star Rome Cavalieri, Waldorf Astoria Hotels & Resorts on a B&B basis from £628 per person. The offer includes airport transfers and return international flights from London Heathrow with British Airways. Based on departures 14 October 2016. 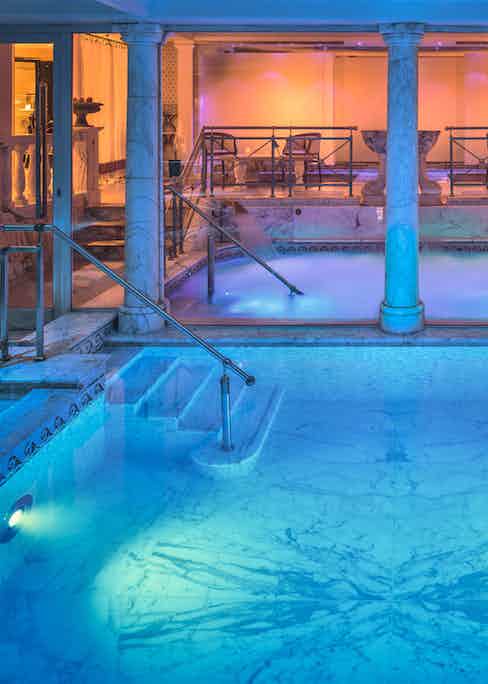 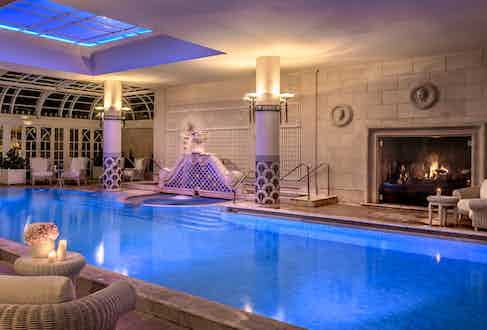 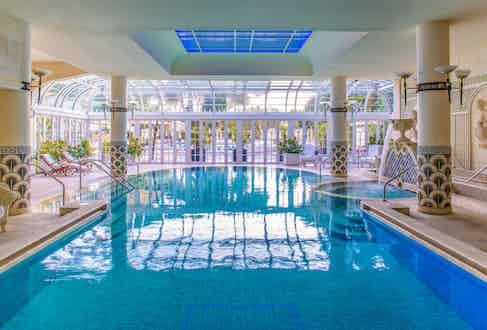 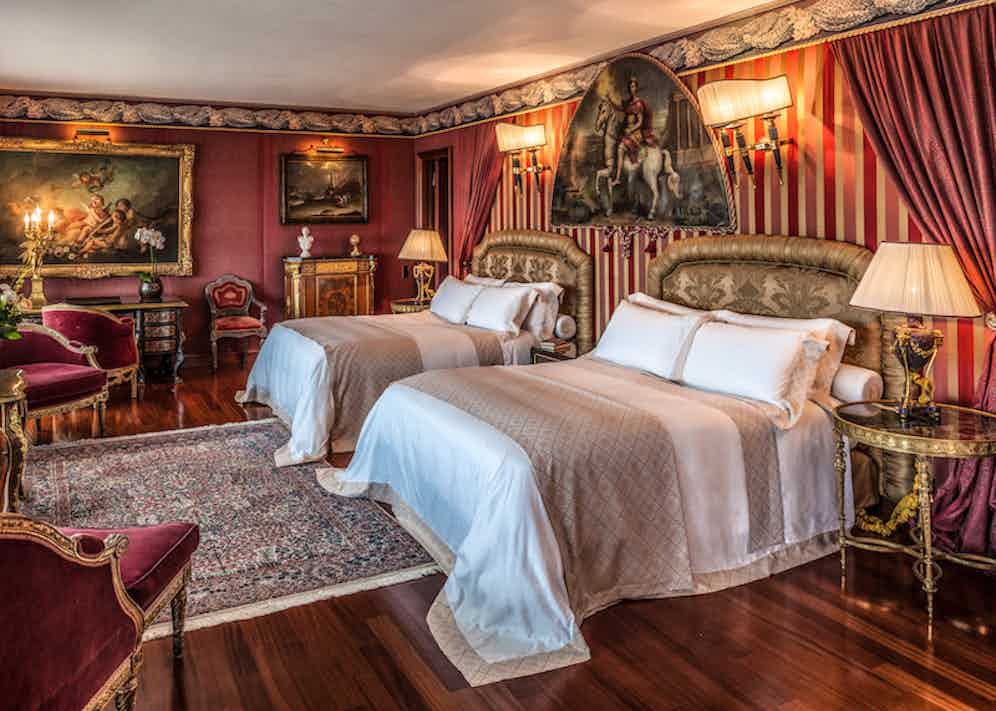 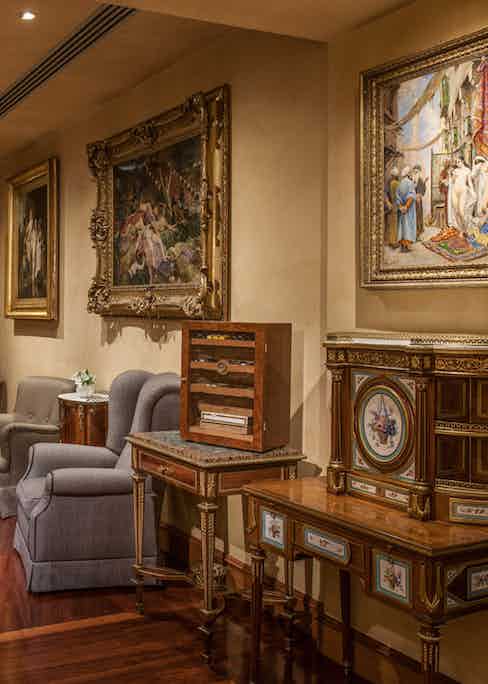 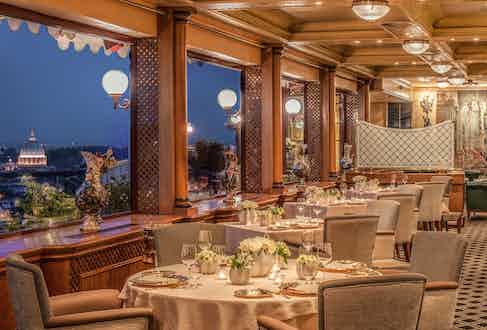 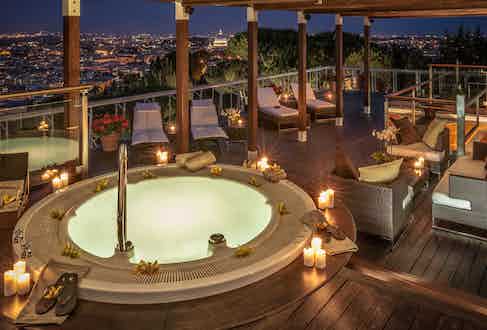