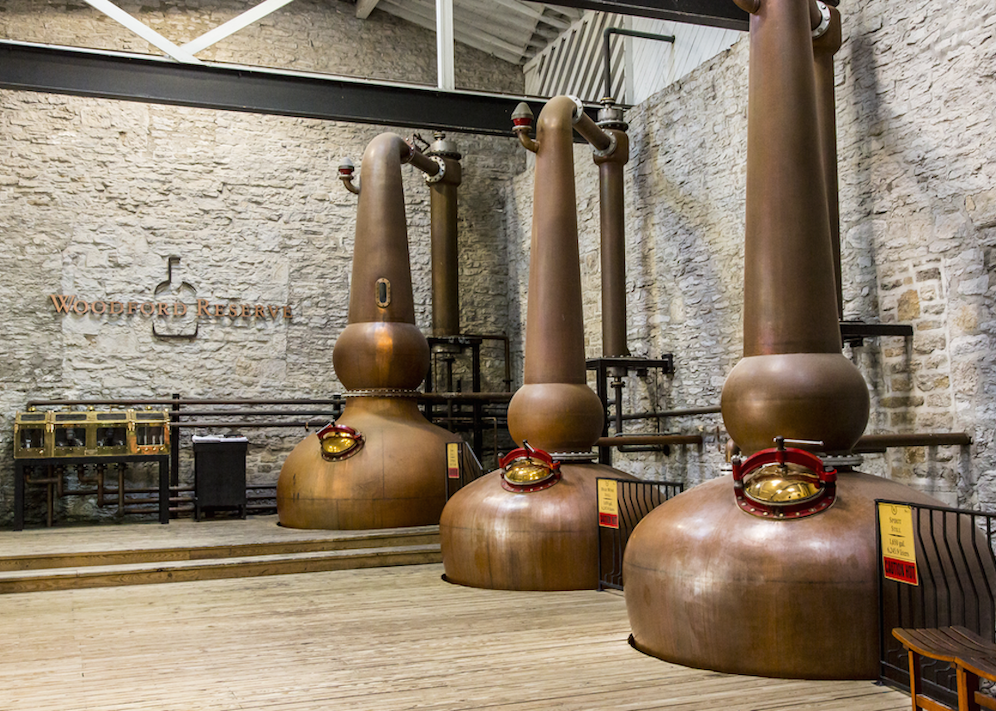 One of America’s greatest products is undeniably bourbon whiskey. It’s a core component of their DNA, or as Chris Morris, Master Distiller of Woodford Reserve, tells me: “If you are from Louisville, Kentucky, it’s your world.”Drinks conglomerate Brown-Forman, who created Woodford Reserve in 1996, have somehow mastered the intrepid balancing act of maintaining an integral sense of heritage, yet at the same time prevailed through a storm that threatened the entire bourbon industry –the outcome of which is a Kentucky straight bourbon that’s critically acclaimed worldwide, totally unique and incomparable to other bourbons through the intricate details of its “five sources of flavour”.

I was largely unaware of the history behind bourbon until I recently met Morris who ran me through it over a couple Woodfords. Bourbon is certainly inextricably linked with Kentucky —much the same with scotch and Scotland —and their symbiosis goes far beyond simple appreciation. Morris, a Louisville native, excitedly tells me that both his parents worked in the industry (he was more hesitant to add that he tasted his first bourbon aged seven): “It’s a point of pride, you know? We are making bourbon! That’s what your family does, what your ancestors do, this is what you brag about! Overall, it helped my overall impression of how important the industry was to our local economy. It’s our pride, our culture.”

"Your palate is presented with a heavy dose of butterscotch, toffee and caramel, that’s followed by apples, berries and cherries, finished by a mulling of spices, dry oak and cinnamon."

After the repeal of Prohibition in 1933, American whiskey distilleries converted from the traditional pot stills to more commercially viable column stills. Fast forward to the 1990s and the whole bourbon industry was under threat due to the surge in popularity of other spirits like vodka, gin and tequila –the trade was simply dying with a large amount of Kentucky distilleries closing down. Yet Brown-Forman, cognisant of the declining industry, decided to go completely against the grain. Morris tells me: “We had this crazy idea of doing the complete opposite. So we built a new brand and a new distillery. This is why a lot of people give us credit, as we helped the resurgence of bourbon popularity. We wrote a new chapter.”

Woodford Reserve is situated in Woodford Country, north central Kentucky. Although the brand itself was founded in 1996, the new distillery is built on the foundations of a distillery from 1812, when its founder, Elijah Pepper, a farmer-come-distiller, started producing bourbon during the winter months. Deciding to turn the bourbon game on its head, Brown-Forman reverted back to the old school of copper pot stills and then developed a new school recipe and production format, the headmaster being Chris Morris. At first your palate is presented with a heavy dose of butterscotch, toffee and caramel, that’s followed by apples, berries and cherries, finished by a mulling of spices, dry oak and cinnamon. In all, Woodford Reserve is a matrix of flavours with over 200 flavour notes. 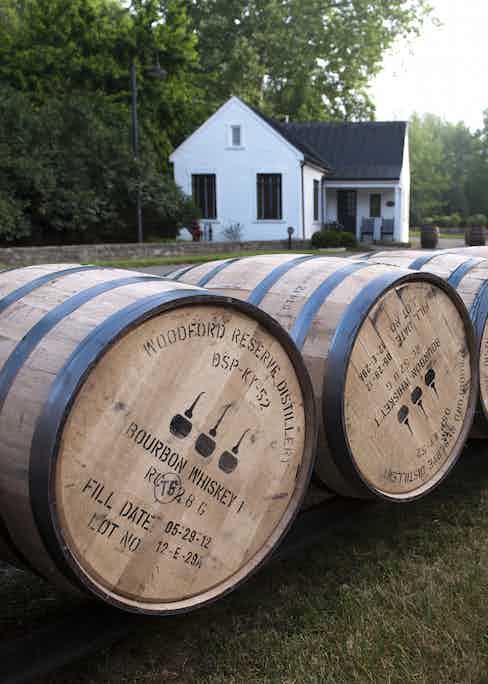 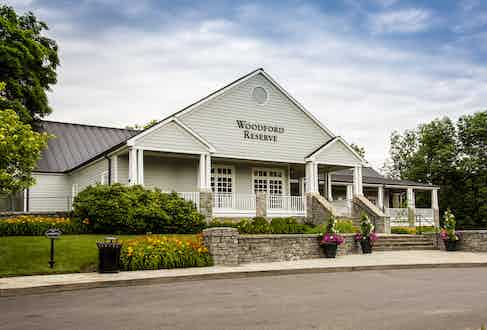 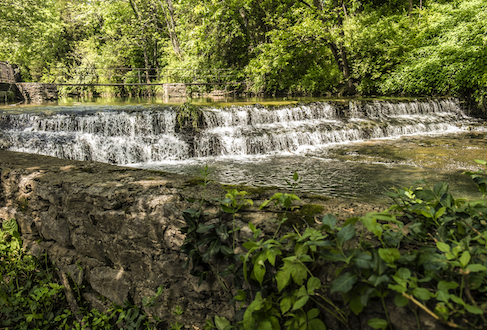 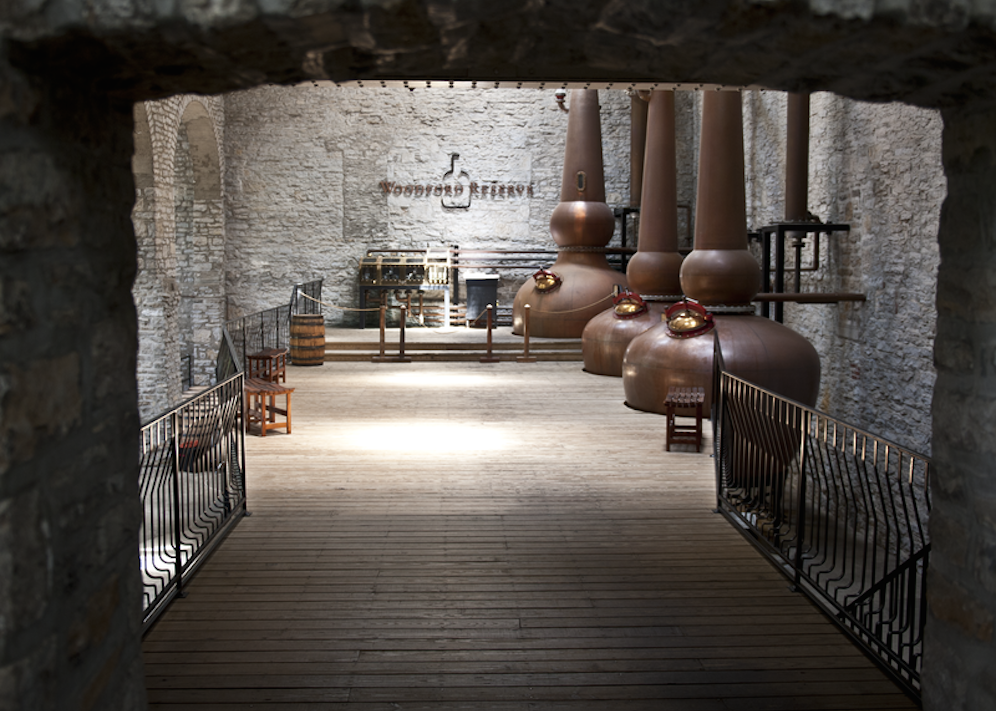 With all whiskies there are “five sources of flavour”, a term Morris coined. The first of which is grain; unlike scotch which use grain as its primary ingredient, bourbon use corn. Woodford Reserve has a very high corn percentage of 72% compared to the average bourbon of 52%. The rest is then made up of rye (a high 18%) and malt (a low 10%) which form the basis of its compound flavour. The second source is water, whether it be “your burn, your creek, your spring”, Woodford use their nearby source of limestone water, Glenn’s Creek. Morris refers to it as a “gift from nature, it helps the yeast develop floral and fruit characters.”Grounded grain is then mixed with the limestone water and enters the fermentation stage —typically bourbon ferments between 20-40% ABV, whereas Woodford ferments at a low 6%, dialling down the sour level to give the whiskey a fresh grain flavour. Yeast is then added, but Woodford Reserve developed their own strain of yeast to create lots of esters, which establish immense fruity flavours. Furthermore, Woodford ferments for six days, which enhances the complex fruit character; Morris underlines the brand’s uniqueness by telling me that, “virtually every other distillery in Kentucky ferments for three”.

From the fermentation process, the mash moves into the distilling process, which is where their iconic copper pot stills come into play. Most bourbons and scotches are distilled twice, but Woodford, taking note from fruity Irish whiskies, distill three times. I asked Morris what makes Woodford so special to which he replied: “We are the first and only distillery in Kentucky, and as far as I’m aware in the US, that triple distills its whiskey. Boom!” The copper stills add to the whiskey’s smoothness, and in conjunction with it’s grain make-up, water source and six days fermentation, creates a whiskey that is clear, spicy and fruity.

As our glasses start to diminish, I begin to pick up on some of these complex flavours and notes. But with all whiskies, casking is a core component and adds even more richness to the spirit. A very small commendable economic aspect of America are their Cooperage laws. Scotch import ex-bourbon casks at a very affordable rate due to America’s Cooperage laws, which state that bourbon distilleries can’t re-use casks, thus keeping the micro-economy thriving. Brown-Forman created their own unique cooperage, using American white oak barrels they are dried for a minimum of 9 months outside to reduce the tannins and soften the wood. The whole process is random, with each bourbon barrel having the potential of 50 different staves and heads coming from 50 different trees —adding to the complex flavour package. Compared to scotch where the maturing stage can go up to 40 years, bourbon matures in cask for six to eight. But, on the inside of the barrel, Woodford Reserve toast the interior like a wine barrel and then char it like a traditional bourbon, which is the first of its kind.

Finally, a bottle of Woodford Reserve could amount to containing parts from 100 different barrels, which helps to create a consistent taste. A comparison, if you like, is that Woodford Reserve is like a blend of the same single malt (even though it’s not a malt) which may sound convoluted, but it only adds to the brand’s uniqueness. This is further underlined due to the fact that they are the number one selling Kentucky premium bourbon in the world, available in 100 different countries and when reflecting on the fact that they are only 20 years old, this is nothing short of remarkable. To get to that magnitude clearly requires hard, consistent and unfaltering work, or as Morris tells me “stubbornness”, which is according to him a natural characteristic trait of the Kentuckians. It evidently works. 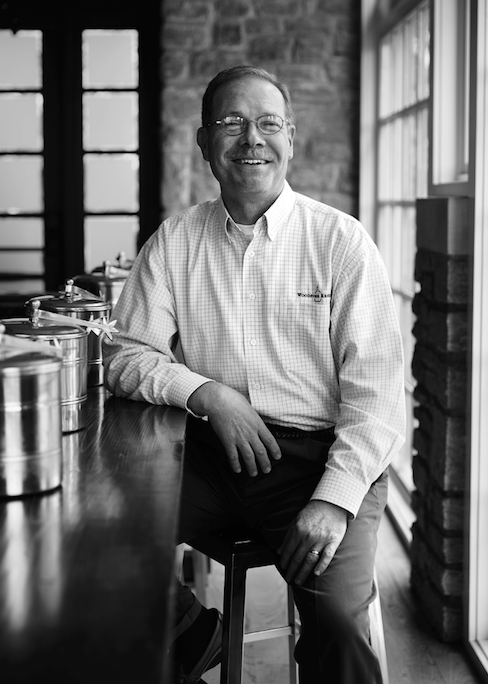 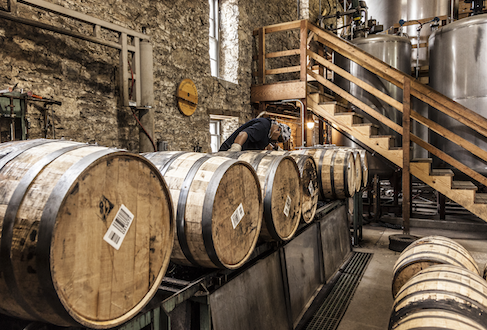 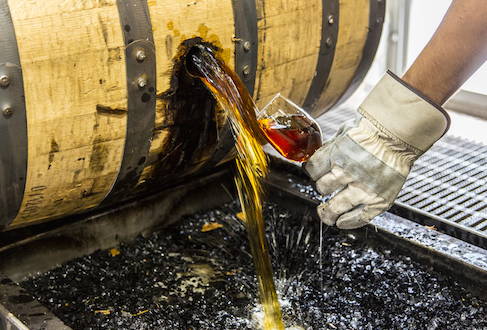 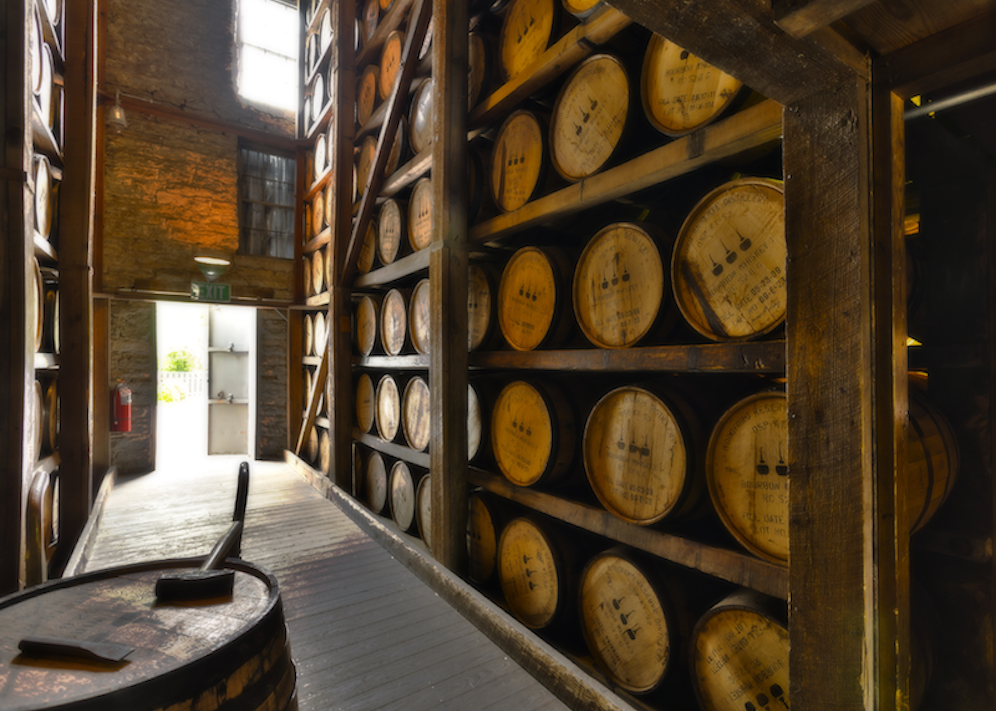 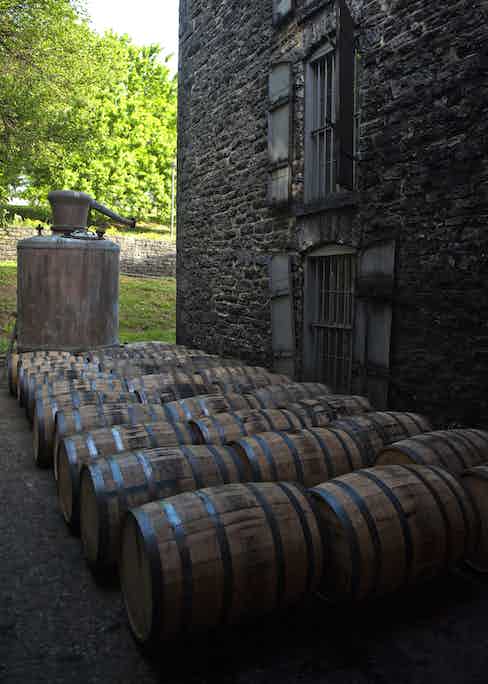 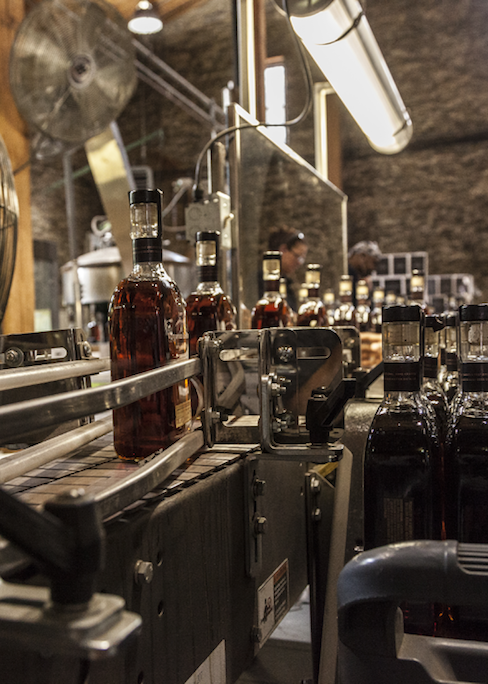