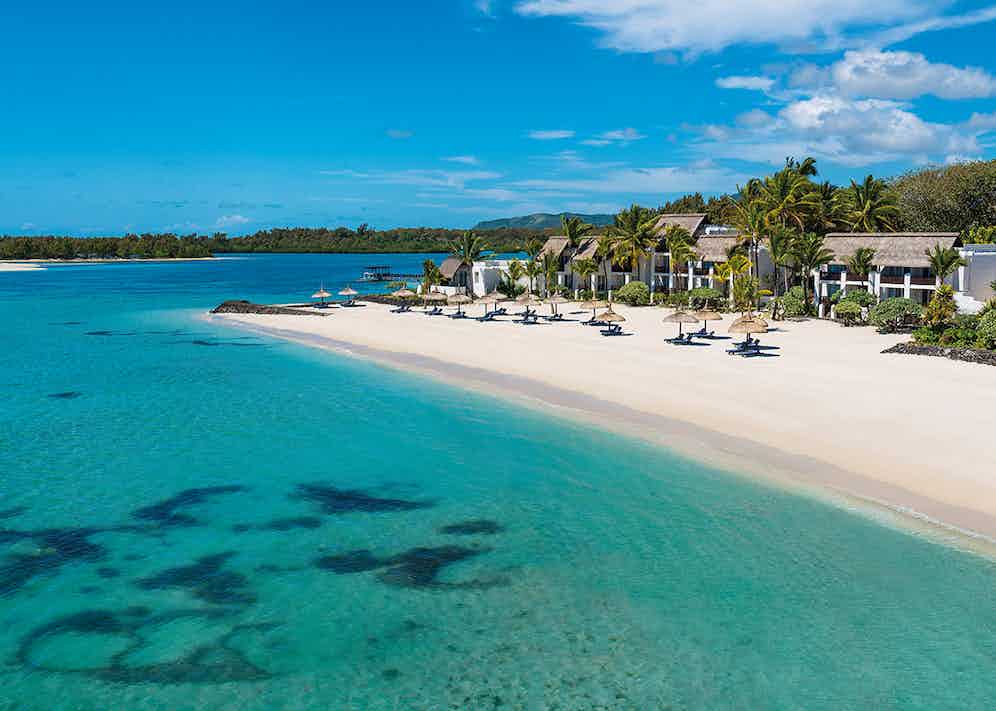 Planning a trip is always difficult. The preparation; the last-minute rush to get things done; leaving work in a reasonable position and preparing colleagues for your absence, allowing you to switch off; the financial implications. It helps, then, when there is security in the destination.

Mark Twain said, “Mauritius was made first and then heaven; and heaven was copied after Mauritius”. Twain, to be fair, was known for some outlandish levels of hyperbole, but whichever way you look at things, the Indian Ocean island does all it can to support this citation.

Historically it is a mish-mash of colonial rules, and, as a result, is about as multicultural a hotspot as can be found. Several religions, races and languages seem to harmonise incredibly well where other nations have failed. The sad fact is, though, that despite all its positives, including the weather, the country has remained poor. It has had to rely on its climate for outside investment, mainly in resorts and hotels and tourism, and in this they can claim to be a world leader. One resort is as prestigious as it is unpronounceable: Shangri-La’s Le Touessrok.

Since its opening in 1978, Shangri-La’s Le Touessrok has twice been voted the best hotel in the world. Its positioning on the east side of the island, which is the side with the best beaches — white coral beaches with bright turquoise water — sets off perfectly the luxurious yet tropical island-appropriate architecture. Of course, a hotel like this will gain notoriety for being the discreet hideaway of famous folk: the newlywed Duke and Duchess of York spent their honeymoon there.

In 2015 the highly regarded luxury-hotel owners Shangri-La gave the resort a full-scale renovation. “We mostly needed to rejuvenate the resort. The room sizes have in fact been maintained — they are some of the largest junior suites in Mauritius,” the resort’s Executive Assistant Manager, Sebastien Noat, said. (The hotel is currently tempus sede vacante with regards to their General Manager.) “The award-winning design of the bedrooms and signature bathrooms on our Frangipani wing (the site of the original Le Touessrok) have also been retained, but have also been reinvented by our incredible architects, the world famous P49, a Thai firm who have reimagined an Asian touch throughout the resort. The restaurants are most probably the area that needed most attention — concepts often require adjustment to better follow, or even set, new trends.”

It is the restaurants that give a full flavour to the hotel. Yes, the island has plenty to offer and the hotel is great at sending you out to see it, but, gastronomically, the best places to eat on the island are at the hotel — from the Indian restaurant, Safran, to the fantastic sushi at Kushi and a more casual but probably more accessible and family friendly option, the American grill Republik. “Restaurants are the heart of our hotel,” Noat says. “They are where the magic happens. Our Nobu-trained chef, our South Indian chef and our Italian Executive Chef all contribute something different to the wider culinary team of 80 of the best Mauritian chefs. Each one of them plays a part in putting Le Touessrok as an epicurean destination in its own right and the epitome of luxury lifestyle. Our guests can safely assume they will always find something to their tastes.” The seafood is predictably brilliant, as is the chicken curry dish for two at Safran, but what is best is also the most simple, wood-fired pizza on the shores of Ilôt Mangénie (more on this island later). 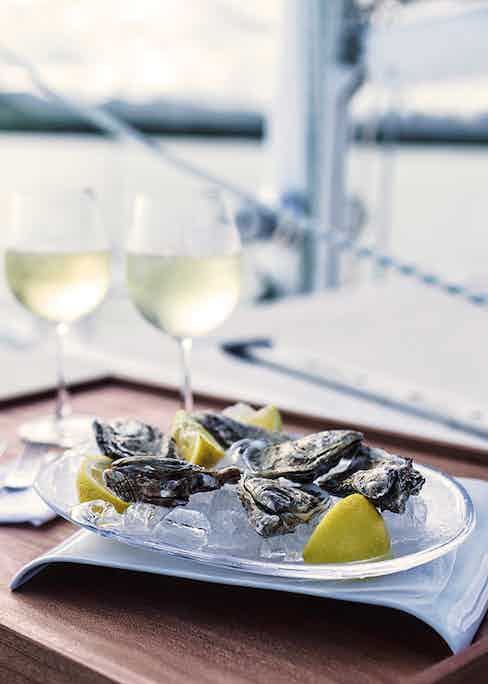 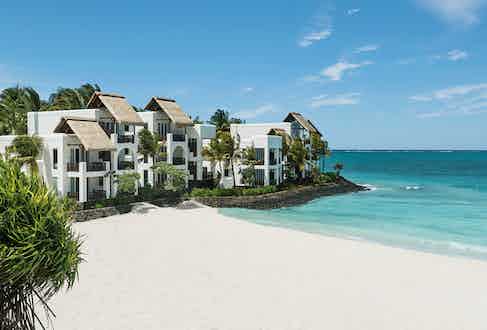 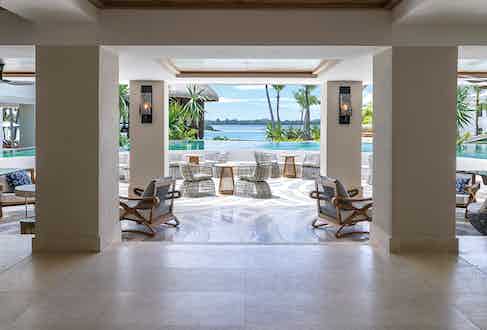 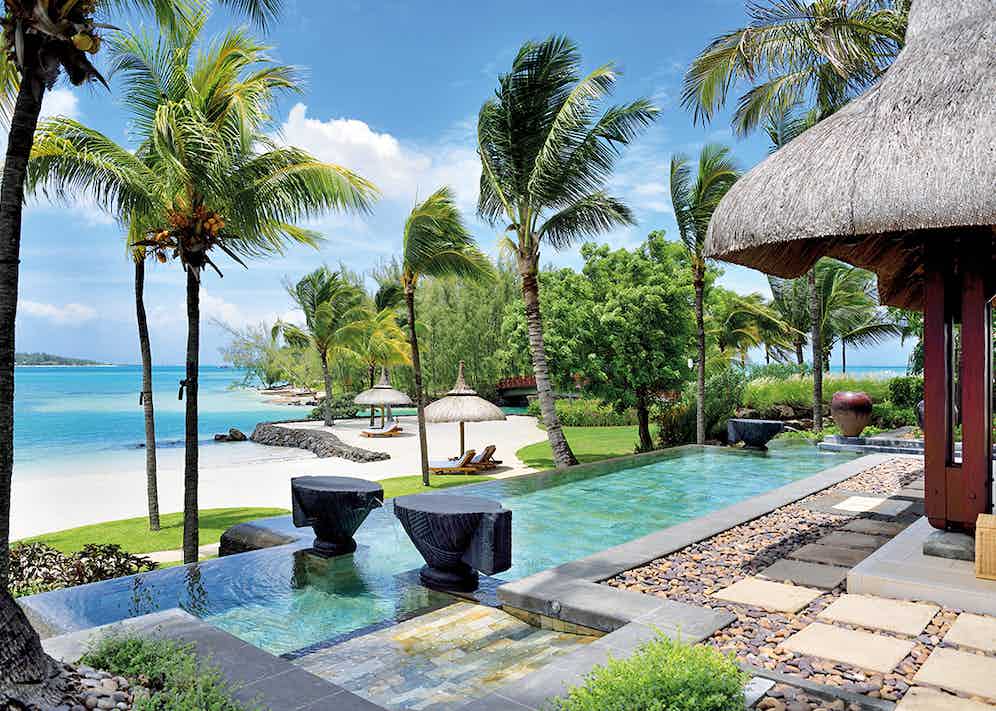 What these restaurants exhibit, as well as the excellent and varied food, is the hotel’s marvellous staff. Throughout your stay they will be determined to understand what it is you need, and will impress you with how they remember who you are and what you like. This largely comes down to experience. Many of these members of staff have been part of the hotel since it began. Noat says: “They are the most important asset of our team — they know the guests better than anyone. They can give invaluable insights into guest habits, preferences, and then allow us to anticipate our guests’ expectations on a daily basis. It’s an incredible moment to have been married at Le Touessrok in the eighties, and then to return to us to celebrate your 35th wedding anniversary — to then be waited on by the very person who waited on you during your wedding dinner, all those years before. These are Le Touessrok moments.” A Le Touessrok moment of mine was when a waiter and gardener grabbed a ladder, climbed a tree, cut down a coconut, stuck a straw in it, and brought it to my deckchair, because I said I loved coconut water.

The fact that this hotel is so large makes this kind of service even more impressive. There are 200 rooms or so, ranging from regular rooms (though nothing is really ‘regular’, you understand) to the enormous private villas that are spectacular and have a full team looking after you. Its size could potentially be its downfall, as you could find yourself becoming more of a statistic, but Le Touessrok seems to have circumvented this particular obstacle and used it to their advantage. Size means privacy and intimacy: there are two islands if the main grounds of the hotel feel too deckchair-laden for your liking.

Ilôt Mangénie is pretty remarkable: it is entirely owned by the hotel and completely private. The routine of taking the small skiff over to the island to spend the day looking out over the ocean doesn’t get old, and is as close to the Robinson Crusoe sense of isolation that is sometimes needed in life. Îls aux Cerfs is open to the public, as it has a golf course. This is the ‘activity’ island, and therefore less ideal for privacy and tranquillity. However, for children and active tourists, the hotel caters for you, too. The spa is fantastic, as are the pools (one is adults only), there is a well equipped gym, and there are some pretty old turtles, too.

Mauritius doesn’t need to be ‘sold’: its fame as a destination is partly due to the lottery of latitude and longitude. Moreover, great hotels don’t get complacent, and though Le Touessrok has over the years seen different companies attempt to create their version of heaven, what we see there today might have prompted some hefty renovation efforts up above.

Originally published in issue 49 of The Rake. Subscribe here to read more. 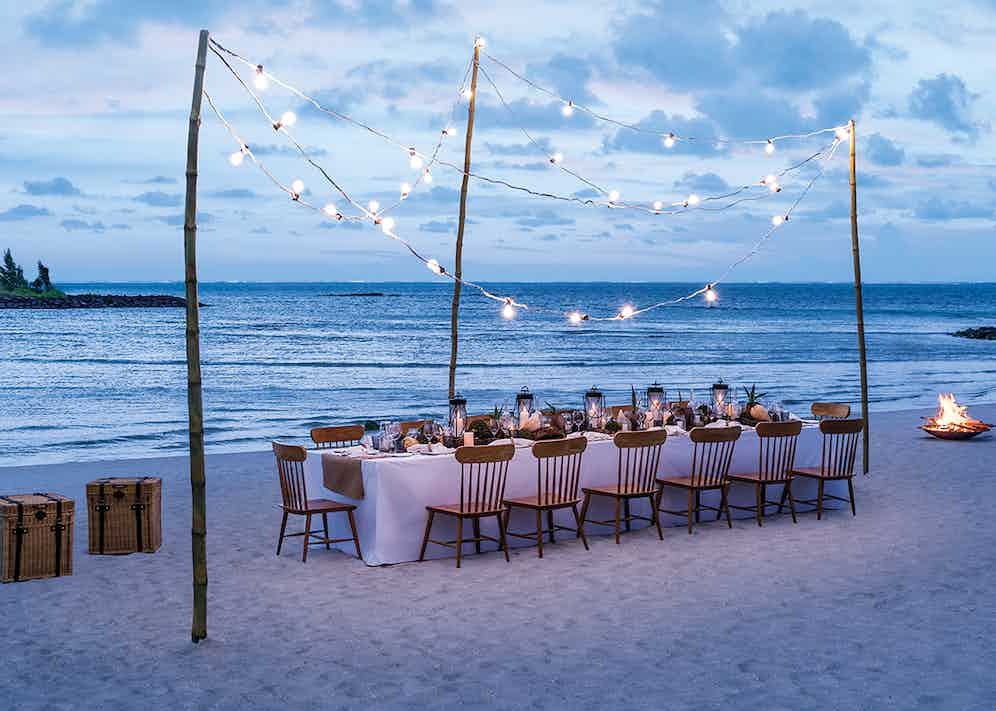