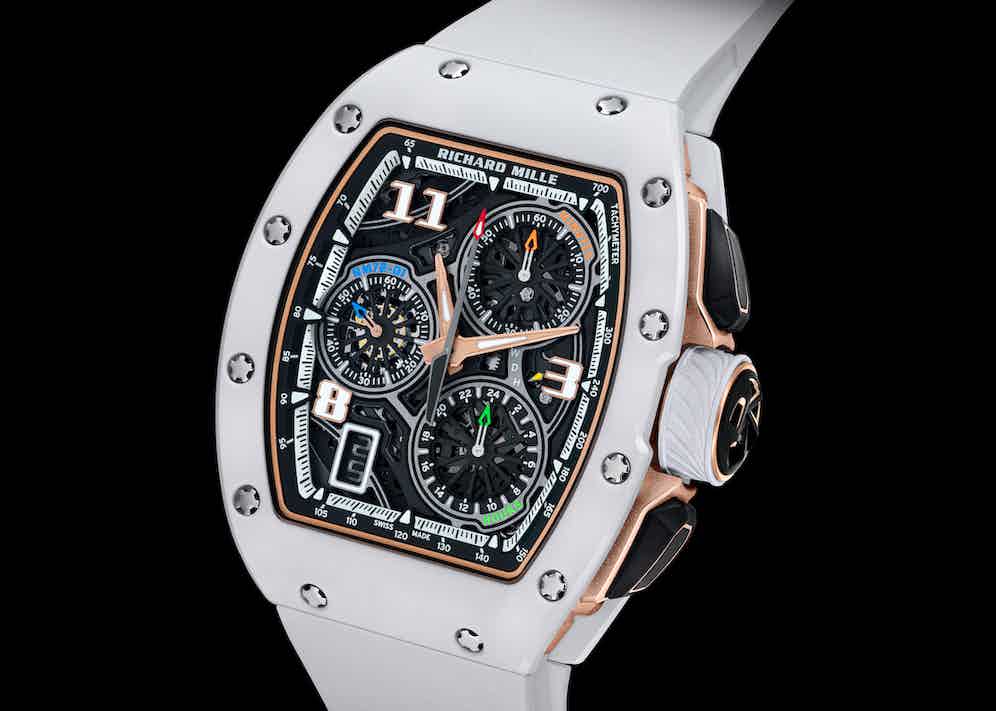 So receptive is Richard Mille’s antenna to the future, this year he obstinately deferred the prospect of grand celebrations to mark his eponymous firm’s 20th anniversary, as he felt the brand belongs to the future and not the past. It’s this unremitting desire to revolutionize and innovate in ways not seen that has cemented his position as the architect of the most trailblazing mechanisms in the modern era.

Like most entrepreneurial mavericks, he doesn’t define himself as practicing the very art in which has made his name. He doesn’t consider himself to be a watchmaker yet he’s single-handedly in only 20 years reshaped our taste for watches. The successful production of PVD-coated titanium baseplate in his first watch, the RM 001 left classical baseplate designs behind, thus paving the way for him to put his foot on the first rung of the ladder. 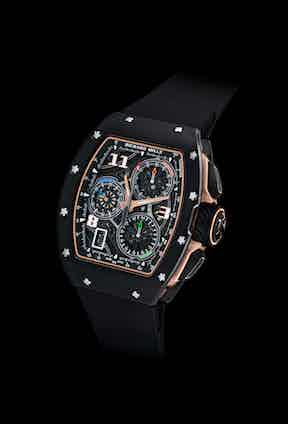 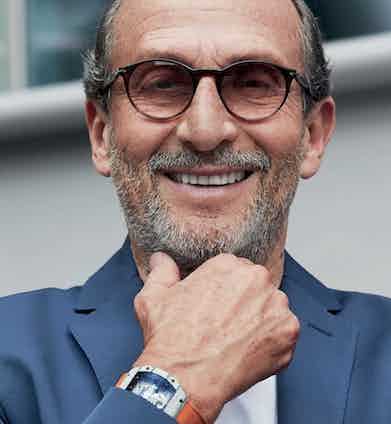 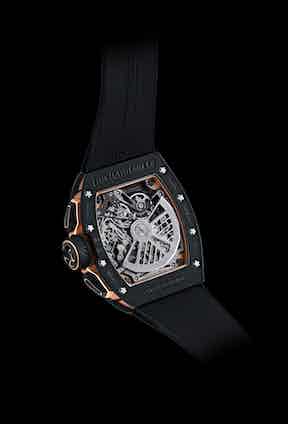 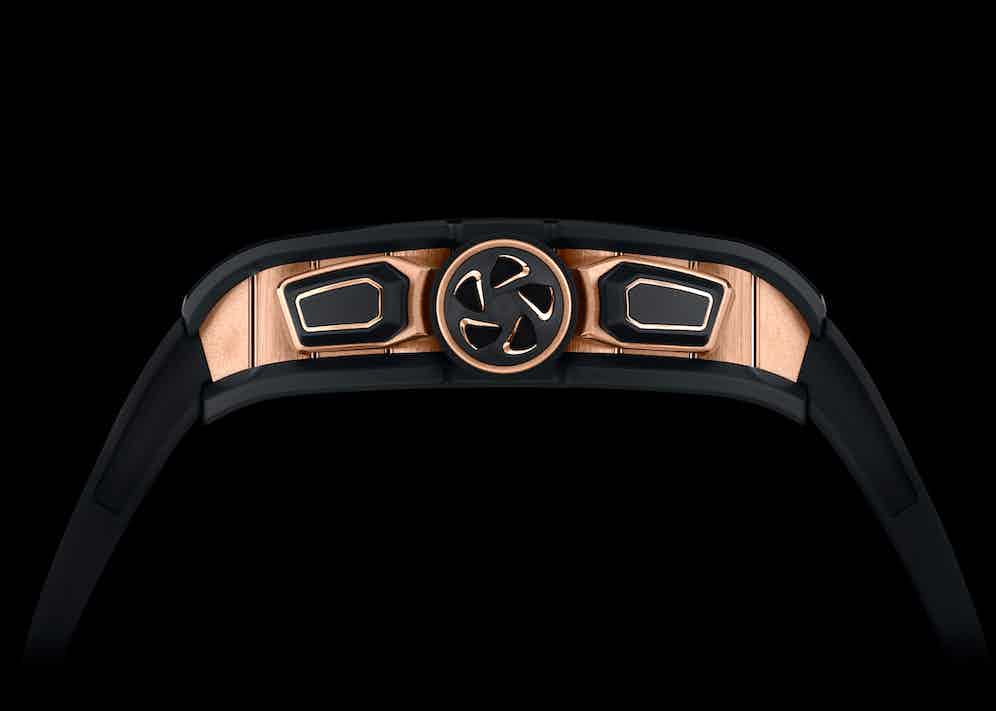 Since then he has continued to break away from all that was technically done at the time. His movements have incorporated never-before-used materials like aluminium-lithium and carbon fiber. Watches representing radical examples of anti-shock technology is a coup stemming from the use of futuristically lightweight materials. Richard Mille recognised that the lighter the watch, the more resistant to shock it would be, and so applied it to high watchmaking. This reached the zenith of achievement with the RM 27, the world’s lightest mechanical watch created for none other than Rafael Nadal.

Unveiled last year, the timepiece in question is the RM 72-01 Lifestyle Chronograph. Initially available with a 5N red gold or titanium case, the timepiece is now proposed with a black TZP or white ATZ ceramic case (38.40 x 47.34 x 11.68 mm). This ceramic alternative boosts its sporty character and adds an extra touch of up-to-the-minute elegance. Singular yet timeless, the RM 72-01 is the first-ever Richard Mille watch to boast an automatic caliber equipped with a flyback chronograph that is entirely designed, crafted and assembled at the brand’s workshops. 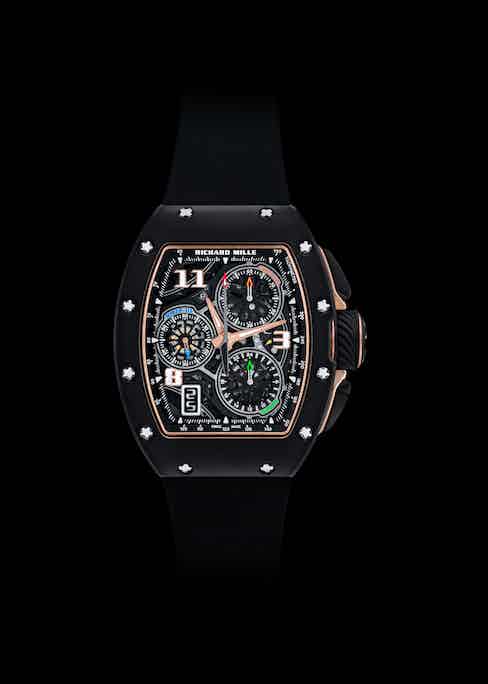 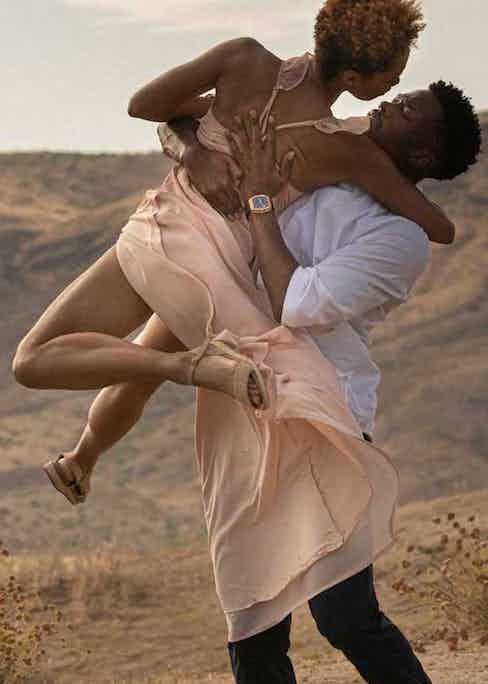 Revolutionary on the technical front as every Richard Mille invention is, the RM 72-01 somewhat differs on the cultural front by fully embracing the notion of unisex. Irrespective of gender, today watch enthusiasts tend to wear what they like, but this chronograph was beautifully expressed as being gender-neutral in a campaign featuring two dancers unleashing their natural vitality in an unstructured and organic pas-de-deux. Shortly after the release of the RM 72-01, the Founder of The Rake & Revolution magazines Wei Koh said: “The first thing that I loved about the RM 72-01 was that it was communicated through imagery and a video directed by Benjamin Millepied showcasing the watch on both men’s and women’s wrists. While I may not be the biggest fan of gender fluidity in clothing, I believe the most successful watches in the world have reached a status so iconic that they can no longer be gender specific. For example, I have long adhered to the belief that a gold Daytona looks better on a woman than a man. Think of the short list of truly immortal watches: the Nautilus, the Royal Oak, the Day-Date — all of these watches are worn with equal aplomb by men and women alike.” 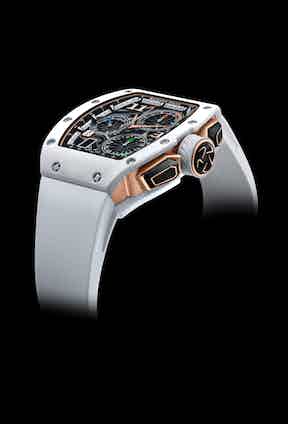 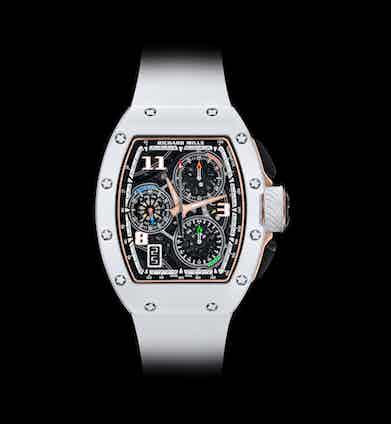 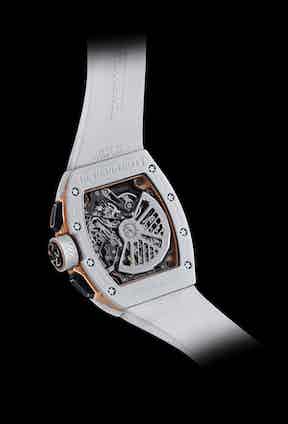 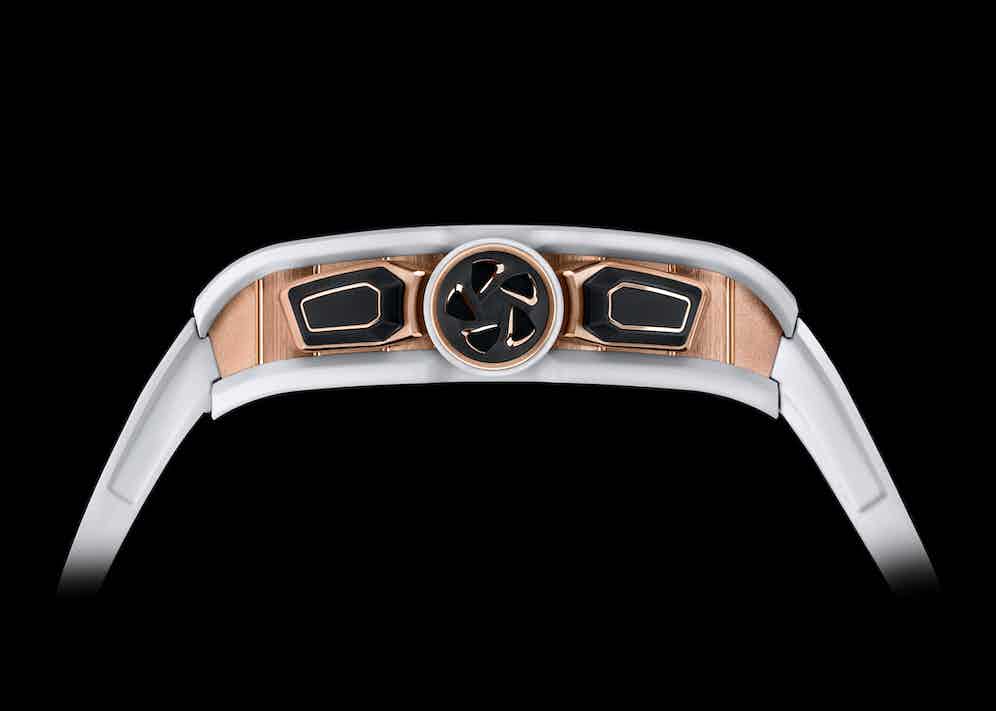 Since 2010, the Paris Brain Institute, located in the heart of Pitié-Salpêtrière Hospital in Paris, Europe’s largest in terms of neurology has focused on research dedicated to pathologies of the brain and spinal cord. Before pledging his backing, Richard Mille said: “My friend Jean Todt, who helped found the Paris Brain Institute, approached me and with Gérard Saillant, the Institute’s president, convinced me of the need to contribute to this cause.” 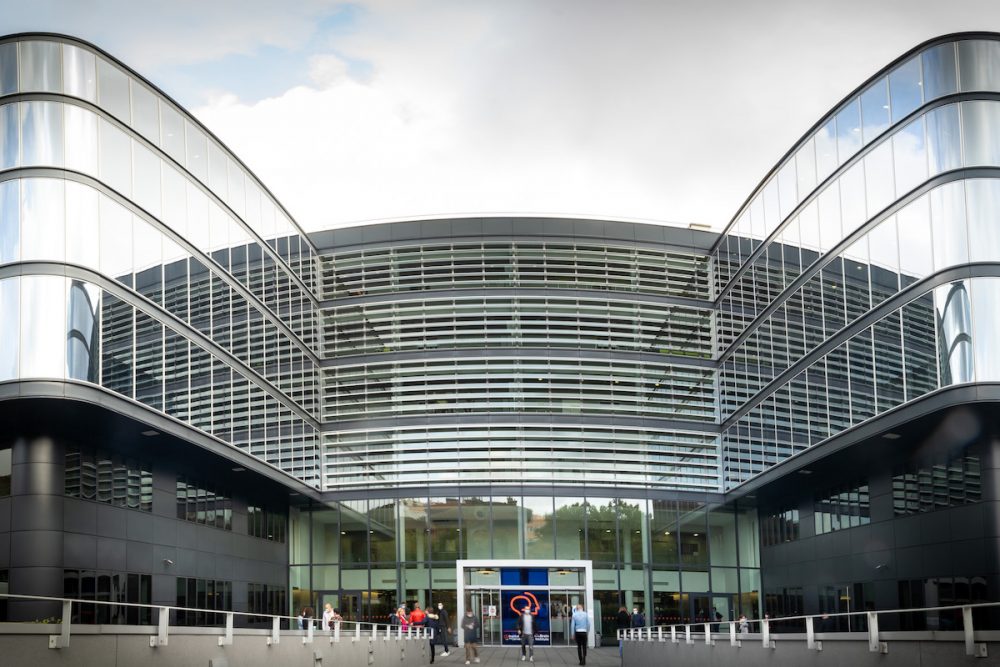 Paris Brain Institute, located in the heart of Pitié-Salpêtrière Hospital in Paris

The Richard Mille brand has supported the Paris Brain Institute since 2012, fighting for a universal cause that has real meaning. Richard Mille made a personal commitment in 2019, when he became a member of the Institute’s Campaign Committee. This year, the brand doubled down with the creation of the Richard Mille Donors’ Club. This Club represents a new and direct link between the Richard Mille clientele and the major stake that is the Paris Brain Institute. The goal is simple: invite their dear customers to sustainably support the ICM in its eternal fight against diseases that unfortunately do not spare anyone.