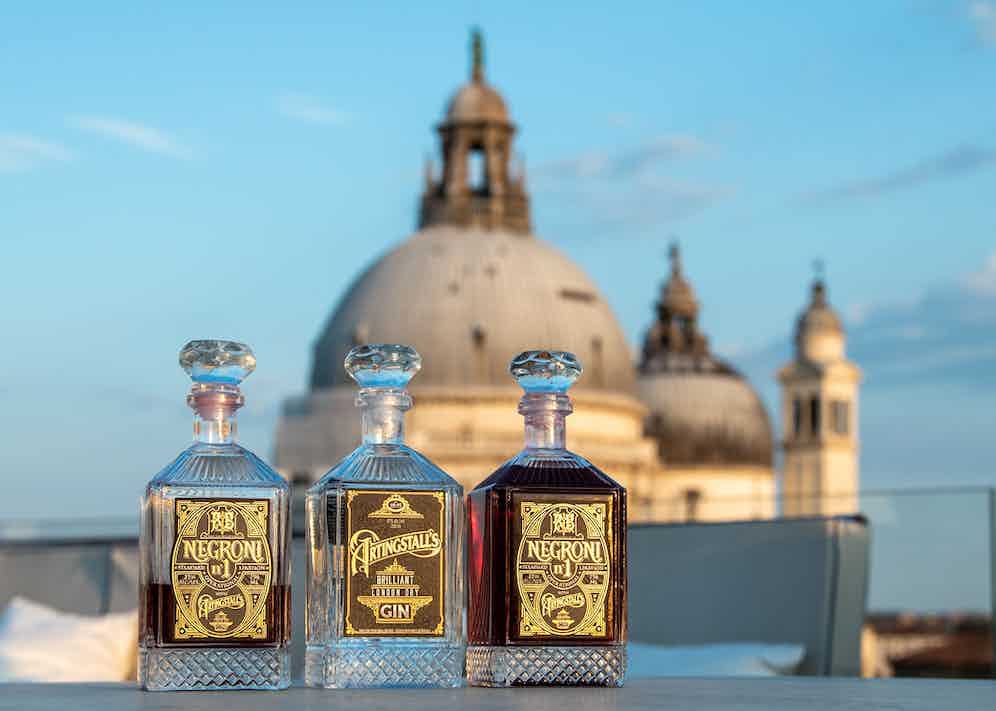 In July 2007, Raphael’s portrait of Lorenzo de’ Medici, Duke of Urbino (1492 – 1519), was the most important work by the artist to come to auction since 1892. Not on general view to the public, it hung in a special room like a precious relic in a magnificent Renaissance gold frame at Christies, London. Here it glowed with vivid intensity, with every microscopic detail romanced and strengthened in the eye of the viewer. Admittedly, the especially curated lighting enhanced its beauty, but the influence the frame had on it selling for £18.5million (well beyond the top estimate of £15million) cannot to be underestimated. Bought from a leading Old Master scholar and dealer before the sale, it made certain that the exquisite painting benefited from a nonpareil frame. 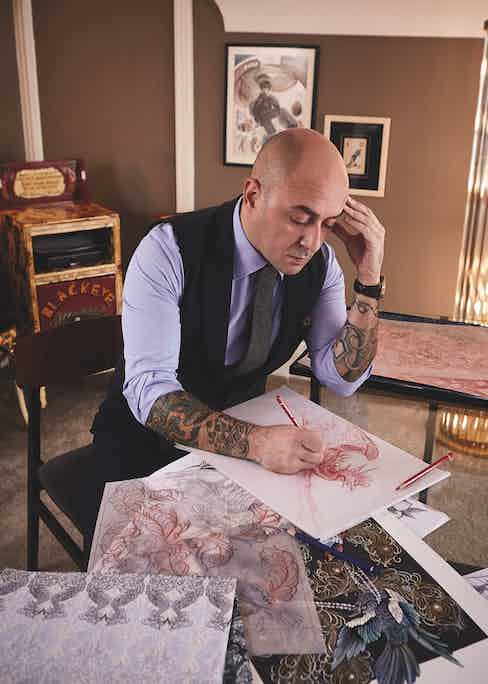 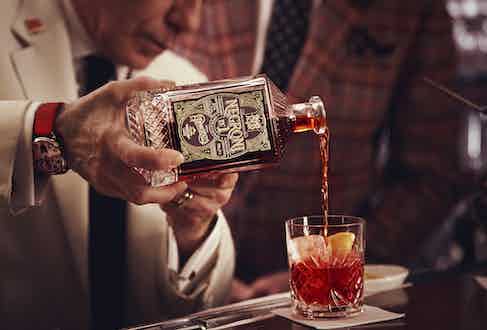 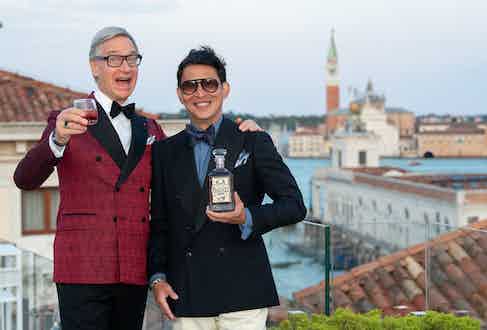 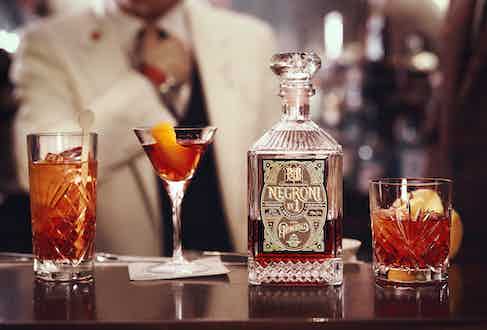 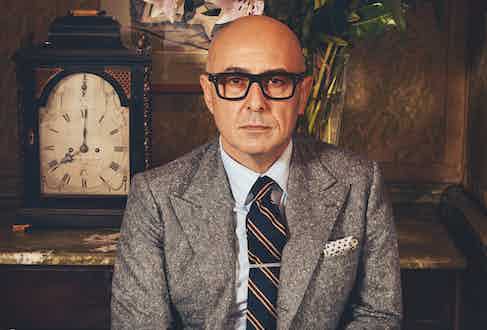 Like Raphael’s portrait, the dedication and craft that has gone into The Rake Tailored Beverages first bespoke cocktail, the Negroni No. 1 has been meticulous. The manifestation of multiple years of research and recipe perfection has been realised by the talents of stakeholders in all corners of the globe: Wei Koh, Singapore, Paul Feig, London and Ravinder Minhas, United States are the entrepreneurial triumvirate in question. With all three having an insatiable appetite for an aesthete, it was unlikely that the pioneering recipe was to be the only heralded facet of The Rake Tailored Beverages.

Founded by Hollywood Director Paul Feig, many will know by now his award-winning gin brand Artingstall’s is the elected gin in the Negroni No.1. Paul is obsessed with all forms of martini glasses, and collects drinks sets from the ‘50s and ‘60s and so it was no surprise that he lent his creative soul to the design of the Artingstall’s bottle. Coincidently after Minhas suggested a decanter, Paul saw one in a second-hand shop, bought it, sent it to Minhas, and together they conjured up a classic and ornate decanter to house the gin. 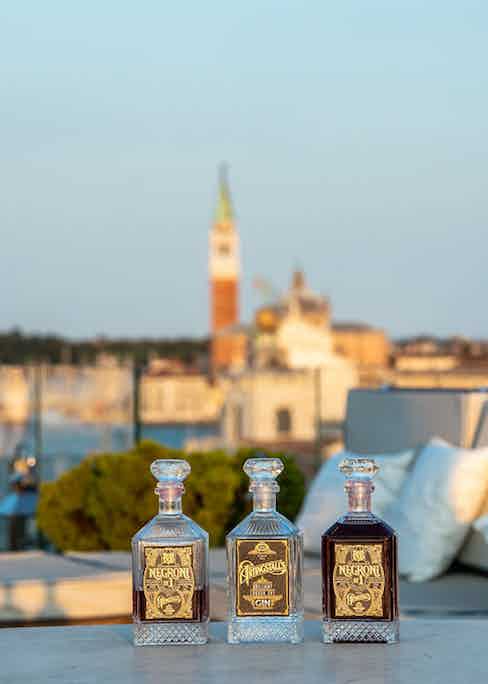 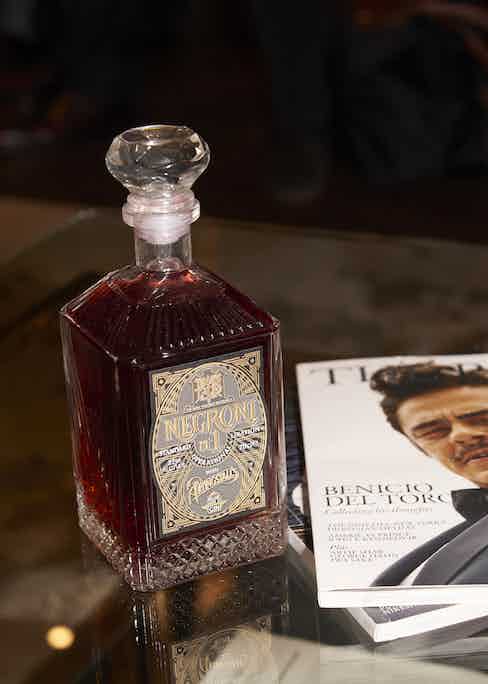 Considering the Negroni No. 1 was the result of one year’s work and, in particular, the brilliance of two men, Paul Feig and Ravinder Minhas, whom our Founder Wei Koh considers the gods of the Negroni, it was only right that our very own Negroni No. 1 be concealed in the same virile-yet-decorative decanter. For not only is it conserving a cocktail, but within each decanter is the soul of the community and attitude that the Negroni called upon to keep us together during this testing time. Guy Harrison of The Senior expands on this notion: “The Negroni is the enlightenment of democracy: born out of a liberated egalitarian fraternity in which each constituent part lends its spirit to the ultimate cause of human happiness”. 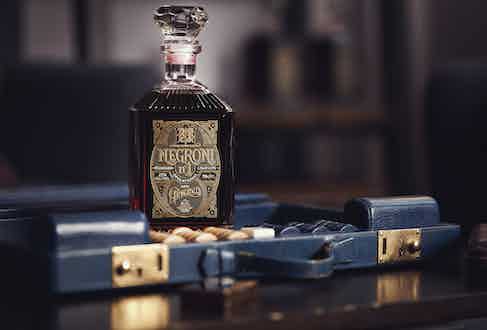 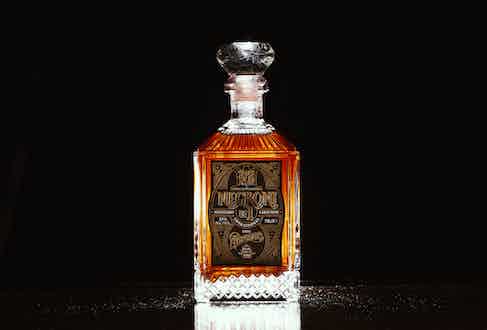 But there is one component we have yet to mention; the label on the glass decanter is in fact an integral element that crowns the artistry of the Negroni No. 1. It is when the triumvirate of contributors became a quadrumvirate. Having been a long-time friend of The Rake, and proprietor of one of London’s most esteemed tattoo parlours, The Family Business, we sought the artistic prowess of Mo Coppoletta. Moving beyond the world of tattooing, Mo is well-known to explore different mediums and as such is an in-demand creative in the areas of art and design. He is known to lend himself to applications within branding, product design, printed media, and beyond, and so we we’re delighted when he designed a fitting and beautiful label on the decanter of the Negroni No.1.