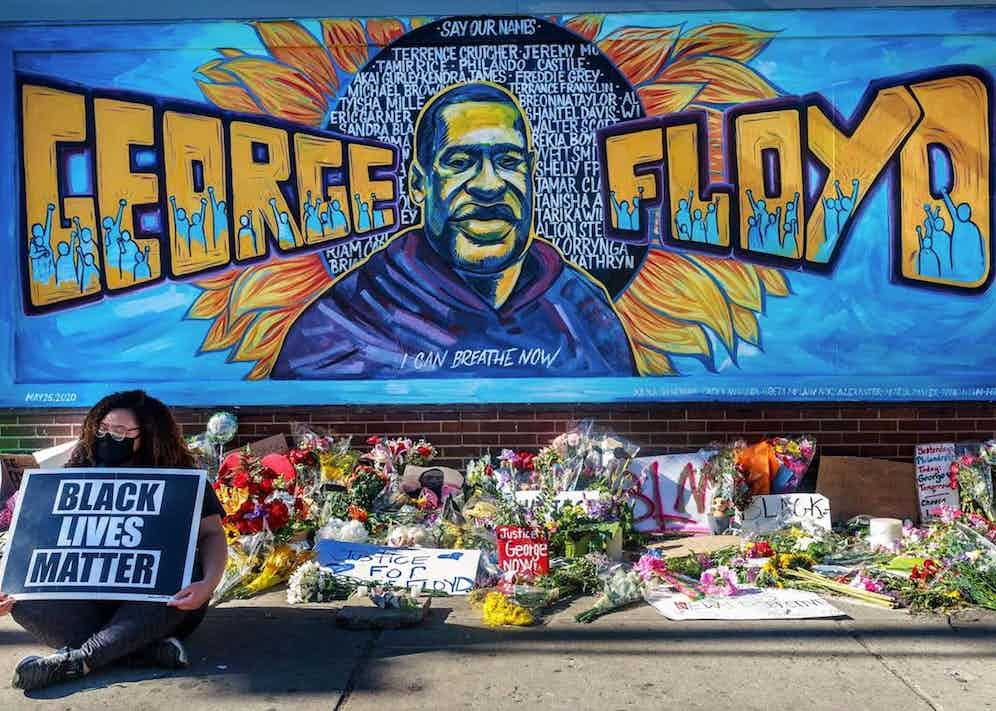 On the 25th of May 2020 amid the Covid-19 Pandemic, before the eyes of the world, George Floyd an African American man was executed by a white American police officer named Derek Chauvin. To say this was an isolated incident would be sadly misleading as since joining the Minneapolis police force in 2001 Chauvin has received 18 complaints against him.

"latimes.com: Derek Chauvin, officer arrested in George Floyd’s death,
has a record of shootings and complaints"

The reaction of most people was shock, then horror, followed by outrage as we saw Chauvin press his full body weight into Floyd’s neck who was handcuffed lying prone and being held down by two other officers.

Chauvin continued to exert pressure on his neck even as Floyd begged him to stop, told him repeatedly he couldn’t breathe and then finally prayed for his mother to help him before he died. You can hear in his voice the full terror he experienced as he knew he was being murdered, before a gathered crowd and yet no one could help him.

Chauvin continued to keep his knee on Floyd’s neck with an expression of terrifying equanimity on his face clearly backed by the full composure of a raging psychopath. Then the world waited for what must be justice, the omnipotent hand of an Old Testament God to enact his terrible wrath on Chauvin and the other officers who were complicit in this murder. But nothing happened.

Sure, the officers were fired. A measure of self-preservation from the Minneapolis police force that seemed woefully inadequate. But where were the murder chargers? Where were the images of these savages being led away in handcuffs to face retribution? It didn’t happen. Finally, days later Derek Chauvin was charged with Third Degree murder. 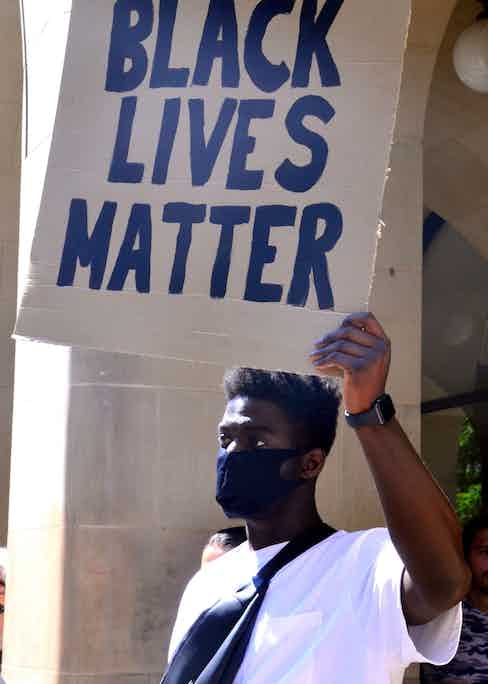 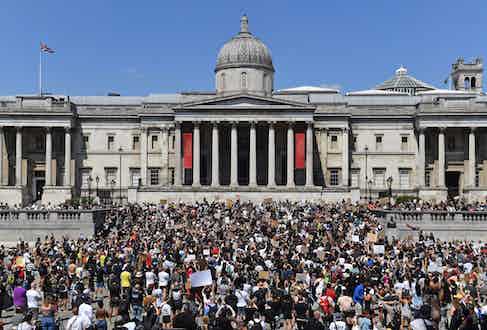 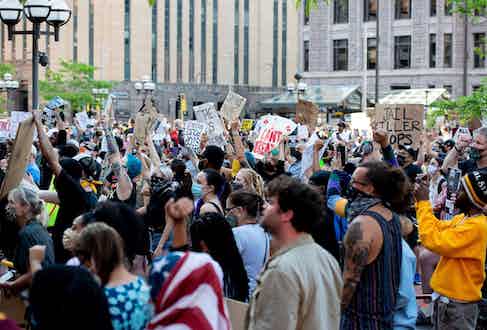 What is Third Degree murder? Minnesota originally defined this as an act “without intending to affect the death of any person causing it.” In 1987 it would become a charge levied at someone who sold drugs that resulted in death. It also refers to the death of an unborn child and holds a maximum sentence of 25 years.

From what I can tell there is no minimum sentence. The charge was basically set up to create a scenario of “culpable negligence” by Chauvin so that he might claim that Floyd’s death happened inadvertently. When the world realized how woefully inadequate the charge was, when we could already see the gears and levers of the system aligning to let Chauvin walk away relatively unscathed, when the world reached a point just two months after an unarmed, jogging Ahmed Aubrey was senselessly gunned downed by two white vigilantes Gregory and Travis McMichael, where it couldn’t take it anymore; when the world could no longer bear the sorrow, the outrage, the ethical corruption and the moral bankruptcy, it fractured, it split apart and it exploded in fire.

What started out as peaceful demonstrations across the United States quickly turned violent in a sad and ugly way when people feel that violence is the only means they have of being heard. And overnight there were riots and looting along with these meaningful demonstrations. Don’t get me wrong. While I cannot condone looting. Especially when the businesses being looted are owned by the very same people who are the victims of the social injustice.

Looting is not the same as slowly and methodically murdering someone in broad daylight. And when I hear people voicing their outrage about looting and trying to equate it with the murder of George Floyd I feel the need to explain that, “Sorry no the burning, destruction and theft of property, while reprehensible, in no way comes close to the intentional and cruel taking away of a human life.” The first results from anger, greed, stupidity or desperation while second is the result of pure, unadulterated evil.

The problem is that invariably this perspective of “Why do people have to react so violently? This is so counterproductive,” is one held by a specific type of person. And if you adhere to this belief it’s because of one simple reason. You are part of the majority. The laws, the systems of belief, the economic strategy of your country, wherever in the world you are have been set up to benefit and protect you and those like you.

And I don’t blame you. Being the majority feels awesome. It’s like being the most popular kids in high school for your whole life. But you have no idea what it’s like to live as part of a minority, where you feel that no matter how you are victimized, no matter how bullied, unfairly vilified or oppressed, it is impossible to be heard and implausible to receive justice. That’s why people were so angry because they felt that incredible pain of systemic injustice and they reacted with rage. 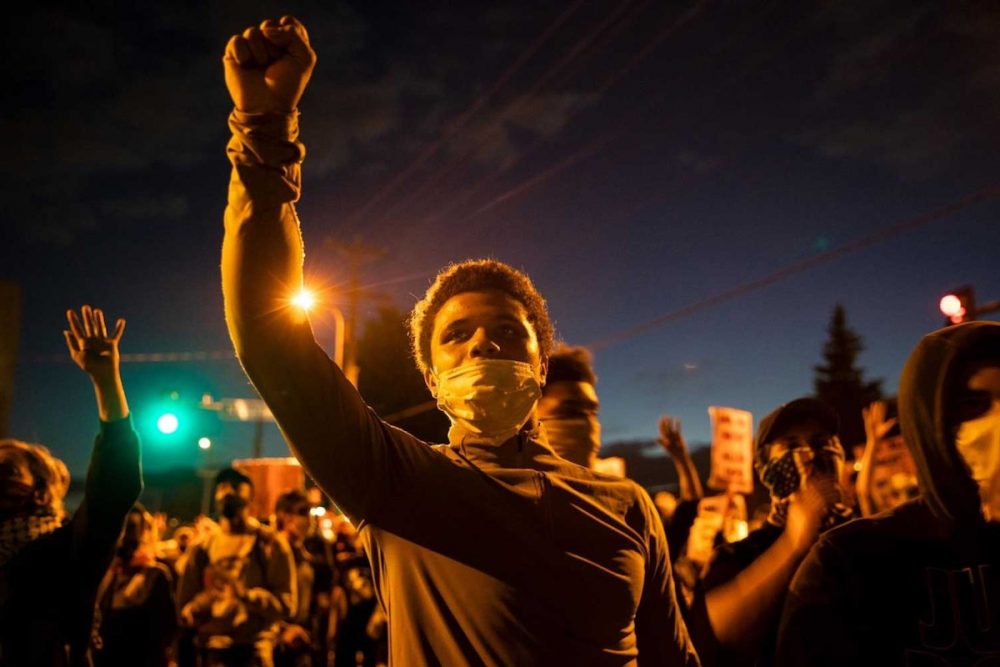 But imagine as a Caucasian person that you were forced to grow up and live life in a non-Caucasian dominant country, where every day you would be reminded you were a minority. Every day your actions would be scrutinized with suspicion. Every day your soul would be poisoned by a sense of malaise that your very DNA assures that you will never be on equal footing.

Even if you are eventually one of the few that makes it to the top of your profession, you will never become an entrenched part of the elite, the decision and policy makers. Never admitted into the inner sanctum. And even if you do, it’s because the majority wants you there to serve their needs and can take away everything you have the moment you step out of line.

Imagine then that your brother is arrested, dragged to the ground and is being choked to death, slowly for 8 minutes 46 seconds. You are forced to watch helplessly, and he dies an excruciating death before your eyes. Are you starting to get the picture?

It pains me to see the violence that erupted in the demonstrations claiming victims on both sides. It also saddens me that all law enforcement is being vilified because beyond Derek Chauvin and his colleagues and the idiot NYPD officers that drove into a crowd of protestors, there are some very good law enforcement professionals, who felt the call to enact good not to oppress and intimidate.

Yes, there are the bad ones like Tou Thao who also has a record of complaints against him and can be seen shoving a young man that is trying to point out Floyd is unconscious, or San Jose Officer Jared Yuen, who can be seen on video screaming expletives, clearly enjoying perpetuating violence on demonstrators. I have just one thing to say to Thao and Yuen. “Fuck you motherfuckers,” as Asian Americans you bring shame to us with your cowardice.

But then there are great law enforcement officers such as like Michigan Sheriff Chris Swanson who explained to the crowd of demonstrators, “The only reason we’re here is to make sure you’ve got a voice.” I applaud you. I also applaud the multitude of generations, the multitude of races who took to the streets to unite their voices and declare that “Black lives matter.”

For those using what started as an act of righteous indignation to loot or commit senseless acts of violence you are disempowering and undermining all the good people who came to demonstrate in solidarity. Yes, their voices are angry. They should be. They are hurt. But their message is pure. And it calls for the end for the systemic murder of black people in America.

A full week later the remaining three officers that are irrefutably complicit in Floyd’s murder remain free. Two of these officers helped to hold Floyd down, as Derek Chauvin was calmly and methodically murdering George Floyd he appeared at one point to even smile.

Third degree murder is for a charge where death happens as a result of negligence. There is nothing negligent about Chauvin as he appears to intentionally compress Floyd’s carotid artery. In martial arts, you learn to immediately release a hold like this because holding it for a few minutes results in brain death.

Derek Chauvin kept the pressure on Floyd’s neck for 8 minutes 46 seconds in an act of ruthless and intentional murder. A full week later, even as the United States burns, Derek Chauvin is still only charged with third degree murder and second-degree manslaughter. A full week later the leader of the United States who should be declaring an end to the needless murder of black men and women in America by the police is silent on the subject.

Where are the voices of Hollywood amid all this? Where are the voices of hip-hop and the music industry? If you are a social media influencer and during this time of crisis you are taking vapid, asinine, self-obsessed images of yourself you are a fool and an irrelevant vestige of an era of self-obsession and vulgar consumption that has come to an end. For all these reasons the world has felt it had to express its collective disgust and its solidarity in combating this injustice and shout out, “America, stop murdering black people.”

Everyone including and especially the voice of the majority, the voice of white America has to stand up for this. Because as Bishop Desmond Tutu correctly said, “If you are neutral in situations of injustice, you have chosen the side of the oppressor.”