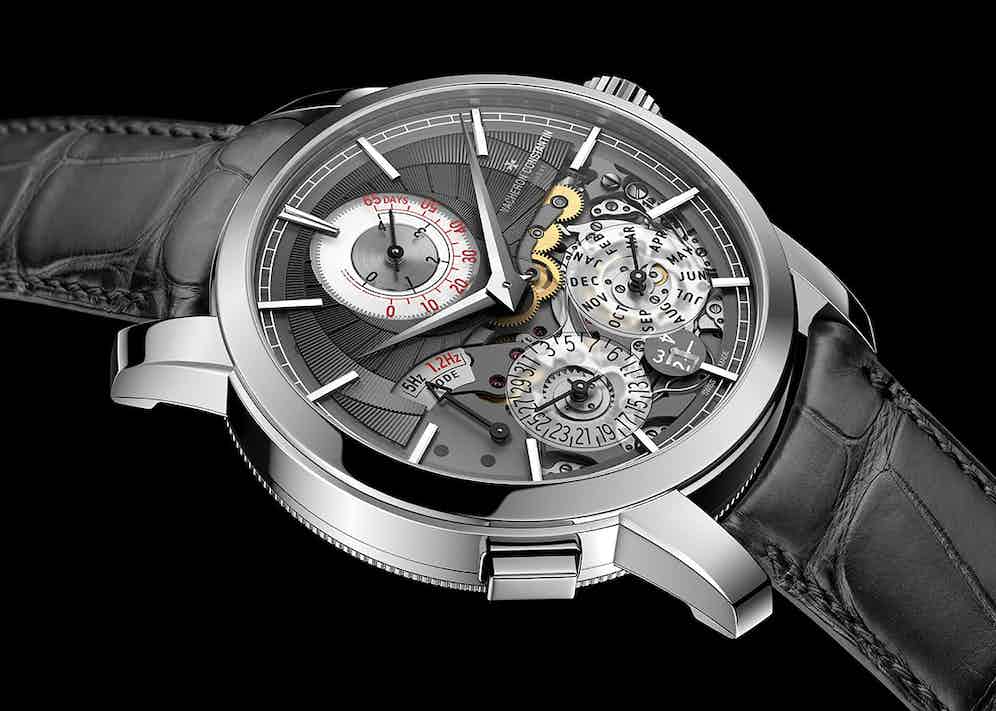 The annual fine watch extravaganza that is SIHH rolled into Geneva last week and did not disappoint horology hunters. There were so many fantastic new models, reiterations of classics, and plenty of curve balls along the way that we could write about, but we'll leave most of the column inches to our infinitely more knowledgeable sister publication Revolution (www.revolution.watch). For now though, here is our pick of the watch releases that had us salivating... 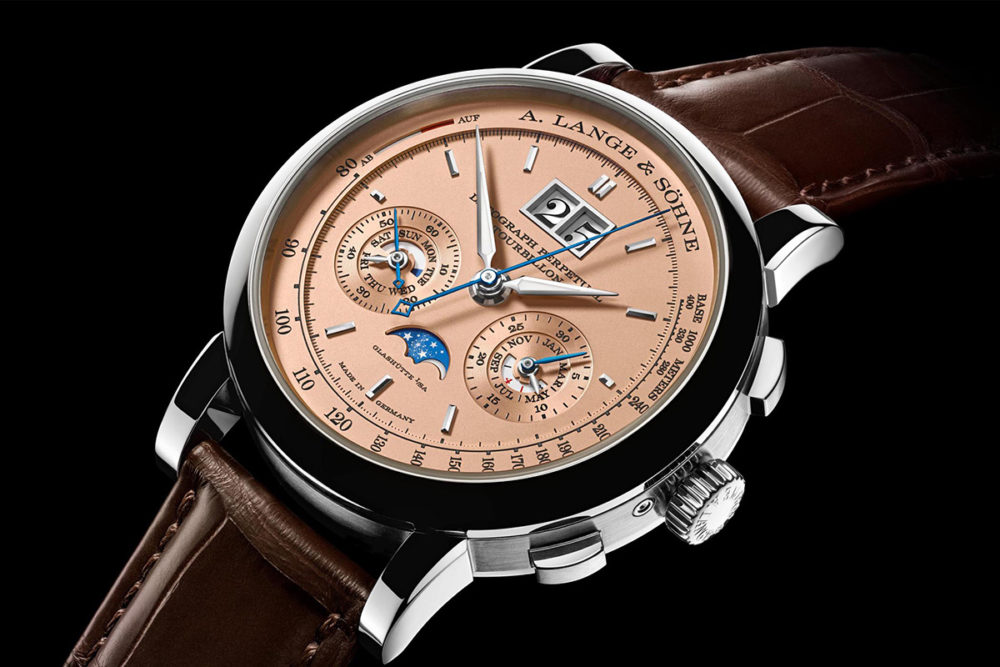 The German watchmaker A. Lange & Sohne came to SIHH 2019 with five new models to showcase to the horology world and none of them disappointed. To honour the anniversary of the original Lange 1, they presented a stunning 25th-anniversary white gold reference that is perhaps the nicest iteration of them all (only 250 of them will be made). But the watch that got tongues wagging the most was the Datograph Perpetual Tourbillon, which must rank among Lange's most complex watches ever built. Featuring a flyback chronograph, perpetual calendar with moon phases, an outsize date, a one-minute tourbillon, and pink gold dial, it is a truly remarkable feat of miniature engineering and aesthetic mastery. 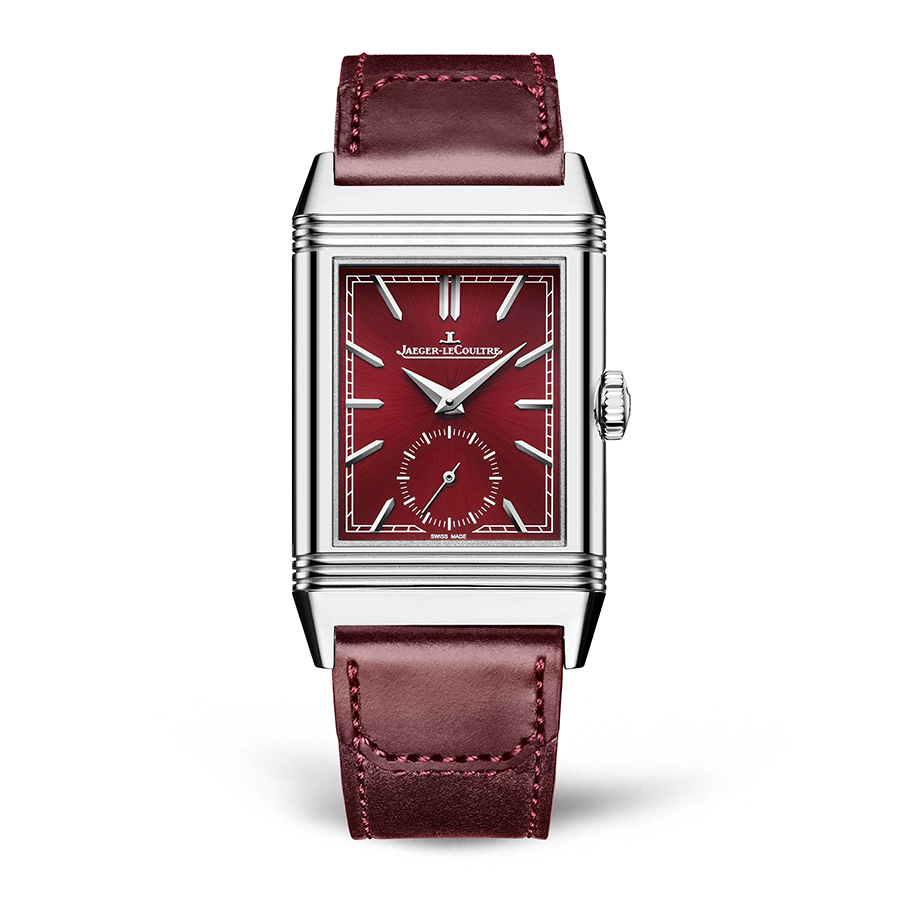 Where to start with Jaeger LeCoultre? Of the new watches presented, - Master UT Moon Enamel; Master UT Enamel QP &Tourbillon; Master Grande Tradition Gyrotourbillon Westminster Perpetuel; and Reverso Tribute Small Seconds (wine-red dial), I couldn't possibly pick a favourite, but I would certainly pick all of them had I the funds! The diminutive dimensions of the Master Ultra Thin were something to behold, and no matter how many times one turned the watch on its side, one still couldn't believe it could achieve such a svelte waistline without some recourse to sorcery. The Gyrotourbillon, with its melodic charm and ridiculous complexity was naturally the talk of SIHH, but there was something about the burgundy Reverso that kindled an emotional response in me. Elegant, classic, but just a little bit naughty dressed in red. 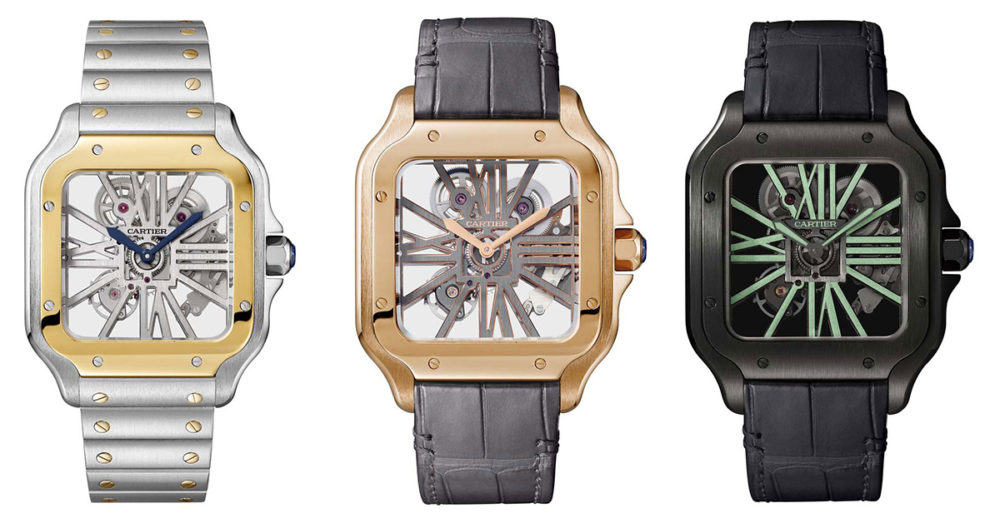 Cartier's presence felt huge at this year's salon, carrying forward the momentum it created last year with the revamped Santos. This time around, there were plenty of fresh iterations of the classic, not least a new big and bouncy 42mm chronograph model. My highlight, however, was the emperor with no clothes, that is, the skeleton iterations of the Santos, which brought an edgy contemporary look to old-school glamour. There was even a nod to the trend of all black watches with the release of the 'Noctambule', which features Super-Luminova on its skeletonized movement bridges. 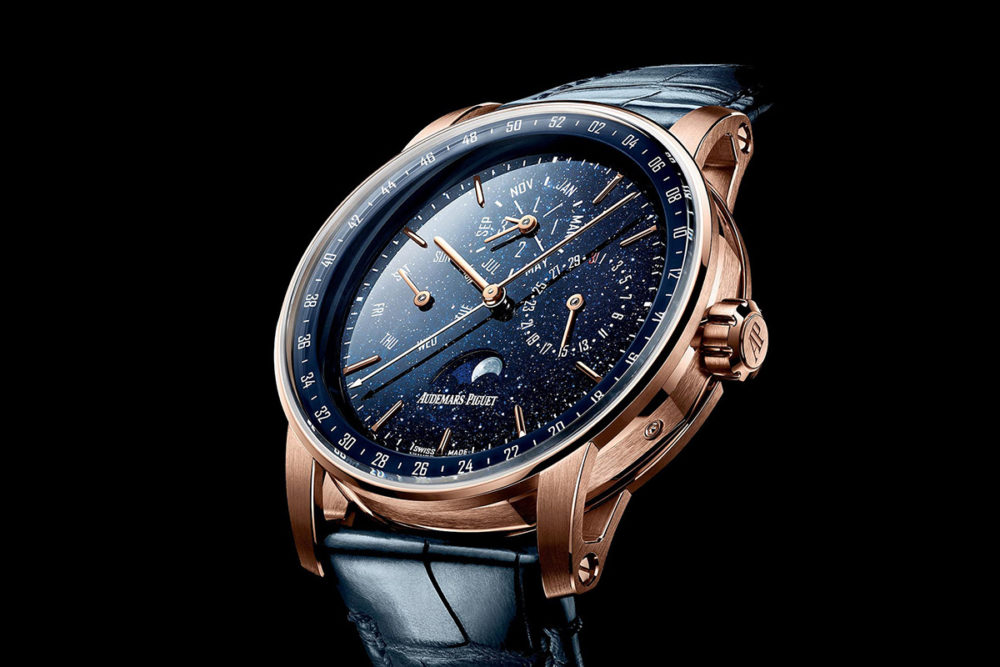 Audemars Piguet's hugely anticipated launch of its new Code 11.59 series was, in no uncertain terms, a camp-splitter. You either loved it or loathed it, but all could commend AP on its pursuit of precision and gallant attempt at changing the status quo. Frankly, if you're a devotee of the Royal Oak family, then Code 11.59 would possibly leave you scratching your head, but for those looking for something different, it presents a thoroughly modern introduction to a brand steeped in groundbreaking tradition. The most noticeable aspect was the octagonal middle case sandwiched within a round case, together with the unique lugs, which were attached only at the top fixture (with the bottom of the lugs resting on the case). As usual with AP, there was a host of iterations to marvel at, my pick of which was a stunning blue perpetual calendar. 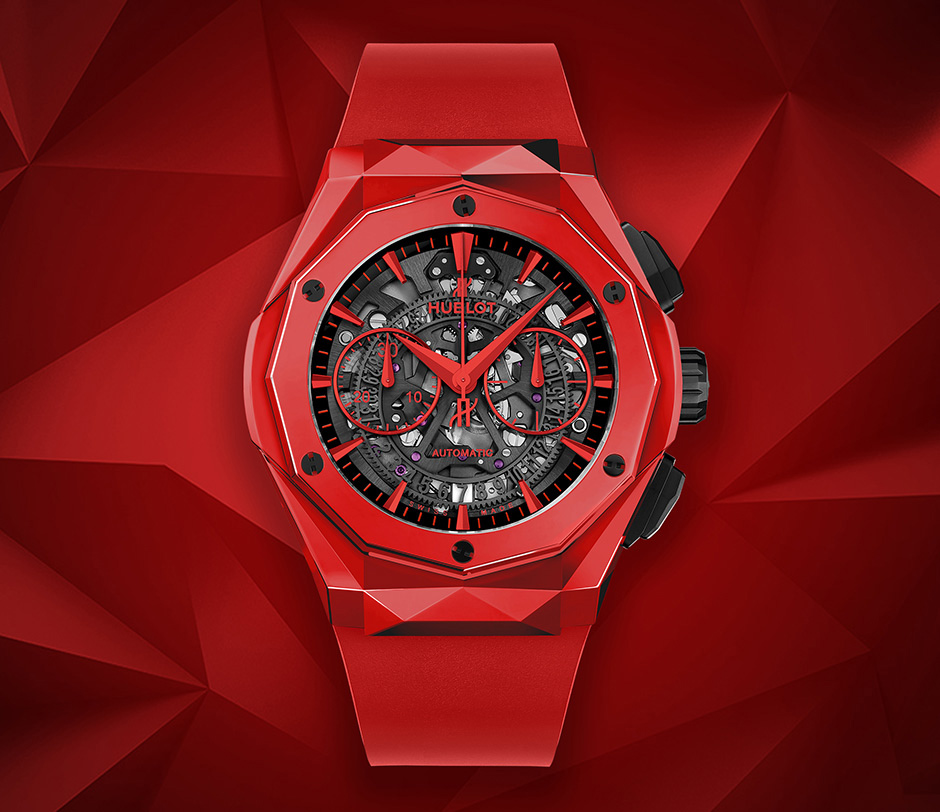 Hublot never does things by halves, especially when it comes to case innovation. At SIHH 2019, the metallurgy masters revealed a bold new collaboration with the French contemporary sculptor Richard Orlinski in the form of a eye-poppingly red Classic Fusion Chronograph. It won't be to everyone's tastes, that's for sure, but you can never doubt that Hublot will bring the surprises. The ceramic case was four years in the making, demanding a unique heating process that would not dull the vibrant red pigment. Much like Orlinski's pop art sculptures, the Classic Fusion that bears his name is a heavily faceted piece of art, featuring a 45mm case and matching red strap. Wallflowers need not apply. 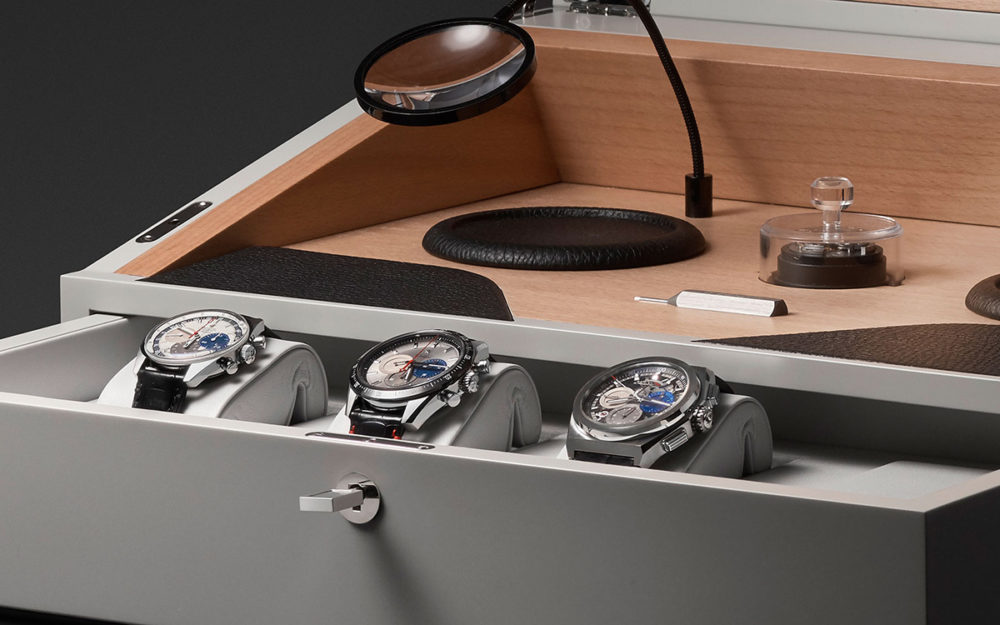 For the 50th anniversary of the El Primero, Zenith have launched a very special package that will delight aficionados of this iconic watch. Three unique El Primero's come will come housed in a box that recreates the look of a watchmaker's bench, the central point of which is the El Primero high-frequency chain - the heartbeat of the watch movement. Each of the watches (an El Primero A386 Revival, the Defy El Primero 21, and the very impressive Chronomaster 2 El Primero) represents the mastery of various fractions of time (, but there is, noticeably, a space missing for when Zenith's next advancement of watchmaking precision comes to life in the future. 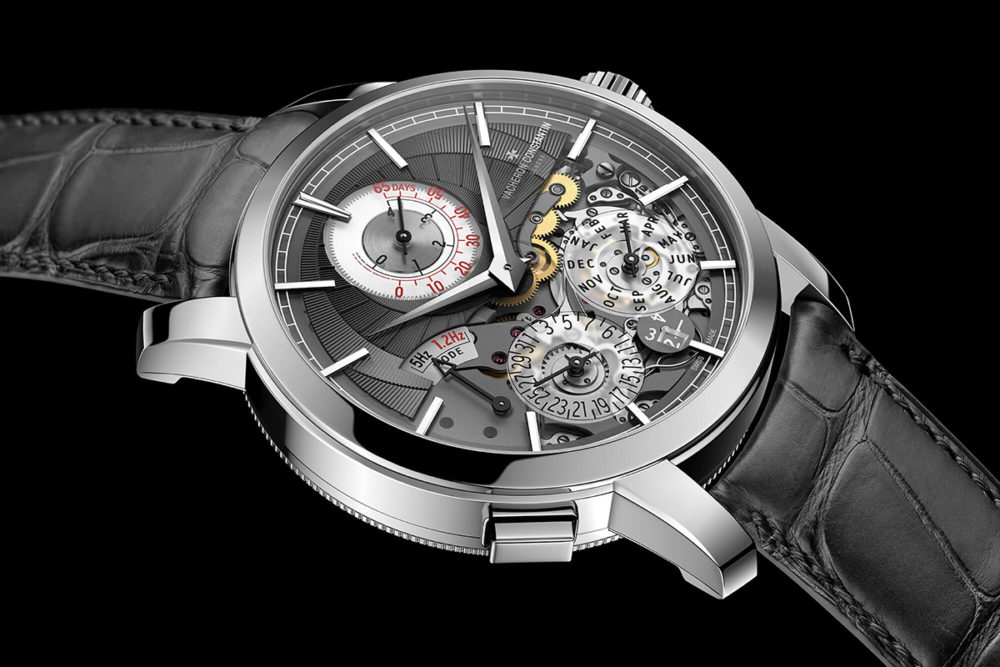 There were some real eye-opening novelties on display at Vacheron Constantin this year, with the "Mechaniques Sauvages" collection front and centre. These were less watches and more works of art, incorporating pounced ornament engraving and wood marquetry to bring the animal kingdom to life on one's wrist. But watch geeks sidestepped these and made a beeline for theTraditionnelle Twin Beat Perpetual Calendar. When worn, it beats at a high frequency that is aligned with modern active lifestyles, displaying the hours, minutes, date, month, leap year cycle and power reserve on its dial. But when it's not sitting comfortably on your wrist, its in-house developed calibre 3610 QP can be slowed down in order to guarantee an extended power reserve of at least 65 days, saving you the bother of fiddling about trying to reset it when it would have ordinarily powered down. 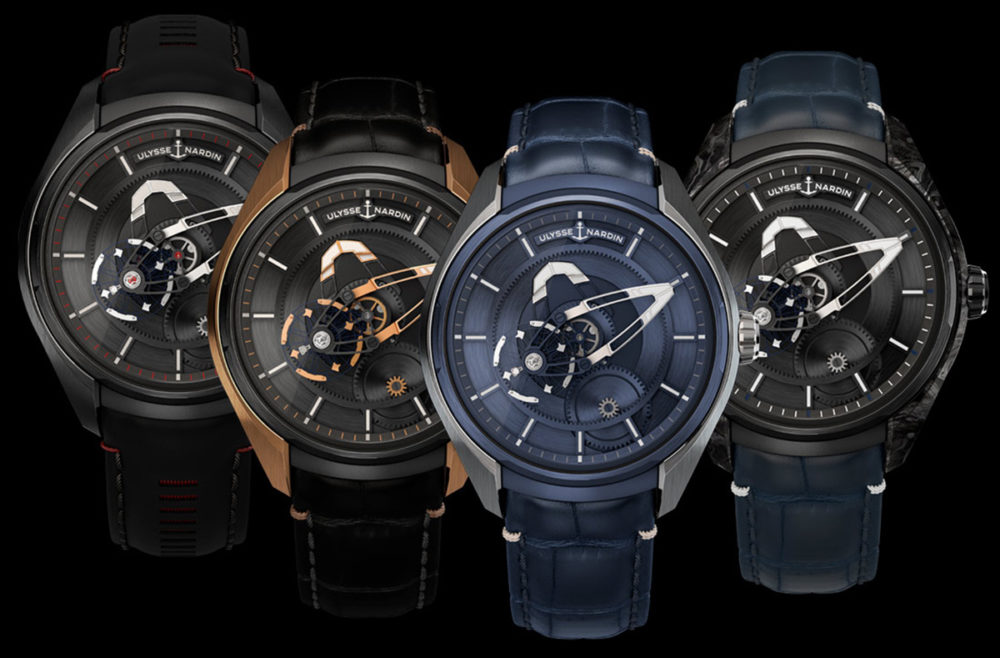 The freak came out at SIHH 2019 as Ulysse Nardin continued to grow into itself as a genuine top table Swiss matchmaker. The brand's flagship model was first launched in 2001 and has since been a fan favourite. This year's new release - the Freak X - continues along the same aesthetic rapids as its predecessors, breaking rules at every twist and turn - this time it was the introduction of a watchmaking first - its carbonium case material (also available in titanium, titanium DLC, and rose gold). Ulysse Nardin also tinkered with the movement to create a more cost-effective manufacture and thus a lower price tag. What's not to like?