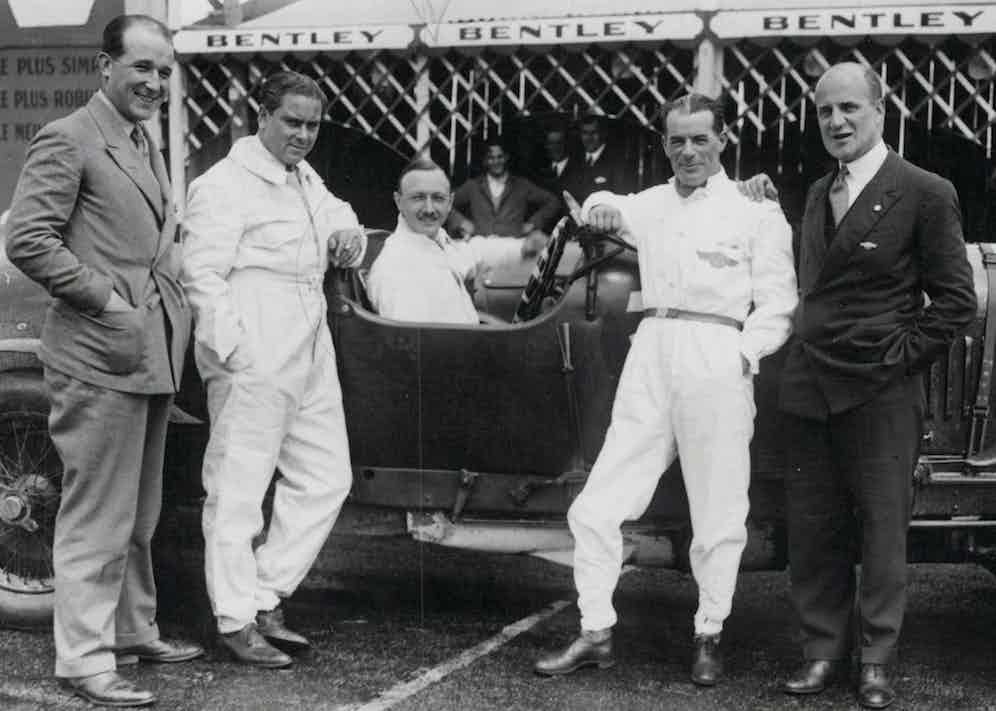 As the works Bentley (affectionately named ‘Old Mother Gun’) crossed the finish line of the 1929 Le Mans 24 Heures, the winners (unknowingly) ushered in the end of an era. The Bentley Boys era, the rise of the stock market and global political stability were about to come to a grinding halt. One more victory awaited the Bentley Boys at Le Mans the following year, but only at the expense of camaraderie and sacrifice. The bon vivant esprit de corps that had so typified their exploits had been torn apart by W.O. Bentley’s implacable resistance to change. But on that June day in 1929, when Bentley filled the first four places, the car driven by the two quintessential Bentley Boys — Woolf Barnato and Tim Birkin — took first, ingraining themselves in the national consciousness. Arguably a large part of what we see as the glamour and excitement of motor racing can be traced back to the achievements and exploits of a set of privileged and wealthy gentlemen who raced Bentley cars, lived in quasi-debauchment in Mayfair, and celebrated in eccentric and lavish style at The Savoy or Barnato’s country house. Although the drivers did not necessarily care for the title, they were nevertheless known as ‘the Bentley Boys’. 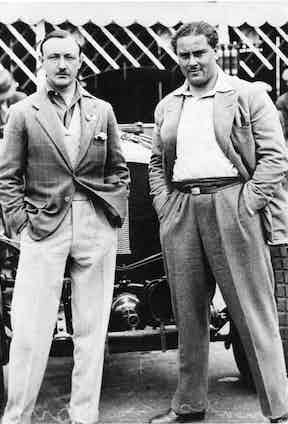 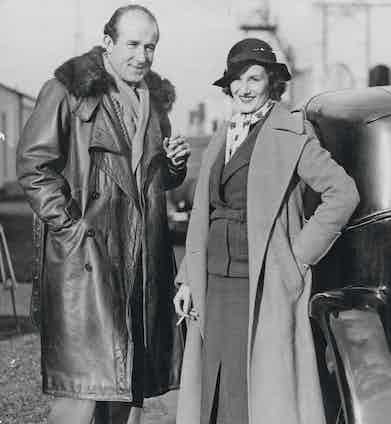 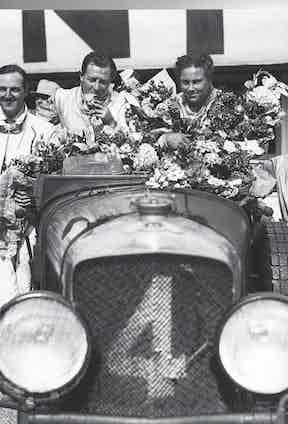 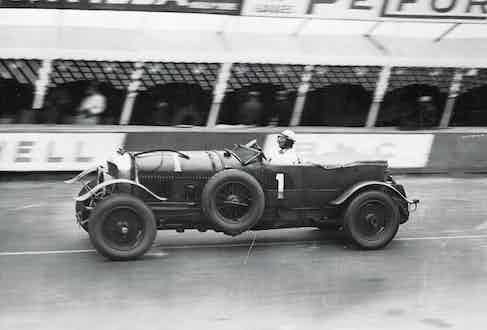 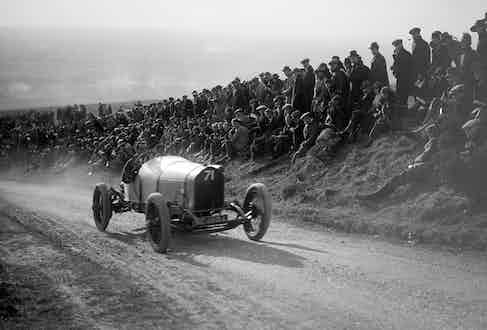 While Bentley Motors enjoyed racing success in other events, it was the annual jaunt to the west of France at the Circuit de la Sarthe in June that provided cars and drivers with their racing and racy reputations. Initially, W.O. Bentley (founder of Bentley Motor Cars) thought that running a race car for 24 hours was “crazy”. He initially predicted that no car would finish, but a private Bentley entered by John Duff and Frank Clement came fourth in 1923 and won in 1924. The results changed W.O.’s opinion on the matter. Clement had been recruited as the Bentley test driver by W.O.; Duff was a Canadian race car driver who in his day held more than 50 speed records and finished in the top 10 in his first Indianapolis 500. It was the start of the Bentley Boys era. The Bentley Boys, as a single group, are hard to define, but for now the group will be counted as the drivers who raced for Bentley during the latter years of the 1920s and secured four consecutive victories at Le Mans. They were certainly the main protagonists.

Bentley’s racing reputation, and the formation of the Bentley Boys, was down to the acquisition of Bentley by Woolf Barnato. W.O. Bentley was a brilliant engineer, but he was also a poor businessman. W.O.’s reputation had been made as an engine engineer for first world war fighter planes. He sidelined into automobiles after the war (with his brother) and set about making luxury grand touring cars with a reputation for reliability and endurance. The cars were a success on the track, but cost too much to produce. With the board critical of Bentley’s conduct, and the offer of a buyout from the Kimberly diamond magnate heir Barnato, the company was sold.

The Bentley Boys made the headlines with their victorious heroics at the 1927 Le Mans. The entries in 1925 did not go well, and the 1926 entry, driven by Dr. Dudley Benjafield (Benjy) and Sammy Davis, crashed during the final hour. The same pair drove again and were victorious in 1927. Their actions in the face of adversity, as well as their gung-ho style of racing, made their reputation. A severe pile-up of cars about five and a half hours into the race around the White House corner, which took out most of the leading cars, including two of the works team Bentleys, meant that the race gained wider press coverage. The final Bentley to arrive at the White House corner was driven by Sammy Davis. Davis skidded and crashed sideways into the other cars, but he had slowed just enough to save his car. He searched the wreckage for his compatriots and rivals, then limped back to the pits to repair the car (as other cars drove by) before continuing the race; Benjafield and Davis had to make up the distance to the leading cars. But they won. The team returned to Britain as national heroes.

The rest of the roaring twenties belonged to Bentley and the Bentley Boys. From 1928 to 1930 one driver held the perfect entry record for Le Mans (as he does to this day). Three times an entrant and three times the victor: Woolf Barnato. He was assisted, in order of victory, by Bernard Rubin, Sir Henry ‘Tim’ Birkin, and Glen Kidston. All four were the core drivers and partiers of the Bentley Boys set. These were the golden years, when the sun would not set on the British empire or a Bentley victory, nor diminish the speed of the car or the panache of the victory celebrations. 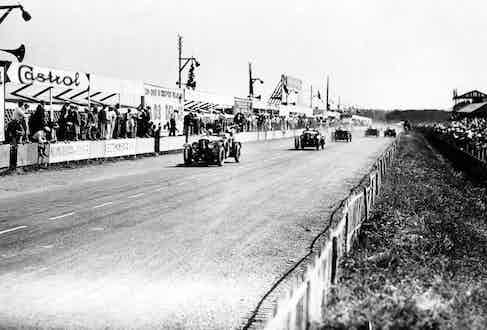 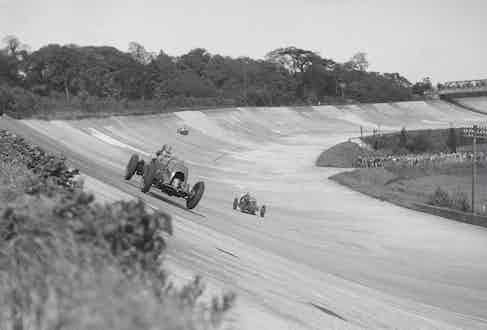 Barnato brought not only the depth of his well-tailored pockets as financial aid to Bentley, he ushered in a rakish and debonair swagger to the racing team. If you made up his life history, it might be more believable than the real thing. It reads as if torn from the pages of a Boy’s Own Annual. Everything Gatsby wanted to be, Barnato was. He was wealthy: he had a South African diamond mine trust fund to call his own from the age of two. He was educated at Charterhouse and Trinity, Cambridge. He gained national recognition for amateur boxing (where he acquired his ‘Babe’ nickname), and tennis, golf and swimming followed. He won the 1925 Duke of York Trophy using his Bentley-powered boat Ardenrun V. And because spare time weighed heavy on the financially independent and sporting gentleman, Barnato played first-class cricket, appearing as wicketkeeper for Surrey from 1928 to 1930 — and, yes, that was during the years he was winning with Bentley at Le Mans! Barnato served as an officer in the Royal Field Artillery, British Army, in world war I. He served in France, Egypt and Palestine; he attained the rank of captain.

Barnato bought his first Bentley in 1925, and within the year was winning at Brooklands. By 1926 he liked the car so much he bought the company. It might have been driving with Duff, in his Bentley for the world record distance over 24 hours at the Montlhéry circuit in September 1925, that persuaded Barnato to buy. Barnato and his playboy exploits regularly made the society pages of Tatler and The Sphere newspaper. And the winning Bentley drivers regularly made the front pages of the motoring press as well as the national newspapers.

However, for all of Barnato’s frivolities, he was disciplined and driven to succeed. As were all the Bentley Boys. Under the cavalier and raffish exterior, which was fodder for the society gossip columns, the victories on the track were won through planning and practice. With Bentley, and the decision to race, Barnato brought precision to the mission: pit stops were rehearsed and filmed (so drivers could see their errors). Bentley described Barnato as “the best driver we ever had and, I consider, the best British driver of his day. One who never made a mistake and always obeyed orders.”

Read the full story in Issue 54 of The Rake, on newsstands now and available to subscribe here.

The guest of honour at a Savoy dinner to celebrate the 1927 Le Mans win, a Bentley Model 7.