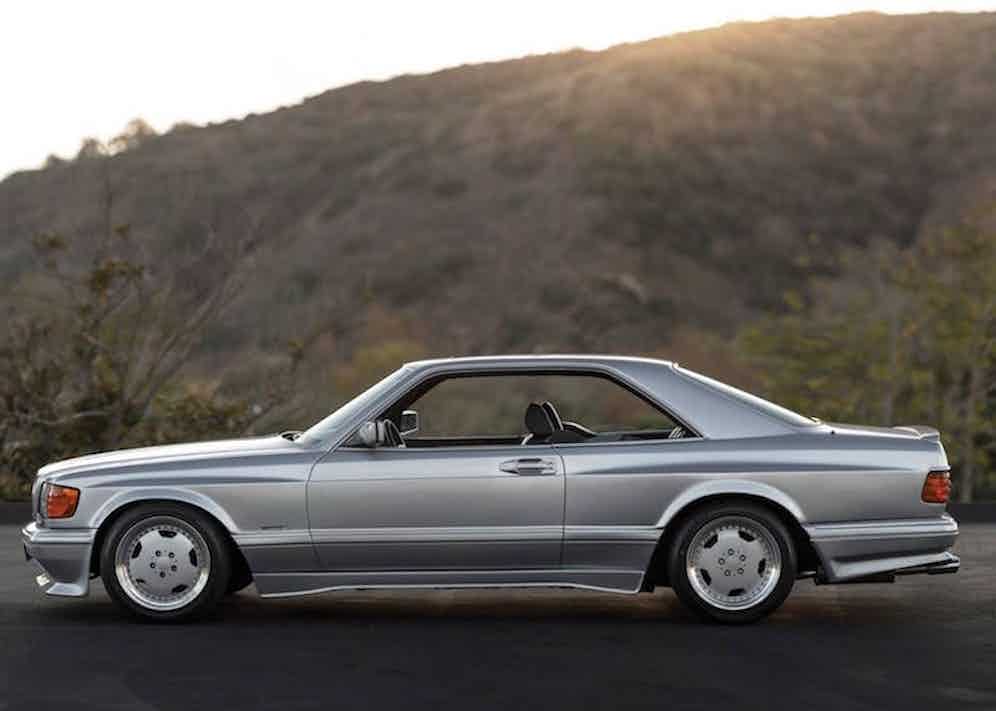 Following on from last week’spiece on the inimitable Jaguar XJS, this week’s impractical choice takes things in a slightly different - albeit familiar - direction. For the man who is considering purchasing a new super saloon, i.e. Audi RS6 or BMW M5, The Rake bids him not to. Forget the ruthless power and assured efficiency of these and turn back the clock to a more exciting time, instead focusing your attention on a golden but oft-overlooked age for luxury automobiles; the 1980s.

Some of the most lauded of all executive vehicles belong to the Mercedes-Benz S-Class family, which impressively can be dated back to 1972. Long a favourite of politicians, statesmen and, in the ‘90s, rap stars, the S-Class is synonymous with understated design and quality of build. There is one particular model The Rake would like to focus on though for the sake of this article, not that we’re particular or anything. Said vehicle is the Mercedes-Benz 560 SEC AMG ‘Wide Body’, and it’s the sort of car I would happily swap my hypothetical offspring for. One of the reasons this car is so impractical is because you will have to spend eight hours of your working day (every day) trying to find one. You will get fired. It’s unknown exactly how many were made but they’re about as rare as a nymphomaniacal nun.

The standard 560 SEC was the coupé version of the S-Class, coming with a 5.5-litre V8 out of the factory. No AMG models actually left the Mercedes factory though. During this time AMG was not actually owned by Mercedes, so curious customers would have to take their factory-fresh SECs to AMG themselves, speccing their car out as far as their wallets would take them. There were many different options. Customers could request as little as suspension upgrades and minor bodywork tweaks all the way to the full-fat ‘wide body’ kit and a 6.0-litre engine bore producing 385bhp.

Back in 1990 the cost of a fully-specced 560 SEC AMG was around $200,000, and today they are generally considered to be the most heroic of the Mercedes/AMG cars before the merger of the two companies. The first ‘official’ model, the AMG C36 was not introduced until 1993, but it’s cars like the 560 SEC AMG that set the precedent of what one expects from an AMG product today, namely transforming fairly ordinary looking automobiles into denizens of speed, grandeur and head-turning magnificence.