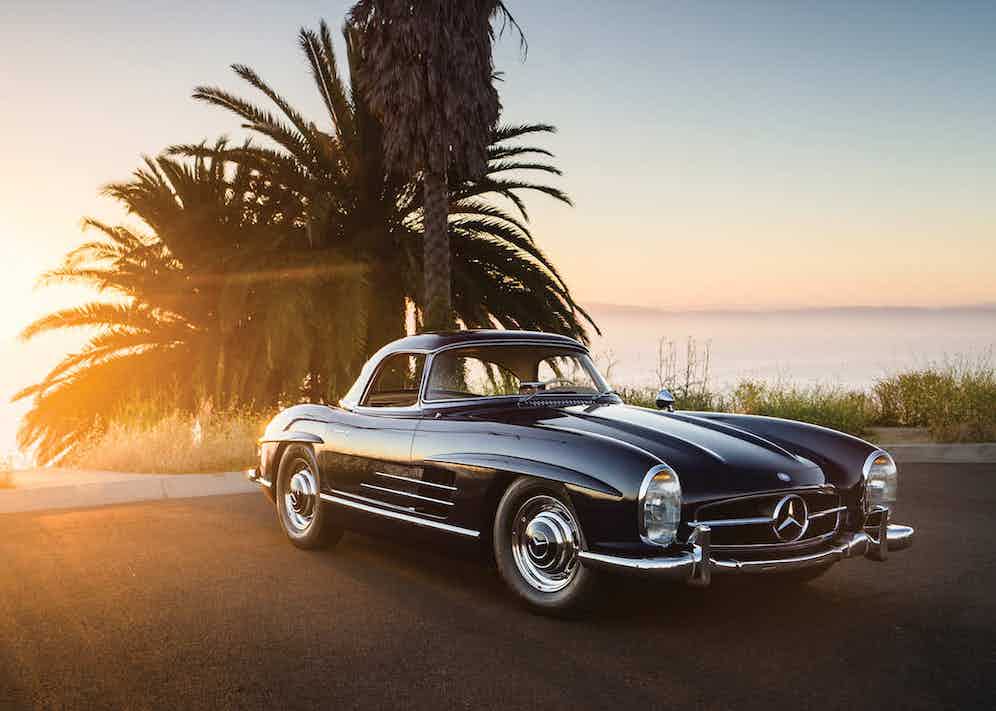 In the world of 21st century supercars, utilising technology honed in motorsport is the norm. Ferrari’s latest record breaker, the LaFerrari, is powered by a complex hybrid engine system inspired by its race-winning Formula 1 car, while its rival, the McLaren P1, features a Drag Reduction System in its rear wing, also first developed in F1. Even many fast hatchbacks are derived from their racing brethren, such is the demand for excitable, competition-inspired automobiles. In the early 1950s, though, this notion didn’t exist. Sure, sports cars were a thing, but they were hardly technologically advanced, and certainly weren’t comparable with race-bred machines. The 300 SL Gullwing broke the mould. When it was first unveiled, in 1954 at the New York International Motor Sports Show, the rulebook for what was expected of a sports car was re-written. Here was a car that was essentially a road-going version of Mercedes-Benz’s highly successful W194 300 SL, the first racing car built by the marque after the second world war, and also the first automobile to bear the SL (Super Light) moniker. It went on to achieve one-two victories at both the 24 Hours of Le Mans and the Carrera Panamericana, with a large part of its success attributed to its innovative aluminium tube spaceframe chassis, which weighed only 50 kilograms yet offered maximum stability through slow- and high-speed corners.

The road-going Gullwing made use of the same spaceframe chassis found in the W194, as well as its free-revving 3.0-litre, overhead cam straight-6 engine, although it actually took things a stage further. The race car’s raw, twin-barrel Solex carburettors were replaced with a direct fuel injection set-up, making it the first production car to benefit in such a way. It ensured it was the fastest machine of its day, ramping the power output up from 175bhp to 215bhp. A top speed of 160mph was achieved, which for the mid 1950s was rather staggering.

Eagle-eyed readers will note that the car pictured doesn’t have the 300 SL’s famous ‘Gullwing’ doors, and that’s because it’s a Roadster. Introduced in 1957, Mercedes recognised the demand for open-top driving, and innovatively redeveloped the 300 SL, updating the engine with a competition camshaft, revising the rear axle to reduce oversteer, and maintaining the spaceframe chassis of the original, which this time was cleverly hidden under the sculpted body panels. With this ultimate display of engineering, the Roadster was every bit the performance car the Gullwing was, yet it provided a thrilling wind-in-the-hair drive befitting of its movie star good looks. Prices for 300 SLs have sky-rocketed in recent times — whether in Gullwing or Roadster form — with auctions regularly ending at well over $1,000,000. Given the historical significance of the 300 SL, the low production numbers, and of course its stop-and-stare good looks, the evidence points towards that figure climbing steadily in the years to come. 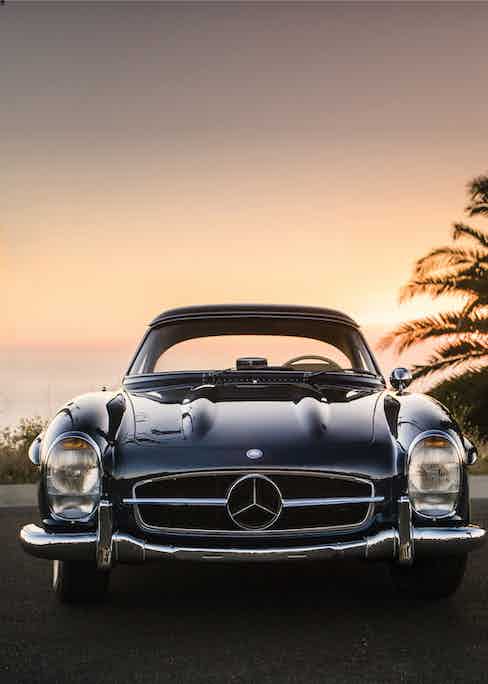 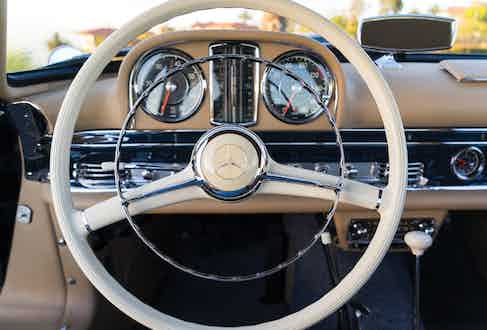 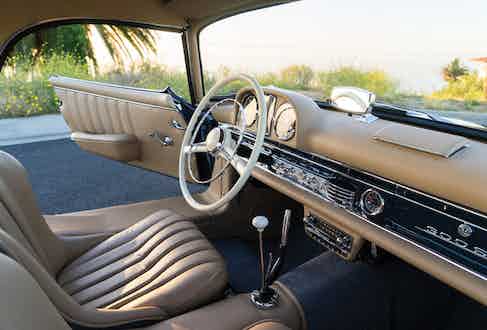 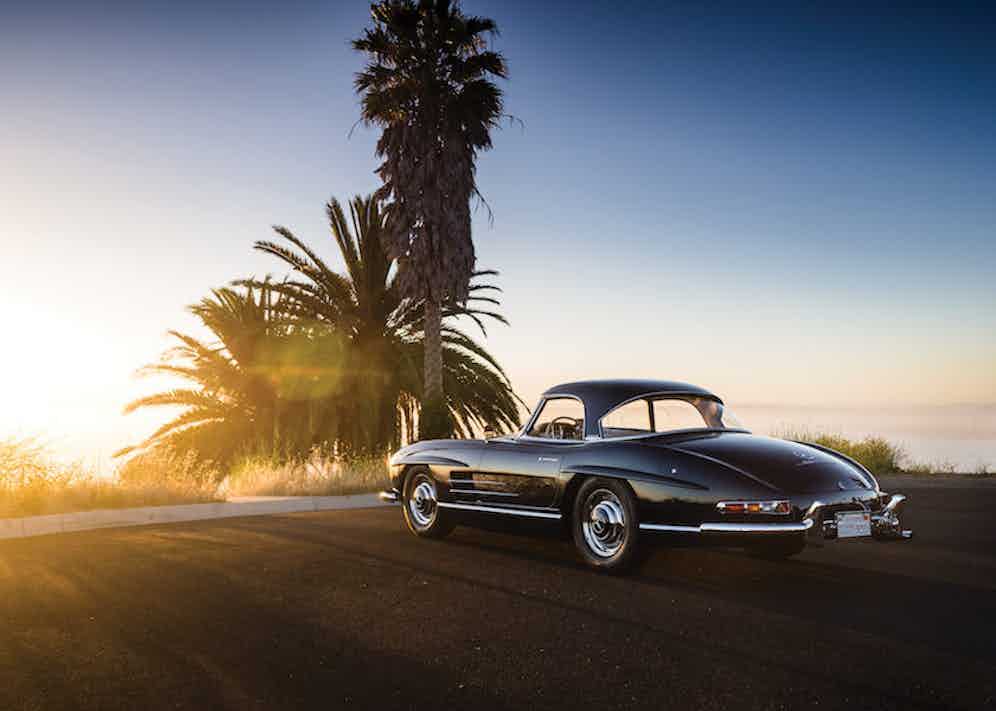 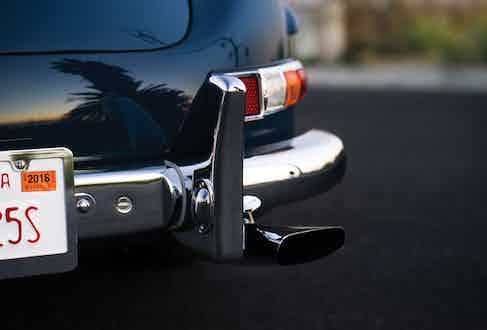 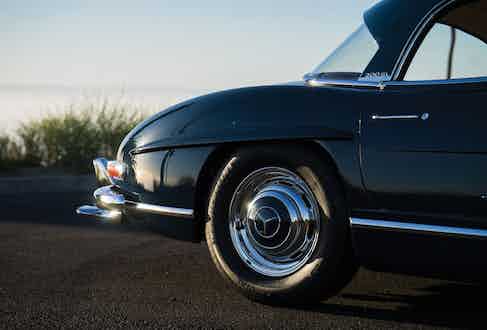 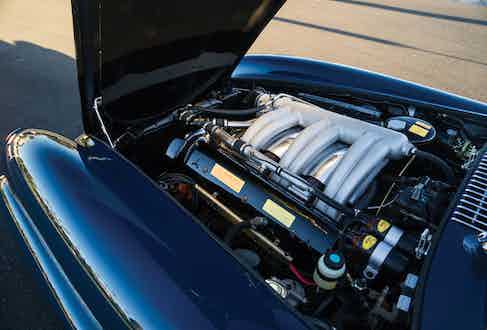 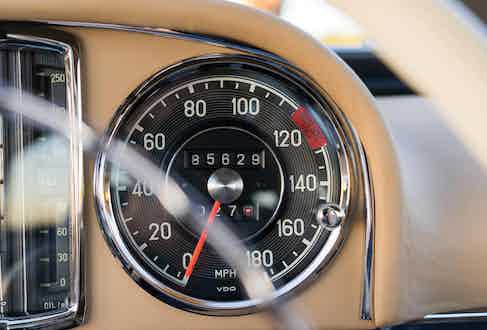