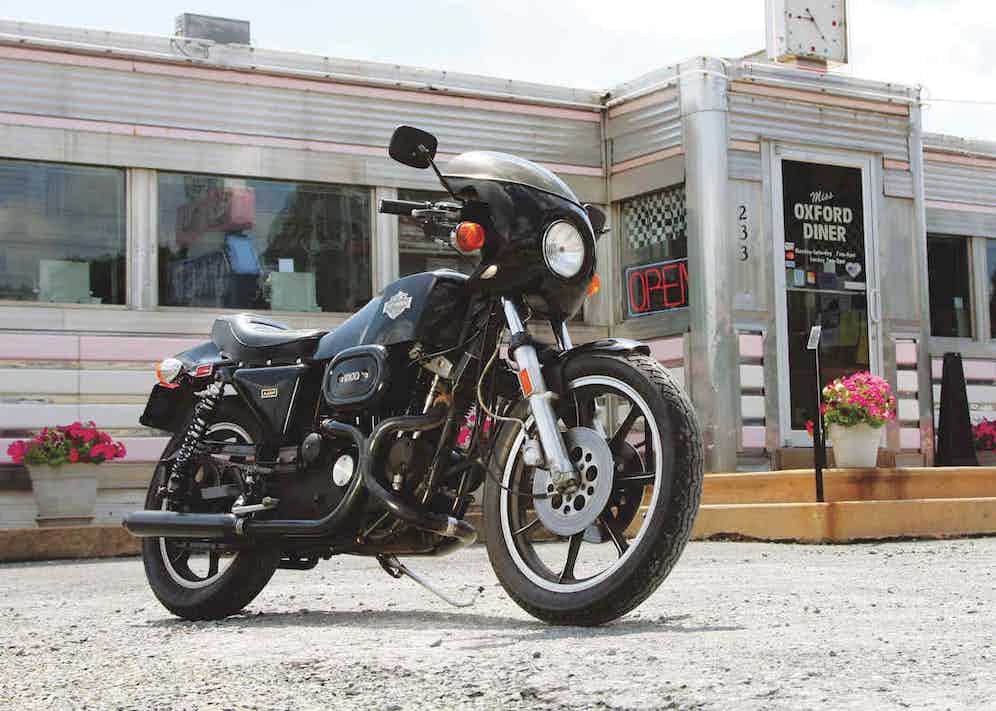 Long before acquiring a Harley-Davidson joined hair dyeing, secretary goosing and seriously hiking the average age at nightclubs on the list of things lazily associated with a mid-life crisis — a concept so trite, so joy-murderingly reproachful, it makes one’s (possibly acrylic) teeth itch — the company compiled a history that is fascinating enough to befit a brand so famous, so fawned over, that its owners’ group has more than a million members worldwide.

Shortly after Arthur Davidson co-founded the company in 1903 with his older brother Walter and their engineer friend Bill Harley, in a small shed in Milwaukee, the bikes were being raced against Indian equivalents on wooden ‘board track’ courses around the U.S. So rapidly had their reputation grown by the outbreak of World War I, the American military began sourcing them for use on the front lines (they were also used in World War II, and to combat Mexican bandits like Pancho Villa).

But it was in the late 1970s that the company’s production history took an interesting turn, with the creation of the XLCR model. Based loosely on prototypes of the XL Sportster of the fifties, the XLCR (the XL denotes the Sportster family; the CR stands for Café Racer) was a massive left turn at the lights design-wise, with its ‘bikini’ front fairing, pared-down front fender, squared-off fuel tank, pillion-free saddle, seven-spoke wheels and all-black finish. But just shy of three decades after the model was first wheeled out of the Harley production line, the XLCR today looks like a masterpiece of brutal elegance.

The real investment you’re making here, though, is an existential one. Purchasing one of these bad boys is a two-fingered salute to the sour-faced puritans who employ the ‘mid-life crisis’ dysphemism with finger-wagging glee, and a celebration of the mature male’s tendency towards gloriously frivolous acquisitions. Long may they continue, and to grace the pages of The Rake.